The film is set at an upper-class, all-girls boarding school in the American South in 1864 — at the height of the Civil War — and stars Nicole Kidman, Kirsten Dunst and Elle Fanning as a headmistress, a teacher and a teenage student, respectively.

As is the case with so many of Coppola’s films, the costumes in The Beguiled (designed by Stacy Battat) are works of art in themselves. Dreamy lace nightgowns and dresses in demure white and soft shades of lavender and pale blue, they are the perfect cover for whatever dark secrets the girls keep.

“I liked that [the costumes] had been washed a million times and left out in the sun. It just felt very feminine, almost like they were ghosts left behind,” Coppola told Entertainment Weekly. 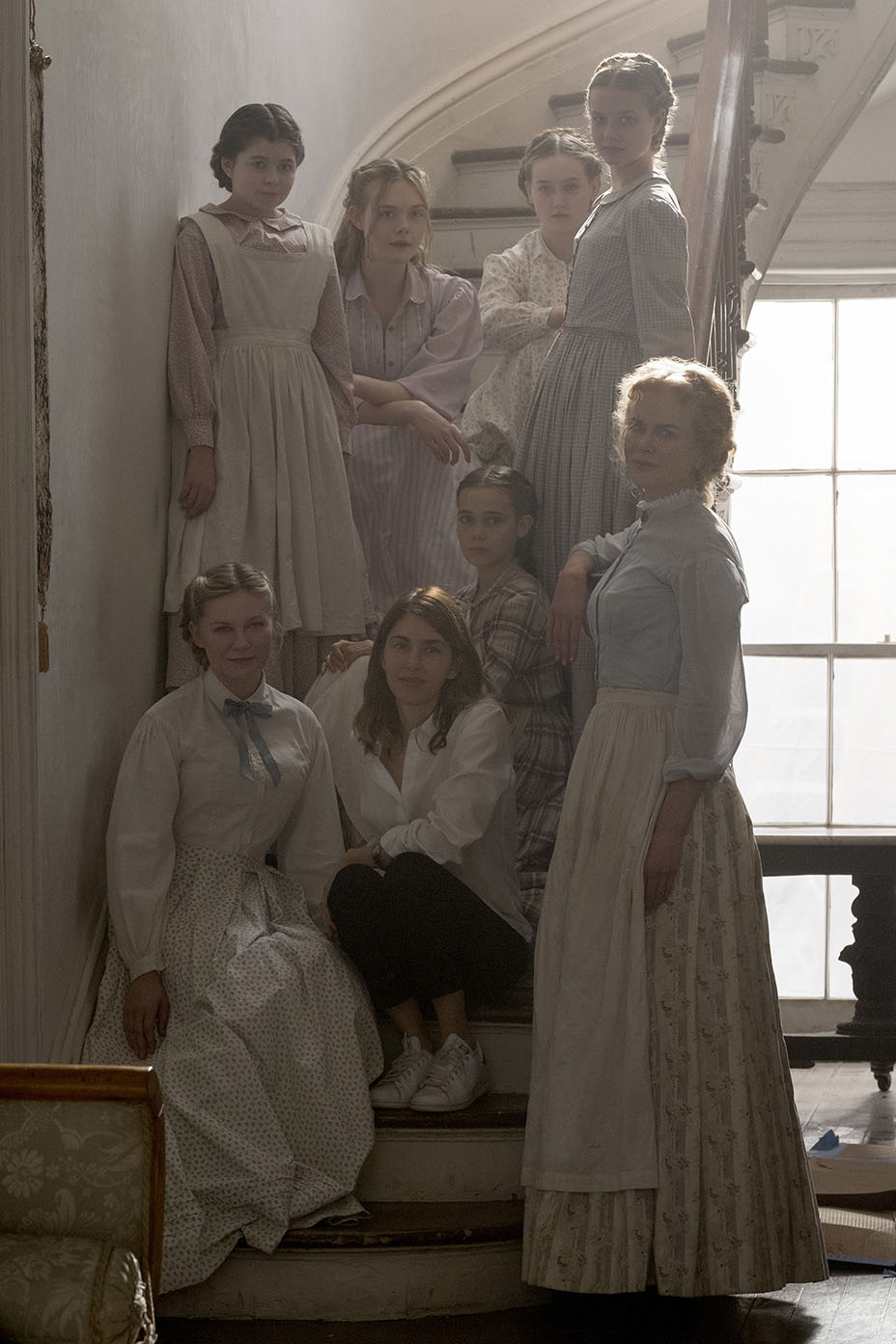 Perhaps as an homage to their onscreen characters, the leading blondes stepped out for the daytime photocall in ankle-length dresses featuring elements reminiscent of their Southern Gothic costumes — from ruching (Fanning, in Alexander McQueen), to lace (Kidman, also in Alexander McQueen) to high collars (Dunst, in Loewe). The pale color palette of dusty rose and white also made for a complementary photo opp. 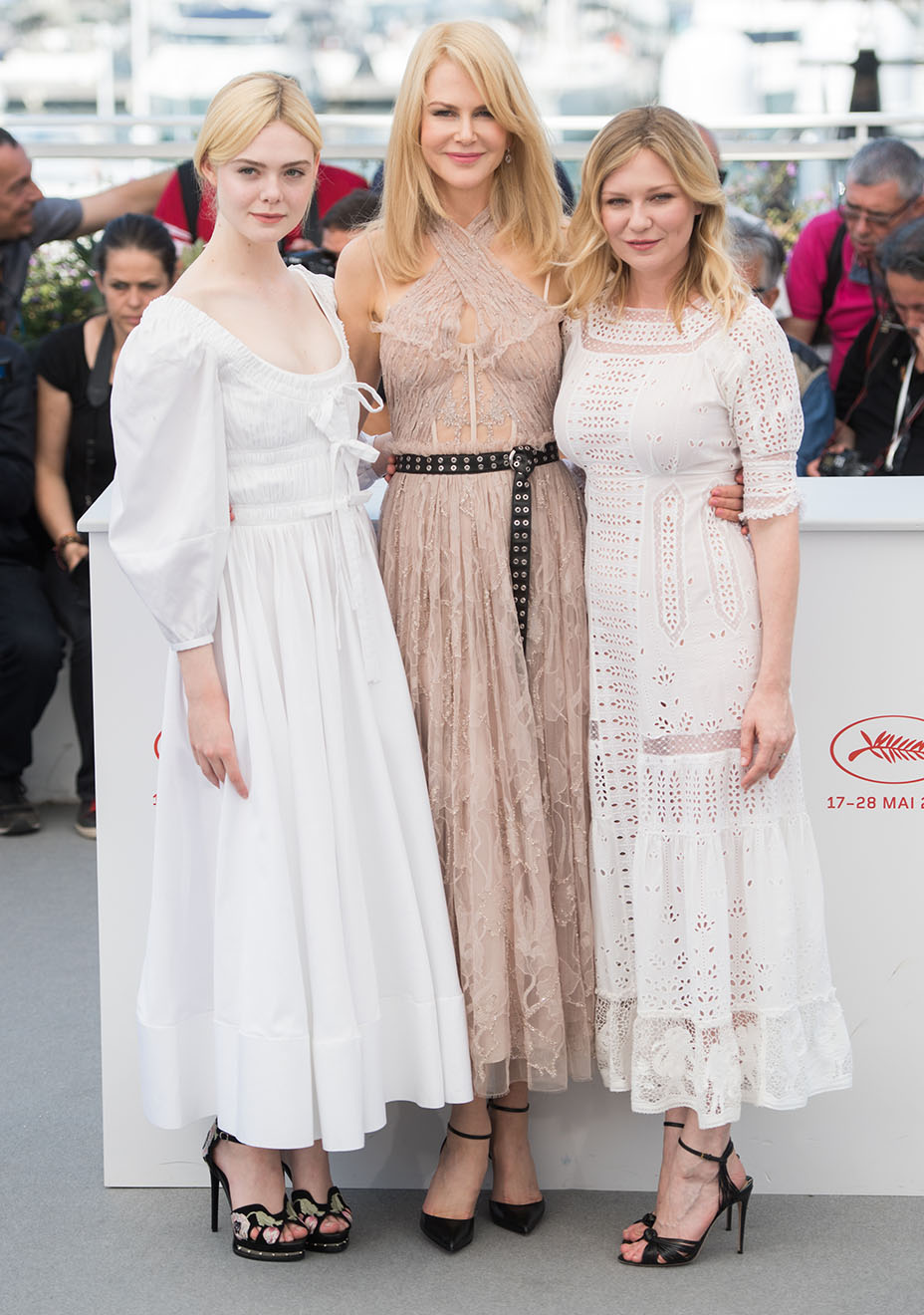 For the evening looks, the pastel shades that are woven into the costume story were echoed by the actresses, whose dresses were decidedly glitzier and more modern than their daytime looks. Fanning wore a bold lavender tulle Rodarte gown, while Dunst opted for a Romanesque-style Schiaparelli in a forget-me-not blue draped silk chiffon with metal plate detailing. Kidman, meanwhile, was radiant in a silver and white fringe Michael Kors Collection gown, which she rocked with a bold burgundy lip. 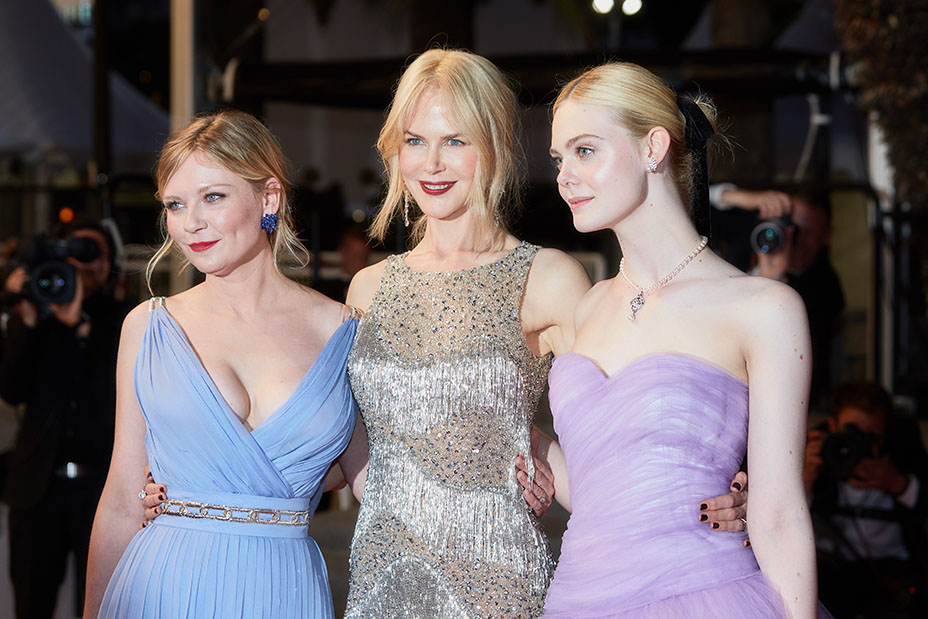 The actresses have not mentioned whether or not their coordination was intentional; however, we’d like to think that as in the film, there was more going on than meets the eye.

Watch the trailer below.