The producers are hoping the film will do for the war movie in China what local blockbuster The Wandering Earth ($780 million) did for the sci-fi genre earlier this year — set a new standard for production quality while making a bundle at the box office.

The film is set to open in China on July 5, in the thick of summer blockbuster season. Most of the international territories sold so far are lined up for day-and-date theatrical releases with China, or not far behind. Huayi Brothers is expecting to close out remaining territories during the Cannes film market.

The Eight Hundred is said to have a production budget in excess of $80 million — which sits at the very upper end in China, where the industry remains nonunionized and production costs run much lower than in Hollywood. 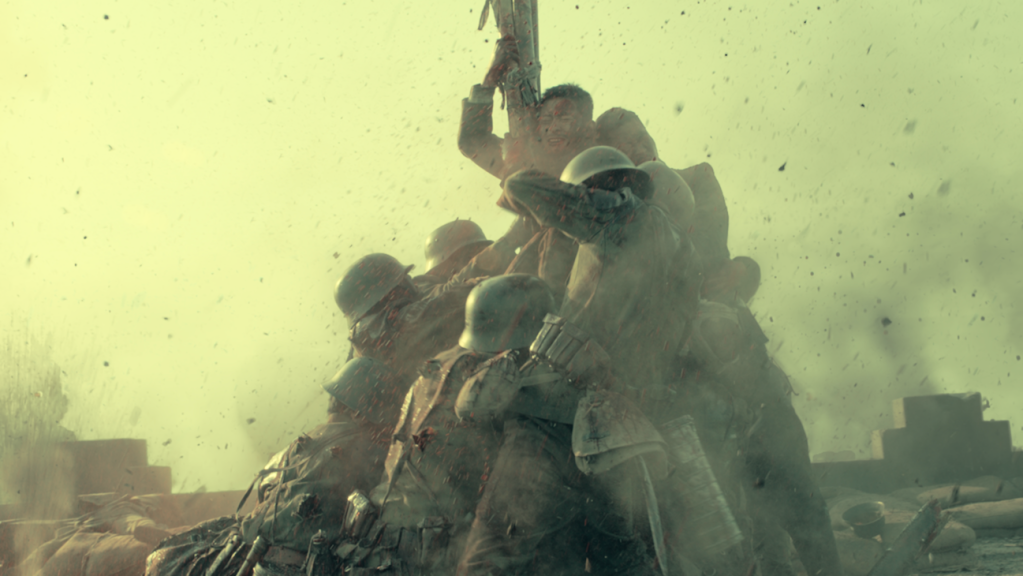 The film is already generating buzz in Beijing among local producers and executives who have viewed early cuts. The most common comparison has been that the film is like “China’s answer to Dunkirk.”

The Eight Hundred was already underway before the release of Christopher Nolan’s impressionistic WWII film, but the Huayi Brothers project does bear some similarities to Dunkirk — both in its realistic approach to action and that its story focuses on a heroic sacrifice and retreat rather than a decisive victory.

The film is based on a pivotal battle in 1937 during the Sino-Japanese war: the historic siege and defense of the Si Hang Warehouse in Shanghai. This brutal, merciless encounter marked the last stand of the Chinese forces in the Battle of Shanghai and ended with the Japanese occupation of China’s most cosmopolitan city. About 400 fighters, an unlikely mix of soldiers, deserters and civilians who, as the story turned to legend, became known as the “Eight Hundred Heroes,” held out against waves of Japanese forces for four days and four nights in order to cover for China’s principal forces, which retreated west to protect the country’s heartland during the next phase of aggression.