The standard poodle was lauded for his work in Noah Baumbach’s The Meyerowitz Stories, a pawsitively stunning turn as Dustin Hoffman’s emotionally neglected pooch.

Jury member and Guardian film critic Peter Bradshaw said Bruno’s intense pawformance represents “what some would say symbolizes the brutal submission to Republican domestic policy.” Bruno had long been the frontrunner for the role.

The Grand Jury prize went to Lupo, a German shepherd who made his star turn in the critics’ week entry Ava. The film tells the coming-of-age tail of two teens and a dog that form a tight pack for the summer as the titular character is losing her sight.

Director Lea Mysius was on hand to receive the award, which she called an honor. “This is the best prize I could imagine,” said Mysius. They then showed a clip of Lupo riding on a motorbike, which Mysius told The Hollywood Reporter was filmed using green screen. 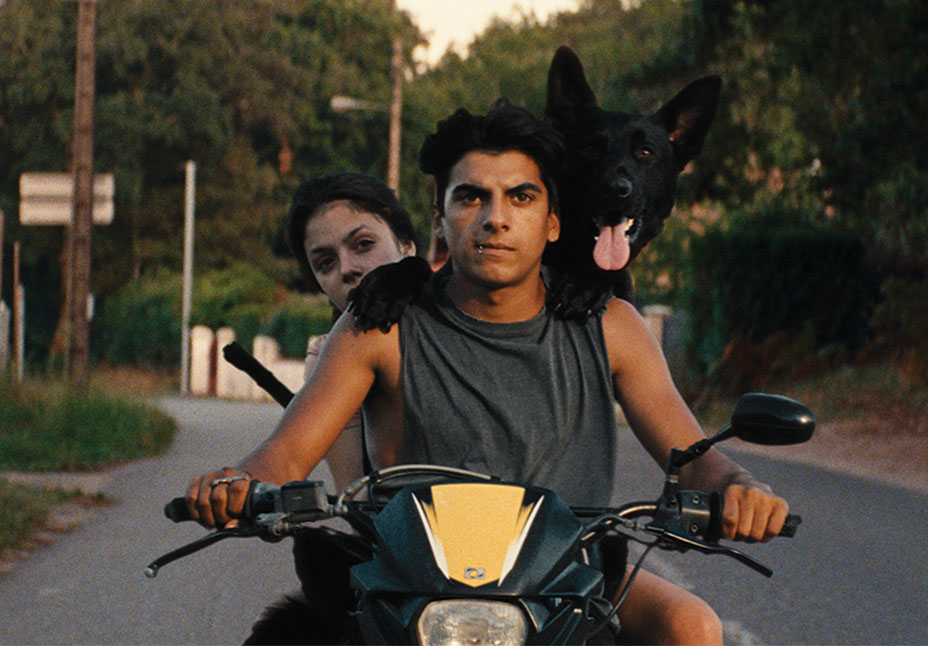 Human Robert Pattinson was given a special mention for his performance in Good Time, in which he tells a canine co-star that he too was a dog in a previous life. “If anything emphasizes the canine-human empathy connection at the heart of the Palm Dog it is Mr. Pattinson’s performance. However, giving the award to Mr. Pattinson would be against Palm Dog rules,” said founder Toby Rose.

Indeed, it was a ruff year for the Palm Dog, with the competition somewhat collared for lack of entries as many films featured other animals, such as a bonobo monkey in Ruben Ostlund’s The Square.

Leslie Caron, who received the DogManitarian award, appeared via video to accept the award with her Shih Tzu Tchi Tchi. “Dogs deserve their place on the awards circuit, and I am truly proud to share this award with Tchi Tchi,” the actress said.

Before the ceremony, security dogs were given a special recognition by the panel with Evan, a security dog from the Palais, and Glock, an explosives sniffing dog, taking to the stage. Overcome with emotion, Glock gave a long speech, barking at the crowd.

The two were part of the team sent inside the Palais when there was a bomb scare last week, and while they didn’t receive an award, the panel threw them a bone with each receiving boxes of treats.

Rose also announced the Palm Dog will be the subject of an exhibition at the National Museum of Cinema in Turin, Italy later this year.

Cannes: Who Left the Dogs Out?