Cannes 2017 will be a watershed moment for Netflix: Just two years after its first big push into the film business — with Cary Joji Fukunaga’s Beasts of No Nation — the deep-pocketed disrupter has crashed the gates of the world’s most austere festival with two titles.

Until now, the event was seen as the final defender of “pure cinema” — movies made for the big screen, not for online streaming. By adding Netflix films to the competition lineup this year — the sci-fi fantasy Okja from Snowpiercer director Bong Joon-ho and Noah Baumbach’s The Meyerowitz Stories starring Adam Sandler and Ben Stiller — Cannes has, inadvertently, set up the 2017 festival as a showdown between the streaming giant and traditional distributors and theater owners, many who see Netflix’ online-only distribution strategy as an attack on their business model, which relies on an exclusive window when movies play in theaters.

Inadvertent, because, as Cannes made clear in an announcement this week, the festival had hoped to convince Netflix to release both its competition titles in theaters in France before they go out online. The move was intended to appease the furious French industry. Jean Labadie, president of French distributor Le Pacte, accuses Netflix of promoting “the death of the theaters” with its online-first strategy. Initially, Netflix suggested it would consider a limited theatrical release for both Okja and The Meyerowitz Stories in France, if it could do so without having to comply with the country’s strict windowing, which requires a 36 month gap between a film’s theatrical bow and its release online. 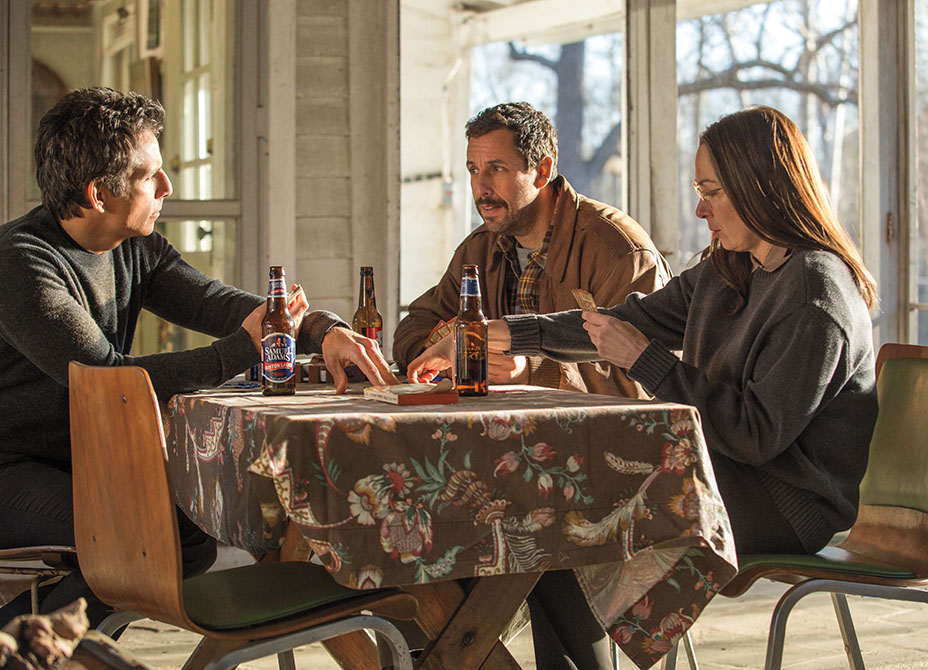 “We are definitely not anti-theater, but we are anti-theatrical window,” Netflix content acquisition vp Robert Roy told The Hollywood Reporter. “To the extent that we can go day-and-date and theaters are willing to distribute — the movie at the same time that we put it up on the platform, we are definitely open to those kinds of conversations.”

But it was not to be.

“The Festival regrets that no agreement has been reached,” Cannes said in a release on Wednesday. In response, Cannes introduced a new rule, from next year on, only films that have theatrical distribution in France will be accepted in competition.

“The Festival is pleased to welcome a new operator which has decided to invest in cinema but wants to reiterate its support to the traditional mode of exhibition of cinema in France and in the world,” Cannes organizers said.

The festival may be siding with the traditionalists, but the debate over the future of movie distribution is far from over and Cannes 2017 may prove a decisive battle ground. Labadie warns that letting Netflix into Cannes this year sets a troubling precedent for the industry. “It’s dangerous that a film that could win the Palme d’Or will never be seen in a theater,” he says. “It’s a symbol.”

“The establishment closing ranks against us,” wrote Hastings in a post on Facebook, adding a promotion for a Netflix title. “See Okja on Netflix June 28th. Amazing film that theatre chains want to block us from entering into Cannes film festival competition.”

Compared to Amazon, which has shown a willingness to work with distributors and conventional windows, the Netflix model poses a much greater threat to the traditional film business than that of its main rival. But, says Mimi Steinbauer, president of film sales group Radiant Films International, as Netflix also moves into the business of “quality films,” the resistance of the old guard is breaking down.

“I think we are all learning we have to be flexible in our thinking and realize that the release dynamics are changing,” says Steinbauer. “Not just the windowing and all that, but just in terms of where is our product and where is our quality product coming from. And Netflix has been involved in really quality stuff, both on the TV side and the film side.”