Call it the Cannes version of the Super Bowl spot.

Tentpole ads and marketing stunts are popping up all over the Croisette in the lead-up to the Cannes festival, which kicks off Wednesday. Among the most splashy is Sony’s Spider-Man: Homecoming billboard atop the Carlton Hotel and Lionsgate’s trailer installation for Robin Hood in front of the Majestic Hotel.

But unlike Super Bowl ads, these spots aren’t terribly expensive, sources say. Still, they offer a way for studios to drum up international buzz for their upcoming big-budget movies, sometimes a year ahead of their release.

“We first used this space five years ago,” said a Lionsgate representative of the Robin Hood ad. “Given the traffic at this location, we think it’s a nice tradition and a great way to support our filmmakers and sales team.”

For the second year in a row, Sony is going all out at Carlton Beach and pier with a promotional event Tuesday at 4 p.m. Cannes time for The Emoji Movie. Voice star T.J. Miller, who flew in to town 24 hours earlier, will introduce the international trailer of the movie, which opens July 28, following a Facebook live stream of the stunt.

“Last year, we had a very successful event [promoting The Angry Birds Movie] as we took advantage of the world’s media being in Cannes,” a Sony source said. “We did it on the day before the event officially launched — a day when the media are hungry for content but without any festival news to report.”

That ploy seemed to work. Angry Birds made more than twice as much at the overseas box office as it did domestically with its $350 million worldwide haul. Voice star Josh Gad was joined at the event by international stars who voiced characters in their respective countries like Russia and Italy. 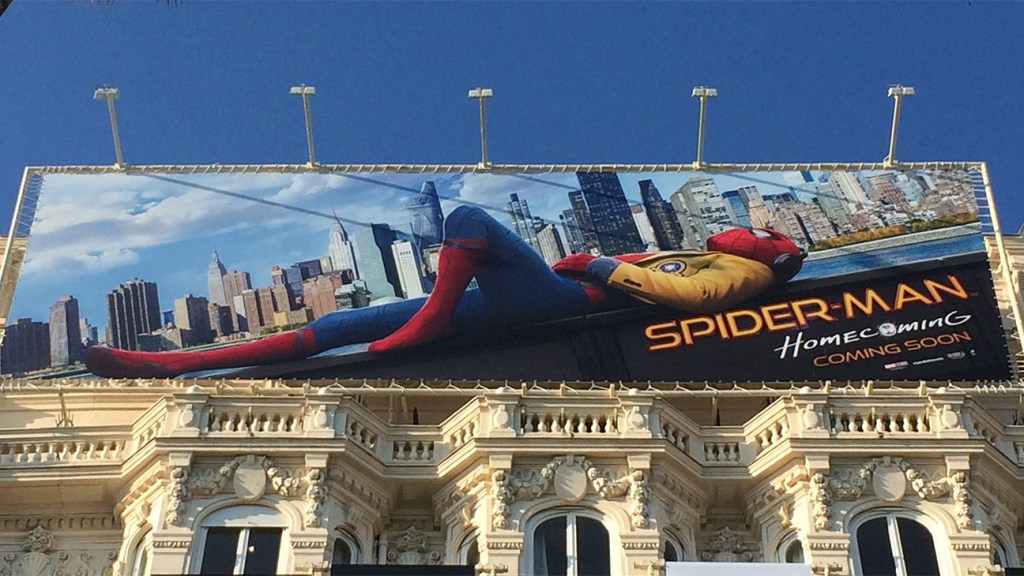 “[There’s] no better way to keep the movie at top of mind than to be incorporated into Cannes’ anticipation stories airing across the globe,” the Sony source added.

With Robin Hood, Lionsgate is building early buzz for the film that stars Taron Egerton, Jamie Dornan, Ben Mendelsohn and Jamie Foxx because it doesn’t open until March 23, 2018. But the studio has used the prime space dating back to the early Hunger Games movies. As the first and only studio to use the space, it gets first dibs. Sony is getting a more immediate bang with its Spiderman billboard, given that the tentpole opens in seven weeks on July 7.

As for how the ads are resonating with the average person, a British tourist said the Croisette ads are stickier than a creme brulee. “We came the other day and they stand out so we’ve taken pictures of them,” said Ian from Liverpool, who declined to disclose his last name. “They are movies we’ve never heard of.”

(Danielle Garcia contributed to this report.) 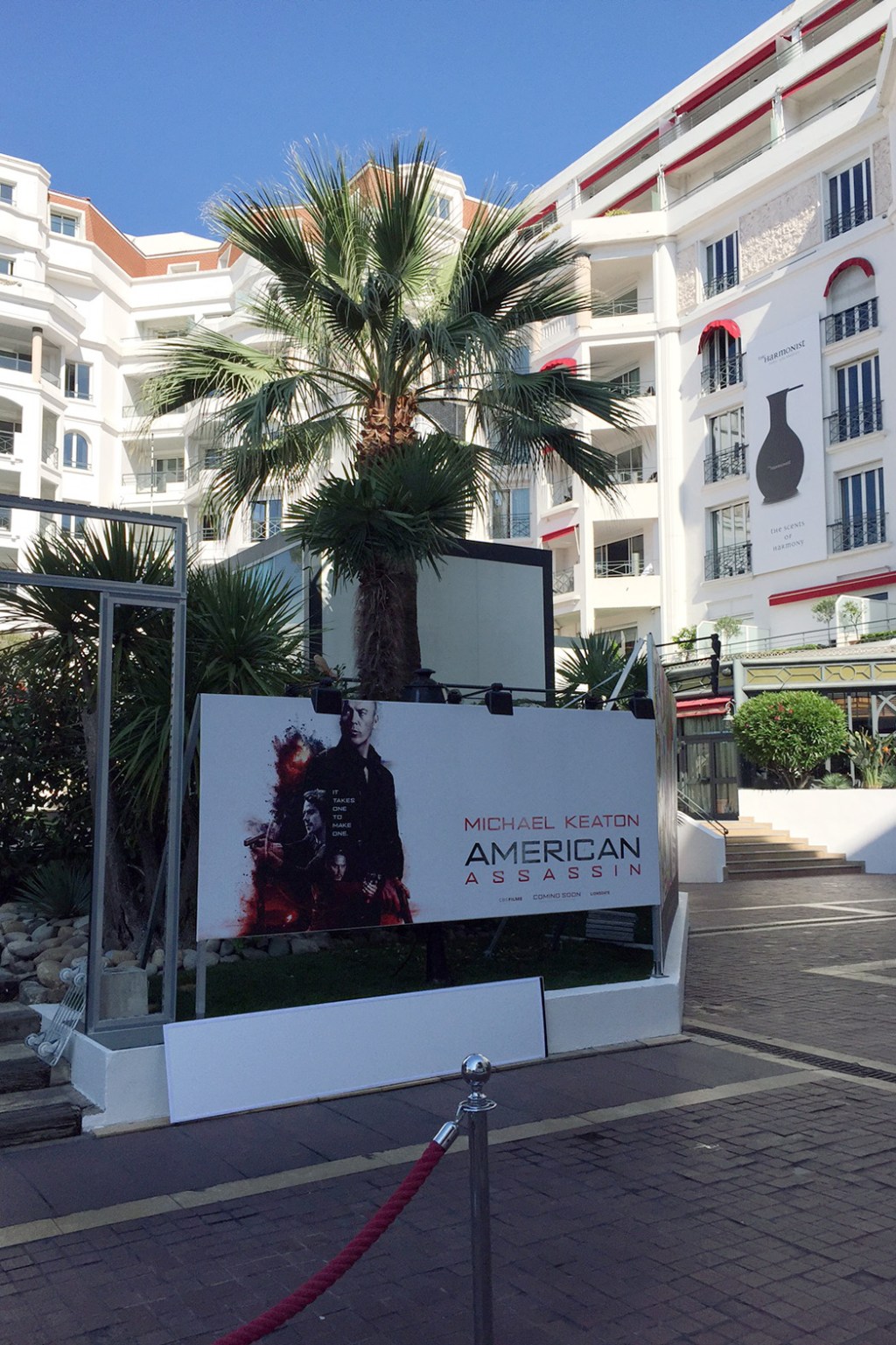