The veteran producer and CEO of New Element Media has established a reputation for working with maverick auteurs — Oliver Stone, Sean Pean, Abel Ferrara, Michael Winterbottom, Larry Clark, Harmony Korine — and finding creative ways to get films made that don’t fit the industry’s cookie-cutter models. As such, the 55-year-old Argentine is very much at home in the creative chaos of the Cannes Film Festival, the ultimate meeting place of film art and the film business [2020 will be the first time in 25 years Sulichin will not be on the Croisette].

But the uncertainty bought on by the coronavirus pandemic is a challenge of a whole different order. “No one knows anything right now: When production will start, what happens when theaters re-open, how films will get released, nothing,” says Sulichin. Every production he’s involved with at the moment — the Sean Penn-directed drama Flag Day starring Penn and his daughter Dylan; Oliver Stone’s upcoming JFK documentary; the Amstead Maupin adaptation Maybe The Moon — has been disrupted by the global COVID-19 shutdown.

Speaking via Zoom from his London home with The Hollywood Reporter, however, Sulchin was surprisingly upbeat about the future of the film industry post-pandemic. “I think this crisis has given people a chance to think about what’s really important. So we are going to have some creative breakthroughs. I’m sure of it. Breakdowns create an opportunity for breakthroughs.”

How have you spent the lockdown?

What happened was something quite crazy. I have an 8-year-old kid, Evo, who is very sportive and, in early March, I was seeing what was happening in Spain and in Italy. I thought: Having a kid with this much energy here in London in lockdown would be too much. So I fled to the Caribbean, to Martinique, which was COVID-free and where I could have a house with a yard.

My son could be outside and free and play sports. It was a luxury. But I couldn’t enjoy the Caribbean weather. I was still inside, spending 7 hours a day on Zoom, trying to coordinate all my productions that had gone into lockdown. I flew back to London in early June and now I’m working half at home, half at the office. It’s funny, I find I’m less productive when I’m face to face. 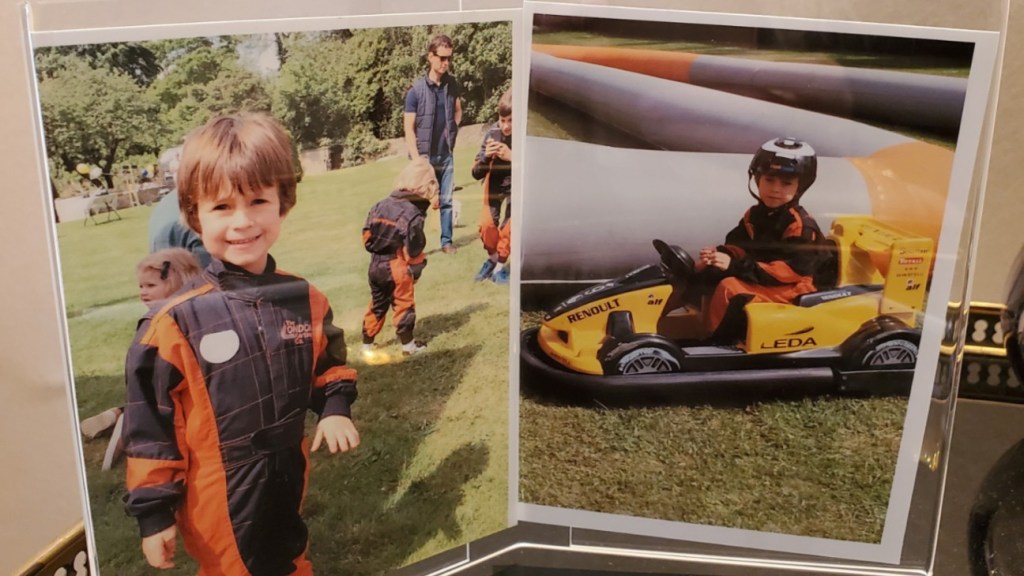 A lot of people were expecting Flag Day, your new project with Sean Penn, to be in Cannes this year. What’s the status of that?

It’s in the middle of editing. Sean was a real hero during the coronavirus outbreak. He took the bull by the horns and started organizing testing in certain places in Los Angeles, he partnered with the mayor, [Eric] Garcetti and organized testing facilities, not just in L.A. but all over the country. He was very active, as he always is through his [non-profit charity] CORE. But now he is going back to the movie world. We’ll have a finished movie soon. But we don’t know where it is going to go, since everything is still so uncertain. We don’t know if theaters are going to be open and when they are going to be open. Usually with a film like this, we take it to a festival. But what festivals will be open? They cancelled [physical] Cannes. Is there going to be a Sundance next year? We don’t know anything. And if they happen, what form will they take. We have a “digital” Cannes now, which is a new experience. It’s the first time in 25 years I’m not in Cannes.

What is your feeling about the Virtual Cannes Market?

I think humanity needs to keep going. Whatever it takes is welcome. At the moment it is this virtual way, I just hope soon, I’ll be able to meet people back in Cannes for a real coffee. Or a drink!

Pre-productions for new projects have been slowed down, people aren’t jumping on things as they were before. Investors want more certainty. They want to know when things will start up again so they know when their money is going to start to come back.

How worried are investors about the increased risk due to coronavirus? That, for example, there will be a second wave that again shuts down production?

A lot. A lot more than people probably realize. I had some investors who were ready to transfer money to me for a project and then the market dropped and they were called into a margin call and they couldn’t send the money. So what can I do? I can only support them, because they are the people who supported you in the past.  It takes some guts in the moment to hope and take a risk. A lot of people are very scared.

What is the status of White Lies, your feature film project with Oliver Stone?

That’s on hold for now. Oliver is concentrating on the two documentary projects we are doing with him: A documentary on JFK in which he updates the information from his film with new CIA, FBI and other agency documents from the National Archives, and one we have started on alternative energy, with a focus on nuclear energy [A Bright Future]. We are in the middle of editing that. The only problem we have is we can edit as much as we want but we have to wait until we can travel to make new interviews. So that has slowed down the process of when we can sell it and when it can be programmed. This could go on like this for 6-8 months. We have to decide if we finish the film as it is or wait and travel to do more interviews. Those decisions are both artistic and financial that we need to take at this moment.

Are there any new features you think you’ll be able to start shooting this year?

I have a fully-financed feature, that will be done by a very talented young female director, Gracie Otto, called Maybe the Moon. This is my first time working with a first-time director. She has done a lot of documentaries but this is her first feature. The project is fantastic, the response of the actors has been fantastic. The only question is: When will we be able to shoot? Even if you have the money, when are you going to be able to shoot? That’s the question we are all asking. I could say October, but that’s futurology. I’m not a mind-reader.

As a producer, you have to be precise. For a production to have a false start is very expensive. You can’t tell the financiers and investors you are going to withdraw the money on such-and-such a day and then it doesn’t happened. You know how, in spiritual teachings, they say you have to live in the moment? This is the time we really need to live in the moment. No one knows what will happen in the future.

So how are you planning as a producer?

At the moment, you have to have everything ready and go with the flow. When things are secured, when you can have proper insurance to cover a production, you need to be ready to start right away. But insurance is key because if you start a shoot and there’s a new outbreak and another shutdown, what is going to happen to your money, or your investor’s money? When I’m fully insured, I’ll press the button and we’ll go. When I’m confident things will go like a train again and not like a bus.

You know, producers are about making things possible, we manifest the big dreams of the director. But we need certain materials, certain ingredients, to be able to build those dreams. At the moment we don’t have those ingredients. It doesn’t matter if you have money. Money is not an issue. There is a lack of content, so the money will come. But you need more certainty to get the train going again.

I’m optimistic though, because the creative people in our industry have had a lot of time to be creative. They have had a lot of time to really be in touch with themselves and to think about why they are in this business, about what projects they really want to do and what ones they don’t. They are finding out what really matters to them and I think this is going to be reflected  creatively. I think we are going to see some really great projects come out of this. 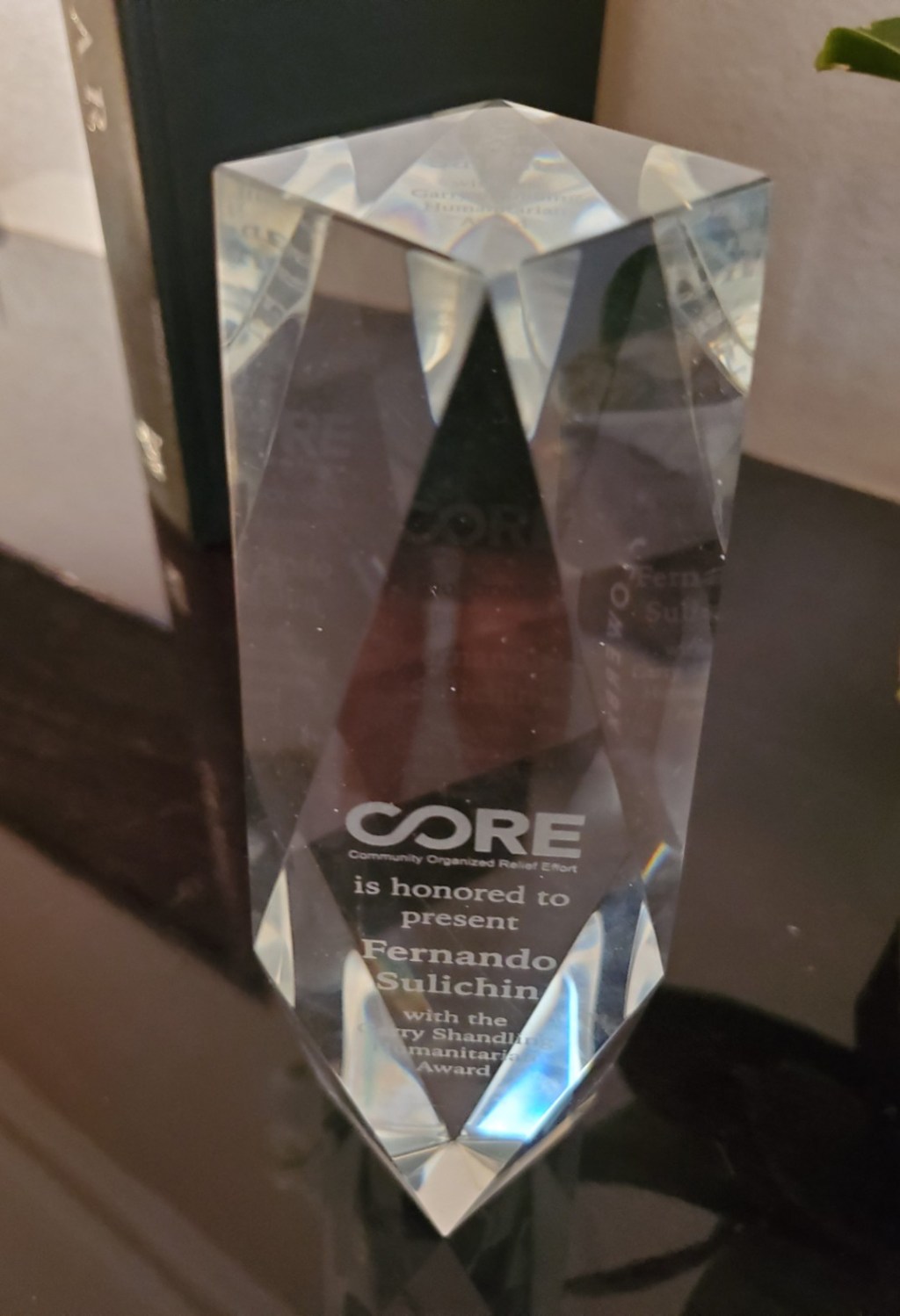 And likely a lot of coronavirus-themed projects.

Of course we are going to have many of those. Anything that is in the news cycle will make it to the screen. But I think the lockdown has caused a lot of soul searching. We thought the world was ending! We we’re afraid to go into the streets, we were warned not to leave our houses! That’s never happened in our lifetime. But those breakdowns create an opportunity for breakthroughs. So we are going to have some creative breakthroughs. I’m sure of it. We have time to write, have time to think about what’s important. Not just the commercial concerns. Now we know what is essential. Things will shift.

What have you decided is important for you in terms of the films you want to make?

Well, I’m not going to tell you I’m only going to make socially-meaningful projects that will save the planet. I do a lot of political work and I’ve done projects to help give people a voice who don’t have one. I’ll continue doing that. But at the same time, I have time to read and to really think what kind of work really excites me. Some of the projects I was doing, I’ve discarded. I’ve told some people: ‘Sorry, I’m really not interested in your project, I can’t help you.’ To support Oliver and to support Sean and any other filmmaker, I really need to have a project that comes from the heart. I’ve had more time to reflect on that.

Do you think there will be creative breakthroughs on the business side? The streaming companies have done booming business during the lockdown.

I was quite against the streaming platforms for several years. I thought: This is a supermarket. I’m making gourmet food, why is my gourmet food getting put in a supermarket? But now, we are all living in the supermarket! So maybe the supermarket needs to have an aisle with my films. It is hard to walk to the store and find something artisan at the moment. The supermarket is what we have. When I grew up in Argentina, watching films in the cinema, just seeing the logos: the woman with the torch for Columbia Pictures or the big spotlights on 20th Century Fox, that for me was Cinema. That was fantasy. Maybe my son will have that with Netflix or Hulu or another streaming platform. There will be a lot of new avenues to see and experience entertainment. That is the beauty of this time. As much as I would like to again live in the 70s and that every movie is by Scorsese, I have to adapt.