I’ll never forget the first time I went to Cannes. It was 1995, and the electricity was palpable. Stars, critics and directors intermingled up and down the Croisette, all waiting in breathless anticipation — as I did — for whatever movie happened to screen that night at the Palais. It was a heady experience for a reporter who’d grown up loving film. And if one or two movies were letdowns, so what? Others were sure to follow that would sweep us up even more.

Much of that excitement has fizzled in recent years. The truth is, filmmaking is in decline as a cultural force — at least the kind of filmmaking Cannes celebrates, meaning art house and auteur-driven pictures. The rise of television and rival forms of narrative has taken much of the air out of the movie balloon, and so has the dilution of the filmgoing experience. Often now, we don’t see movies on the big screen but on smaller ones, in our homes, sometimes just on our phones.

This year, Cannes took a stand against all that. By refusing to allow any picture to screen in competition that wouldn’t be shown in French movie theaters before it streamed, the festival was effectively saying: We believe in the big screen, we believe in the full immersive experience, we believe that movies are meant for theaters and we have to protect them.

I wish I could say Cannes was right. Alas, even as I agree with its principles, I disagree with its practice, which prompted Netflix to withdraw its contenders from this year’s fest. Cannes was committing itself to the past; but film, like all art forms — like all of society — is in a constant process of evolution. Failing to recognize that, the fest did damage not just to the pictures but also itself.

The reality of the film business is that, until recently, financing for independent projects was in a long decline. The business model that made indie releases viable (packing a project with stars in order to generate presales to foreign territories, with much of the revenue driven by home entertainment) had been eroding for years. Everyone was praying for a miracle — and then it came thanks to streaming services like Netflix, Amazon and Hulu. 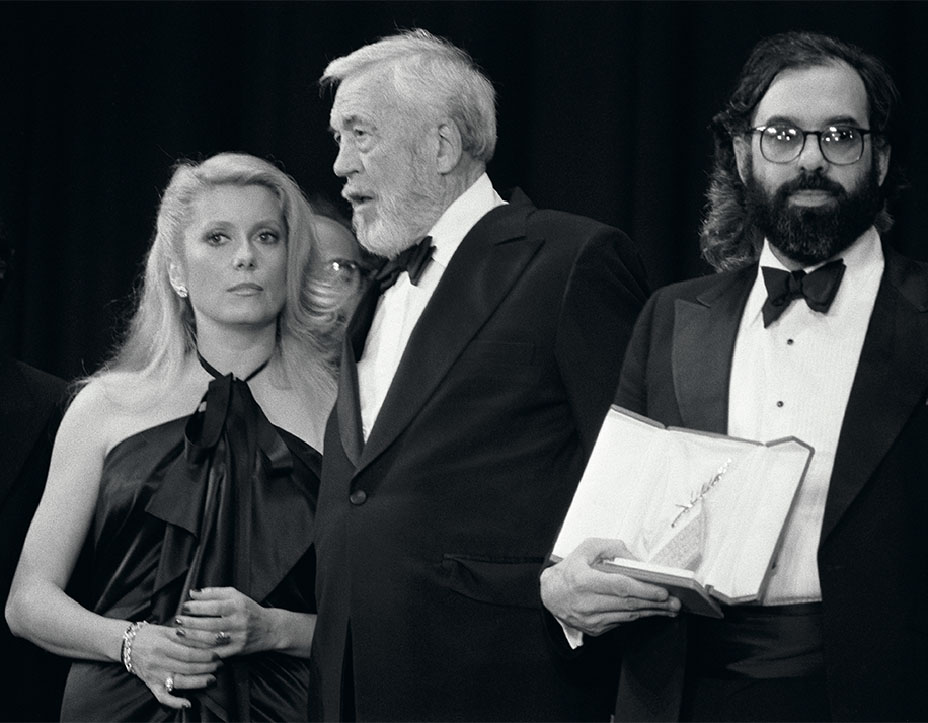 These services are putting millions — make that hundreds of millions — into films that otherwise would never see the light of day. Like it or not, more and more pictures (especially the provocative, nontentpole kind) will depend on streamers as the years go by. Cannes should be embracing these newcomers as saviors of the very type of filmmaking it aims to promote. Instead, it’s putting up walls, keeping the barbarians at the gate, as if somehow they’re foes of the filmmaking it cherishes.

Once upon a time, Cannes’ strategy may have made sense. In the first decades of the television era, film and TV were radically different media. That’s when your average television set was a dull, boxlike affair, maybe 24 inches wide, with a terrible image and dreadful sound. But almost anyone who can pay for an expensive movie ticket can now purchase a widescreen delivery system with terrific sound. Audiences, in other words, can largely choose how they want to see a film, and should be free to do so.

Some films, admittedly, are simply made for the big screen. They’re utterly visual works that would suffer without the cinematic experience. Francis Ford Coppola’s Apocalypse Now, which shared the Palme d’Or with The Tin Drum in 1979, is one such movie; Stanley Kubrick’s 2001: A Space Odyssey, recently unveiled at Cannes in a restored version overseen by Christopher Nolan, is another. But it’s better for most movies to be seen on a variety of screens than not to be seen at all.

In choosing to keep good movies out rather than letting more movies in, Cannes is blinkering itself to the modern age. We’ve seen how much sparkle has left Cannes — where the Croisette used to be packed with A-list stars, now only a few big names can be found hanging in its bars: Cate Blanchett, Penelope Cruz and Javier Bardem this year, but few others; that could only improve with a better choice of movies.

Netflix is making some incredible films — among them, if advance word is right, its new Alfonso Cuaron picture, Roma; Paul Greengrass’ Norway; and the Orson Welles documentary They’ll Love Me When I’m Dead. These need to be seen, and should have been seen in Cannes. Rather than eliminate a subsection of movies, the world’s greatest film festival should welcome them with open arms. Without them, Cannes will matter less; and without Cannes, so will the films.