Brie Larson’s Captain Marvel hasn’t yet made her big-screen debut, but as audiences continue to process and debate the events of Avengers: Infinity War, it’s time to take a closer look at Marvel Studio’s next hero.

First, a refresher on the final moments of Infinity War: Continuing the grand Marvel Cinematic Universe tradition of teasing future films in post-credits clips, Infinity War drops the briefest possible glimpse at the arrival of Captain Marvel, who is slated for her solo debut in March. The tease is brief — a split-second look at the blue, gold and red Captain Marvel logo on the screen of a device carried by Nick Fury (Samuel L. Jackson) that looks suspiciously like a 1990s beeper  — and that is it. The world continues to descend into post-Infinity War chaos as Fury himself turns into dust. Not exactly the most hopeful proclamation for the future — especially if you’re not totally sure who Captain Marvel is or what she can do. Thankfully, we’ve got several decades worth of comics history to look at as we start making some guesses.

How 'Ms. Marvel' Embodies the Essence of Teendom, as MCU Tees Up Young Avengers

The Captain Marvel in question in the live-action universe is a woman named Carol Danvers, and though she’s the most well-known and commercially successful hero to hold the title, she’s far from the first. The legacy of the character stretches all the way back to the 1960s, beginning with Captain Mar-Vell, who started his superheroic career as a military defector from the alien race the Kree. Mar-Vell is slated to get an MCU debut in Captain Marvel as well. Jude Law is playing Mar-Vell’s human alter-ego, Dr. Walter Lawson, though it’s unclear if he’ll remain an ex-officer in the Kree army in this incarnation.

Danvers didn’t actually take the name Captain Marvel until 2012, though she’s existed in Marvel Comics for nearly as long as Mar-Vell. Originally introduced as a normal, human officer in the U.S. Air Force, her powers resulted from an extremely ‘70s sci-fi accident in which she was caught in an explosion that resulted in her DNA merging with Mar-Vell’s genetic code, making her a Kree-Human hybrid. She came out of the experience with a whole range of metahuman abilities like flight, enhanced strength and super speed — you know, the works. Over the years as she experimented with her powers, she adopted superhero names like Ms. Marvel, Binary and Warbird, and served on just about every team you could think of, from the Avengers to the Guardians of the Galaxy. 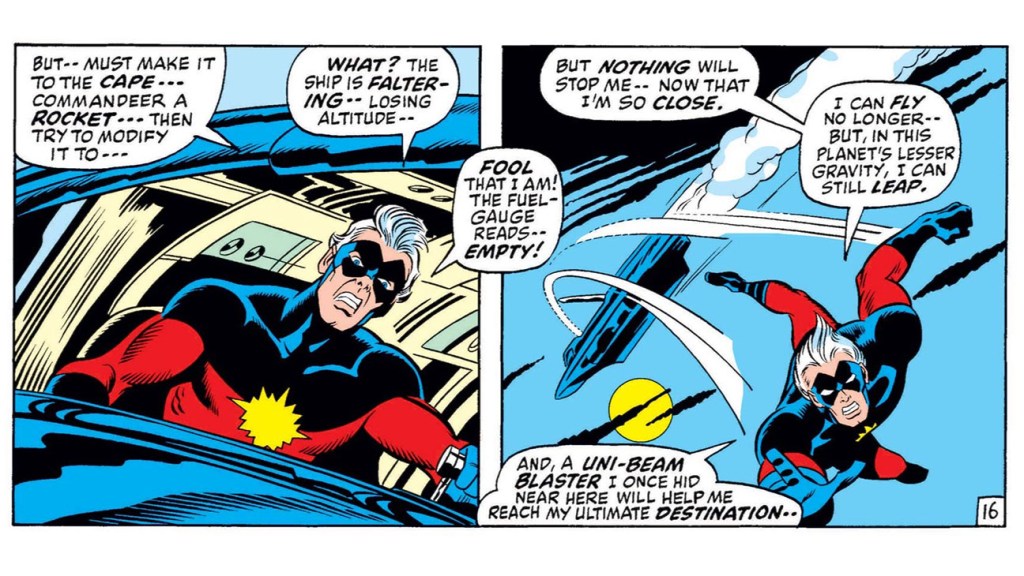 Identity crisis play a central theme in Danvers’ stories as she tries to figure out just where her loyalties lie and what her responsibilities are now that she is, in point of fact, a literal child of two worlds. Eventually she takes on the Captain Marvel mantle for good as she sets out to see where she fits in the name’s long, complicated legacy.

Now what that history might mean for Danvers’ live-action incarnation is hard to say. Because we know the bulk of her solo film is going to take place in the 1990s (complete with a younger, two-eyed Fury as a supporting cast member), it’s pretty safe to assume that her pre-Captain Marvel superheroic life isn’t going to make it on the screen. There just wouldn’t be enough time to establish multiple identities in the space of a single movie — and the complications that would mean for the MCU’s overall timeline would most likely be more trouble than they’re worth. So, smart money is on live-action Danvers being Captain Marvel and Captain Marvel only.

That being said, her spot on the timeline pre-Iron Man does raise a fair amount of questions. Namely, if she’s been active as a hero and known to Fury for close to 30 years, where has she been? Why has SHIELD’s leader waited all this time to call her in?

We can venture a guess that the answer to both of those questions is going to be some variation on “She’s been in space.” Set photos of Brie Larson in costume make it seem like Danvers has been training directly with the Kree army as well as with the U.S. Air Force, meaning that while her child-of-two-worlds existential crisis is likely still going to be a major element of her character’s identity, she’s not going to spend too much time on Earth debating her place in things. It’s very likely we’re going to be left with a Danvers who commits to joining and training with the Kree wholeheartedly — though whether that’s a choice she makes herself or one that gets made for her is still up in the air. 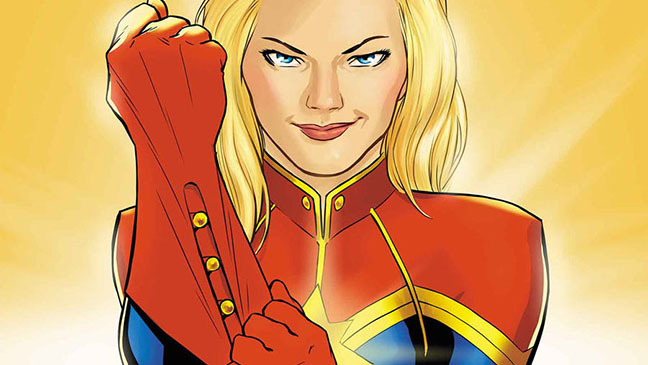 But don’t panic. That doesn’t mean she’s a traitor to humanity, or even disinterested in the proceedings on Earth. The MCU has spent some time building up its version of the Kree empire over the years, most directly with the Kree zealot Ronan the Accuser (Lee Pace) in Guardians of the Galaxy — Ronan, if you can recall all the way back to 2014, spent some time working directly under Thanos (Josh Brolin) himself. Pace is set to reprise his role in Captain Marvel, making it entirely possible we’re going to see the seeds of a very personal beef between Danvers and Thanos (or, at least Thanos‘ followers) blossom in her solo movie.

Of course that doesn’t necessarily spell out what Danvers is going to be able to do in the face of Thanos‘ universal genocide. Make no mistake, Captain Marvel’s abilities and intergalactic origins make her the closest approximation to a hero like Superman in the MCU roster next to the likes of Thor, but even a person with that kind of power can’t exactly remake reality with their bare hands. So here’s hoping she’s spent the last 20-some years out in space not only honing her craft and metahuman abilities but also studying up on Thanos and the Infinity Stones — the future of the MCU is going to depend on it. Danvers returning to Earth after half the galaxy turned to dust will be cool no matter what, but she’s going to need more than super strength and speed to sort out this problem.