Next year’s Captain Marvel doesn’t just have the distinction of being the first female-led film in the Marvel Cinematic Universe, it’s also the MCU’s first full period piece since Phase One’s Captain America: The First Avenger in 2011. Though we’ve had glimpses into the MCU’s past across all three phases, audiences have never gotten to spend an extended amount of time in any of them save Cap’s WWII era, at least in terms of the films. The 1990s-set Captain Marvel will not only introduce Brie Larson as the titular hero, but it will bring back familiar SHIELD agents Nick Fury (Samuel L. Jackson) and Agent Phil Coulson (Clark Gregg), as well as presently deceased Guardians of the Galaxy Kree baddies Ronan (Lee Pace) and Korath (Djimon Hounsou), with each of the actors returning to play their younger selves. These casting announcements open up the MCU in a whole new way and broaden the franchise’s mantra of “it’s all connected.” Captain Marvel may be coming at the tail end of Marvel’s three-phase epic and what producer Kevin Feige has claimed is the end of this iteration of the MCU, but the film’s setting and use of characters — including those currently dead and those currently operating in the world of television — may point to the future of Marvel movies.

So much of the conversation around modern superhero movies is centered around how each film can be made to feel different from the rest. When so many comic book characters have similar backgrounds, needs and desires, it’s the ability to make each one’s movie adaptation not only feel unique, but necessary, that gives these characters staying power. It’s this factor that has allowed Marvel to turn several of their B- and C-listers into A-list icons across film and television. To achieve this, Marvel Studios has spent quite a bit of time experimenting with genre, an angle which has worked out well for them. But in order to sustain this cinematic universe for the next 10 years, it seems likely that these genres will also need to be repeated. There’s no better way to keep these films feeling fresh than to spread them across time, and allow them to operate with different rules and different restraints.

Captain Marvel provides the MCU with another unique opportunity to strengthen the presence of some characters who may not have lived up to their potential and to give great actors, particularly those who portrayed ill-fated villains, a chance to bring more to their roles than their initial opportunities allowed. As great as Guardians of the Galaxy is, Ronan and Korath faded from focus as the central team of Guardians was established. With Ronan in particular, who is one of Marvel Comics’ frequently used characters, the decision to remove him from the board so quickly was disappointing from many fans’ perspectives. Captain Marvel allows these characters to become more prominent, and while their fates are sealed for now, their pasts and the stories that reside there can entirely change our perception of them. Additionally, there are characters who did get their due but who we wouldn’t pass up the chance of seeing more of: Killmonger, T’Chaka, Odin, Hank Pym, Peggy Carter. We’d even take Mickey Rourke’s Ivan Vanko just talking to his bird. Well, maybe not that. But the possibilities of exploration are endless, and with Marvel setting the bar with de-aging technology, time isn’t necessarily an issue. 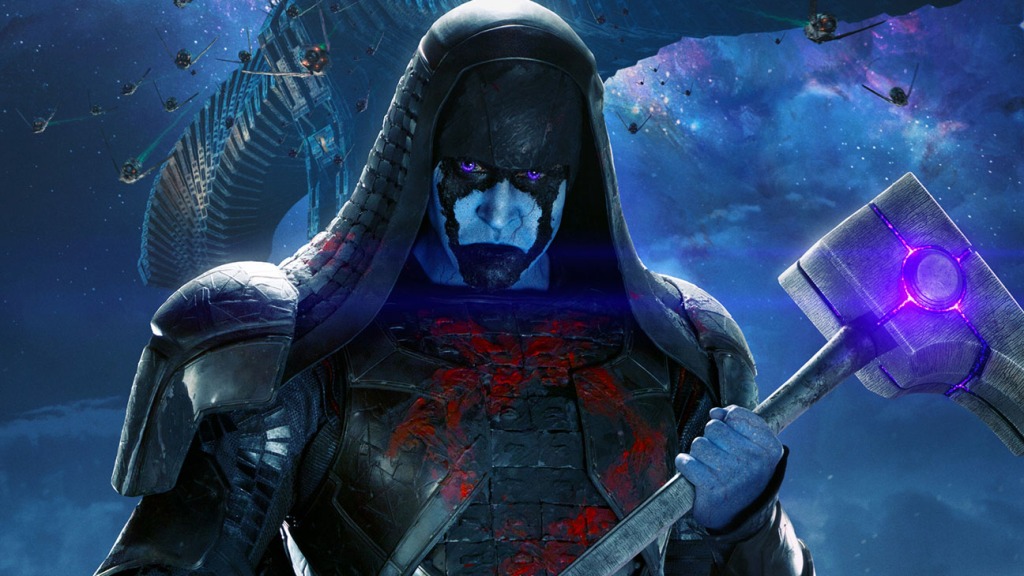 The return of Agent Coulson is also a significant game changer. Gregg’s character became a guide of sorts during the first phase of the MCU, connecting characters and signaling to audiences that this kind of narrative weaving was what they could come to expect from the then recently coined cinematic universe. The character hasn’t appeared in a film since The Avengers (2012), in which he was killed off only to be resurrected on the TV series Marvel’s Agents of SHIELD, now airing its fifth season on ABC. One of the biggest criticisms of the MCU has been the fact that Marvel’s numerous TV shows, airing primarily on Netflix and ABC, have no real impact on the films, and that characters from the series aren’t seen on film — the most prominent example being Coulson, who was directly connected to each Avenger. While Coulson’s appearance in Captain Marvel doesn’t exactly mend fences between Marvel’s film and TV divisions, it does strengthen the connective tissue and the sense that these characters still matter in the grand scheme of Marvel’s film plans. And given Coulson’s dealings with the Kree on Agents of SHIELD, hopefully the continuity of Marvel’s TV works will be maintained as well.

Along the lines of maintaining continuity, Marvel’s Agent Carter, which ran for only two seasons on ABC, laid down a significant amount of groundwork for present-day MCU events. Set from 1946 to 1947, Agent Carter provided the lengthiest opportunity for audiences to spend in the MCU’s past. The series re-established Captain America villain Zola (Toby Jones), set up an early incarnation of the Black Widow Program and introduced some of the magical elements essential to the world of Doctor Strange. If Marvel plans to eventually go further back than the ‘90s, it seems likely that SHIELD co-founder Peggy Carter will have a place in that, and hopefully the events of her series would have some effect. While seeing the likes of Marvel’s Netflix Defenders, Daredevil, Luke Cage, Jessica Jones and Iron Fist interact with Spider-Man or the Avengers still seems like a long-shot, the importance that’s still being placed on Coulson, long since considered off-limits in the world of television, seems like a promising sign of further connectivity.

Marvel Studios has an entire sandbox to play in, but, for necessary reasons, has largely chosen to remain in a small corner in order to ground audiences in these concepts. Now that the basis has been laid, the opportunity for exploration in both film and television lies ahead, with Captain Marvel leading the way. Wherever Marvel Studios plans to take the MCU in the future, it’s refreshing to know that its past is expansive and filled with infinite possibilities.

Can 'Captain Marvel' Reverse Engineer a Story from This Comic?