Whatever your feelings about Captain Marvel, the first female-led Marvel movie has firmly broken ground and records on its opening weekend. The 21st feature in the Marvel Cinematic Universe also opens up an entirely new era of the popular franchise, which has left fans with a lot of questions. There’s an entire smorgasbord of possible routes that the sprawling shared universe could take from here. There’s an obvious connection to Avengers: Endgame, which seems to answer a lot of the questions about the future of Carol Danvers in the MCU. But there’s also another reading of the post-credits stinger which could mean something entirely different.

First, a recap: The final moments of Avengers: Infinity War showed Fury (Samuel L. Jackson) using a pager to reach Carol in the moments after Thanos’ (Josh Brolin) snap began wiping out half the life in the universe. Fury dissolved into dust, but the page appears to have worked, as Captain Marvel apparently received it and shows up at Avengers headquarters in the post-credits scene from her solo film. But … is that really her? Stay with me.

A driving force of Captain Marvel is the plight of an alien race known as the Skrulls. In the comics, the green-faced foes created by Jack Kirby and Stan Lee are an intergalactic terror who’ve largely been played as antagonists to the heroes of the Marvel Universe. The movie flips that on its head, crafting a narrative that sees the Skrulls as an endangered race of extraterrestrial refugees who’ve been driven from their home by the militaristic Kree.

It’s a big change from what fans were expecting, with many theorizing about the potential of an upcoming storyline based on the well-known 2008 comic book arc Secret Invasion, which came from the minds of Brian Michael Bendis, Leinil Francis Yu, Mark Morales and Laura Martin. The storyline saw a massive retcon which revealed that Tony Stark had been so devastated after the Kree-Skrull war that he established a secret governing body of heroes known as the Illuminati, which consisted of Stark, Black Bolt, Doctor Strange, Namor, Reed Richards and Charles Xavier.

Most important for the future of the MCU and the connection to Captain Marvel was the comic book revelation that the Skrulls had been secretly replacing heroes throughout history by utilizing their shape-shifting skills. Since it was revealed that Captain Marvel would introduce Skrulls to the film franchise for the first time, people have been assuming it would be to establish plot points from Secret Invasion. But the empathetic nature of the Skrulls in the new film seems to dispel that. Unless, of course, the big Avengers: Endgame stinger doesn’t actually feature Carol Danvers at all, but a Skrull in disguise. 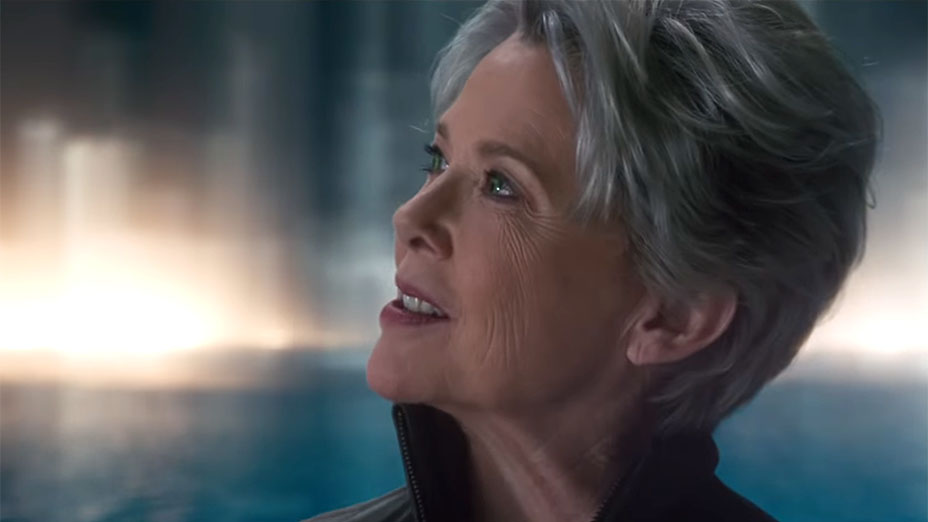 This is all conjecture, but there’s one particular moment that implies there’s a chance Captain Marvel has introduced the Skrull threat despite the empathetic group at the core of her story. When the Skrulls are finally saved, Talos (Ben Mendelsohn) makes a quick mention of the thousands of others who are spread around the galaxy. His aim is to find them and reconnect. The separation of the Skrulls means that perhaps elsewhere in the galaxy, there is a less forgiving band of Skrulls who are desperate to gain a home world by any means necessary, especially if it means fulfilling a certain prophecy at the core of the Secret Invasion story.

With the new status quo of Skrulls as political refugees, introducing a more extremist sect of Skrulls could be problematic, but it seems like a possible route for the franchise to go, especially as there’s comic book canon backing it up. In the comics, there’s a prophecy that a Skrull princess will lead the aliens to their new home planet, which she happens to decide should be Earth. With disillusioned Skrulls all over the MCU galaxy, it’s easy to imagine that there could be a group somewhere that believes this prophecy or follows this princess. But what does that have to do with Carol?

The end of her debut film sees Carol leaving the humans whom she loves and has just been reunited with to help the Skrulls find a home among the stars. It’s a bold choice, one which seems to signal that heroism and helping the wider universe is more important than her own personal entanglements. But it also offers up 24 years where we know nothing about Carol, her life and — most vitally for this theory — whether or not the hero has been impersonated by the Skrulls.

Perhaps it could go something like this: After helping the Skrulls find a new base, Carol would be well-known within the leadership of the aliens. She may even volunteer to help reunite the refugees with their fellow Skrulls who have been displaced by the war with the Kree. At some point during that 24-year period, she would come across a more Machiavellian and malicious segment, possibly with an agenda to take over Earth, who impersonate her in preparation for the invasion of the planet.

If this is the route that the MCU chooses, it would probably not be revealed until a later movie, especially as there’s comic book canon that showcases that Skrulls can live for a long time in their simmed bodies, as well as sometimes even growing fond of the planets and people they inhabit. This would be a very Skrull move as in the comics they have a history of impersonating iconic heroes as a way of destabilizing the powers that be and diminishing the trust the public has in the very people who are supposed to protect them.

If it isn’t Carol in that post-credits scene but a shape-shifting alien, it could be the perfect way for the MCU to introduce a Secret Invasion-inspired plot, especially if the Skrull who has taken Carol’s place is Princess Veranke, the monarch from the comic book prophecy who believes Earth should be the home world of the alien race. What better way to invade the planet than to infiltrate Earth’s Mightiest Heroes when they’re at their weakest after Thanos’ Decimation?

Did 'Captain Marvel' Quietly Introduce the Next Thanos?