If you were to talk to a certain small but vocal population of … well, I certainly wouldn’t call them fans despite their claim to that title, so let’s say, trolls, they’d have you convinced that there’s currently a war being fought on two fronts. The first is the review bombing of Captain Marvel with negative audience scores from accounts who haven’t seen the movie, and many of whom won’t anyway. This is a result of actress Brie Larson championing increased diversity and inclusion in the interview circuit. The second is the harassment of director David F. Sandberg for a new Shazam! trailer, which is obviously coming in the near future, for the simple fact that certain audiences think they’re owed content on their schedules. It’s a swell bunch. Not every player involved in these two internet struggles is engaged on both fronts, but there is some crossover in this realm of trolls. I loathe the idea of giving either group any more of a platform, or making them seem like a majority when they are anything but. However, I think it’s important to recognize that this so-called war that these trolls believe themselves to be engaged in amounts to nothing more than throwing stones at a tank. These trolls will have no effect on the success of either Captain Marvel or Shazam!, yet there’s a belief that they matter because the confluence of blogs, film sites and social media have created narratives of negativity where there should be none.

On Wednesday, Sandberg responded to demands for a trailer update by tweeting, “I just don’t have any specific trailer updates that I can share with you at this point. All I can do is have fun with it or say nothing. Most of the time I do the latter. But like you say, the movie is almost here, and it’s not like the marketing is going to slow down now.” Shazam!, which hits theaters April 5, released its first trailer online July 21, 2018, during San Diego Comic-Con. It’s a trailer that is still playing in theaters, and playing well with audiences based on my own experiences. New Line, the producers of the film, have certainly proven they know how to market a movie with the films of The Conjuring Universe and It (2017) having each been applauded for their marketing efforts with box office success stories. It’s also worth noting that Shazam! has a reported budget of between $80 million and $90 million, far less than the typical superhero extravaganzas of $150 million to $200 million, and thus has less need to overload audiences with marketing in an effort to be considered a success. Sandberg, who has been delightfully open about his filmmaking experience and friendly with fans online, obviously shouldn’t have to suffer trolls who think they know more about what a movie needs than he or a studio does. But where does this indignation and feeling of ownership that gives way to trolls come from? 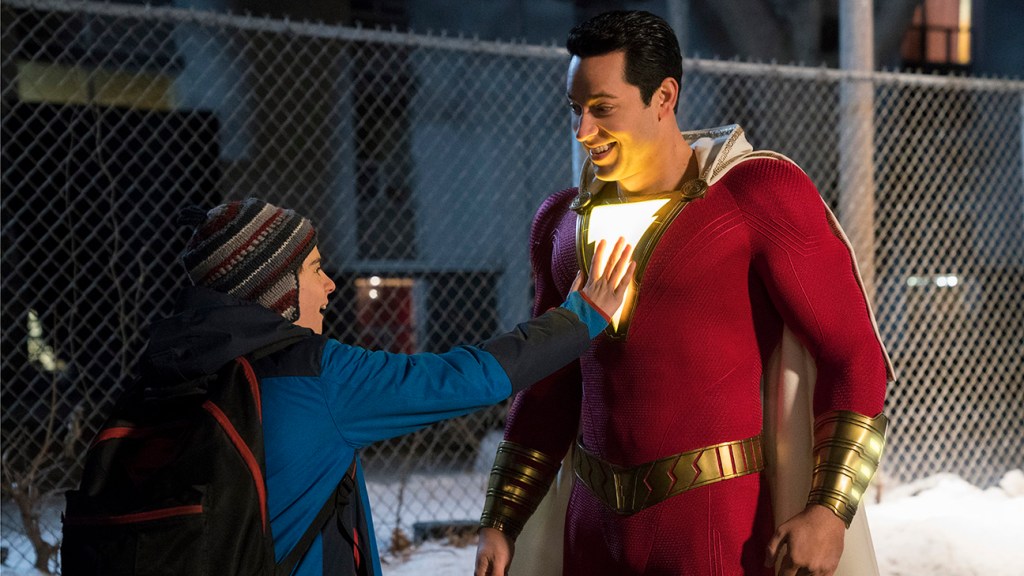 In a film journalism community where superhero films get the most ink and the most clicks, it’s unsurprising that many film blogs and websites will mine any piece of information they can get their hands on or make a story out of. Trailers, and all the articles that they create, boost traffic. So if there’s no trailer for many of these sites to write about, then they’ll use that time to write about the lack of a trailer, to question why one hasn’t been released. In other words, they take ownership over something that isn’t theirs. This is then spun into suggestions that the film is in trouble, or that the studio is hiding a project it doesn’t have confidence in, which social media latches onto. It’s nonsense. Yet, we continue to click on nonsense that suggests reshoots mean trouble, shifting release dates will doom a film, a film needs to make $1 billion to be considered a success, or that an actress hates white journalists simply because she’s interested in using her platform to champion other voices. Aquaman director James Wan lent his support to fellow DC director Sandberg on Twitter by saying “When [Aquaman] trailer was held back till Comic Con, people freaked out. When the movie was pushed from Oct to Dec, people laughed ‘Oh, it’s in trouble … DC doesn’t know what it’s doing … yada yada.’ When [Mary Poppins Returns] dropped on our week ‘[Aquaman] is getting slaughtered.’ And so on, and so on…” Aquaman of course went on to make $1.133 billon worldwide (and counting) despite the negative spin that many sites and social media accounts placed on it in the months and days leading to its release. 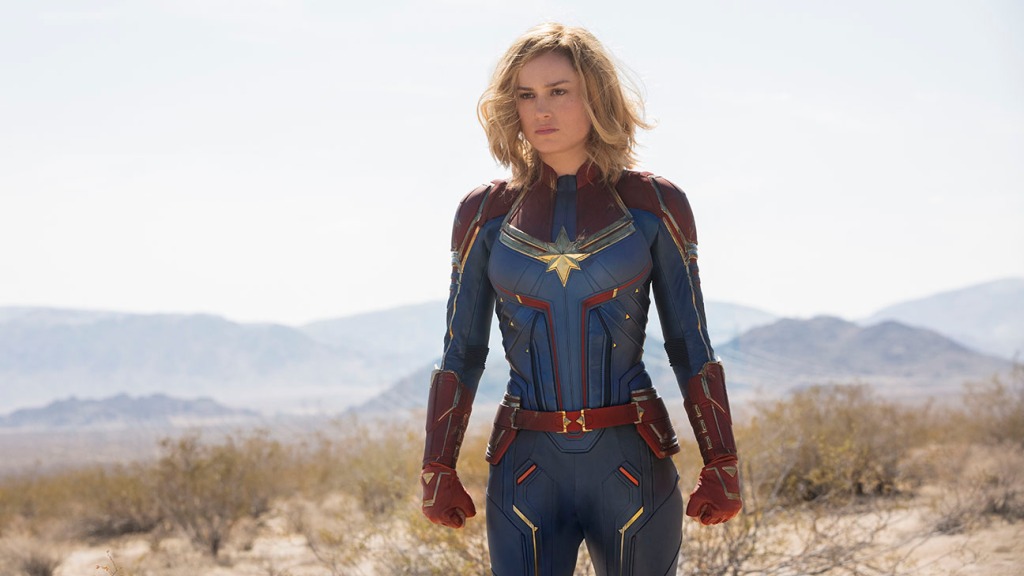 Captain Marvel doesn’t have negative buzz surrounding its marketing decisions, but misleading headlines about Larson’s interest in creating a platform for women and people of color have brought misogynists, racists and all-around unpleasant people into a conversation that they should have no part of. These trolls are responsible for their own hatred, but the idea that they can channel that hatred through review bombing is one born of social media accounts and film blogs’ reliance on reporting Rotten Tomatoes scores and audience ratings as an ultimate testament to quality, rather than a review aggregator. A landscape has been created where trolls think that review bombing on Rotten Tomatoes and IMDb will have some effect on the box office, when it’s unclear that’s really ever happened. And I’m not talking about people who genuinely didn’t like a movie, but those who create false narratives and employ sexism, racism and harassment as a form of criticism — which it most decidedly isn’t. Trolls employed this same tactic with Star Wars: The Last Jedi (2017), and the film still went on to be the top-grossing movie of 2017 with $1.333 billion worldwide, and regardless of what the social media accounts are currently seething their way through this paragraph will want folks to believe, Star Wars is alive and well and far more people respond positively to Rey, Rose and Finn than don’t. Yes, it did make significantly less than The Force Awakens‘ more than $2 billion, but it’s hard to believe that’s because of trolls. If Captain Marvel is good, then there’s little doubt that people will respond just as positively to Carol Danvers.

There’s another side to this case as well, which is small circles of film critics performing their own form of review bombing on social media by attempting to create a narrative that a film they didn’t like is maligned across the board by decent people and its only fans are racists, misogynists or those incapable of thought. Their review itself isn’t enough of a statement, so there’s this odd and disingenuous act of trying to convince a population that liking or disliking a movie provides a kind of moral high ground. Alita: Battle Angel suffered such slings and arrows last week, despite the fact that it overperformed against initial expectations and that audiences in general, from a variety of backgrounds, responded positively to it. What’s the difference between those that would have you think a film is for “neo-Nazis” and those who would have you think a film is for “SJWs?” While on different side of a political spectrum, there isn’t much. They’re both employing tactics that attempt to create the notion that films are meant for one group of people, or fans, and to control the narrative of said film. There’s an odd confluence of trolling from the lowest to highest ends, with accounts both anonymous and verified contributing to this troubling sentiment that negative narratives are the most powerful means to engage with a film, its filmmakers and a fandom.

Every fandom has its share of trolls, but it’s key that we recognize our role in that system, and how our need for validation through clicks, retweets, trailer releases and Rotten Tomatoes scores earned from damaging and dishonest content breaks the old internet adage: “Don’t feed the trolls.” Trolls haven’t gone anywhere, and they won’t, but they are evolving because of the emphasis we as a film culture place on negativity and ownership. We’ve provided a microphone, but we can cut the cord. Let them scream into the void, it may cause a bit of static, but they can ultimately be drowned out by those who find the clarity of honest and genuine engagement on another channel.