The Star Wars actress and prolific comic book creator were among those named Disney Legends during a ceremony at D23 in Anaheim on Friday, where Fisher’s Star Wars co-star Mark Hamill was also honored. Fisher died Dec. 27 at 60, and her induction struck a particularly emotional chord.

“Carrie has been an iconic part of the Star Wars franchise and will always hold very special place in our hearts,” said Disney chairman and CEO Bob Iger. “We miss her talent and wit.”

“Carrie Fisher was an original, and there will never be another,” said Iger, before reading a letter from Fisher’s daughter, Billie Lourd.

“Getting to be a Disney princess and a Legend would have been her ultimate dream,” the letter read.

Iger then introduced Hamill, saying his work in Last Jedi is “worth the wait” and his “best performance to date.”

“I know if Carrie was here this morning, she would have flipped me the bird at least twice already,” Hamill joked, fondly remembering his co-star. “I loved her and we were like siblings. We would fight — but we loved each other.”

He thanked Star Wars creator George Lucas and the “thousands who worked on the film in front of and behind the camera.” 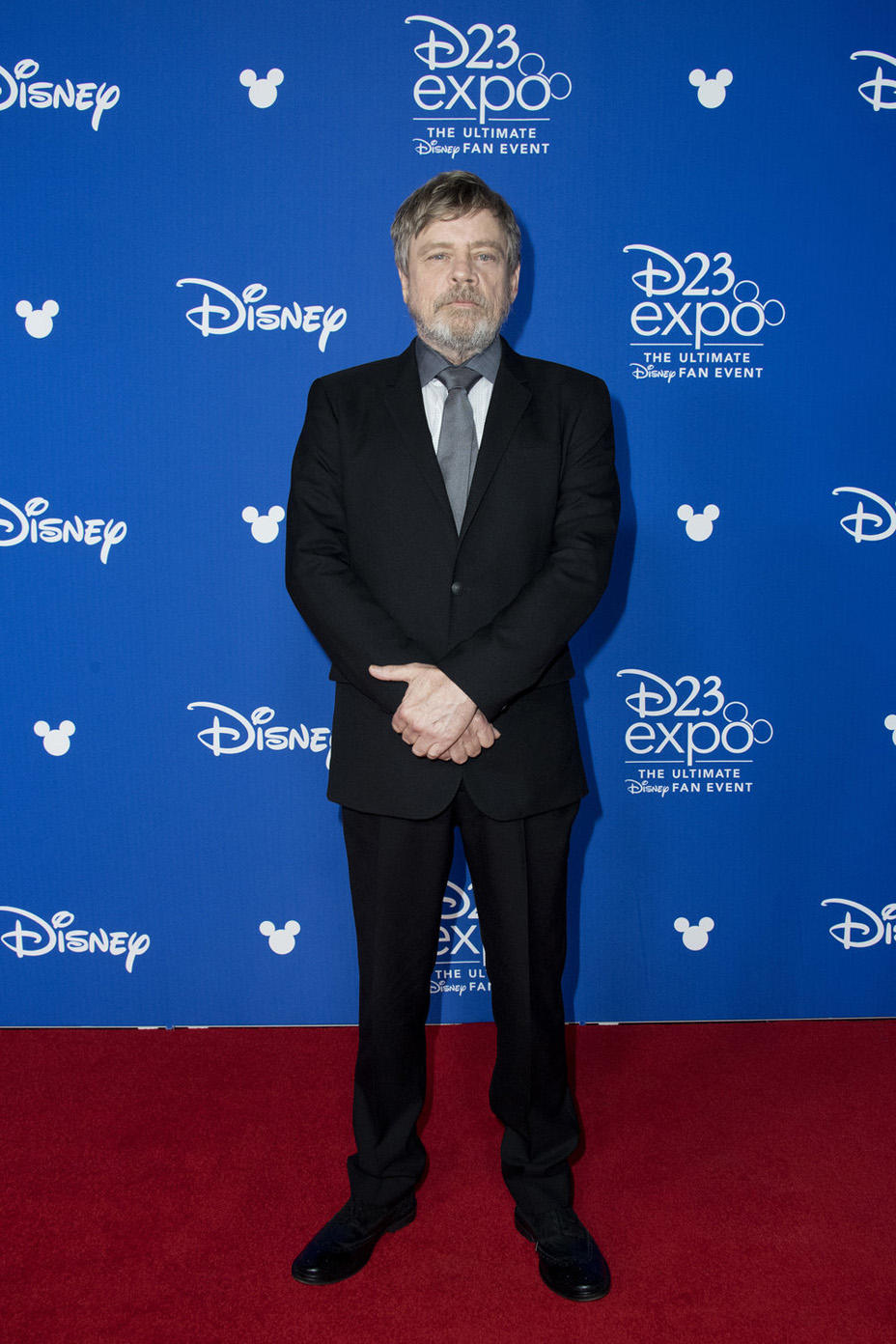 In addition to the emotional tribute to Fisher, Stan Lee’s induction took on extra poignancy, as it was his first public appearance following the death of his wife Joan earlier this month. They had been married nearly 70 years.

Just before Lee’s honor, his longtime collaborator Jack Kirby was inducted as a Disney Legend. Iger saluted Kirby as “an industry icon who redefined comics.” Kirby is known for co-creating with Lee the Fantastic Four, X-Men and Hulk. His son Neil Kirby accepted on his father’s behalf, and he began by offering his condolences to Lee and his family.

“My father didn’t create superheroes, he created super people,” Neil said in thanks to his father’s fans. Kirby, who died in 1994, would have turned 100 this year. 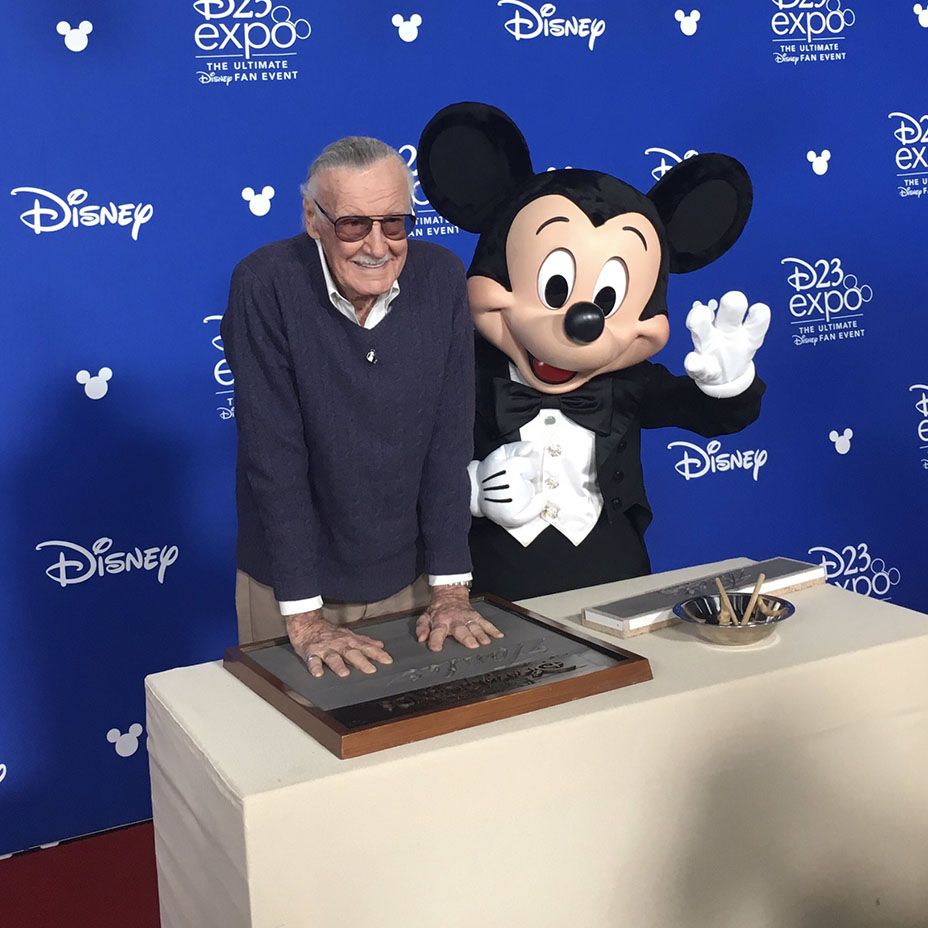 Next up was Lee, who was clearly emotional as he began by saying, “I have never been known as a man of few words, but I was so thrilled to see that testimonial to Jack Kirby.”

“I loved Walt Disney. He was more than a man, he was an inspiration. To think that today I’m standing here in the home that Disney built, that paid tribute to Jack and all things Disney — it is so thrilling” Lee said, before giving his catchphrase. “And I can’t leave without saying ‘Excelsior!’ “

Princess and the Frog star Anika Noni Rose (Tiana) opened the ceremony with a performance of “Go the Distance” from Hercules.

“This is the largest gathering of Disney fans in the world,” Iger said.

First to be inducted was Winfrey, who spoke fondly of the honor, calling it a tribute to “the common experience that we share.”

Disney Unveils 'Cars'/'Planes' Spinoff That Will Go to Space

Marshall, who died a year ago, was remembered fondly by Iger, most importantly for his big heart. Marshall’s children, Scott and Kathleen Marshall, accepted the recognition for their father.

Jackson, known for his work on Disney attractions, including The Haunted Mansion and Pirates of the Caribbean, accepted his honor, saying, “In my 37 years with Imagineering, I had the honor of working with some very talented, creative architects and engineers that created attractions that have been enjoyed by so many people around the world.”

Geronimi’s sons accepted on their late father’s behalf, noting he was an immigrant who had compassion for the underdog. Dan Gonzlez accepted his father’s award, saying, “My dad was a very regular guy, in addition to being a world-class father.”

Taymor closed out the ceremony by talking about the impact the theatrical production of The Lion King has had on audiences around the world, with an estimated 90 million people to date having seen it.

“I love to entertain, but the thing that means the most to us in The Lion King family is when it allows us to act as healers,” she said. “In this time and this day when we are looking for who is the outsider, the enemy — we are really doing what we have to do as artists.” The ceremony concluded with a performance from the cast of The Lion King. Additional performances during the program include numbers from the cast of Dancing With the Stars.

Stay tuned to Heat Vision for much more from D23.