You can now own Carrie Fisher’s personal copies of several Star Wars scripts.

Profiles in History said Thursday that they will be putting the star’s personal, hand-annotated shooting scripts of the classic films up for auction during their three day Carrie Fisher and Debbie Reynolds personal property action on Oct. 7-9 in Los Angeles.

The first script up for auction is Fisher’s personal, hand-annotated shooting script from Star Wars: Episode V – The Empire Strikes Back. The 158-page script features annotations by Fisher underlying subtext and context for Leia’s dialogue. It is estimated to sell for $30,000-$50,000. 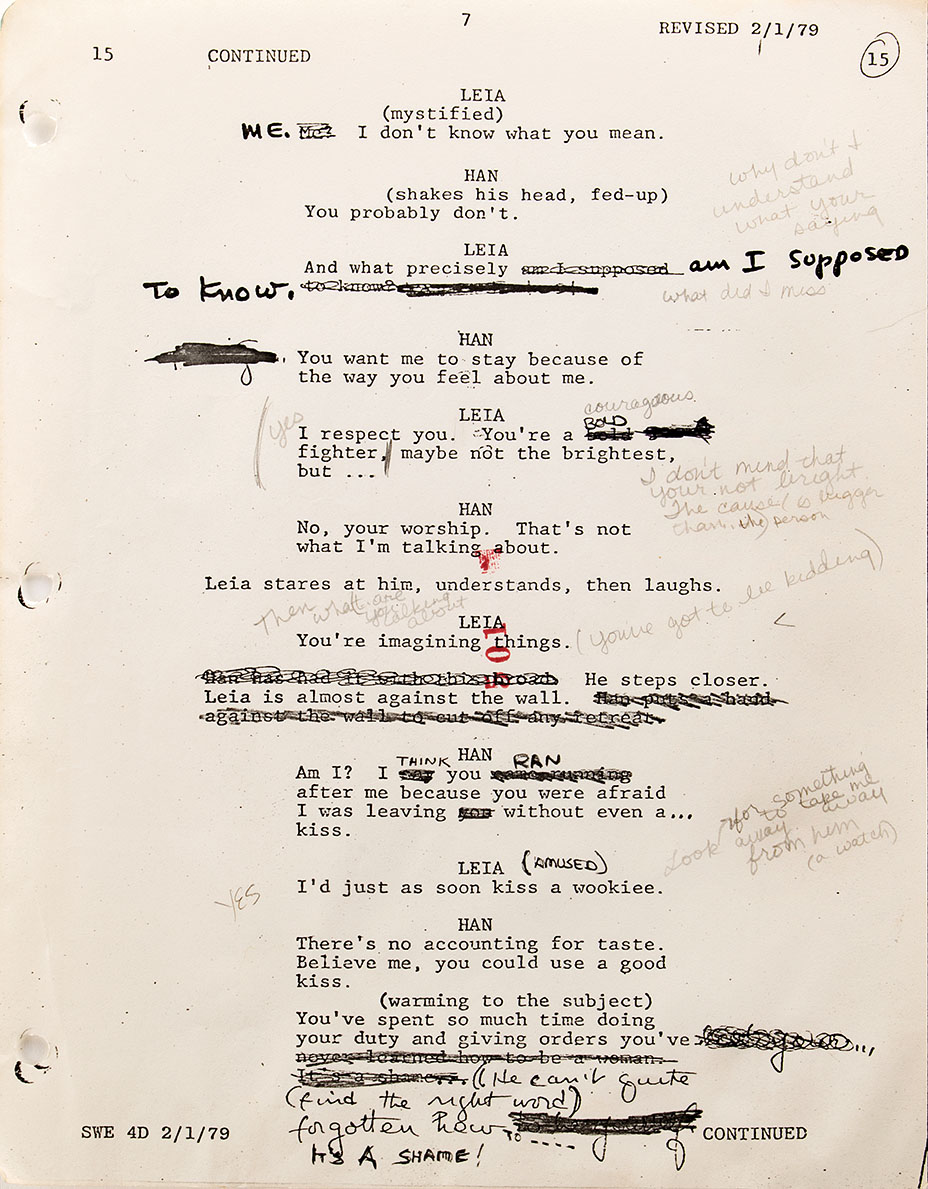 Also up for auction is Fisher’s bound presentation script for the original 1977 Star Wars film, A New Hope, signed by series creator and the film’s director, George Lucas. Lucas inscribed the 156-page script, “To Carrie with much love, George.” It is estimated to sell for $20,000-$30,000.

Another Empire Strikes Back script, this a bound presentation script with a title page reading “Star Wars Episode Five The Empire Strikes Back. By Leigh Brackett and Larry Kasdan. From the Novel By George Lucas” is up for sale as well. Lucas also inscribed this 157-page script in black ink, “To Carrie, May the force be with you. George.” It’s estimated to sell for $20,000-$30,000. 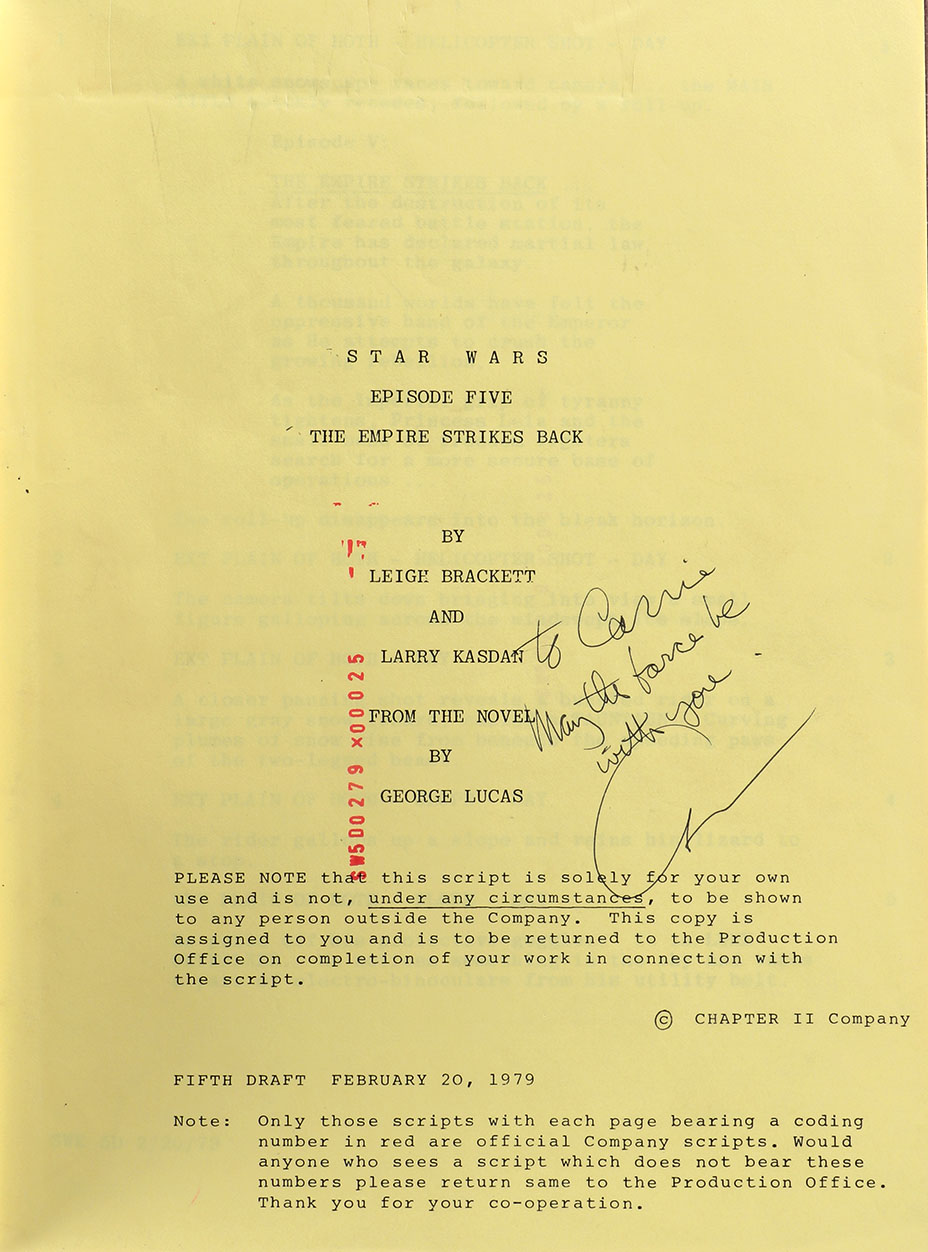 Finally, Fisher’s bound presentation script for Star Wars: Episode VI – Return of the Jedi signed by George Lucas is also being auctioned. The title page reads, “Star Wars Episode Six Revenge of the Jedi Screenplay. By Lawrence Kasdan and George Lucas. Story By George Lucas,” and once again boasts a Lucas inscription saying, “For Carrie. Easy to say lines, George.” The 107-page script features 13 vintage promotional stills of Fisher as Princess Leia from various scenes in the film. It’s estimated to sell for $20,000-$30,000.