Guy Ritchie’s latest film, King Arthur: Legend of the Sword, premiered Monday night at the TCL Chinese Theater before thousands of screaming fans and a few armored swordsmen. Mounted knights rode down Hollywood Boulevard to herald the arrival of the latest big-screen take on the legendary ruler.

“I just thought that we had a new spin, we had a new angle. We could deliver something that doesn’t represent or is influenced any of the previous incarnations that have ever been made,” Ritchie told The Hollywood Reporter. “It just felt that we had enough cool, interesting stuff in the arsenal to present something completely original, whilst at the same time honoring the essence of the story.”

Eric Bana, who plays Arthur’s father, Uther, also thought that the time was right for a new King Arthur film. “To introduce this character to a young audience is really exciting, and you couldn’t get a person better than Charlie [Hunnam] to try to pull that off,” he said.

The film infuses classic Arthurian legend with Ritchie’s signature, hyper-kinetic action style. Hunnam, who stars as King Arthur, spoke about Ritchie’s unique directing vision and why it appealed to him as an actor.

“As bad as he is at preparation, because he’s hopeless at being able to synthesize what he’s going to want ahead of time, he’s absolutely spectacular at working in real time,” Hunnam said. “He’ll show up, and it became very clear within the first week of filming that the script itself was just a blueprint and it was really going to be a process of exploration every day.”

After the screening, the lobby of the Hollywood Roosevelt Hotel was transformed into King Arthur’s castle, complete with a throne, coat of arms and even a sword in a stone for the afterparty. Warner Bros. CEO Kevin Tsujihara and worldwide marketing and distribution president Sue Kroll held court in their own VIP booth while guests enjoyed medieval-themed cocktails and a buffet fit for royalty. 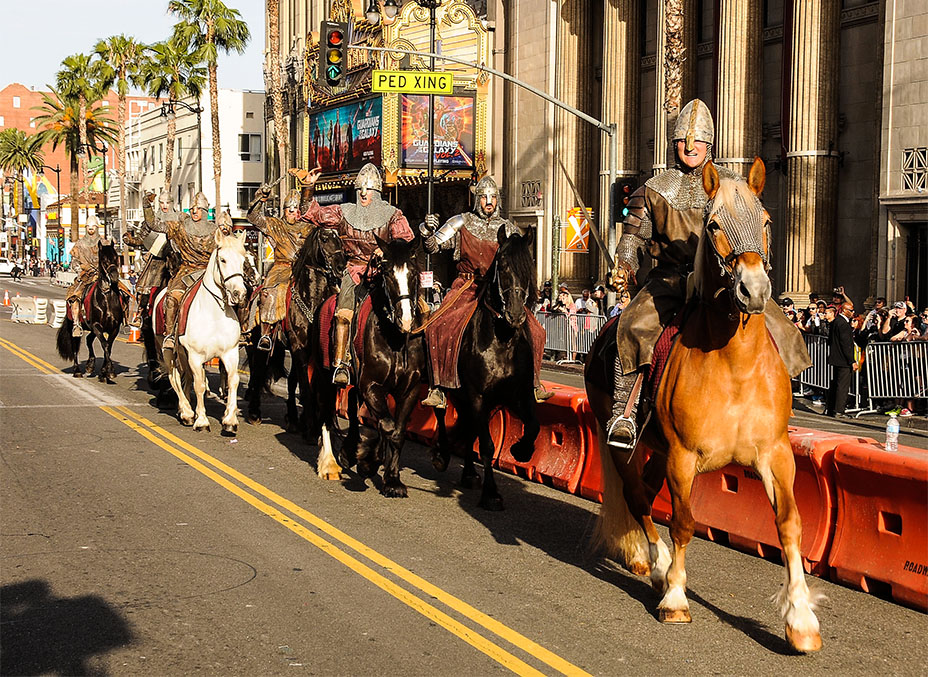