Ed Helms produces and stars in The Clapper as a professional audience member of infomercials and live studio tapings. His quiet life changes when he goes viral, but fame isn’t what he wants — a notion that might be unfamiliar to most.

“The movie plays with the idea that everybody wants to be a famous celebrity — my character Eddie Krumble doesn’t want that, and it’s confounding to everyone around him,” Helms told The Hollywood Reporter. “Not everybody wants this, and the cultural assumption that everybody does says something about us. That’s a little f—ed up. … In a weird way, Eddie is a Zen master, and there’s a lot to learn from him.”

Dito Montiel directed the satirical comedy, which he adapted from his 2007 novel of the same name. The Clapper is debuting at the Tribeca Film Festival, and also features Tracy Morgan, Amanda Seyfried, Adam Levine and the late Alan Thicke. WME, UTA and Fortitude are handling its sales.

Hours before the film’s world premiere on Sunday, Helms sat down with THR to discuss infomercial ubiquity, memorable audience members and acting opposite Thicke in one of his final films.

What drew you to The Clapper?

It’s such a hopeful and positive script, even it’s a story you aren’t likely to see in a movie. Most of the time, screenwriters, directors and producers view stories based on their “value” — is this person’s story worth telling? Is it exciting or funny enough? But it’s happening around us all the time. I love the minutiae of it. It’s specific in a small world, but it’s incredibly rich and emotionally powerful. 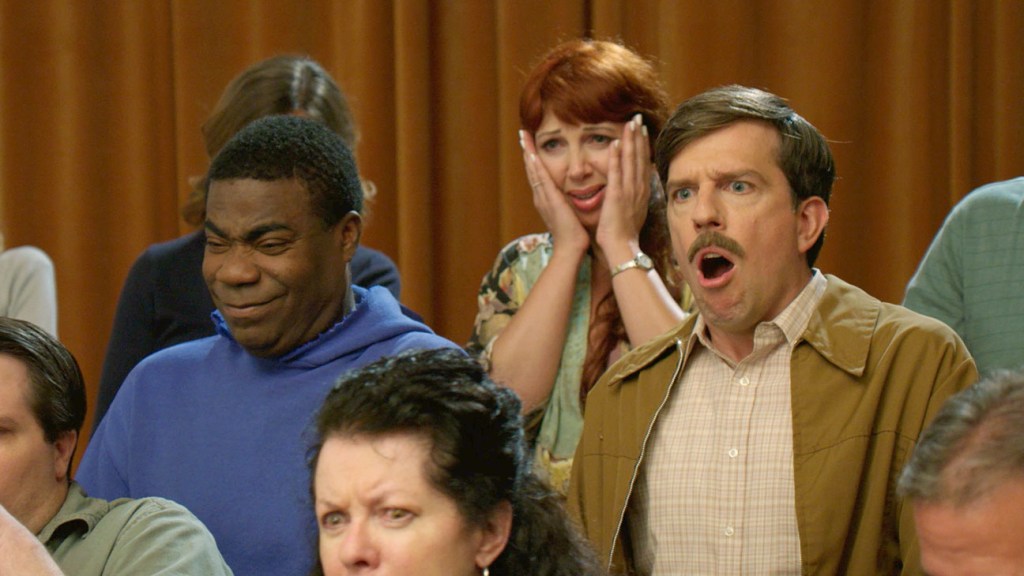 What do you admire most about Eddie Krumble?

The movie plays with the idea that everybody wants to be a famous celebrity — my character Eddie Krumble doesn’t want that and it’s confounding to everyone around him. He just has a job he likes and wants to keep it, but if he becomes high-profile, then he won’t get booked because he’ll be recognized and they have to be anonymous. His life is extremely humble; he’s paid 50 bucks a pop and that’s all he needs. There’s something simple and beautiful and rare about that.

I just love the idea that not everybody wants this, and the cultural assumption that everybody does says something about us. That’s a little f—ed up. I showed this movie to my agents, and they’re like, “It’s great, but maybe it’d be helpful to understand some tragedy in Eddie’s life beforehand to help explain why he is the way he is.” I said, “Are you guys just maybe projecting onto Eddie your confusion over not having crazy ambition?” These days, it’s hard to even understand someone who is content. In a weird way, Eddie is a Zen master, and there’s a lot to learn from him.

How was it shooting the infomercial scenes?

Like everyone else if we’re willing to admit it, I’ve probably watched thousands of infomercials. I always feel bad for the actor they hire to play the person struggling with the existing product. Like, “Garden hoses are such a hassle!” And then who is this poor guy and how did he get cast as someone who’s so dumb that he’s getting strangled by a garden hose?

We basically devoted an entire day to clapping. The whole studio was built out with different infomercial sets and we bounced around, doing different clapping takes. There are some awesome cameos, like [Tae Bo inventor] Billy Blank. People from the infomercial community were really enthusiastic and supportive.

What are the memorable audiences you’ve seen throughout your career?

I did standup for the better part of a decade, and when you do it long enough, you just encounter the most horrendous heckling imaginable. Here in New York, those Long Island crowds are brutal for a nerdy guy like me. My material’s not that offensive and they want it to be, and try to berate you into being mean to them because they love it.

Also, every once in a while on The Daily Show, you get someone who’s on a mission to bust the show for their hypocrisy or something — in the preshow warm-up, they’ll ask pointed questions for their own little hit piece. That always brought a strange energy, but thankfully that was rare. 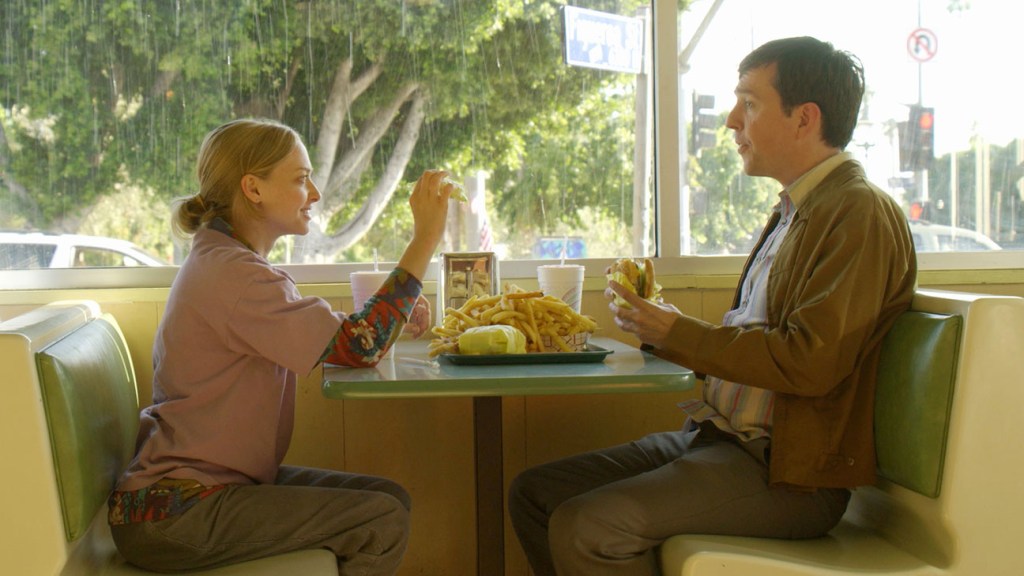 This movie features one of Alan Thicke’s last onscreen performances. How were your scenes together?

Alan Thicke and I go back a ways, because he played my dad in [the 2009 movie] The Goods. In this movie, he plays a heightened version of himself and he’s hosting an infomercial. My character has an interaction with him, and it leans into the stereotypical interaction of a star and a fan. He’s brilliant and hilarious — a kind soul. I’m so grateful that I got to know him and work with him.

Every second of hanging out with Tracy Morgan off-camera is memorable. He’s a lightning bolt; I love being around him. I had never met him before the movie, and he makes everything joyful and hilarious all the time. Between takes, I could be exhausted and want to go take a nap in my trailer, but if Tracy’s hanging out, I want to be where he is. And of course, his recovery from his terrible accident is so incredibly inspiring, and he’s so down to earth about it.