One of the staples of San Diego Comic-Con has been the exclusive offerings from companies such as Hasbro, Lego, and Funko. These Comic-Con-only toys had collectors lining up for hours while the colorful and elaborate booths were destinations for conventiongoers, young and old.

With SDCC now turned into a virtual Comic-Con at Home, some companies have backed off their exclusives. But not all. Funko a few days ago revealed a host of exclusives with select retail partners.

Now Mattel is joining the fray, unveiling the first of several toys that would have been its SDCC exclusives: the Hot Wheels Star Wars X-Wing Dagobah.

The piece is timed to the 40th anniversary of Empire Strikes Back, still considered by many the best of the Star Wars movies. It’s an homage to the part of the movie where Luke Skywalker is marooned on the planet Dagobah and meets, and is subsequently trained by, Yoda. This is his moss-covered X-Wing when it is elevated out of the swamp by Yoda using the Force.

The model will sell in a limited quality for $25 via Mattel Creations (using the Instagram channel @MattelCreations) starting July 23. Mattel Creations is a new, direct-to-consumer platform from Mattel that will feature limited editions and collaborations between pop culture artists. The site’s soft launch is timed to Comic-Con at Home. 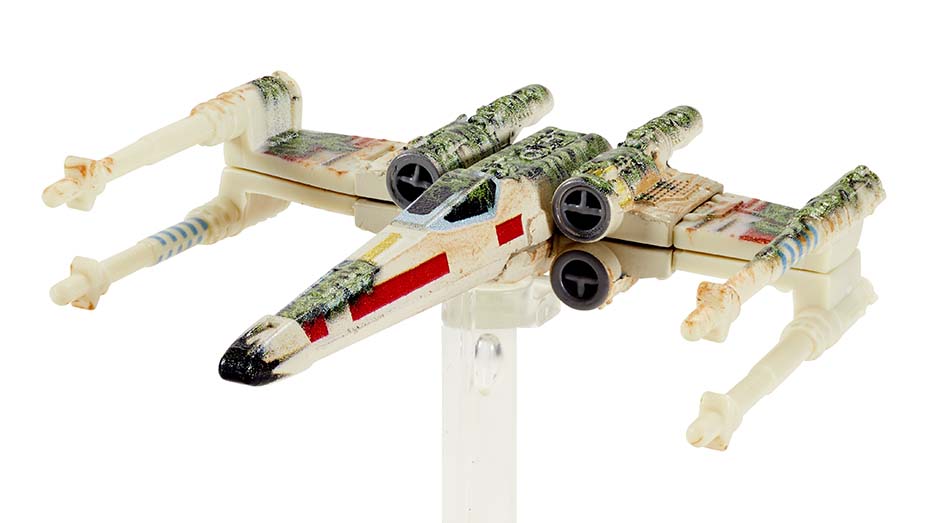 Comic-Con at Home: The TV Lineup