Amazon Studios delivered the world premiere of Coming 2 America on Wednesday night for cast, press and VIPs by supporting black-owned businesses in the process.

Ahead of the virtual unveiling, attendees received a pair of boxes containing gifts for a viewing party that included dark chocolate salted caramel pretzel bark by Zac’s Sweet Shop, artisanal popcorn by Pop’s Kernel and chocolate bars by Harlem Chocolate Factory. A second box revealed a gold crown atop a velvet pillow with a bed of roses underneath, a decadent surprise in line with the film’s royal plot.

Set in the country of Zamunda, the film follows newly crowned King Akeem (Eddie Murphy) and his trusted confidante Semmi (Arsenio Hall) as they embark on an adventure from their great African nation to the borough of Queens, New York. It is a sequel to 1988’s successful comedy.

The film is now streaming on Prime Video, and it’s also being advertised on a fleet of Amazon’s transportation vehicles. For eight weeks, Amazon is showcasing the anticipated sequel on one plane, four trucks and 220 delivery vehicles in a first-of-its-kind partnership with Amazon Transportation in eight key regions.

“Prime Video is elated to celebrate Black excellence by honoring this iconic film in an epic way,” said Ukonwa Ojo, global chief marketing officer of Amazon Studios and Prime Video. “Our team wanted to create an unforgettable moment for our customers and communities that not only highlighted our important Amazon transportation partners, but also intimately touched consumers in their own backyard.” 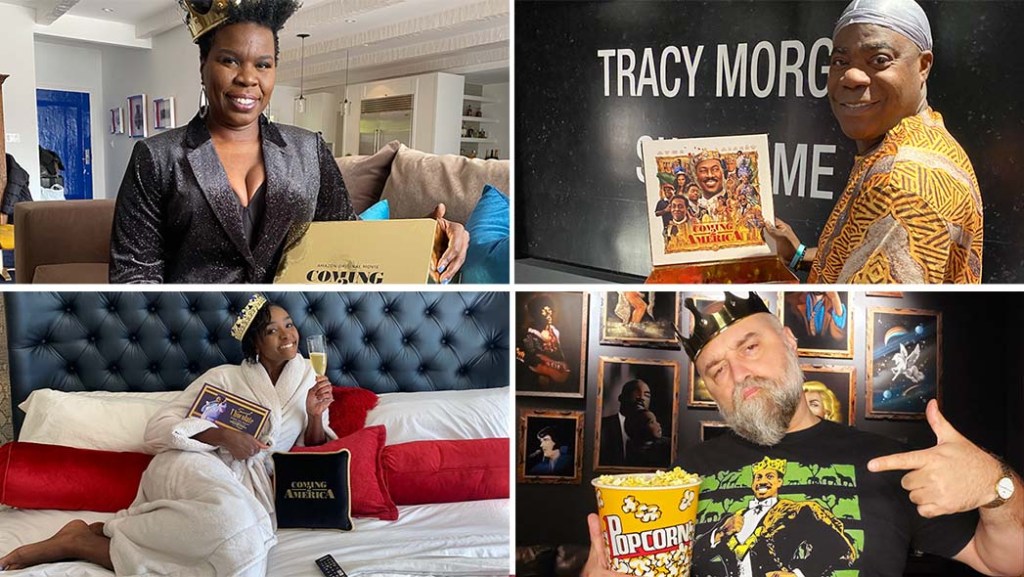 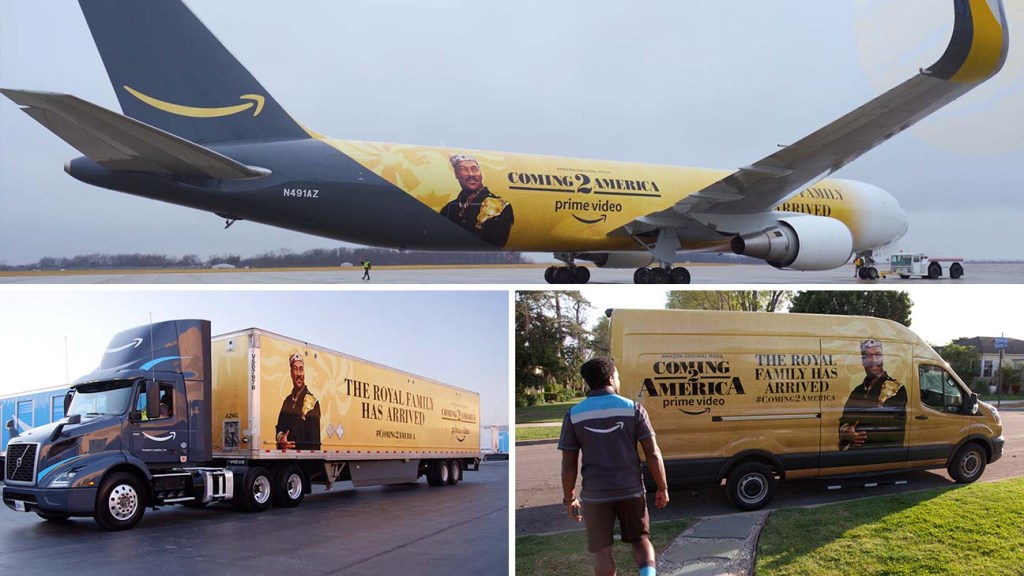