Producer Brad Simpson says it’s been an “extraordinary” year for he and producing partner Nina Jacobson but what he means is extraordinarily diverse. Through the Emmy winning duo’s Color Force, they’ve produced the historic transgender series Pose and The Assassination of Gianni Versace: American Crime Story, both for FX, and the romantic comedy Crazy Rich Asians for Warner Bros., which features an all-Asian and -Asian-American cast. There’s more: They are currently shooting All Day and a Night, directed by Joe Robert Cole and featuring an all-black cast including Jeffrey Wright and Ashton Sanders.

Simpson didn’t address their slate as a way to simply pat themselves on the back; he emphasized that, considering the fact he and Jacobson are both white, they’ve had a steep learning curve on set. “Being involved in these projects, you’re aware of your whiteness in a way that you aren’t every day as a white person just walking down the street. Ultimately that’s a very good thing,” he explained, standing on the emerald carpet at the Aug. 7 premiere of Crazy Rich Asians at TCL Chinese Theatre.

Jacobson offers this advice to producers who follow their lead: “Ask a lot of questions. Be curious. Be open. Be comfortable with everything you don’t know. And to open your eyes to the extraordinary talents that are out there. When you go out to cast a 28-year-old white guy, they’re all spoken for. When you tell a story like [Crazy Rich Asians] or Pose in which every role is going to be cast with a person of color or trans person, there’s an embarrassment of riches that is available to you. It’s inspiring to us, but it’s also good business.”

Billy Porter, who stars in Pose, applauded the producers for their work. “It’s intentional and it has to be intentional. It has to be woven inside of the DNA of how projects are put together from the start,” he said. “That’s what [Brad and Nina] do. That’s what Ryan [Murphy] does. That’s what Brad [Falchuk] does. The inclusion, the diversity wraps around all of us like a warm hug that reminds us all that we’re important.” 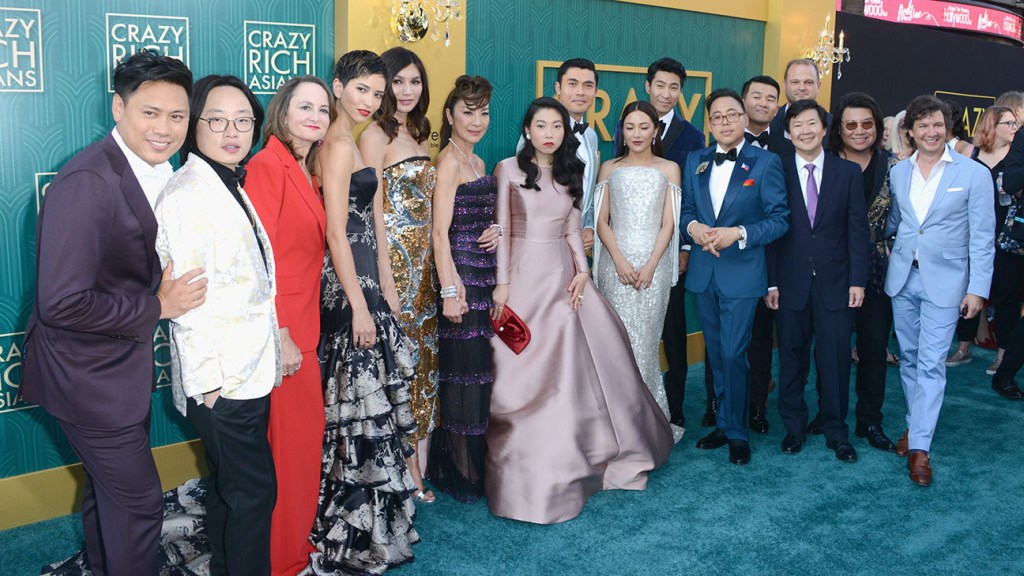