A star is born, and we’re not talking about Lady Gaga.

After making his Fashion Week debut front row at Tom Ford, next to none other than Anna Wintour, Henry Golding is cementing his status as Hollywood’s It Guy with brand-new posters for A Simple Favor days before Paul Feig’s neo-noir comedy hits theaters Sept. 14.

The unprecedented move involved Lionsgate flying the Crazy Rich Asians star from Singapore to Los Angeles on Aug. 31 for a last-minute shoot at the Hancock Park home of Lionsgate chief brand officer Tim Palen, an award-winning fine art photographer who has a studio behind his house. Golding was off to London the following morning for Crazy Rich Asians‘ U.K. premiere.

In the newest A Simple Favor promotional art, Golding has been upgraded to first-name-only basis alongside Anna (Kendrick) and Blake (Lively) in a retro-cool poster that simultaneously evokes Hitchcock and Bond. 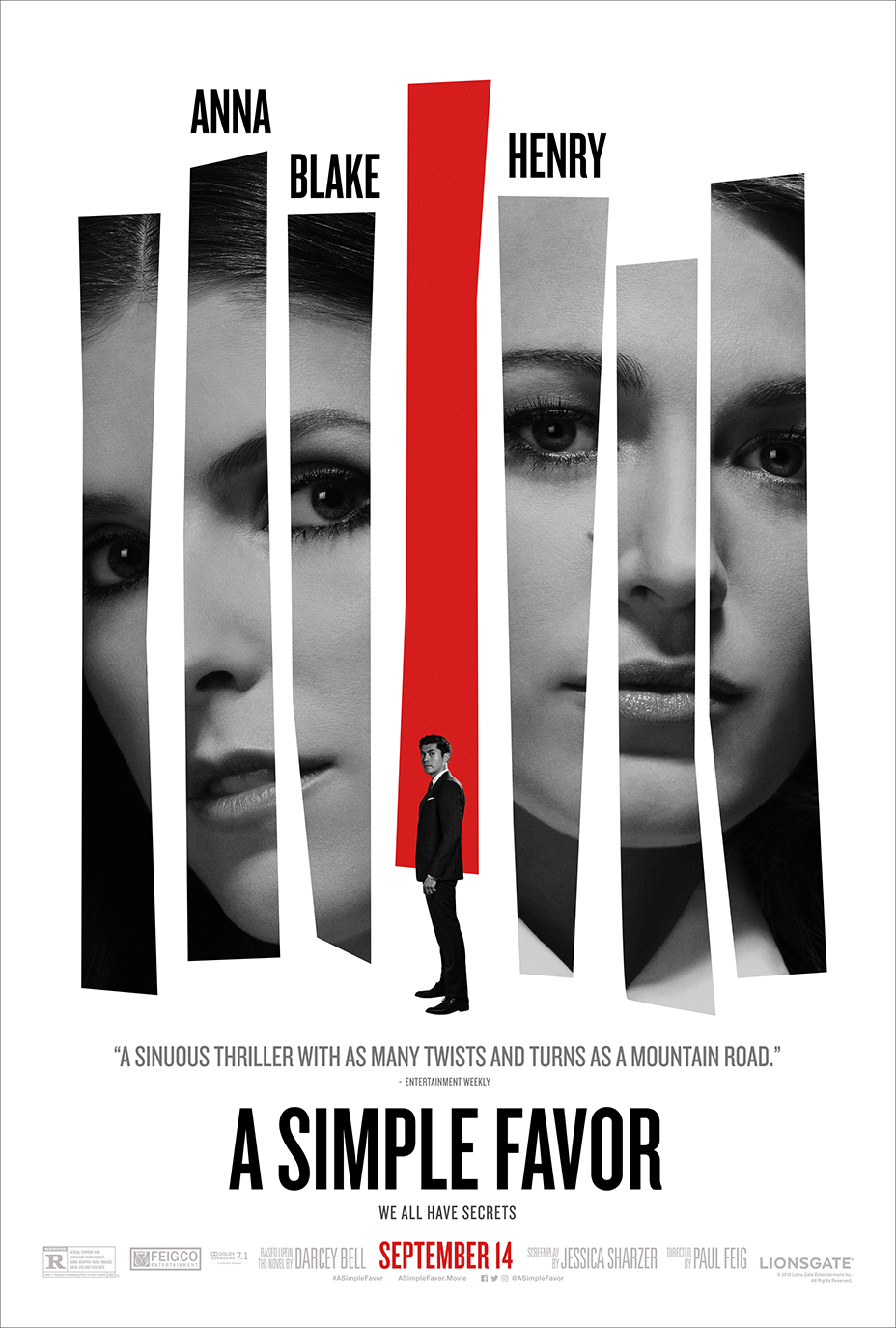 The newbie actor had no contractual billing on the movie, unsurprising given that when he was cast last summer, he had exactly zero acting credits on his resume. But that changed with the Aug. 15 debut of Jon M. Chu’s groundbreaking film, which hit No. 1 in its first three weeks and with a domestic total of $135.8 million (and counting) is the most successful romantic comedy in nine years.

Lionsgate was closely monitoring “Hurricane Crazy Rich Asians,” as Palen puts it, adding that the timing of its Golding-related marketing rollout couldn’t have landed more perfectly. As the Warner Bros. movie continued to gather steam at the box office, their shared leading man became a more and more visible presence on its social media channels and TV spots.

“A month ago, a huge number of people didn’t know Henry, and I think the spread of his fame and popularity is obviously due to the huge success of [Crazy Rich Asians],” Palen says. “Blake, Anna and Paul have huge social media followings, and there are actually people on social media saying, ‘I am seeing this movie because of Henry.’ It speaks to where we are in the zeitgeist.”

In addition to the official Lionsgate advertisements, Palen also did an impromptu side shoot with Golding, so inspired was he by the British-Malaysian presenter-turned-actor’s charisma. “I see Henry as the new Hollywood classic. He reminds me a lot of Marlon Brando and James Dean when they were starting out,” says the photographer, who grabbed a vintage motorcycle jacket and shot him in the afternoon light. “It’s such an exciting time in his career. I asked him if he’d be comfortable [sitting for another shot], and he was super game.”

Palen provided The Hollywood Reporter with an exclusive image from the shoot: 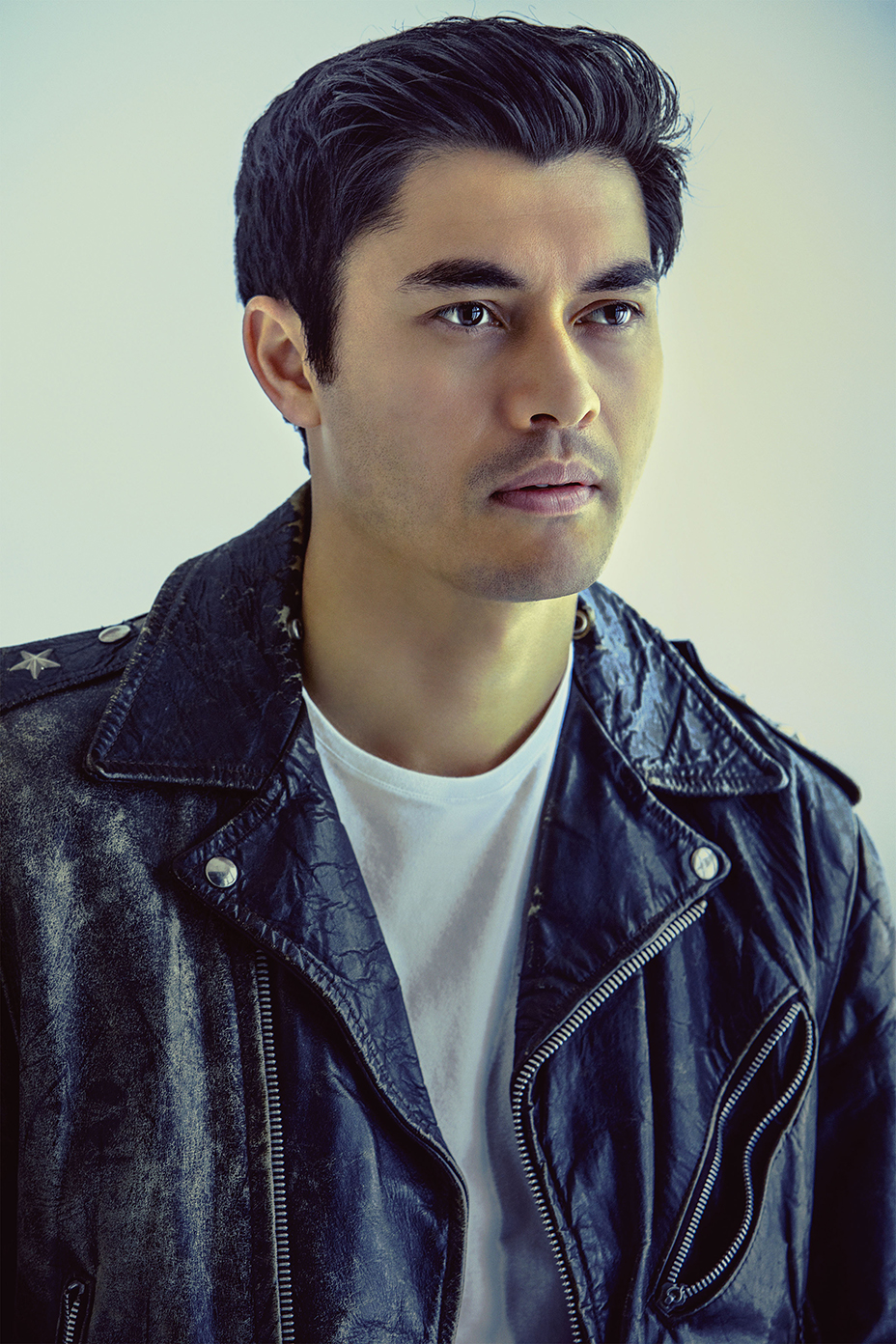 In addition to A Simple Favor, Golding has indie drama Monsoon in the can. In his third feature, from Lilting writer-director Hong Khaou, he plays a British Vietnamese man who left Saigon as a young refugee and returns to his home country to scatter his parents’ ashes.

Golding’s ascent reminds Palen of Marlon Brando in the 1951 film adaptation of A Streetcar Named Desire, which propelled the future icon to heartthrob status and fame overnight. “It’s like a rocket showed up and the whole world turned and noticed,” he says. “A rocket called Henry doesn’t come along very often.”