Frances McDormand’s van-dwelling character utters these unequivocal words during a crucial exchange in Nomadland, one that unfolds in the guest room of a suburban house. A strikingly similar rejection of a well-meaning offer — of shelter, of security — takes place near the end of Ammonite when Kate Winslet’s 19th century paleontologist surveys a well-appointed chamber meant to inspire her with its creature comforts. “You presumed I’d just be fitted into your life here,” she tells the woman she loves. “You don’t understand me.”

Delivering two of the most indelible lead performances of 2020, McDormand and Winslet portray ferociously independent women. On that front, they’re hardly alone in what has been a strong year for female actors. In very different ways, Carey Mulligan (Promising Young Woman), Viola Davis (Ma Rainey’s Black Bottom), Vanessa Kirby (Pieces of a Woman) and Radha Blank (The Forty-Year-Old Version) also play women who refuse to be placed in a nice, neat room. None of these characters is vying for a Miss Congeniality trophy, and they don’t care if you like them.

'Woman King' Box Office: The Secret Behind Its Success (and Why You Shouldn't Rule Out a Sequel)

Ribbon-tied boxes of “likability” have long been the domain of too many women onscreen. Is there anything more sexist than the notion that no one will be interested in a female character if she isn’t likable — or its dreaded corollary, relatable? It’s the storytelling equivalent of being accosted on the street and urged to “smile!” When it comes to the cheery fictional places women have been expected to occupy, with all their faux comforts, does a robust assortment of awards contenders, fueled by take-me-as-I-am firepower, signal that time’s up?

It’s not that complex female characters are something new in high-profile fare, as a glance at recent winners of the lead actress Oscar makes clear. But the latest offerings signal a shift away from certain conventions. In past portraits of “difficult” women, there’s often a redemptive angle at work, a reason to forgive them for the supposed sin of being brusque, contrary or demanding — or to punish them for it. Renée Zellweger’s Judy Garland in last year’s Judy is an emotional wreck, but whatever damage she inflicts is counterbalanced by her musical genius. In 2013’s Blue Jasmine, Cate Blanchett plays a modern-day Blanche DuBois, the epitome of feminine vulnerability, whose self-absorption and emotional fragility are her undoing. And for McDormand’s vengeance-bent Mildred in 2017’s Three Billboards Outside Ebbing, Missouri, her relentless cruelty and violence are propelled by maternal grief.

This year’s group of flinty protagonists have their backstories and their reasons, but the details of their experiences aren’t packaged as mitigating circumstances. Without apology or pleading, the films embrace their characters’ complexity and rough edges. Their redemption or forgiveness is not the goal any more than their comeuppance is.

Vengeance is at the heart of Promising Young Woman. A guileful manipulator like none we’ve ever seen, Mulligan’s Cassie is an avenging angel conceived by a writer-director with an established interest in what she calls malevolent women: former Killing Eve showrunner Emerald Fennell, making her feature debut. With its elaborate layers of performance, Mulligan’s breathtaking turn is a bitter fusion of sugar-coating and payback. Turning the tables on everyday nice-guy predators, Cassie calculates and weighs her every move, a feline entrapping her prey but trapped too in the enormity of her mission: redressing a crime and making the world — or at least her neighborhood — a safer place for women. She’s a hyperreal movie creation yet fully in the groove of someone who knows the brutal realities of the everyday score.

If anyone knows the score, it’s Davis’ Ma Rainey, the commanding center of director George C. Wolfe’s screen version of August Wilson’s play. As the real-life blues great, Davis embodies the inescapable politics of race and class and gender in the story’s 1927 setting. But Ma knows her worth and the power of “no.” She struts and stomps and lays down the law, a vision of defiance with her unfeminine ways and mouth full of gold. “They wanna take your voice and trap it in all them fancy boxes with all them buttons and dials,” she says — an echo of the pretty rooms in Ammonite and Nomadland.

A world away from the Chicago recording studio of Ma Rainey, Francis Lee’s Ammonite is no less concerned with matters of talent, recognition and respect. Set on the wind-whipped southern coast of England in the 1840s, the story of Mary Anning finds her selling beach souvenirs to tourists while pursuing her life’s work as an accomplished but unsung scientist. She’s caught between the near-at-hand business of tchotchkes and the unattainable boys’-club academy. Customer-service niceties are as foreign to her as they are to Mulligan’s hostile barista, and her bluntness has an exquisite power. (As strong as Lee’s film is, the need to explore a fascinating real-life figure through a fabricated love story, with another real-life character played by Saoirse Ronan, remains debatable — and is perhaps a concession, on some level, to conventional measures of relatability, a way of softening the dramatic sting.) 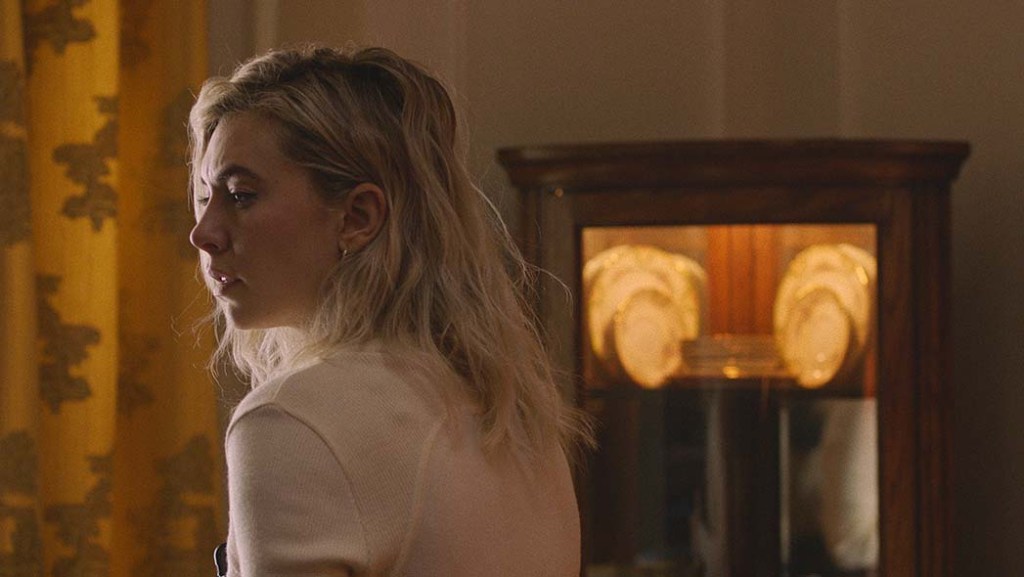 When Winslet’s Mary says, “I had my work. I didn’t need a child as well,” she means it. Usually when a woman says this in a movie, we’re to understand that she’s mistaken, deluded, suffering from a lack that needs to be remedied. But there are many ways to define what it means to create and nurture, and the movies discussed here take their protagonists outside stereotypical confines. With one exception, none of the central characters has children, that outlier being Kirby’s Martha in Pieces of a Woman, a drama that spins around the wrenching death of a newborn. The movie itself is not always as courageous as Martha, but at its strongest it’s a study in the contrast between busyness and stillness. Those around Martha occupy themselves with legalities and blame for the baby’s death; she mourns. She does so on her own terms, not by ingratiating herself to the audience with the therapy-speak and tears we’ve come to expect in stories of loss, but with a steely reserve that alienates everyone she knows.

Fern, Nomadland’s resilient protagonist, is also in mourning. On top of being widowed, she loses her livelihood to the vagaries of the economy after a plant closure essentially wipes her Nevada company town off the map. Placing her lead actor among real-life American nomads, filmmaker Chloé Zhao paints a portrait that resists easy labels and tidy solutions. Fern is quick to point out that she’s houseless, not homeless. Something deep in her soul responds to the subculture she’s found, cut loose from ordinary conceptions of a good life.

One of the year’s most striking debuts belongs to a writer-director-actor working in the realm of comedy, where unconventional female characters have always been an easier fit (though not exempt from the traditional requirement of “redeeming qualities”). For the audience, if not for the people around her, Radha Blank’s character in The Forty-Year-Old Version is exceedingly easy to like, but not because she strives to be accommodating. As a struggling playwright who finds her voice as a rapper, Blank is enacting a spin on her own story. Like Mary Anning and Ma Rainey, Radha knows she has talent, but it takes her a while, and some hilariously awful concessions to the power players of Broadway, to stand strong. The movie’s turning point is a Bronx rap battle in which four women vie to be Queen of the Ring, throwing down blistering rhymes. This is a room where the insults fly and the voices are strong. Check your likability at the door.

As they reject well-worn paths and decline the supposed “solution” of romantic or maternal love, the women in these dramas don’t explain themselves to make sure we approve. This suggests that filmmakers, actors and audiences alike might be done with female characters who conform to an outdated checklist for likability. Maybe it’s enough that they’re compelling.