Sexual harassment, Islamophobia, NSA surveillance of private citizens and crises manufactured to distract from presidential scandals — those were themes of the sharpest politically charged films of the year, exactly 20 years ago. The people behind those films weren’t soothsayers. Comedies like Warren Beatty’s Bulworth and Mike Nichols’ Primary Colors and thrillers like Tony Scott’s Enemy of the State and Edward Zwick’s The Siege shrewdly observed the darkest undercurrents of their time.

But rather than subsiding, the trends those filmmakers mined for outrageous satire or heightened drama have only ramped up in recent years. Some of those ominous strands existed as threats that weren’t yet full-blown; it was possible two decades ago to treat surveillance as a minor possibility. Other social evils were so deeply embedded that it was easier to overlook how pernicious they were. Sexism and racism were cloaked in a veneer of progress during the Obama era. But in the Trump years, sexism, racism and lying have surfaced to become a conspicuous part of society and politics. Looked at today, those once-outrageous 1998 movies seem like dystopian fictions come true. 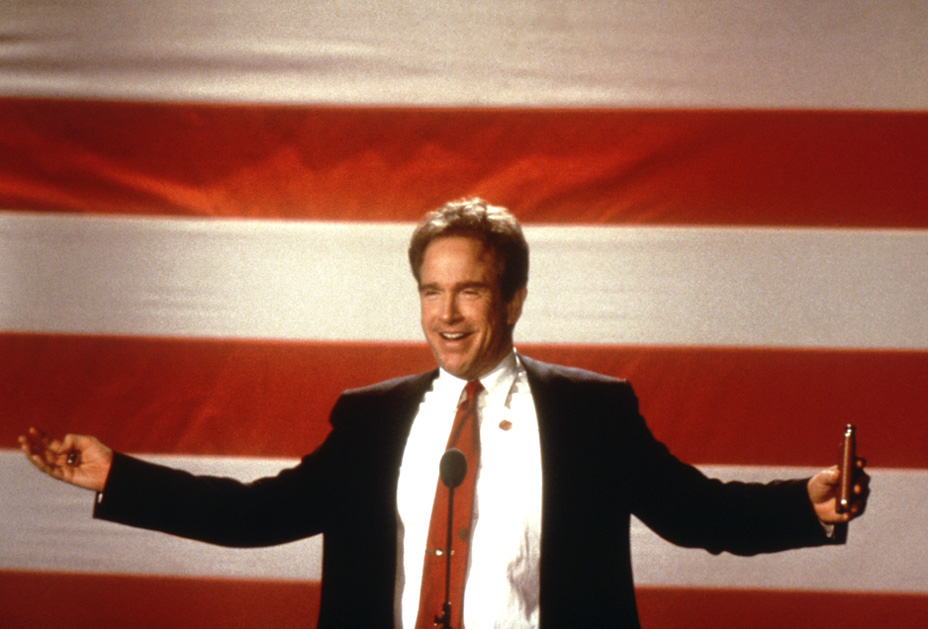 Beatty directed, co-wrote and stars in Bulworth as a senator whose blunt campaign remarks make him a populist hero. Sound familiar? But rather than a right-wing advocate of “alternative facts” who demonizes certain ethnic groups, Bulworth is a liberal truth-teller who favors races intermarrying until everyone turns multiracial. In other words, he is an opposite-world version of Donald Trump. Bulworth wins by speaking with the kind of no-holds-barred rhetoric that Trump has exploited so effectively from the other side.

In one instance, though, the character’s actual words anticipated Trump’s. When Bulworth embraces black culture he begins to rap, badly, about his own experience:

The pussy, the pussy, I like it fine
And when you be a senator you get it all the time!

“When you’re a star they let you do it,” the celebrity host of The Apprentice would say on the now-infamous Access Hollywood tape seven years later. “You can grab ’em by the …” and the rest is presidential history. 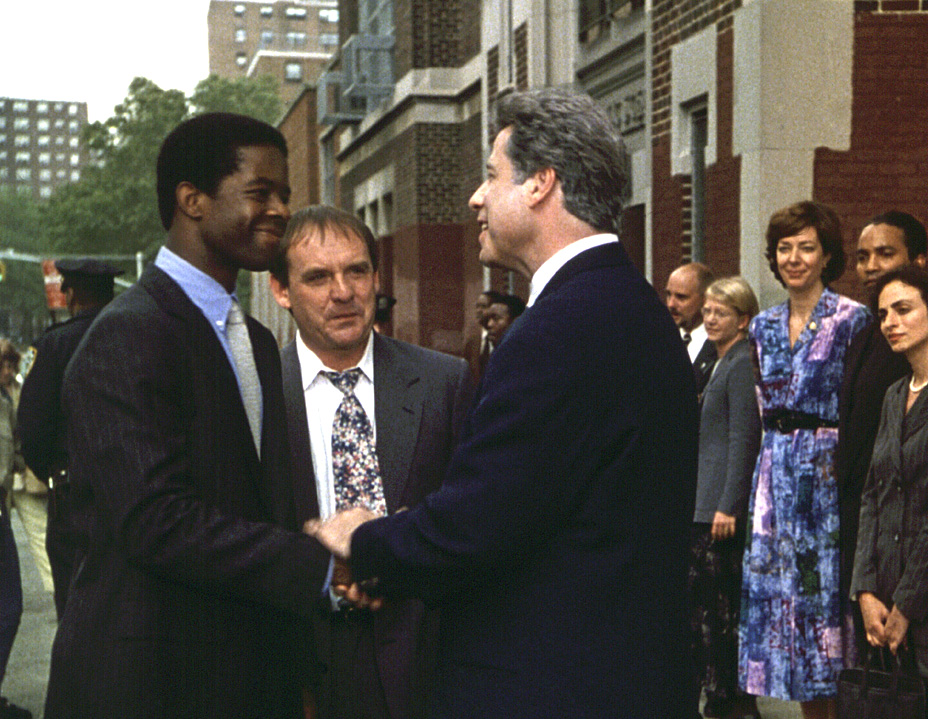 Sexual misbehavior has embroiled many presidents, all the way back to Thomas Jefferson, although none so overtly as Bill Clinton. He was in office when Primary Colors came out. Word of his relationship with Monica Lewinsky didn’t arrive until January 1998, and the impeachment happened in December. But the film already had plenty to work with, based on Joe Klein’s barely-veiled 1996 novel about how Clinton’s first presidential campaign dealt with a pre-Lewinsky sex scandal.

Today, certain scenes from Elaine May’s endlessly sharp screenplay leap out. When a character named Cashmere McCloud, based on the real-life Gennifer Flowers, threatens to go public with accusations of an affair with the Clinton character, Jack Stanton (John Travolta), the campaign considers and rejects the idea of buying publishing rights to her story in order to bury it.

That is exactly what Playboy model Karen McDougal claims happened in 2016 when the National Enquirer bought her story about her affair with Trump and killed it, in cahoots with Trump’s personal lawyer, Michael Cohen. The point isn’t that such slimy deals exist — they have for years — but that such stories now register as deja vu rather than revelatory.

Still, a 2018 audience will probably be startled when an out-of-control Stanton campaign strategist, played by Billy Bob Thornton, unzips his pants in the office as a come-on to an attractive woman. He is quickly called off by a male colleague who snaps, “You ever hear of Anita Hill?” Even more startling is the realization that 1998’s growing awareness of sexual harassment seems to have gone underground for a couple of decades, resurfacing with today’s #MeToo and #TimesUp movements.

Enemy of the State 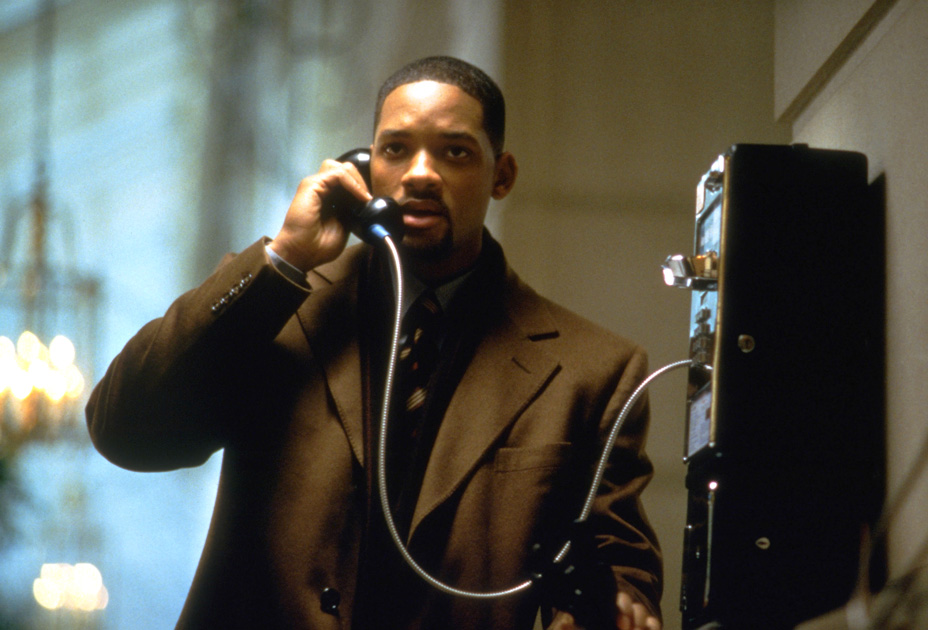 Dramas were even more astute at picking up hints of dangerous social currents. In Enemy of the State, Will Smith plays a lawyer who stumbles into a government operation and is tracked by the NSA. Long before Edward Snowden blew any whistles, Gene Hackman, as a former NSA analyst who listened to calls from “foreign nationals,” warns Smith’s character about the government’s ability to spy on all citizens. “They can get into your bank statements, computer files, email, listen to your phone calls,” he says, sounding a note that seemed like news 20 years ago.

Sharp observers foresaw the rise of widespread surveillance, but it might have taken a conspiracy theorist to see how the film’s murder plot would come back to haunt us. Jon Voight, as an NSA adviser, has a senator killed to prevent a Privacy Act from passing in Congress. That is truly the stuff of melodrama, but it also anticipates the idea of a Deep State made up of nefarious government agencies, a conspiracy theory now promoted by far-right demagogues like Alex Jones. 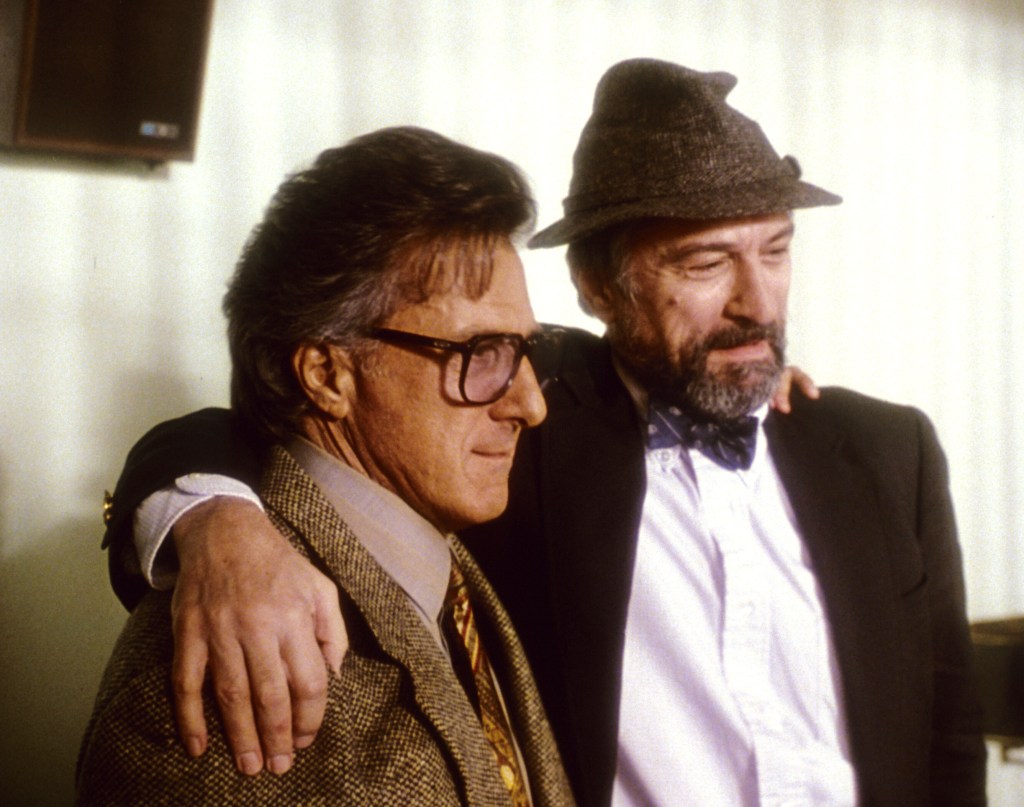 Myths like the Deep State can flourish because the public’s sense of what might be factual or true has been so pervasively and deliberately undermined in the past two years. The title of Barry Levinson’s Wag the Dog has become a blanket term for political lies and distractions. In that film, to defuse a scandal about presidential sexual abuse, the consultant, played by Robert De Niro, invents and publicizes a war with Albania, a sham conflict entirely produced in Hollywood.

Today an unreal war might be invented on Twitter and amplified on Fox News, which in 1998 was just two years old and not yet a powerful political messaging machine. The delivery system might have changed, but the strategy so often visible in President Trump’s tweets is straight from the Wag the Dog playbook: create a problem then take credit for solving it. Mock “Little Rocket Man” and threaten North Korea with “fire and fury,” then pretend to have negotiated a nuclear arms deal and a safer world. 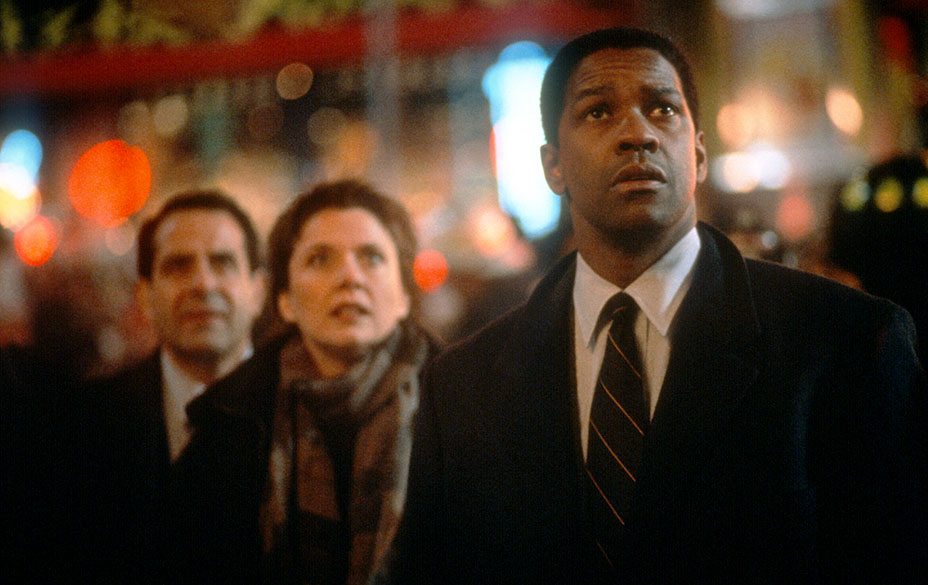 The Siege played off the threat of a more dangerous world. On its release, the film evoked the 1993 truck bombing of the World Trade Center. The film’s fictional story about a series of terrorist bombs set off in New York became even more resonant after 9/11. What seems even more prescient today is the anti-Arab and anti-Muslim bias unleashed by those bombs. In the film, Arab store-owners are attacked by their neighbors. Young Arab-American men are rounded up and put in detention camps.

The film does not deny that those terrorists are Muslim, but it also clearly depicts Islamophobia and the loss of civil liberties as un-American. Tony Shalhoub plays a heroic Lebanese FBI agent whose own son is locked up for no reason other than ethnicity. Denzel Washington, as Anthony Hubbard, the FBI agent in charge of the investigation, lashes out angrily at General Devereaux (Bruce Willis), the government official rounding up the men.

Hubbard asks the general some scathing questions. What if actions that compromise American values, that “bend the law, shred the constitution just a little bit,” actually play into the terrorists’ hands? He wonders, “What if what they really want is for us to herd children into stadiums like we’re doing?” Now that we’ve seen real-life migrant parents and children separated and detained after crossing the Mexican border, Hubbard’s questions, melodramatic as they once seemed, might be 1998’s most acute warnings of all.