Continue to The Hollywood Reporter SKIP AD
You will be redirected back to your article in seconds
Skip to main content
November 13, 2020 9:00am
Logo text

Everyone is familiar with Cruella de Vil, but who was she before she was like a spider waiting for the kill, as the song puts it? Fans of the iconic Disney villain will get a chance to see Cruella’s beginnings in Hello, Cruel Heart, a new novel due in early 2021 from Disney Press.

Written by Maureen Johnson, Hello Cruel Heart is a prequel to the upcoming Disney movie Cruella, which tells the backstory of Cruella de Vil, the villain from the 101 Dalmatians franchise.

That movie, starring Emma Stone in the title role, is set in the 1970s, and Hello, Cruel Heart is set in the swinging London of 1967 — a time when the teenage girl who’ll one day call herself Cruella is looking for the opportunity to establish herself in the world of fashion, no matter what it takes. Johnson, the New York Times bestselling author of the Truly Devious series, explained more to The Hollywood Reporter.

Before there was Cruella, there was Estella. In Hello, Cruel Heart, we meet a sixteen-year-old Estrella in London, living in a bombed out place called the Lair with Jasper and Horace, stealing to make ends meet, and trying to establish herself as a fashion designer. In the summer of 1967, London was the coolest place in the entire world. It was called Swinging London, and everything was happening at once—especially music and fashion. Estella meets a pair of rich siblings, Magda and Richard, who sweep Estella into London’s most fashionable set. Through them, she meets Peter, the guitarist and songwriter for the Electric Teacup, an up and coming band. Estella will go through a whirlwind romance and an intense social experience that turns her toward her eventual emergence as Cruella.

What was your favorite part about getting to dive deeper into the backstory of such a famous villain as Cruella?

Honestly, I barely had to dive. I’ve always been obsessed with this period. Writing this book finally gave me a chance to use all of these things that I’ve always been interested in. I had to stop myself from going into too much detail because the book would have turned into 900 pages of granular detail about stuff I can’t stop thinking about. Let me know when you have ten hours and we’ll talk.

While the film is set in the heart of the punk rock movement of the 1970s, this book takes place about ten years beforehand, in the Swinging London of the late sixties. What about this time period in particular appeals to you?

I’m not exactly sure what got me so interested, but I know it happened when I was maybe 12 or 13. I remember my uncle lent me a copy of Sgt. Pepper’s Lonely Hearts Club Band by the Beatles, and once I heard that, my whole life changed. I suppose the answer is that this period was one of massive change, of huge experimentation. It exploded in music and color. It changed society. The things that happened that summer, we still see the influence now, every day. Music, art, fashion, thought, political movements… so much of it can be traced back to 1967.

Music is a big part of this story, since young Cruella’s big break comes with meeting the guitarist of and up-and-coming band. How does music factor into your creative process? Did you have a playlist you listened to while writing this novel—if so, care to share any songs from that playlist with us?

I used a lot of music in the creation of this book! Maybe the biggest album of the period it covers—and certainly one of the most famous of all time—is Sergeant Pepper’s Lonely Hearts Club Band by the Beatles. If you’ve never heard it, well, now is a good time. You can also see a bit of the recording of one of the most famous tracks, “A Day in the Life.” They turned this recording into a party, and you can see many of the people mentioned in the book.

I was thinking about “Itchycoo Park” by The Small Faces when I was making the Electric Teacup. This is one of my favorite songs of all time. I first heard it when I went to London after college and I was working there during a brutally hot but amazing summer.

I mention the Rolling Stones a lot, including Mick and Marianne. Mick Jagger and Marianne Faithful were a couple, and they lived at 48 Cheyne Walk. I made Magda and Richard their neighbors. There are many great Rolling Stones songs I could mention here, but I think I’m going to go with “We Love You.” Mick Jagger and Keith Richards were famously arrested and put on trial in 1967, and they made this song in response to those events and their release. Marianne appears in this — I love Marianne. The guy who appears to be falling asleep all the time in this is Brian Jones, who founded the Rolling Stones. I based Peter’s — the guitarist/songwriter for Electric Teacup and Estella’s love interest in the book — ability to play any instrument he picks up on Brian, who had that talent.

There are so many incredible songs I could add. A few more, like, “Waterloo Sunset” by the Kinks,” A Whiter Shade of Pale” by Procol Harum, or “Purple Haze” by Jimi Hendrix.

What about Cruella’s character do you think your readers, and general readers of YA fiction, will gravitate toward?

Cruella, or Estella, as she is called in the book, wants to make something of herself. She has a passion. She’s obsessed. She falls in love with a musician and gets swept up in fandom and frenzy. She’s in the middle of one of the most exciting cities in the world, at an incredibly exciting time. But she’s also not sure who her friends are. Love, music, fame, money, and friendship—she goes through it all. 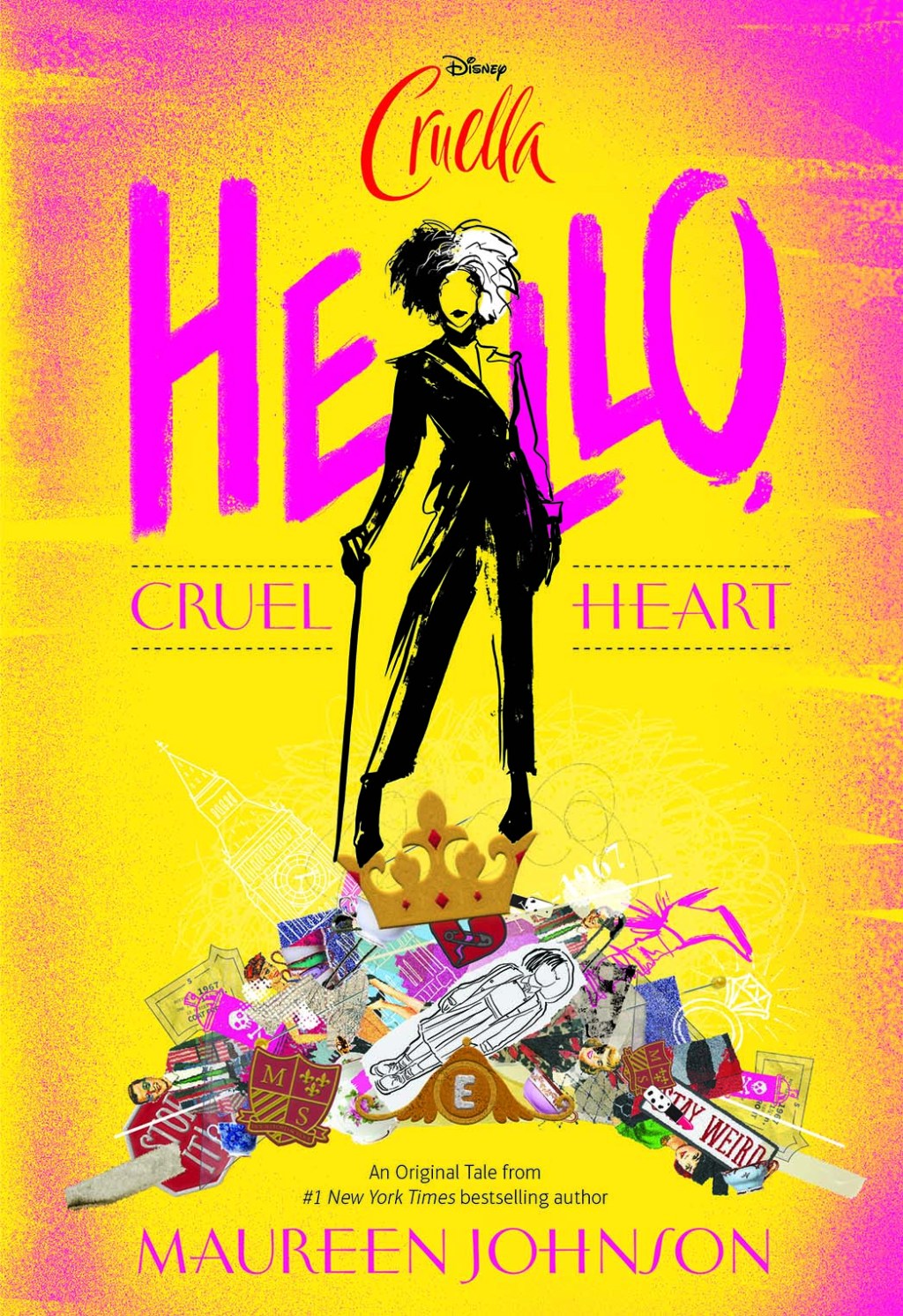