Superstar Blogger Bryanboy Reveals He Pays for His Own Clothes, Travel During Fashion Week

Although her firm is based in London, Livia is Italian; she and Brit Firth have two children together who were born in Rome, and he announced this week that he has taken Italian citizenship in the wake of Brexit. She organized the event with the Italian Chamber of Commerce, the Ministry for Economic Development and Italian fashion’s governing body, the Camera Moda. The show, complete with its own Chopard-created awards statuette, was dedicated to Made-in-Italy values of sustainability as they relate to the focus on handcraft and artisanal production. 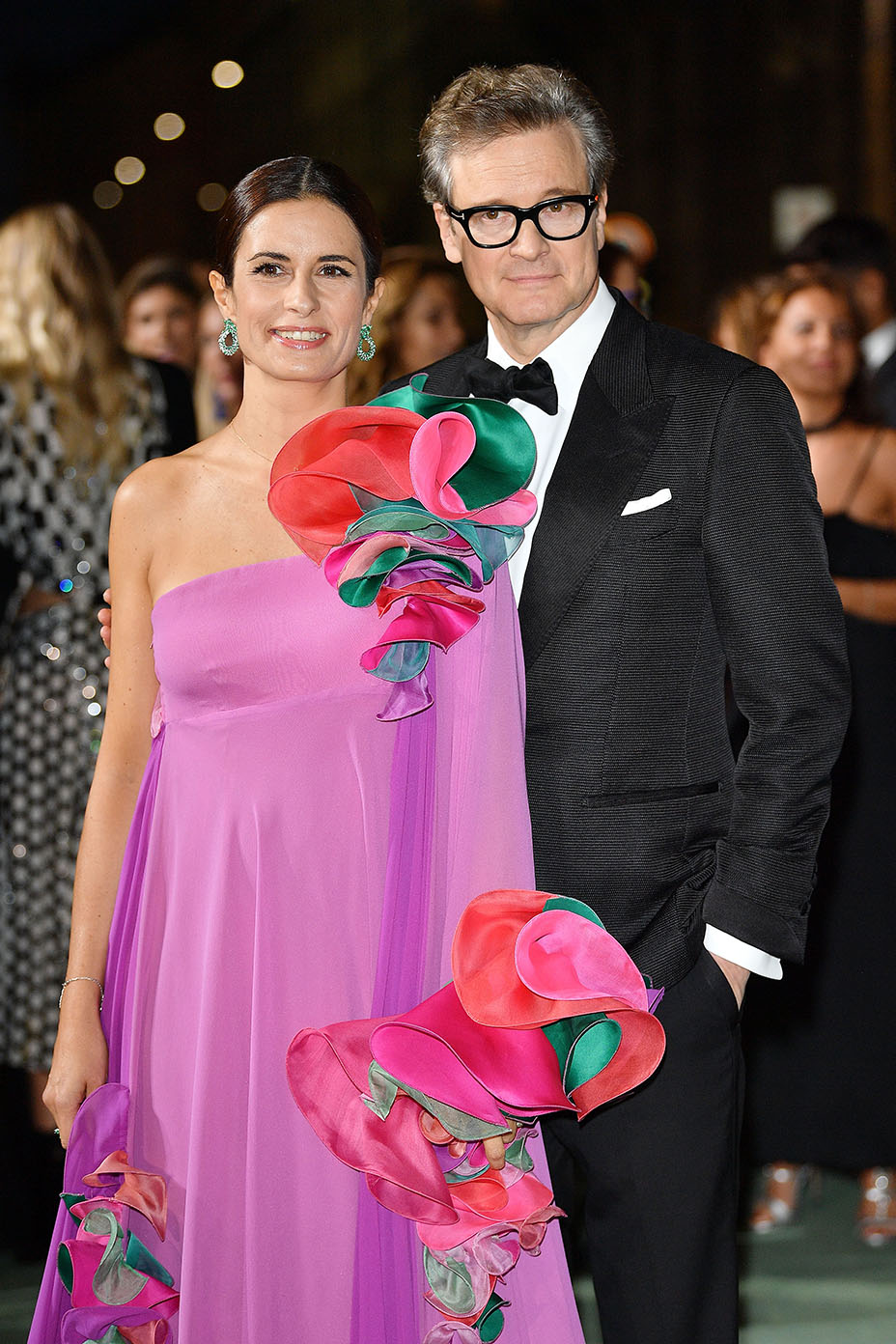 “I hope this is the beginning of a new era,” Livia Firth said, praising the cross-section of industry representatives present, from CEOs to seamstresses. “It’s fashion that’s not fast, not made by invisible people and not made by untraceable supply chains. We have a beautiful future ahead of us. It’s going to be hard, but we’ll do it.”

Avatar and Guardians of the Galaxy star Saldana, who narrated the James Cameron-produced environmental film What Would the Oceans Say, which was presented at the United Nations on World Oceans Day (June 8), said she was there to “add our voices and presence to a movement. Mother nature is something you can’t bargain with; it’s something you need to help heal so it can heal us.” 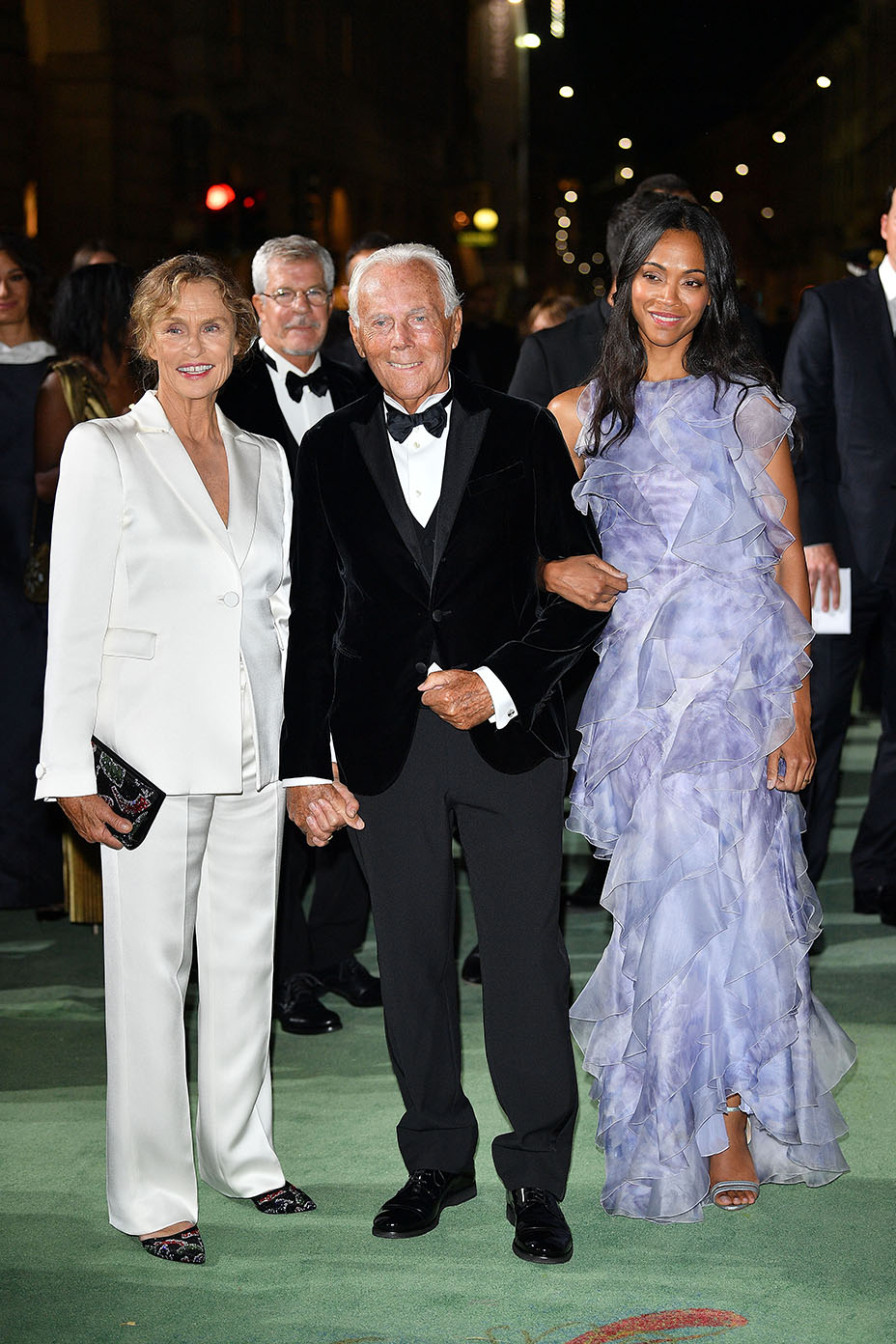 Hollywood stylist Tara Swennen, who works with Kristen Stewart, said the awards are one of the reasons she wanted to come to Milan Fashion Week this season. “I’m a newfound vegan as of three years ago, so everything to do with sustainability is true to my heart. Anything that’s visionary in this industry I applaud.”

Held in the beautiful La Scala, which opened in 1778 and has played host to the world’s finest singers and musicians, the event began with opera performances, naturally, before seguing into the main part, namely the presentation of the 12 awards in categories highlighting winners for their achievements in community and social justice (Brunello Cucinelli); eco-stewardship (Ermenegildo Zegna); supply chain innovation (Gucci); and sustainable production (silk weaver Taroni).

The most touching moment came when the artisanal laureate award went to the seamstresses of Maison Valentino, who filed down the center aisle to their stage wearing their white coats. “They allow me to dream,” the house’s artistic director Pierpaolo Piccioli said.

So touching! Annie Lennox presenting award for Art of Craftsmanship to seamstresses of @MaisonValentino at #gcfaitalia pic.twitter.com/3D1qFfMwrk

Vogue editor Anna Wintour presented the international award for supporting Made-in-Italy to Tom Ford, who accepted via a short film in muddled Italian. “He’s the only man I know who can direct you, dress you and do your hair,” she said of the designer/filmmaker, also relaying a funny story about going on a weekend shooting trip with a well-costumed Ford in Britain. “I’m not sure he managed to land a shot in the same zip code of any of his targets, but he was a vision to look at.”

The event closed with an impressive show of Italian fashion firepower, when four design giants took the stage, all members of the Camera Moda’s unique sustainable roundtable: Giorgio Armani, Miuccia Prada, Pierpaolo Piccioli and Alessandro Michele. Will the awards show have a real, lasting impact of change on the fashion industry, the planet’s second-largest polluter after the oil industry? Time will tell. But it was one hell of a photo op.