In Warner Bros.’ Judas and the Black Messiah, Daniel Kaluuya plays Fred Hampton, the former chairman of the Illinois chapter of the Black Panther Party and a co-founder of the Rainbow Coalition, whose killing in a 1969 raid was the result of an FBI counterintelligence operation. That government plot placed a petty thief named William O’Neal (played in the film by LaKeith Stanfield) undercover to infiltrate the party’s dealings and undermine its community organizing. Speaking with THR, Kaluuya reveals the extensive research he did to prepare for the role, working with rising-star director Shaka King and how Hampton’s philosophy can be applied in our current political moment.

How much about Fred Hampton and the Black Panthers did you already know coming into this role, and what did you learn right away?

I actually went through my stuff the other day, and I saw a school textbook that mentioned the Black Panthers. You learn about American history, and I think they really just scoot past the Black Panther section of it. [There’s] a lot on Kennedy, quite a bit on Martin Luther King, not that much on Malcolm X, and then kind of just moving forward [to the] Vietnam War. I knew about the Panthers and chairman Fred Hampton just from living life and hearing stories from others and having conversations with others and realizing that’s something later on in my life I would love to have a deep-knowledge dive on it, to understand that philosophy and those people. It was from references in art, references around me and in my community and the people I knew, where I got all my information about the Black Panthers before the film was [proposed] to me.

What research tools did you use to get into Hampton’s mindset?

I watched documentaries, not necessarily in order to play Fred Hampton — that’s how I got exposed to him. People would forward stuff and send it to me while I would look on my own. But in terms of taking him in … When approaching the role, it felt imperative to understand the mindset and the philosophies and the thinking before approaching the specificity of the man.

I read the majority of the books on the Black Panther reading list. You needed to have six weeks of political education in order to be a fully fledged Black Panther. I just really opened my mind and opened my outlook on certain philosophies, certain ideas that you’ve heard the derivative version of. But these books were the source material, essentially. And when [the film was] greenlit, I went to Chicago, by myself, just went there. I went to see the family — at that time it wasn’t possible [to meet with them]. I went there, I went to his old childhood home [and] childhood school in Maywood.

I went to all the spots that he went to and experienced where he used to speak. I went to those kinds of spots and just chilled there for a bit. And later on, when we met the family, we had an intense, eight-hour conversation with them — me and Dominique [Fishback, who plays Hampton’s fiancee, Deborah Johnson] and Shaka [King] and the writers. Then I read dissertations from the time about Chicago and the Illinois chapter of the Black Panther Party. I did a lot. I watched footage, I found old audio of chairman Fred Hampton, and I found anything [I could]. I didn’t [think], “Oh, this is what I’m going to do.” I was just like, “Yo, just feel the vibe.” As long as my intentions were pure, and I know I’m here to serve, I’m here to honor this man. And I want to honor how great I thought this man is and just lead with that.

What kind of pressure did you feel, or responsibility even, to American audiences and to Black audiences to make sure you were getting this right?

If I led with pressure, I feel like I wouldn’t be serving — I feel like it’d be about me, or what I am doing. This is a man who lived, and he spoke truth. How do I serve that? You know, how do I bring myself to that?

I felt it especially on the 50th anniversary of his murder. We actually shot the poison scene that day. I allowed myself to be conscious of what he meant to people who loved him and the people who knew him, and what he meant to me. And then you just have to kind of tuck it in and get on with the job. You’ve got to bring it home.

What Shaka has said is, there’s a lot of information about [Hampton’s] death, and this is an opportunity to show how remarkably he lived. He’s [meant] to be a vessel for the ideas and the beliefs and the philosophies and the strategies that he lived to this day, you know, in American society, rooted in chairman Fred Hampton’s mind. So it was an honor to play that. 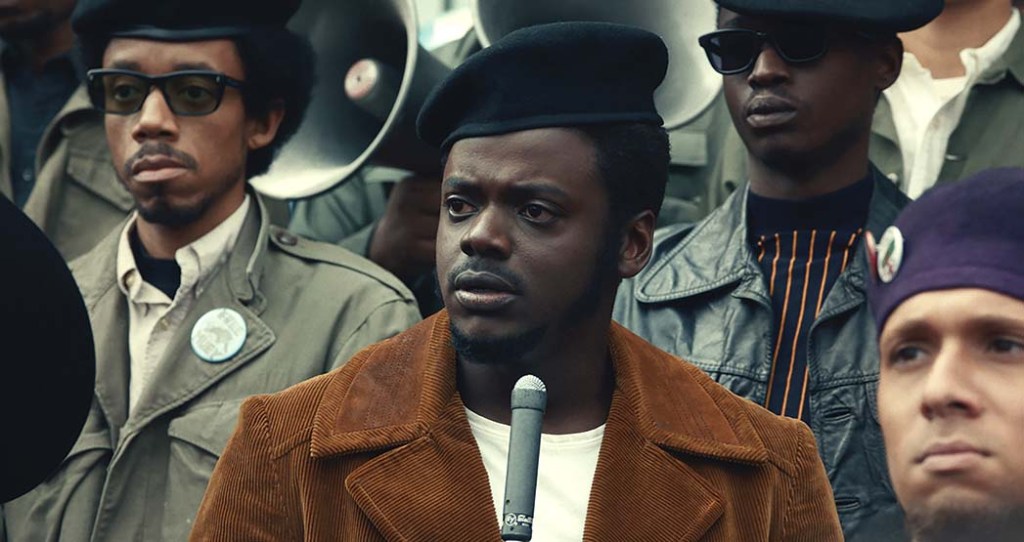 What was your process to break down the character with Shaka?

Oh, Shaka! Shaka was amazing. A year before the shoot, we spent, like, four days together just talking about the film. He shot a bit of me workshopping the scenes and doing some of the speeches — the real speeches. He’d found transcripts of his speeches and I performed those on the spot. I think the most rewarding thing about working with Shaka is that when you end the conversation, you always end up on the same page, wherever it is. You always end up on the same page united, going out as a unified force.

I imagine that you’ve seen the news about what happened at the U.S. Capitol last week. A lot of the people involved in the riot consider themselves revolutionaries. After having played Fred Hampton and getting into that Black Panther mindset, how do you feel when you hear that kind of thing?

It makes me feel that chairman Fred Hampton was right. If you go back to listen to his interviews, listen to speeches, read his speeches and take him in and take in what he represented, I think what is happening in this current moment is everything that he said that happens — and a lot of Black people within America have said happens. This is really a time to listen with your eyes. And so I’m doing that.

Conversely, how did it make you feel to see the Black Lives Matter movement in earnest shortly after filming? That we still have to do what Fred Hampton was doing 50 years ago?

I think that’s what the film talks about: He could have done more work, and he had so much love to give. He had so much leadership to give, so much awareness to gift people. And he was cut short. That’s how they treated Fred Hampton after he was just feeding kids, educating the community, healing the community with their own hospitals. To treat a man like that … That issue isn’t going to be laid to rest in this current moment. History tells us that. So watching [the BLM marches] after we had shot the film, it was just like: Wow, people feel it too. Like, people feel it too.

What are you hoping people take from this film?

With every film I make, it’s just that [the audience wants] to take it. It is the most important thing for me — what they do with it is out of my control and [is] just a reflection of themselves. I don’t want to control how someone receives something. But for the people who are on the front line, I want them to feel confident. And I want the people to research more and read up about the chapters of the Black Panther Party and understand more about that world, and educate themselves on how they feel about it, not what the perception of the time and how they were antagonized and that identity that was put upon them. I want them to go on their own journey.