Danny Trejo is finally going to tell his most personal story yet.

The big screen tough guy is currently in production on Inmate #1: The Rise of Danny Trejo, a documentary that will chronicle his life and career — from his early days on the streets that led him to prison, to getting clean and working with directors like Quentin Tarantino and Robert Rodriguez and appearing in films such as Heat, Con Air and Machete.

“Today, Danny Trejo is temperate, benevolent and likely one of the nicest guys you’ll ever meet. But he wasn’t always this way”, says producer Adam Scorgie in a statement. “Growing up in the mean streets of Pacoima, California, he was raised and mentored by his uncle, a drug addict and armed robber. By the age of 12, he had tried heroin. By age 15, he was introduced to his first jail cell. At 23, he was sentenced to San Quentin for selling a $30,000 bag of heroin to an undercover agent.”

Trejo survived rough conditions behind bars and got caught up in a prison riot that he considers the turning point of his life. In August, he celebrated 48 years of sobriety, and spoke about that turning point with Heat Vision.

“We went to the hole and were facing the gas chamber,” Trejo told Heat Vision of the aftermath of the riot, which saw guards injured. “And I remember asking God, ‘Let me die with dignity. Just let me say goodbye. And if you do, I will say your name every day, and I will do whatever I can for my fellow man.'” 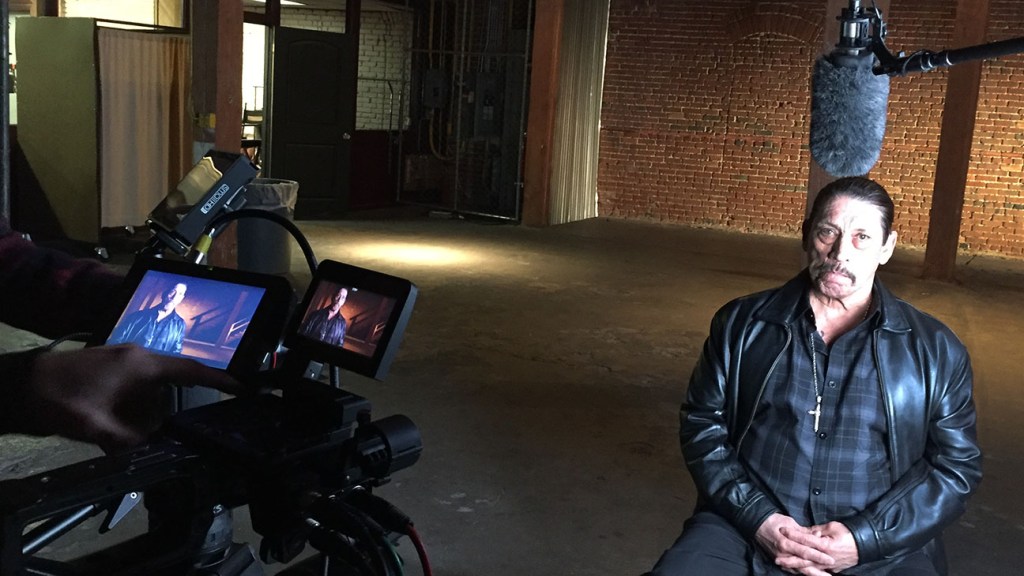 He ended up being released a year later, on Aug. 3, 1969, and ever since Trejo says he had been keeping his promise to God, living clean and helping at-risk youth. In his early years after prison, he found work as a boxing coach, eventually landing a job on the set of the 1985 film Runaway Train, training star Eric Roberts in boxing and getting his foot in the door in the entertainment industry.

Trejo actor recently wrapped on two Universal projects, Death Race: Anarchy and Dead Again in Tombstone. He has also delved into the restaurant business, with his Trejo’s Tacos earning a lot of buzz around Los Angeles.

Inmate #1: The Rise of Danny Trejo is expected to be released in 2018.