Fans of fantasy novelist Brandon Sanderson have an unexpected treat waiting for them this morning: the first chapter to his next book. The new work from the author of the Mistborn and Stormlight Archive series is available exclusively at the bottom of this post.

Brandon Sanderson’s Dark One is a break from the norm; it’s a graphic novel from Vault Comics, originally announced as being in the works two years ago, based on an original idea from Sanderson. The book will be written by Collin Kelly and Jackson Lanzing from a story by Sanderson, with art by Nathan Gooden and colors from Kurt Michael Russell. Lettering on the project comes from Deron Bennett.

The chapter below was originally intended to be Vault Comics’ Free Comic Book Day release this year. The event was indefinitely postponed from its original May 2 date, leaving the issue without a home — until now.

The debut of the material coincides with the news that the complete graphic novel is now available for preorder in both Sanderson’s web shop and the Vault Comics web store. The first 500 preorders will include an exclusive bookplate signed by Sanderson as well as access to an exclusive live-stream Q&A with the author. Those preordering will also receive a bonus pack featuring behind-the-scenes content, and an additional 50 percent off other Vault digital editions.

Copies that are preordered will ship at the end of August. A wider release in comic and book stores remains unscheduled, meaning that the title is, for now, exclusively available via the Sanderson and Vault web stores.

Sanderson also provided an “author’s letter” to accompany the launch. It reads, “Many years ago I had an idea for a story. Now, ideas aren’t precious things as a writer — you tend to have far more ideas than you can actually write. Some ideas, however, are special. These are the ideas that stay with you, haunt you, refuse to let you leave them alone.

“This was one such idea. What if you discovered that you were a figure from the prophesy of a fantasy world? Only, unlike Harry Potter or any number of mythical heroes from books in the past, what if you found out the prophesy had identified you as the destroyer. Evil in embryo. The Dark One.

“I tried on multiple different occasions to write this story–and it never worked. Until now.

“The key was moving it out of a fantasy world, and making it a hybrid between our world and a fantastical realm. This change, along with making the tone darker, made for the secret blend I’d been hunting. In a furious bout of intense writing (when I should have been working on something else) I developed an outline that I loved. Something that finally worked.

“The only problem was, as I’d paced it, the story didn’t feel like a novel. Not a traditional one, at least. So I began looking for a partnership that would tell the story the way I envisioned. This book is the final culmination of that process: the first story I’ve written intending it to be a graphic novel.

“One of the most frustrating experiences of a writer’s life is having a story that doesn’t work. But there is a delightful experience that goes with that one, hand-in-hand. That’s the day where you finally get it right — when you finally get to see completed something that has required years of labor and worry.

“It is with this sense of delight and long-awaited satisfaction that I finally get to present to you Dark One.”

Read the complete first chapter of Brandon Sanderson’s Dark One below, courtesy of Vault Comics. 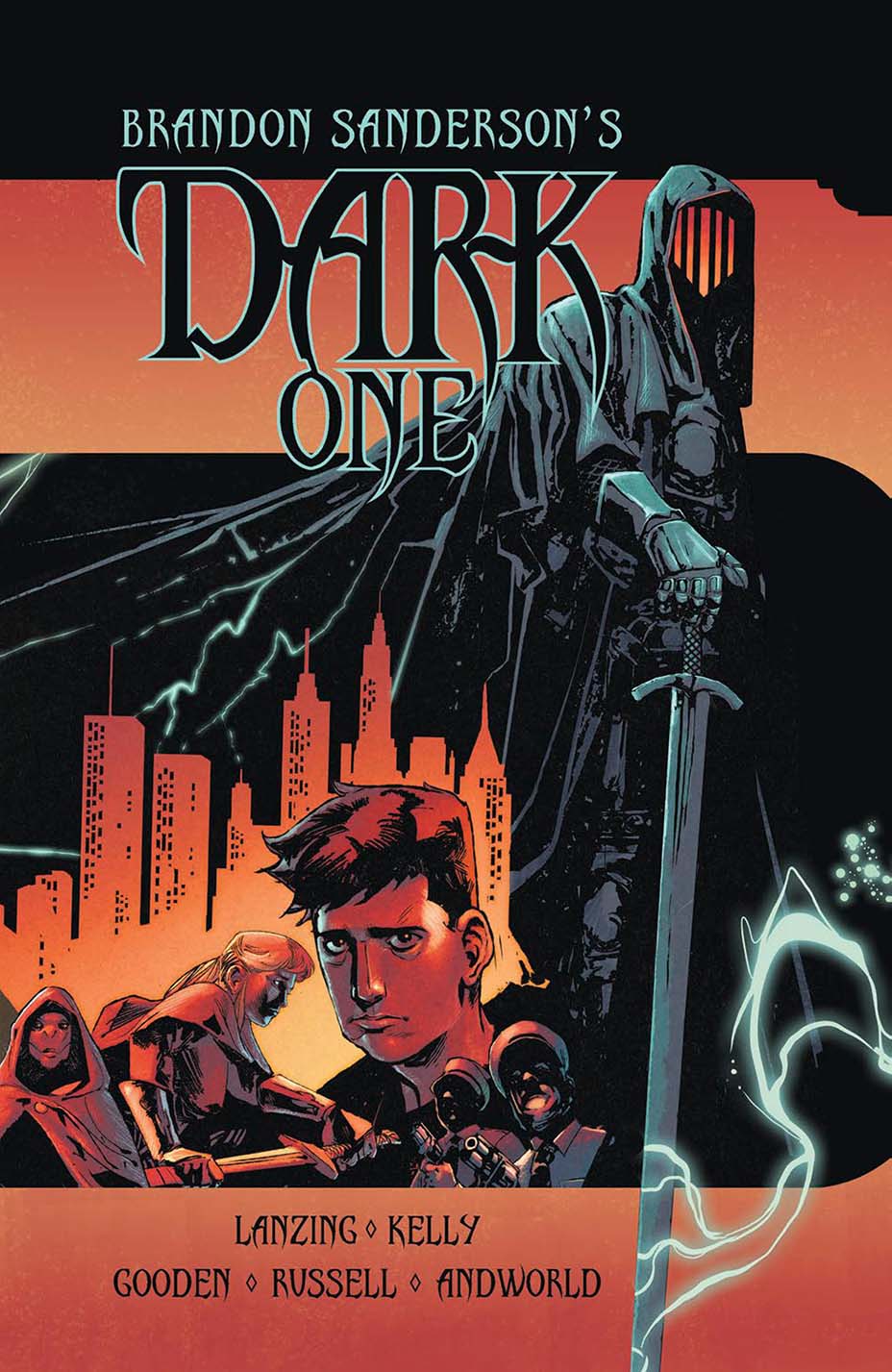 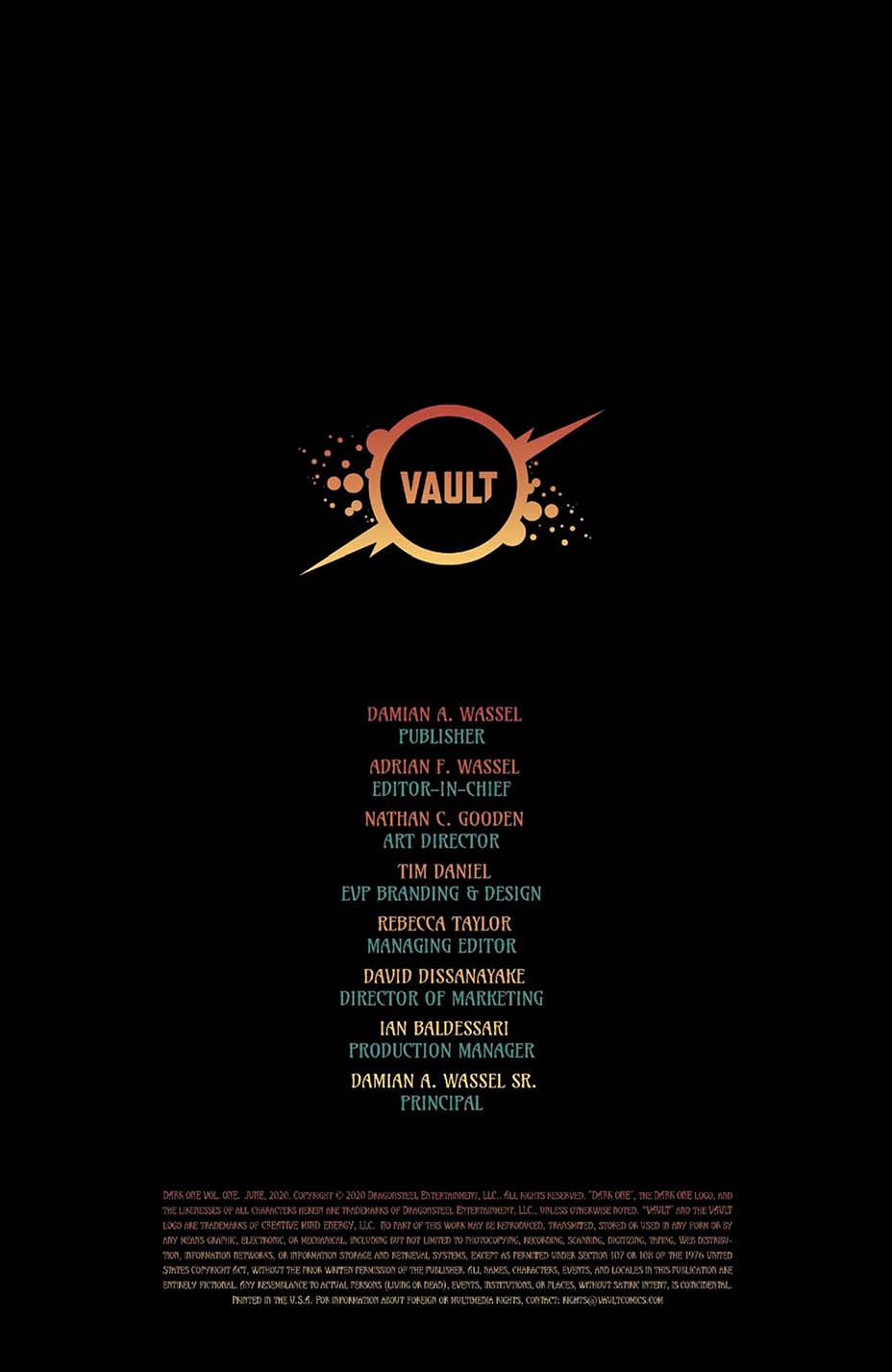 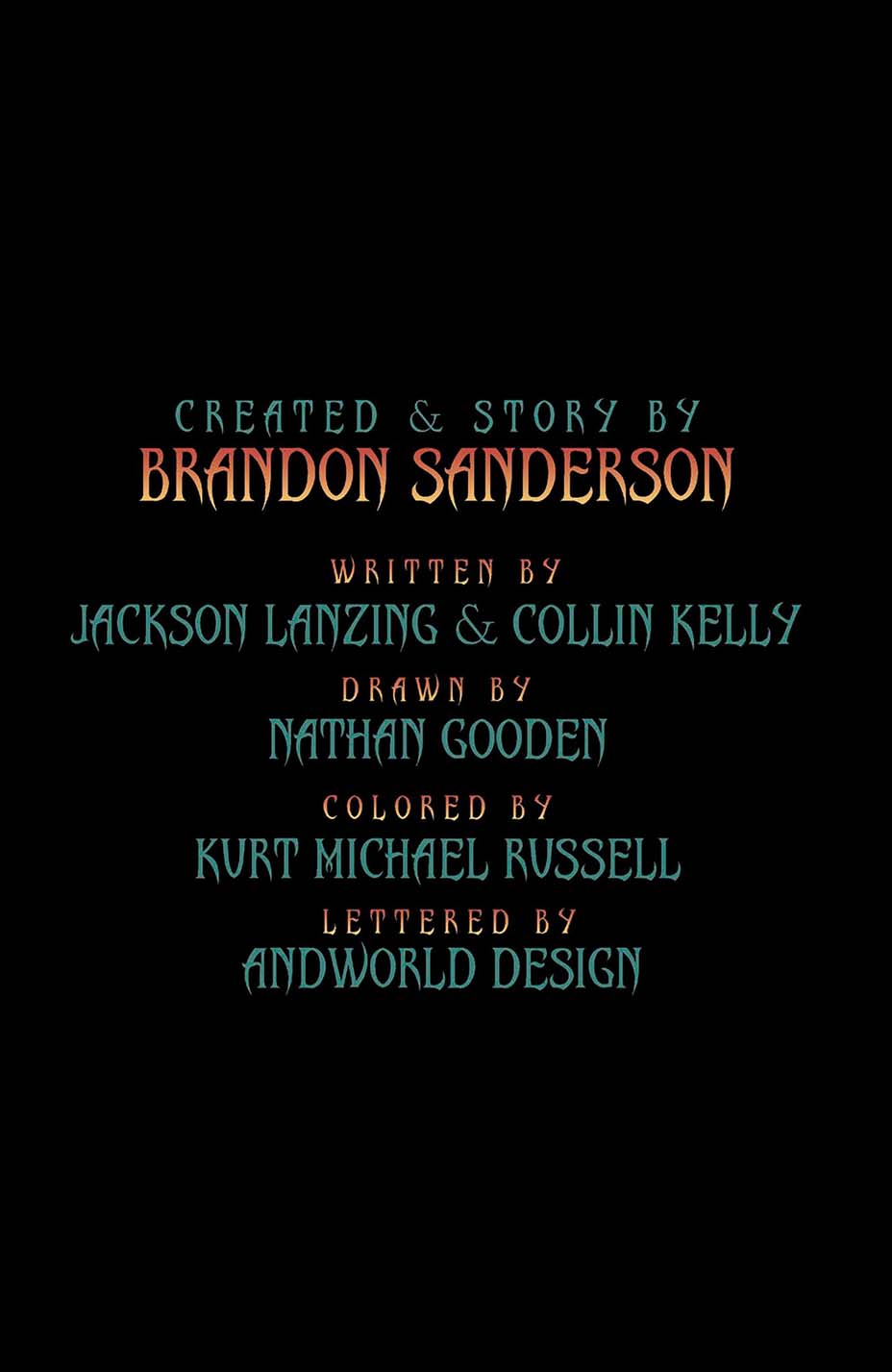 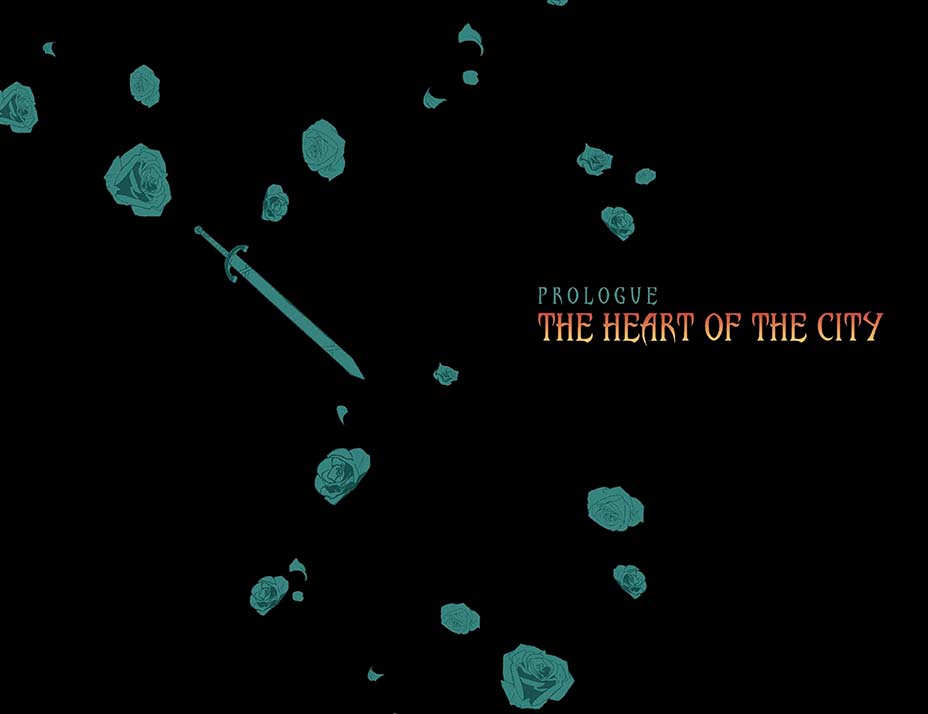 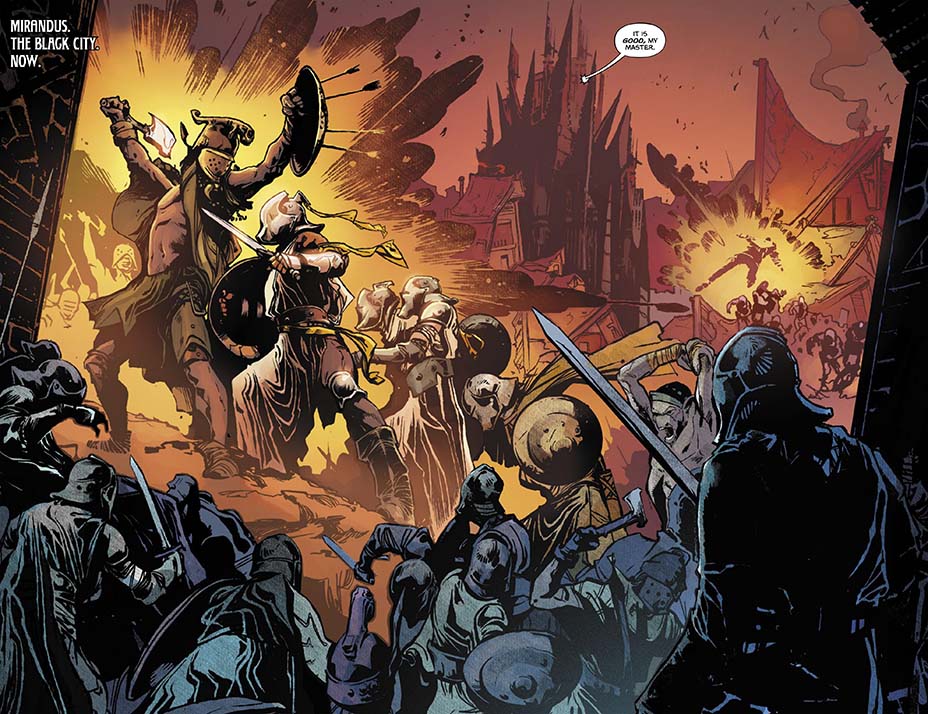 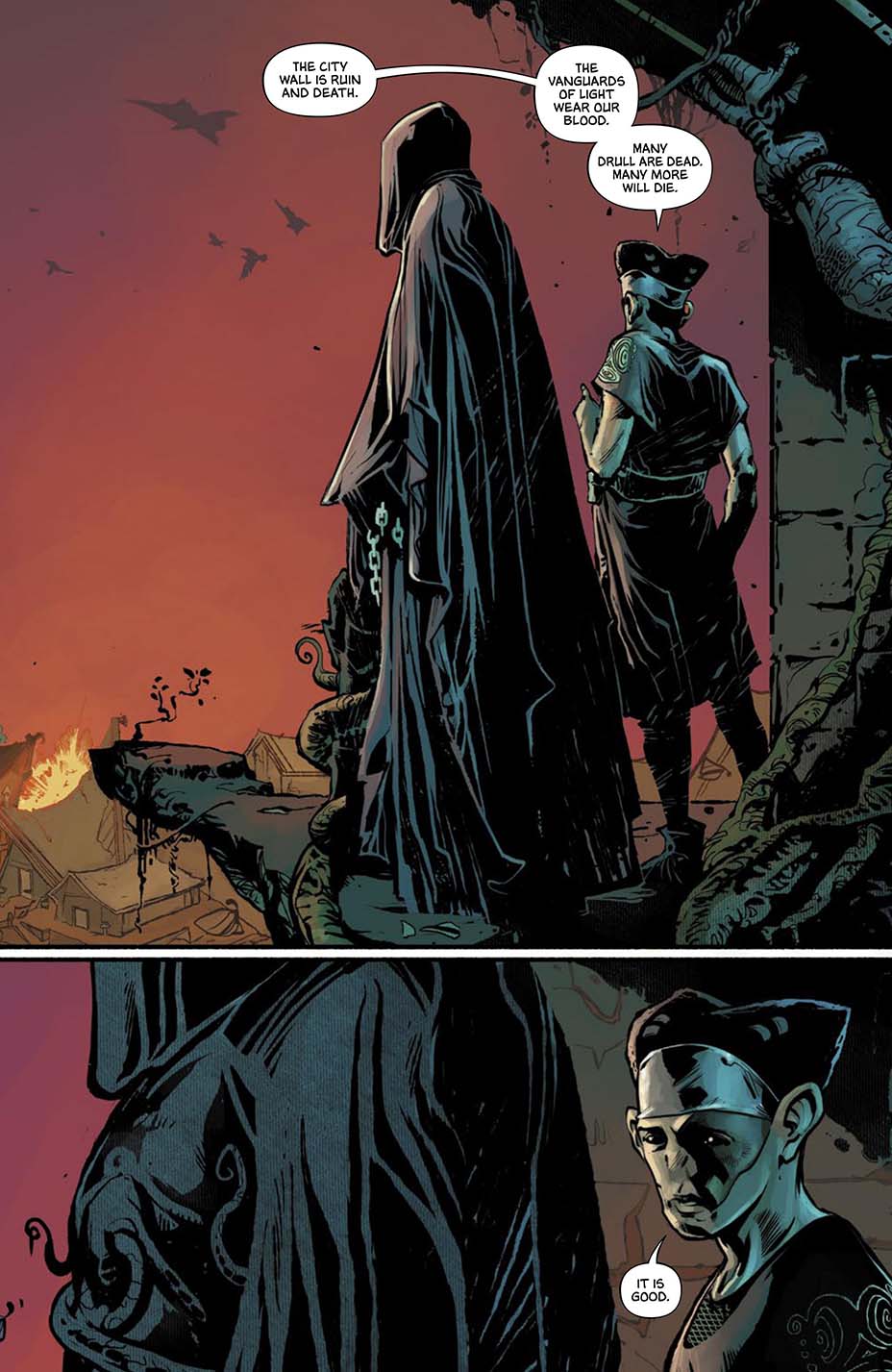 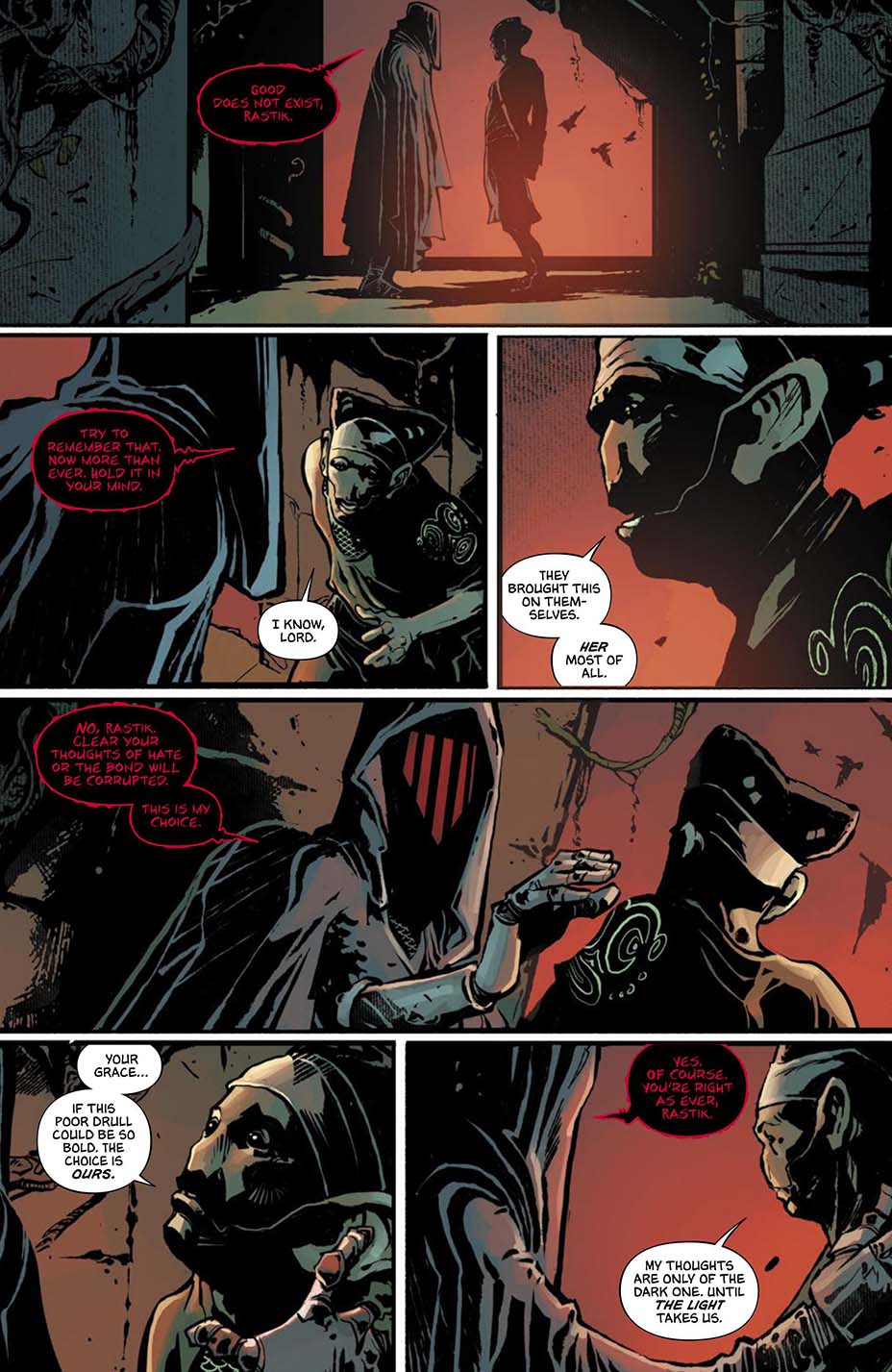 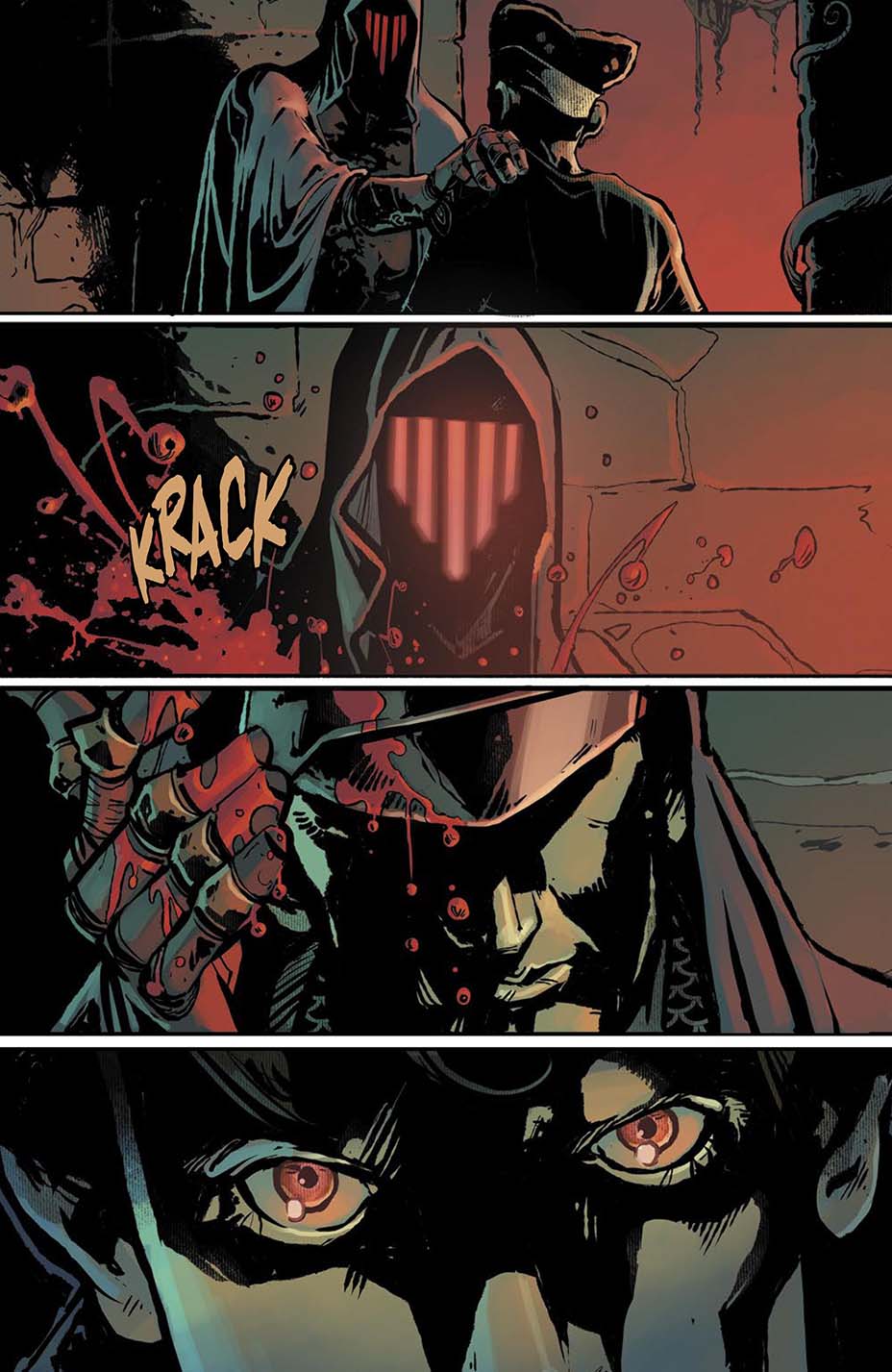 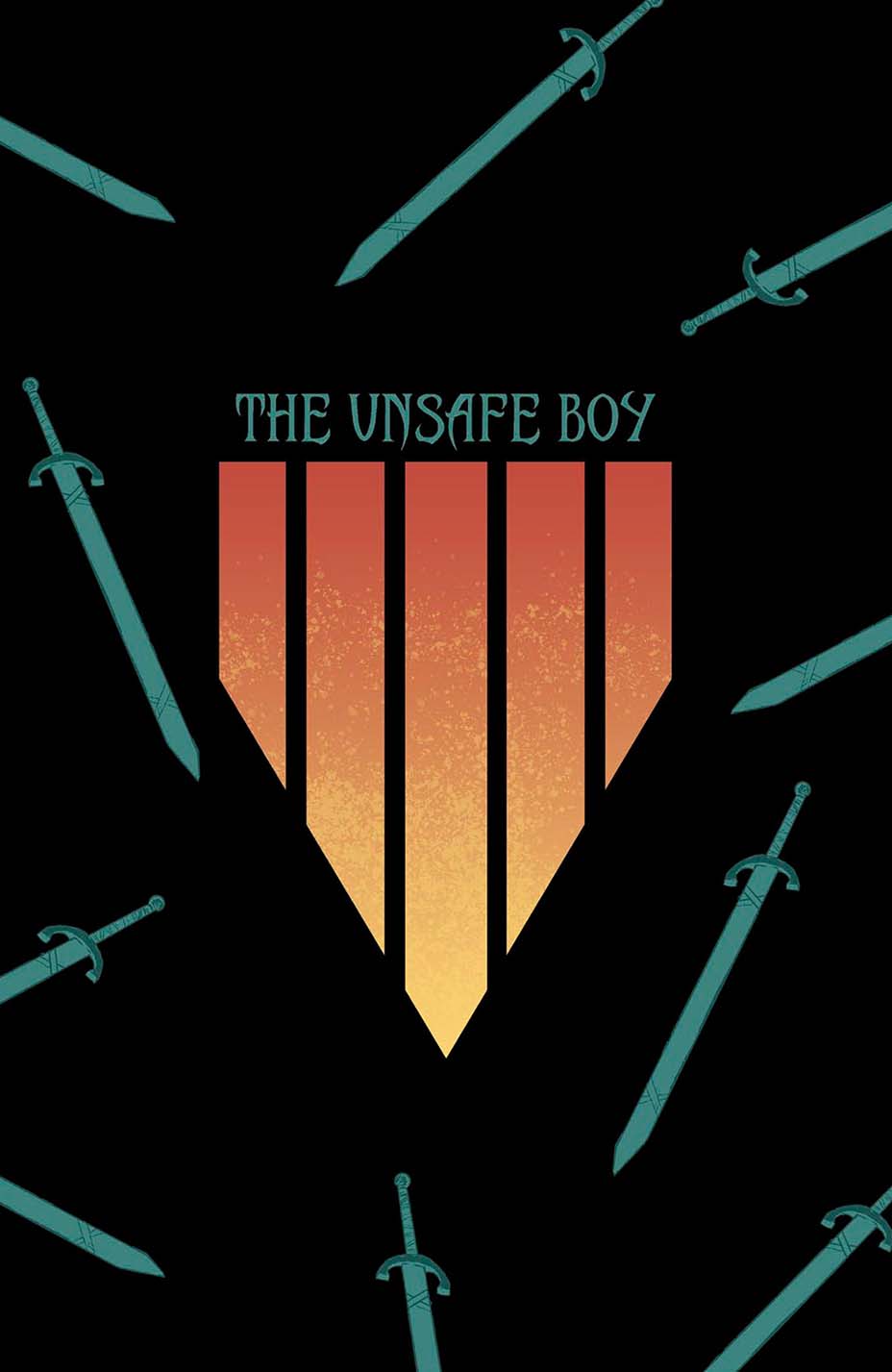 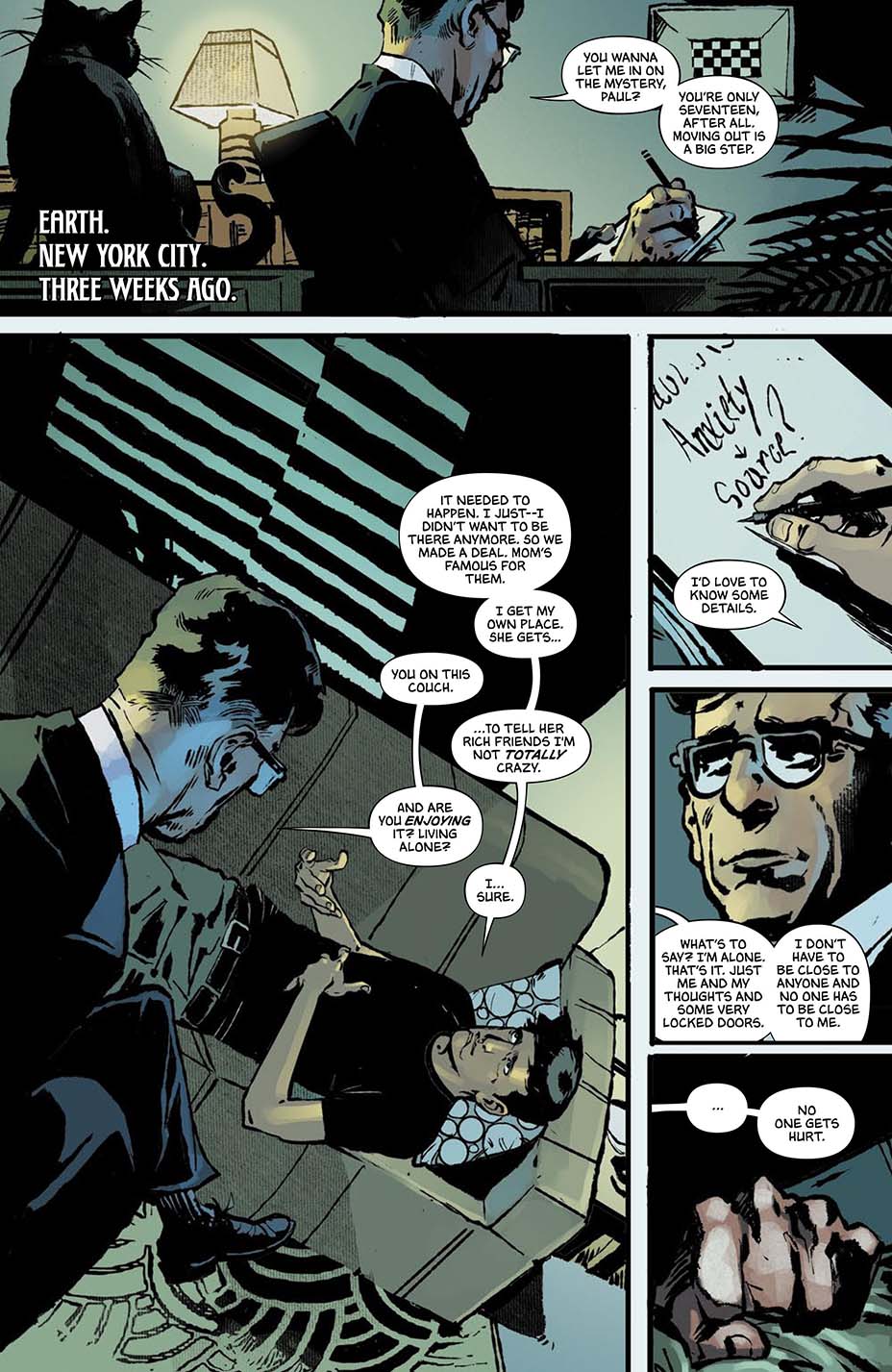 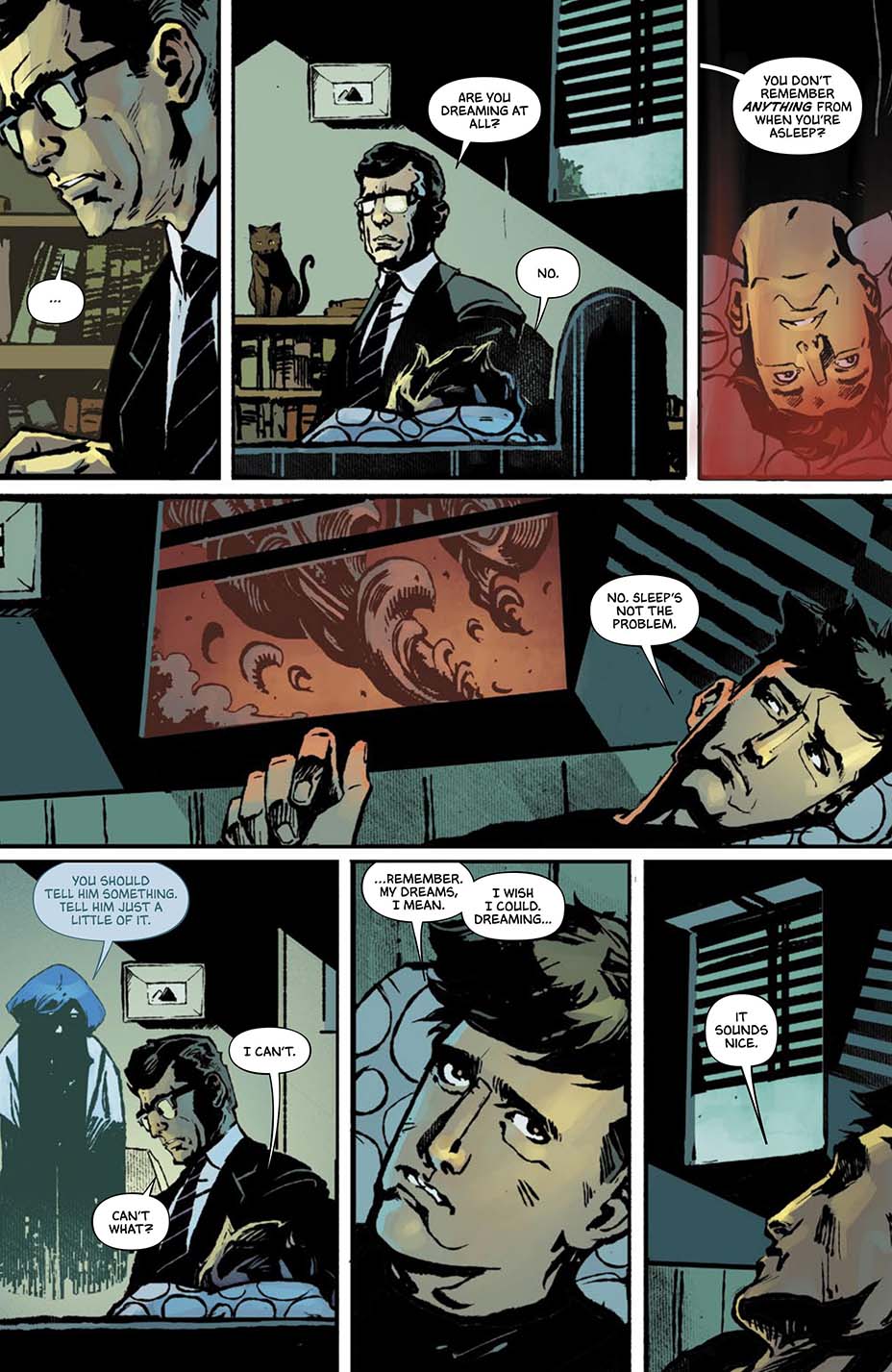 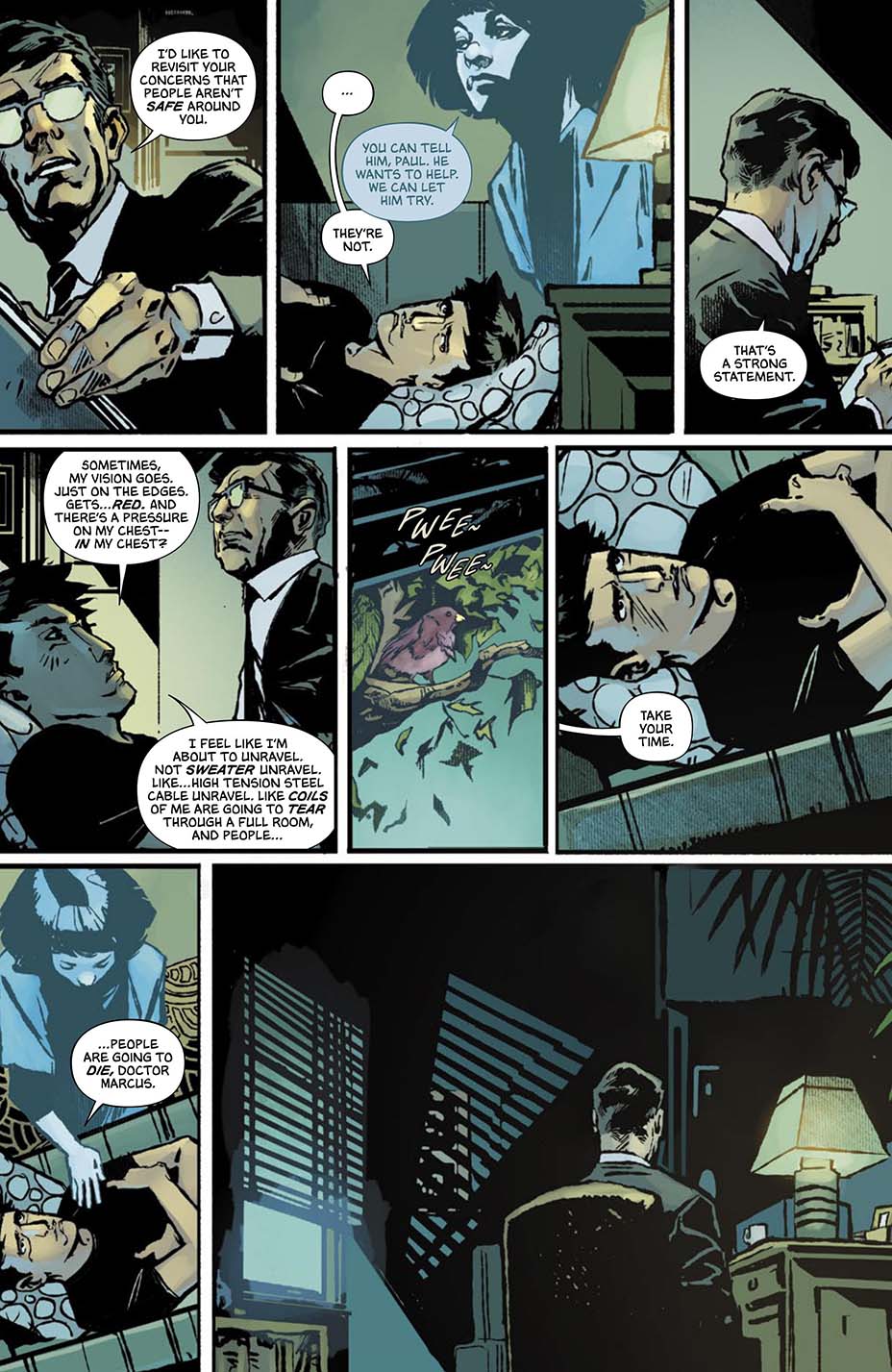 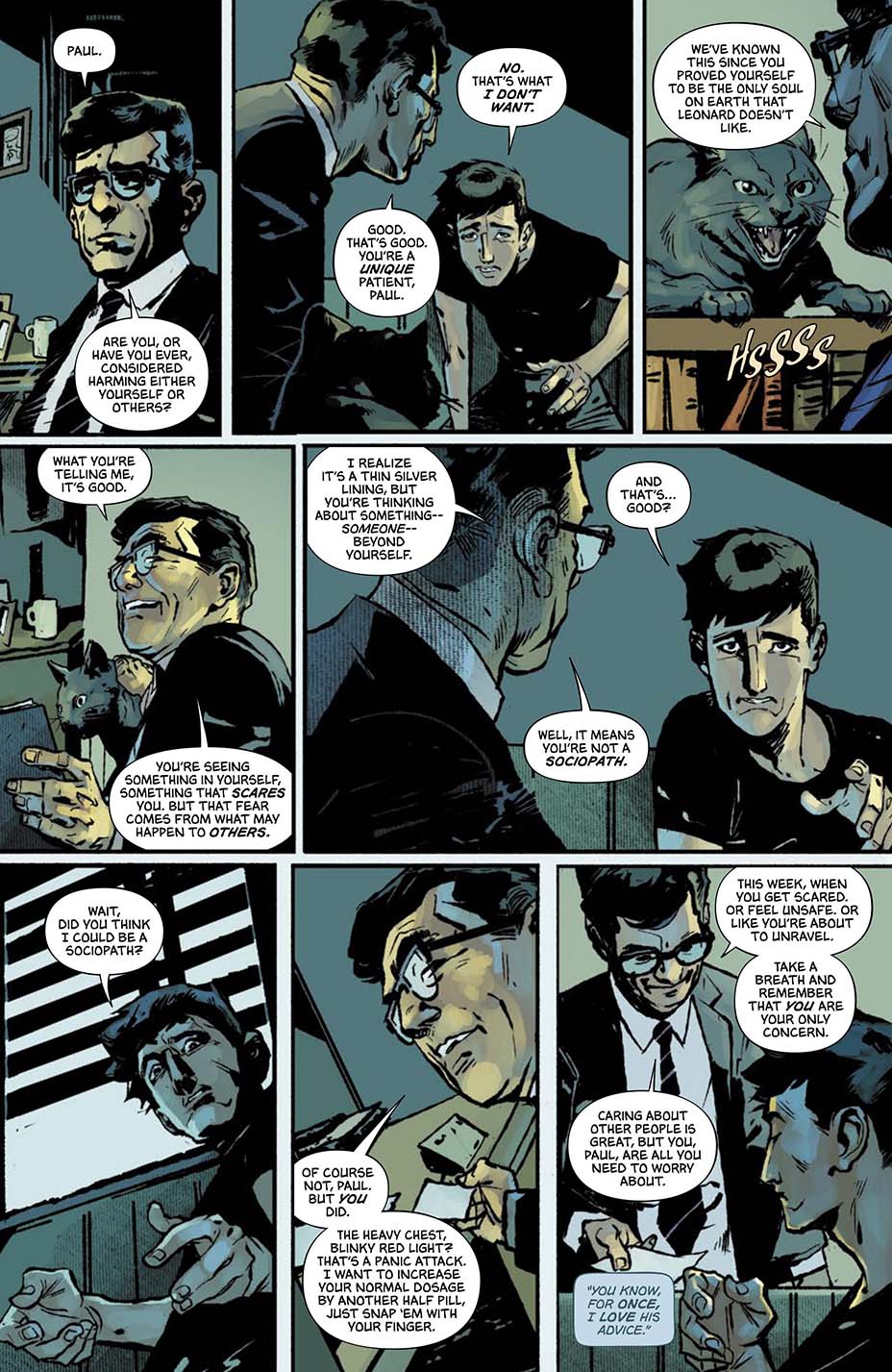 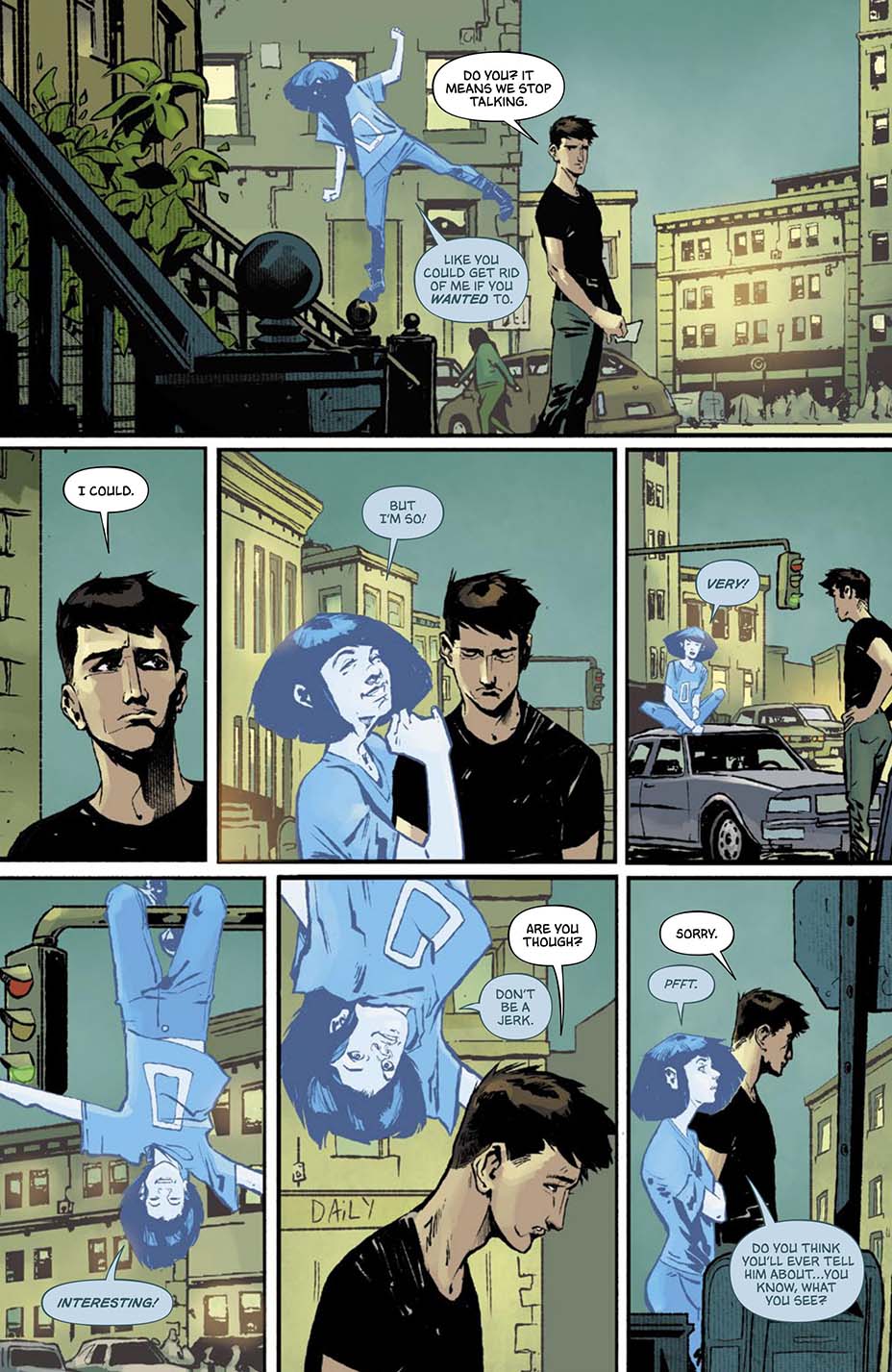 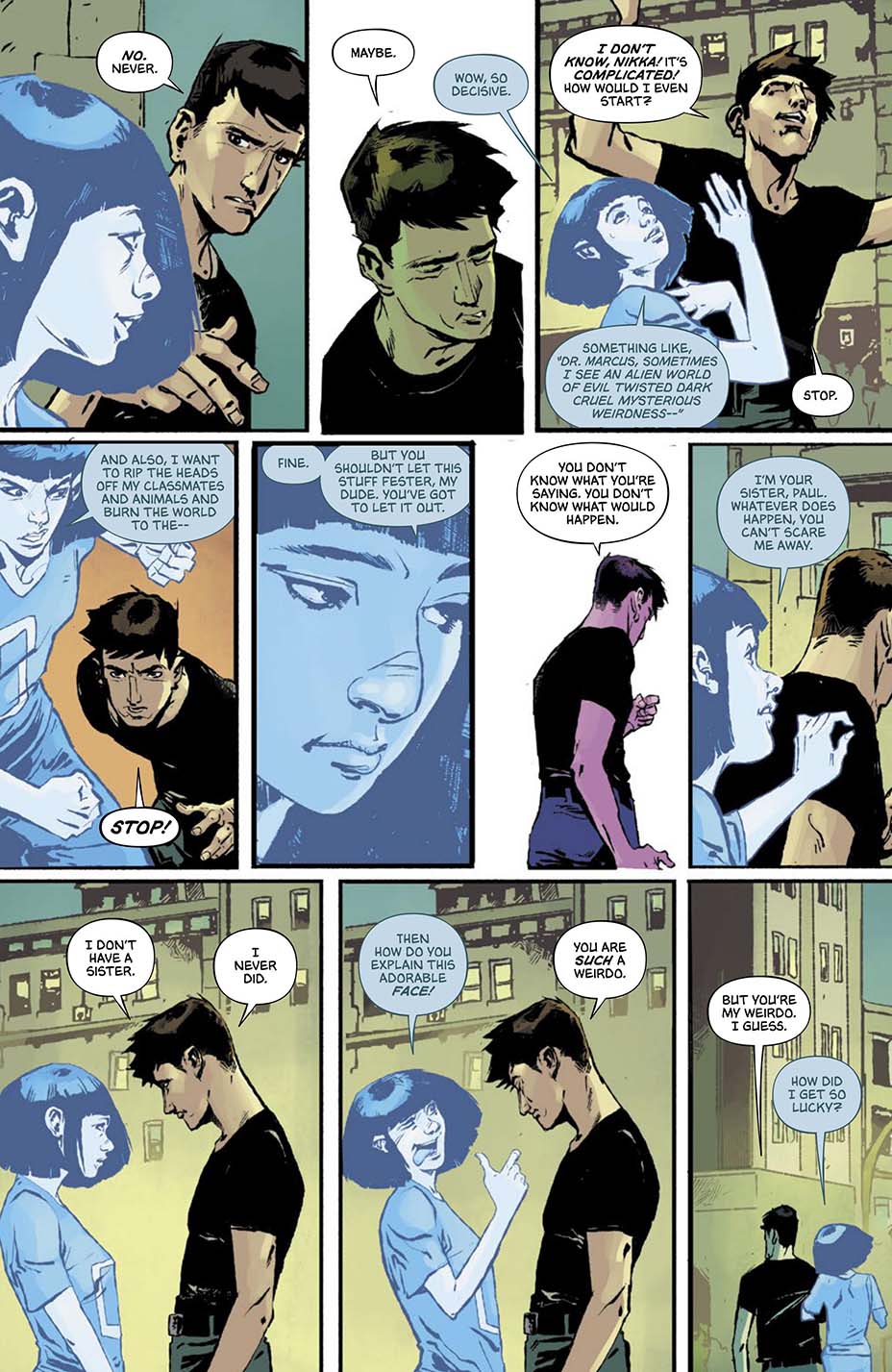 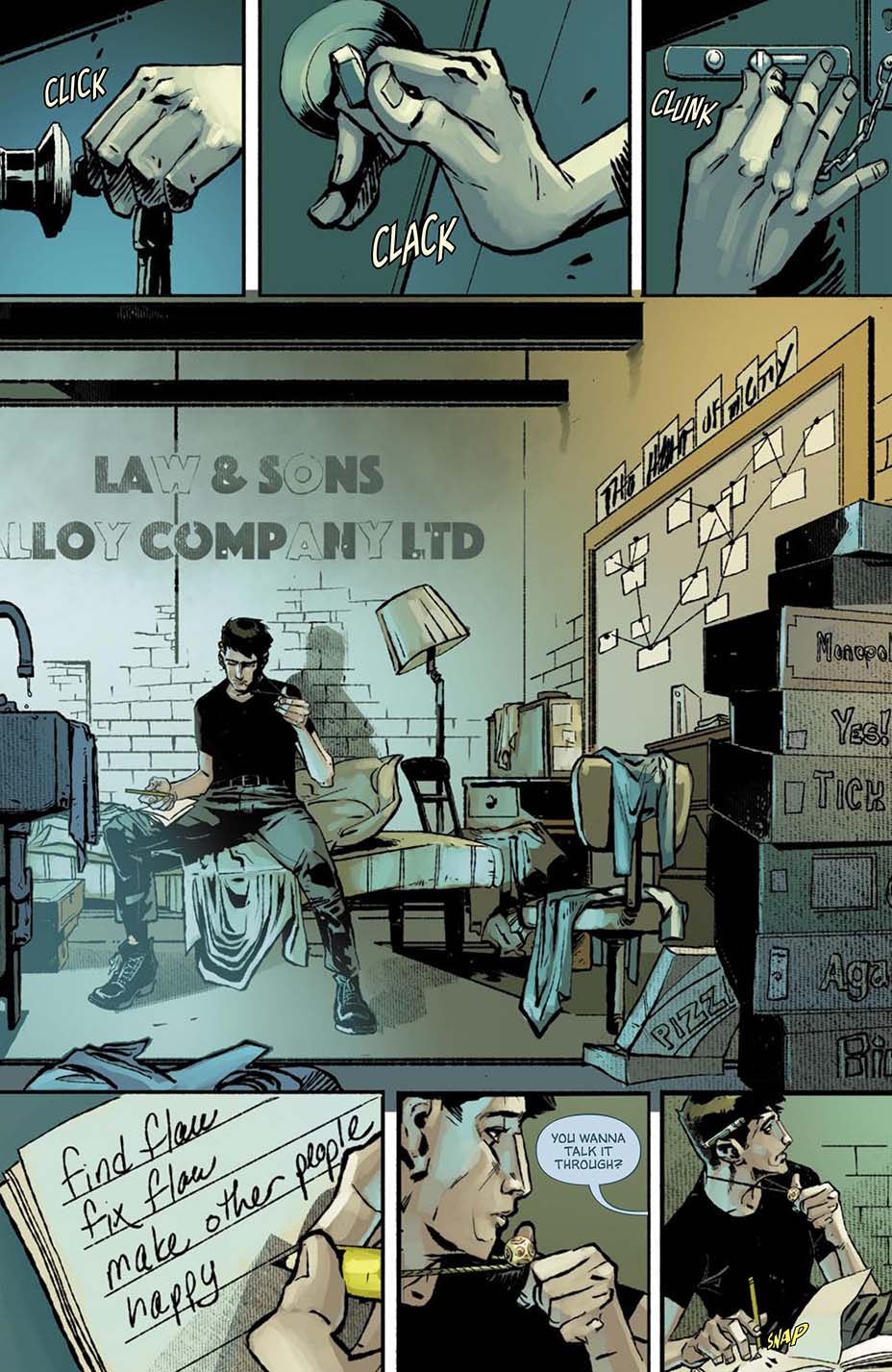 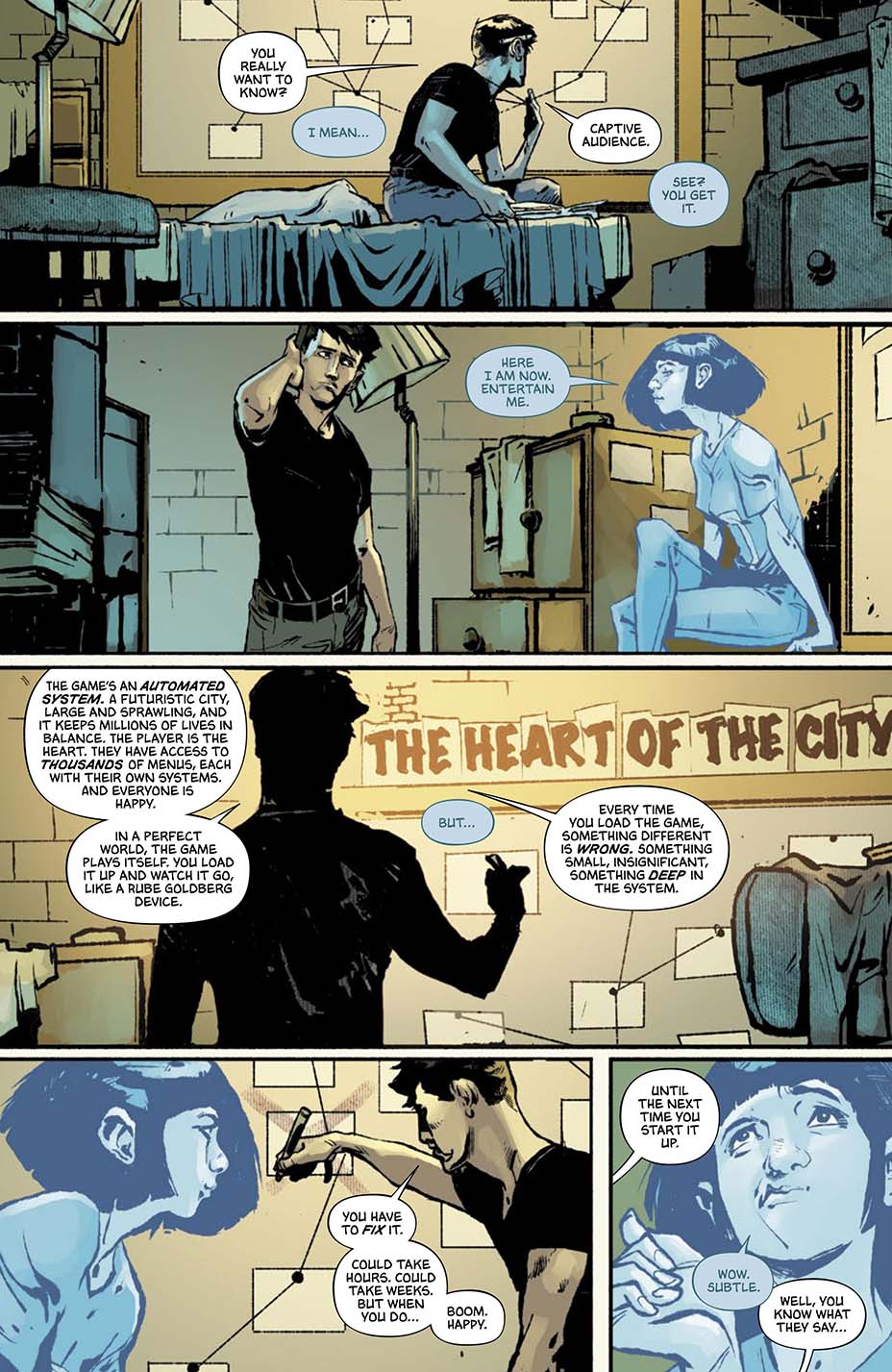 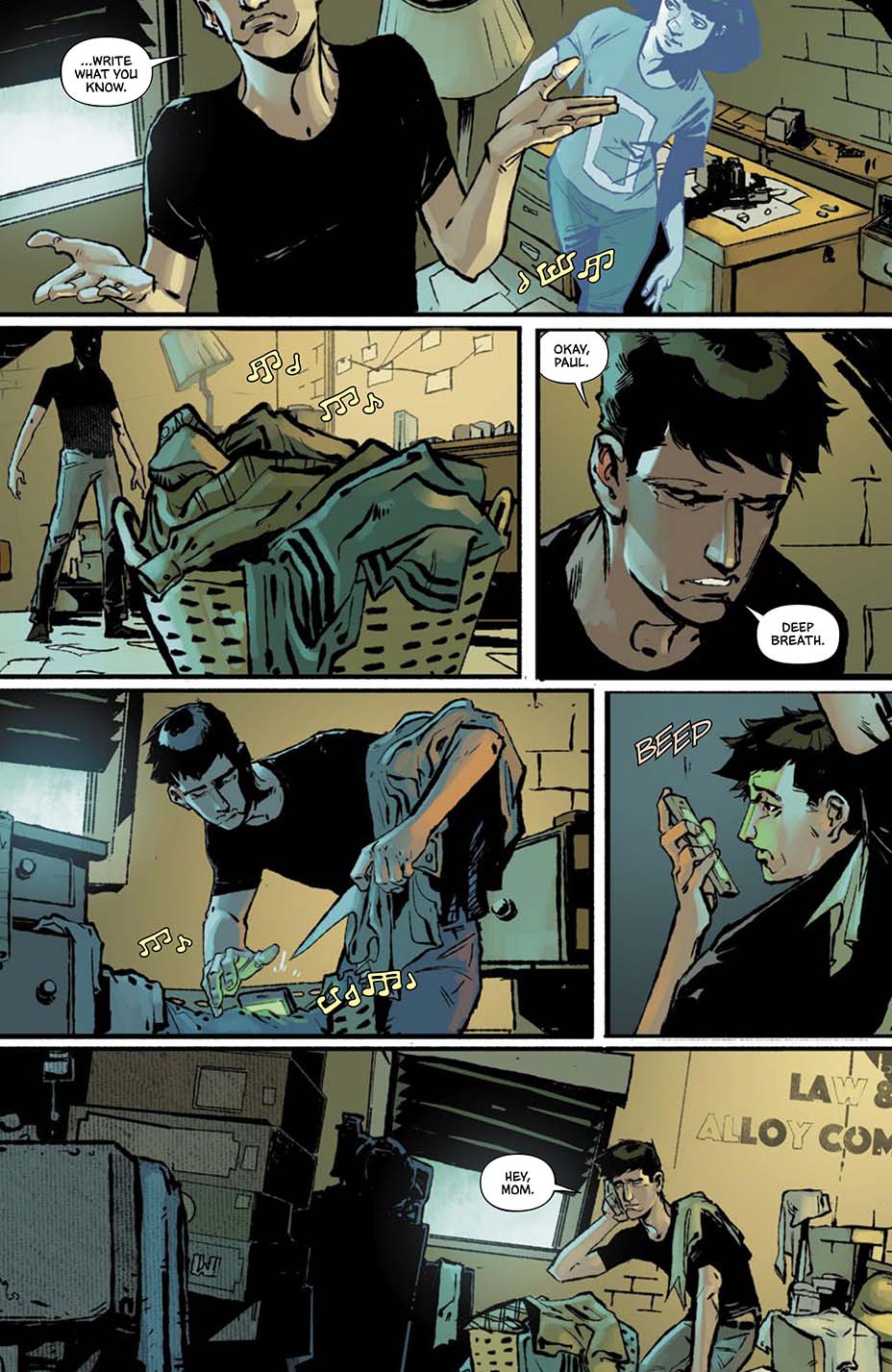 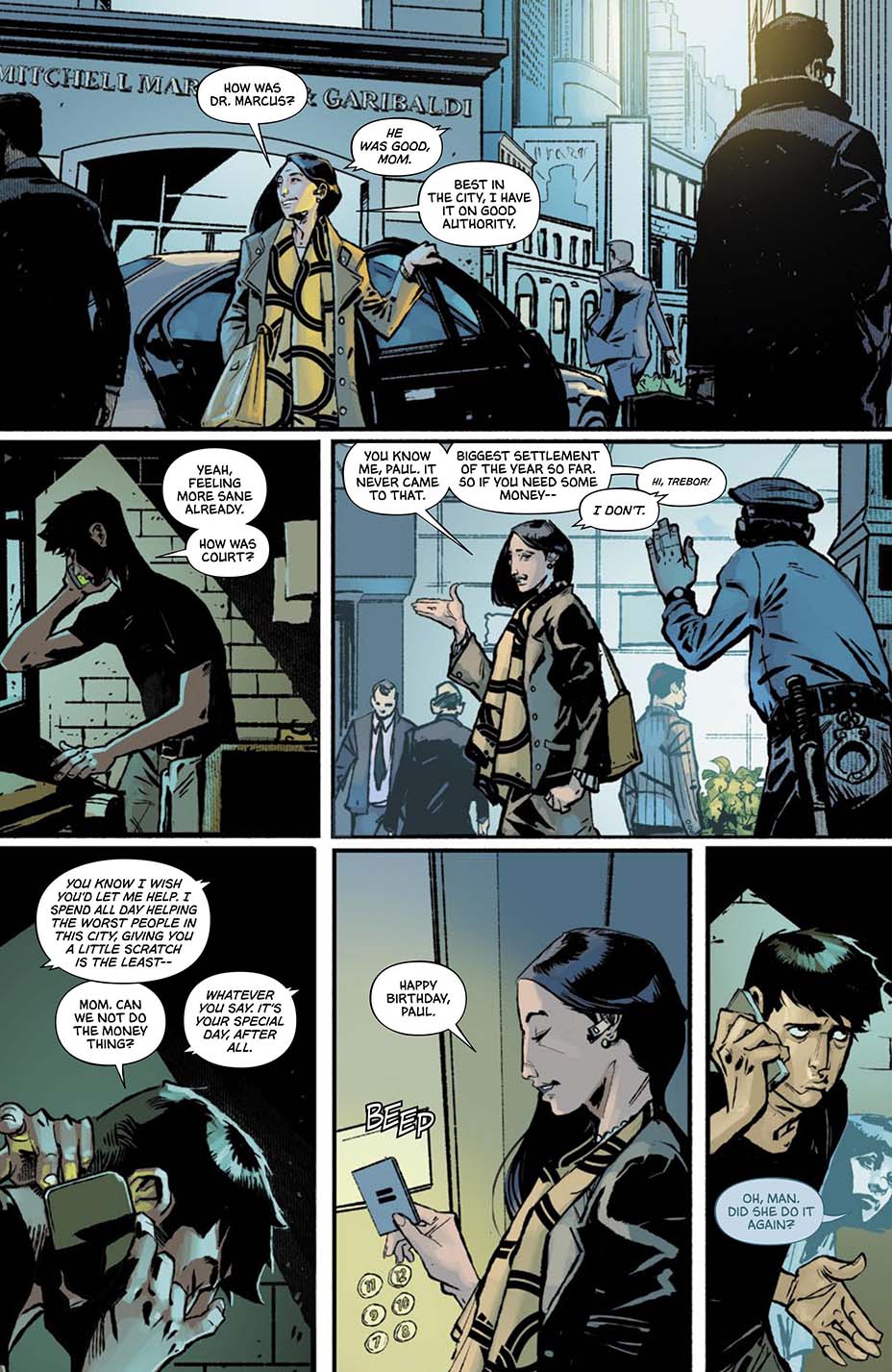 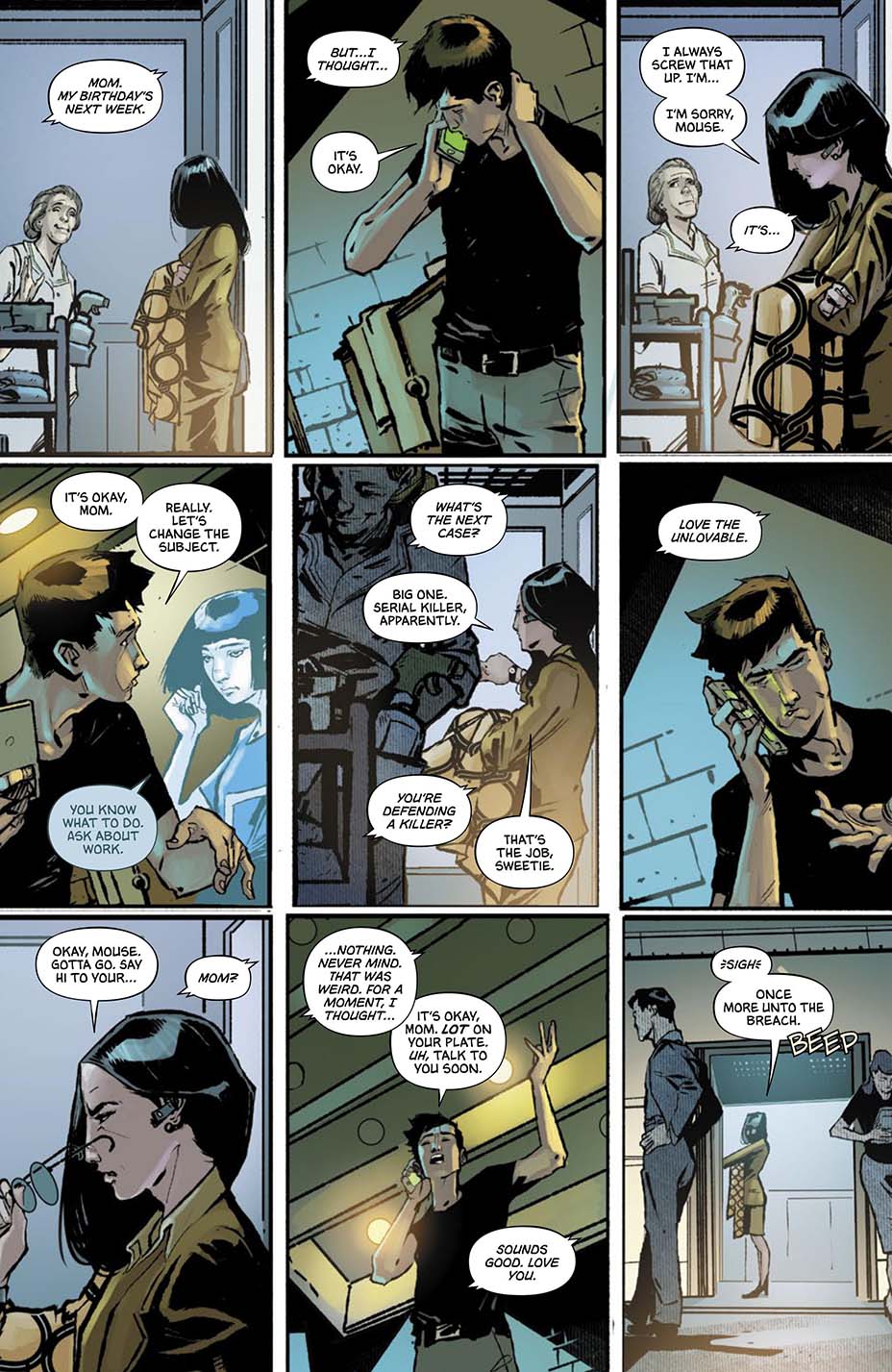 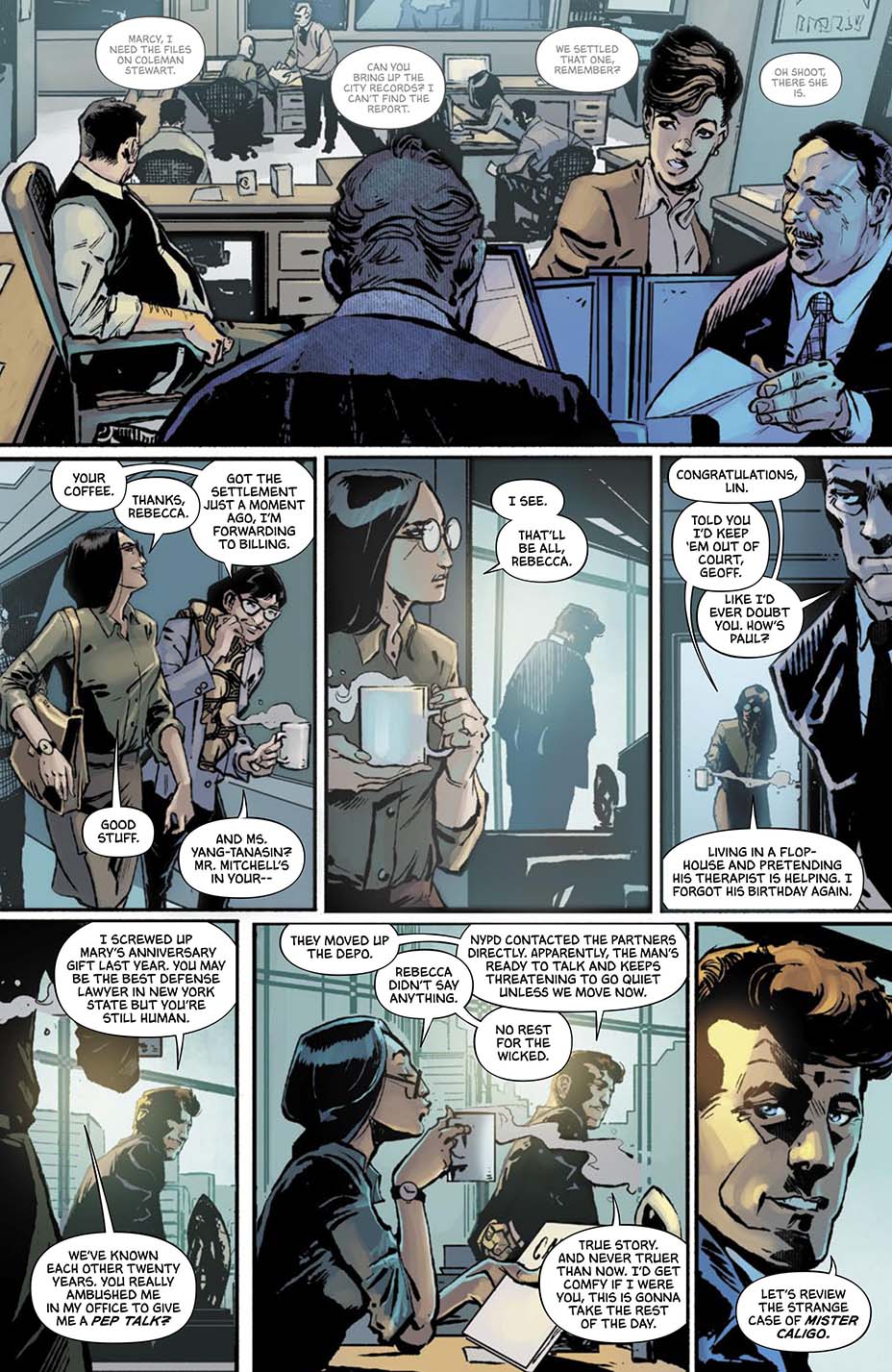 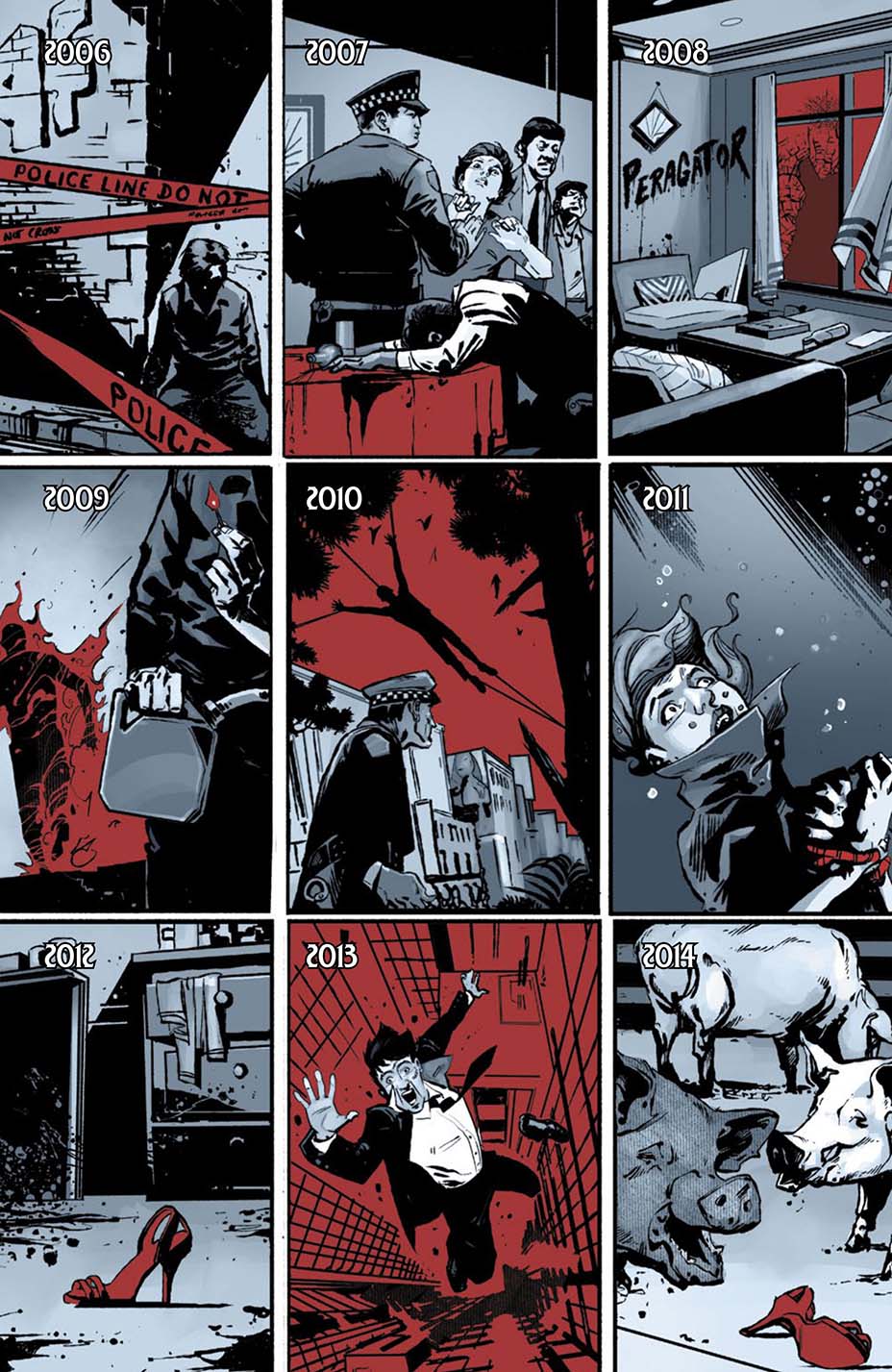 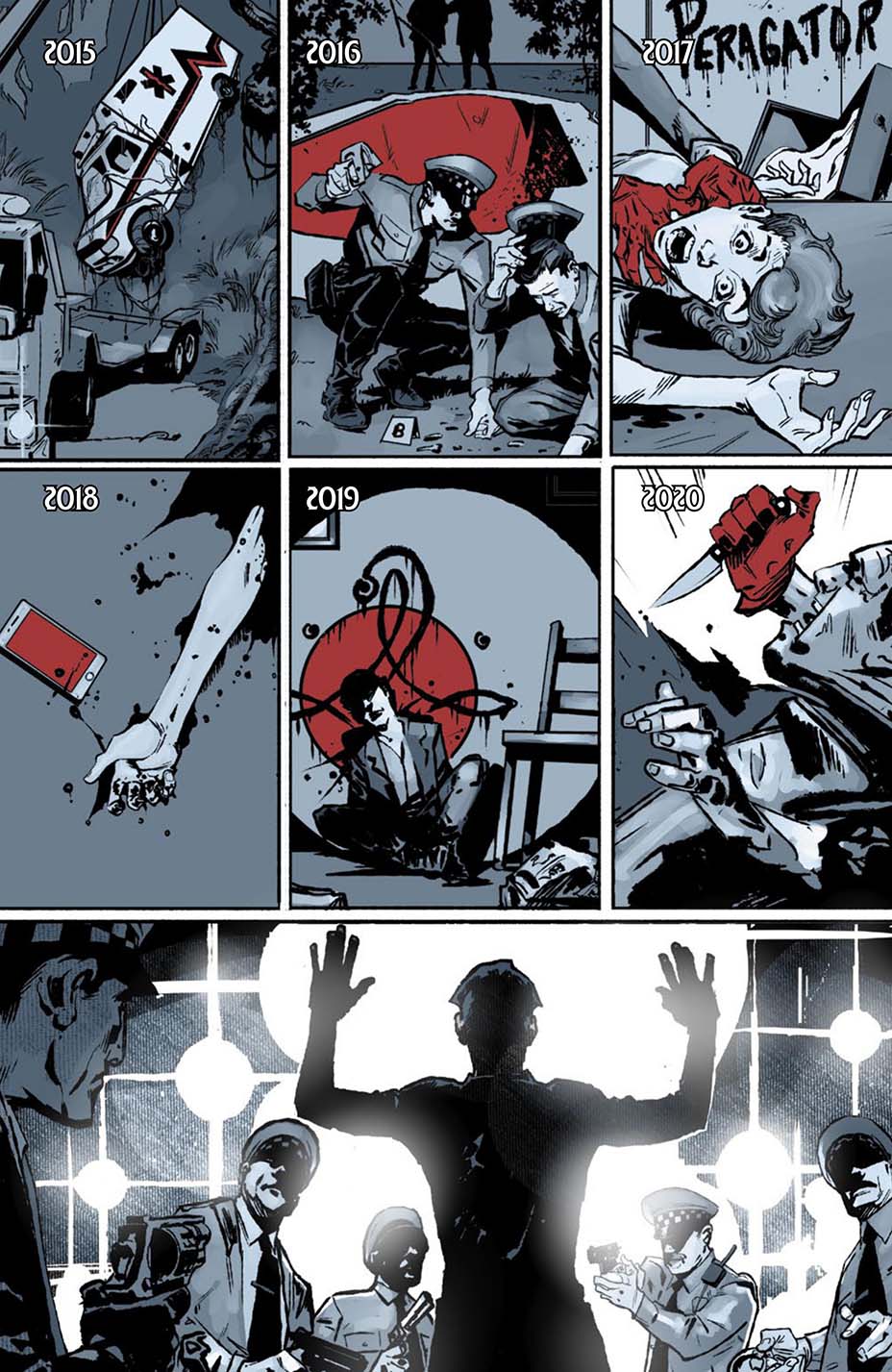 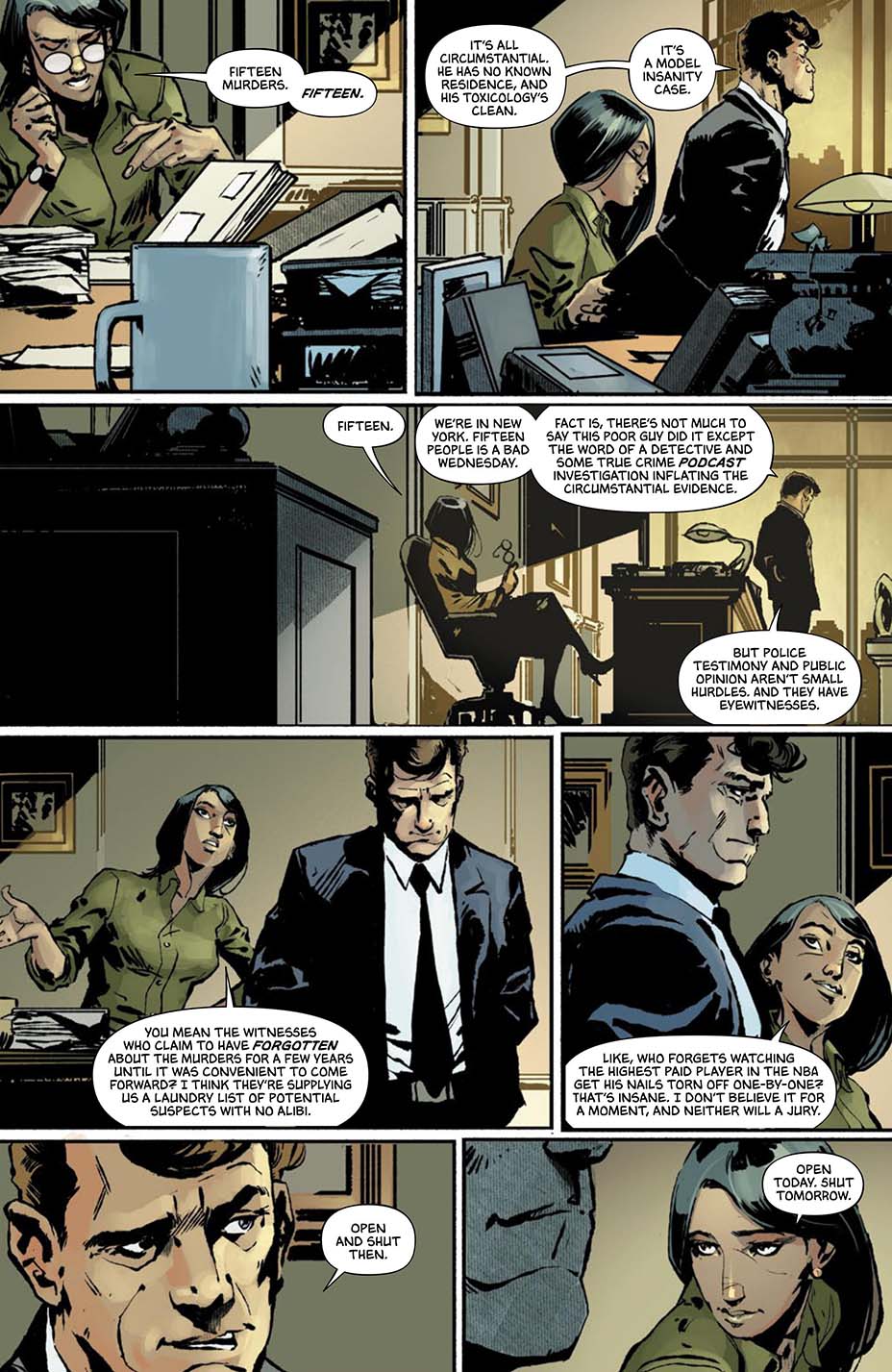 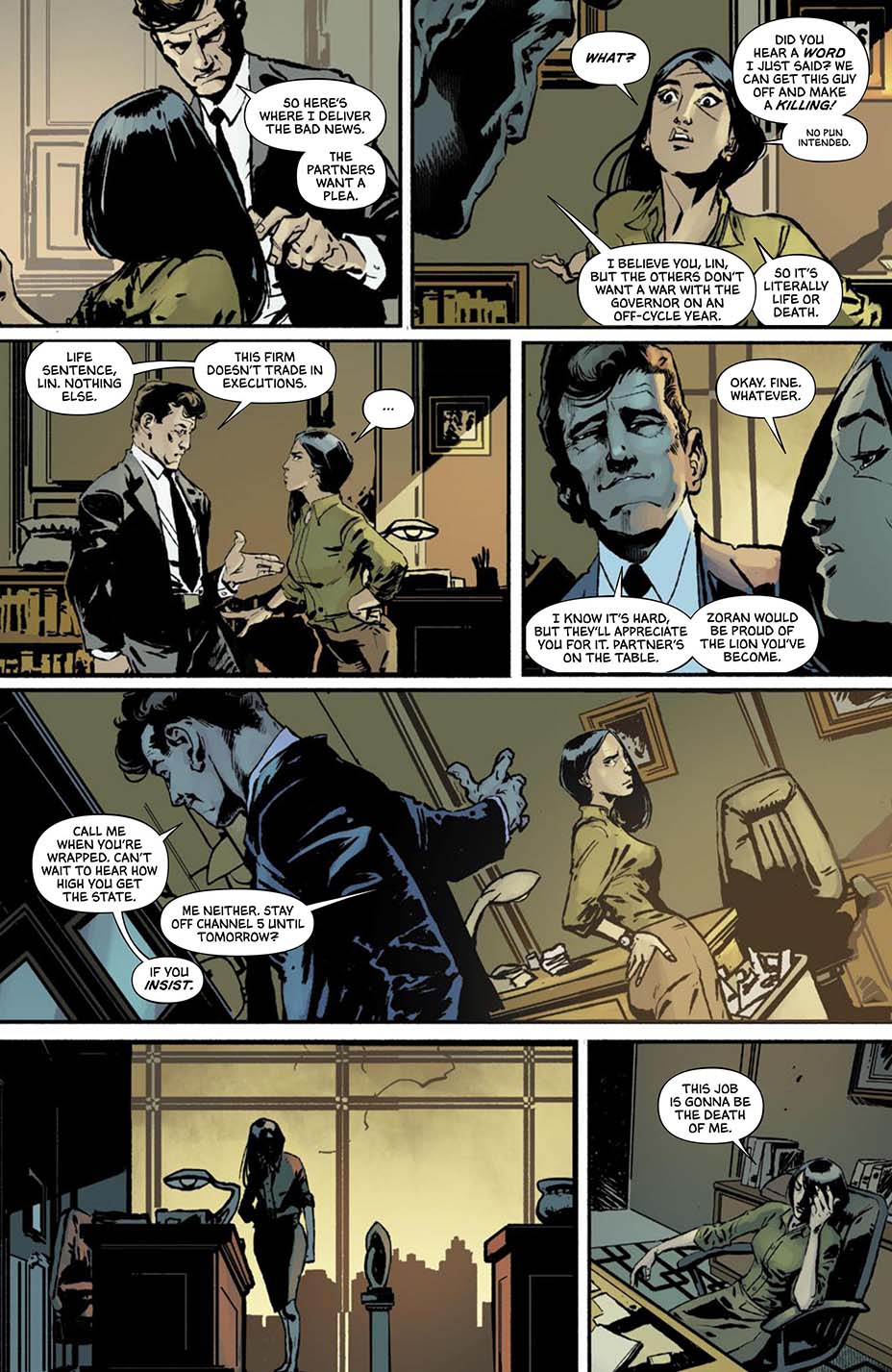 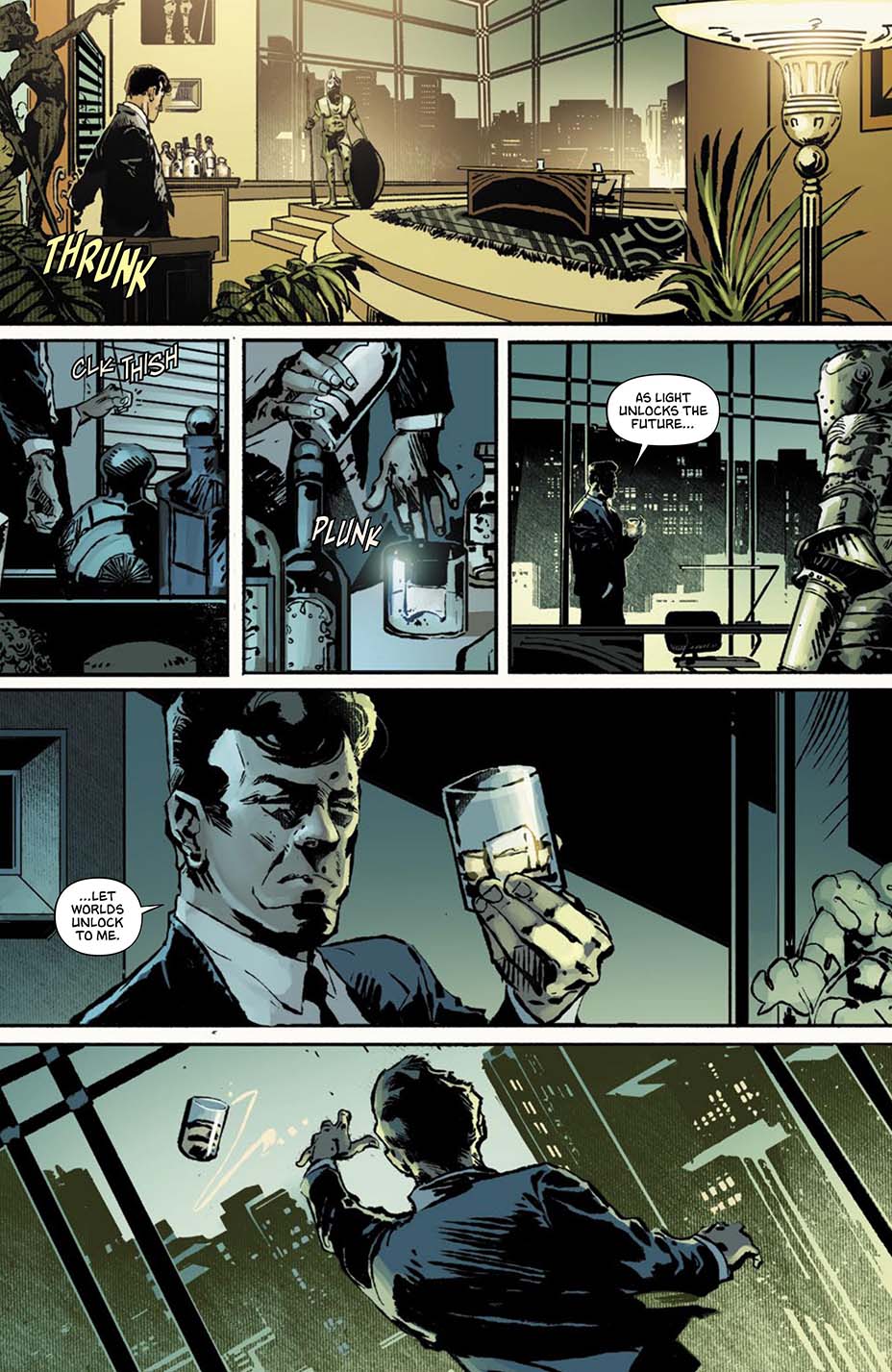 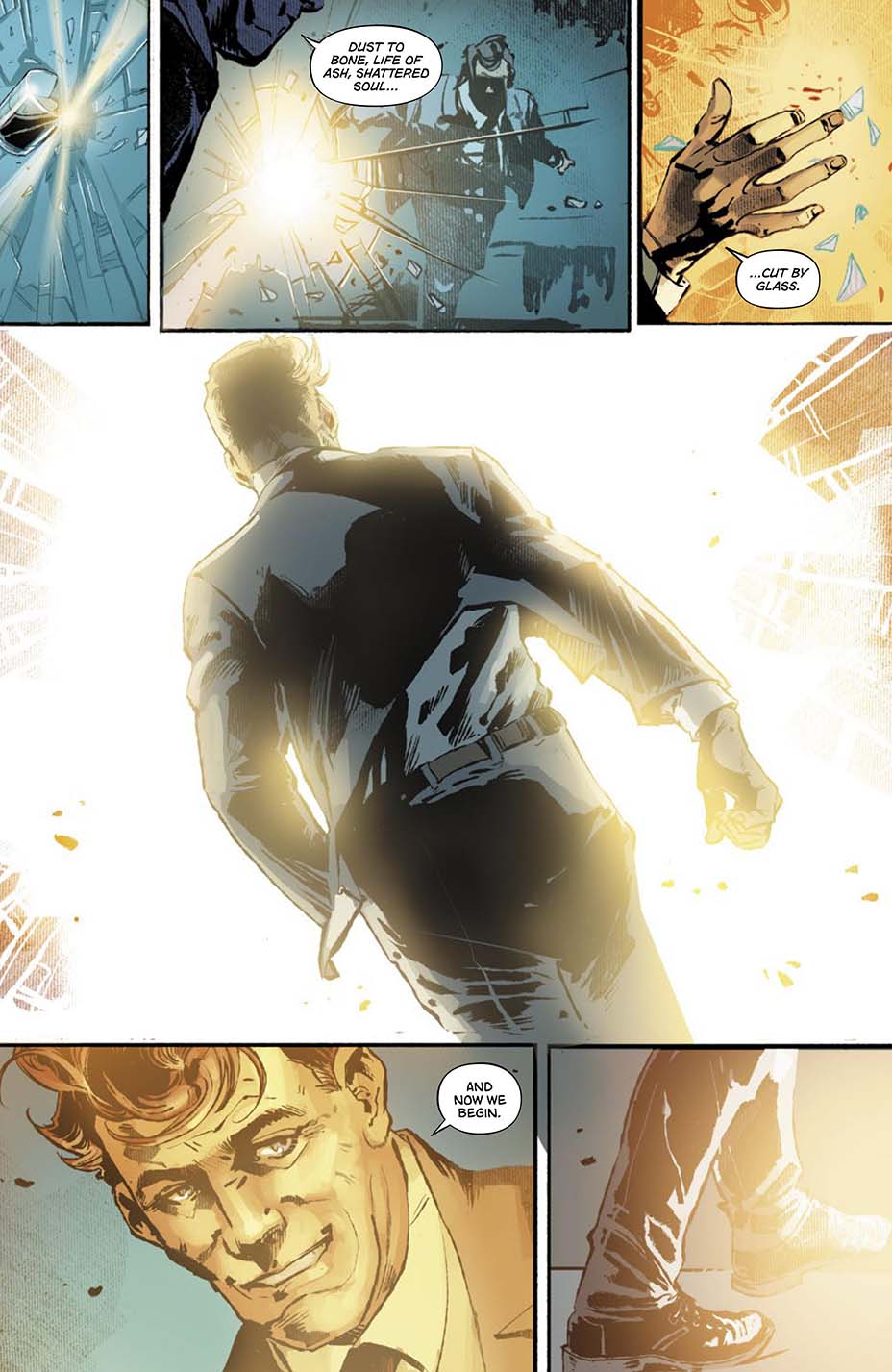 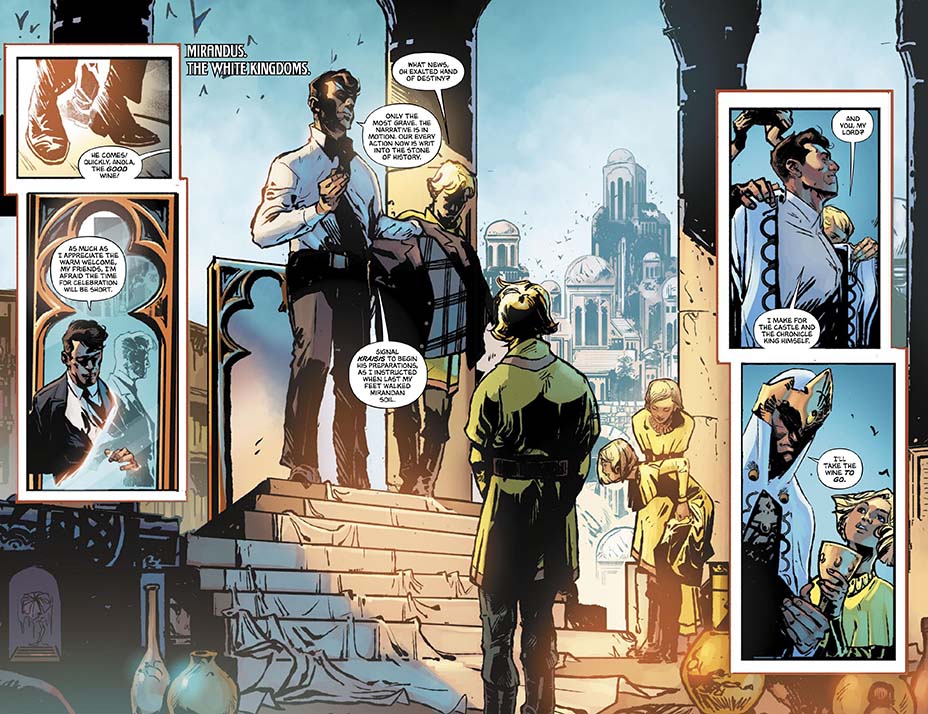 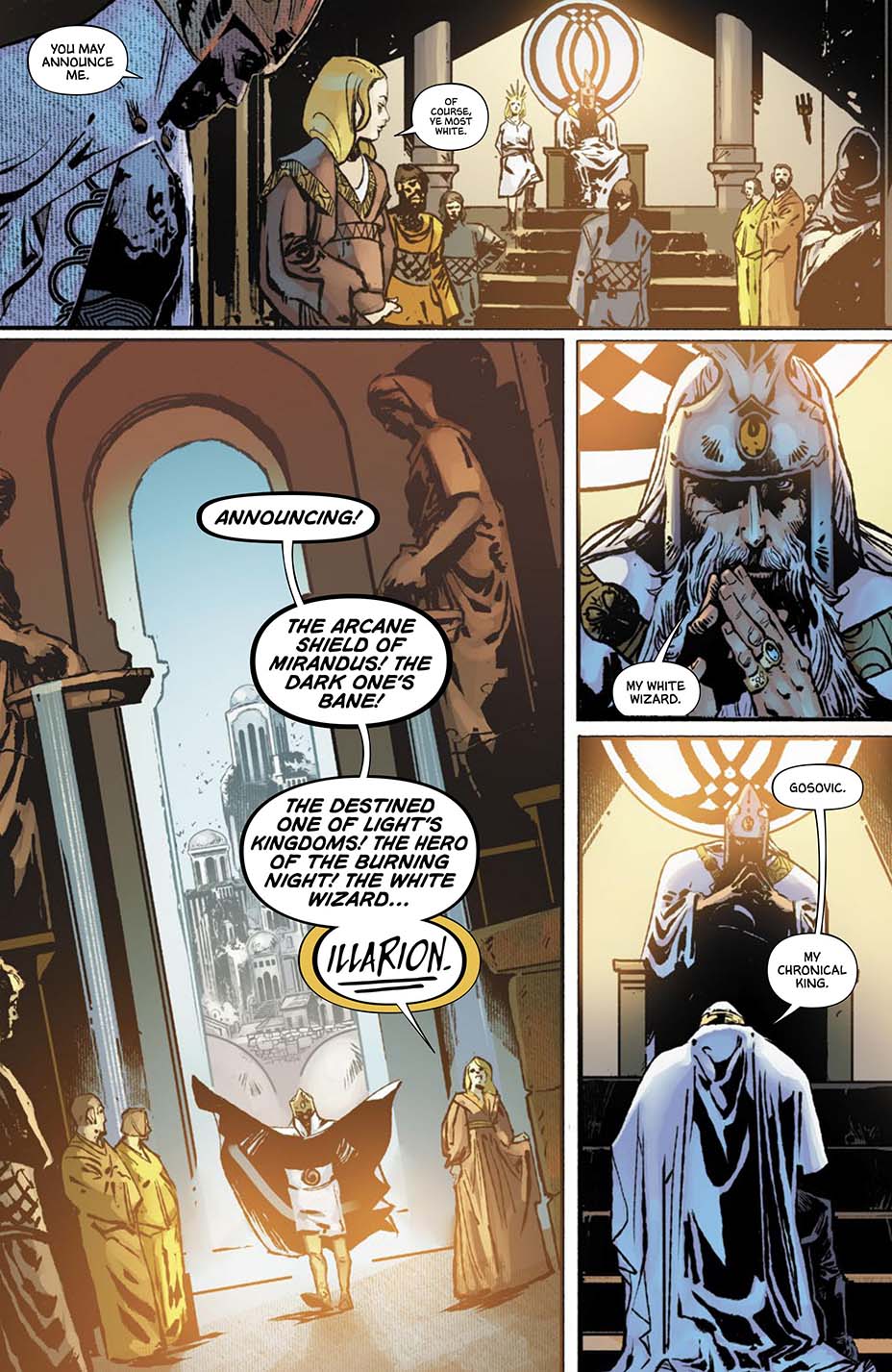