Despite his pink sportcoat, Chris Claremont was scarcely noticed as he walked with his son to the Dark Phoenix premiere afterparty Tuesday night. The movie’s sprawling cast had already rushed to the intimate cocktail shindig, and director Simon Kinberg, who had hung around after the screening to pose for pictures with numerous X-Men cosplayers, was also already there.

The fact that Claremont was there at all — present not only at this latest unveiling but also making his third cameo in the long-running and now-concluded franchise — speaks to his stature in the comics and comic book movie firmament.

Claremont was, in some ways, late to the X-Men party when he took over the comic decades ago. He didn’t develop it or the initial team members (Stan Lee and Jack Kirby did that), nor did he create the second wave when the book was relaunched in 1975 (credit goes to Len Wein and Dave Cockrum). But his emergence as the mutant superteam’s guide made him the one largely responsible for its prominent place in pop culture and comics history. He not only authored their adventures over an unprecedented 17-year run, but, with 2000’s X-Men film, saw his work used as the foundation upon which the Marvel superhero movie juggernaut was built.

It’s a feat that could not be duplicated in today’s more corporate and branded publishing and entertainment worlds, where editors have less patience with experimentation and more oversight to keep titles in silos.

“The circumstances and the parameters have changed dramatically,” Claremont says. “There are no heritage concepts at Marvel or DC that are untouched. … I had free rein to do what I wanted. That is nonexistent today. And every one of these characters has now been established for decades.”

Claremont breathed depth and life into characters that in the 1960s were generic also-rans. The X-Men comic was actually canceled in 1970, and for five years Marvel published reprints — it was a hairline above being flatlined, a comic in a coma.

But with a melodramatic flair, Claremont (who’d earlier wanted to be an actor) took Lee’s soap operatic stylings to new heights while digging deeper with the characters, making the X-Men a sensation with his Dark Phoenix storyline, which killed off a hero — an unprecedented move at a time in comics where killed heroes never stayed dead for long.

But it’s not just the comic companies that have changed, Claremont points out, it’s also writers and the modern media world.

“No creator in modern times is going to stick around with a concept for 20 years,” he says. “There are simply too many alternatives that writers want to pursue.” He points to the proliferation of channels, streaming services and podcasts, noting there is just too much temptation for creators and writers to do other work.

So why did he stick around for so long? “I was having too much fun. I love those characters.” 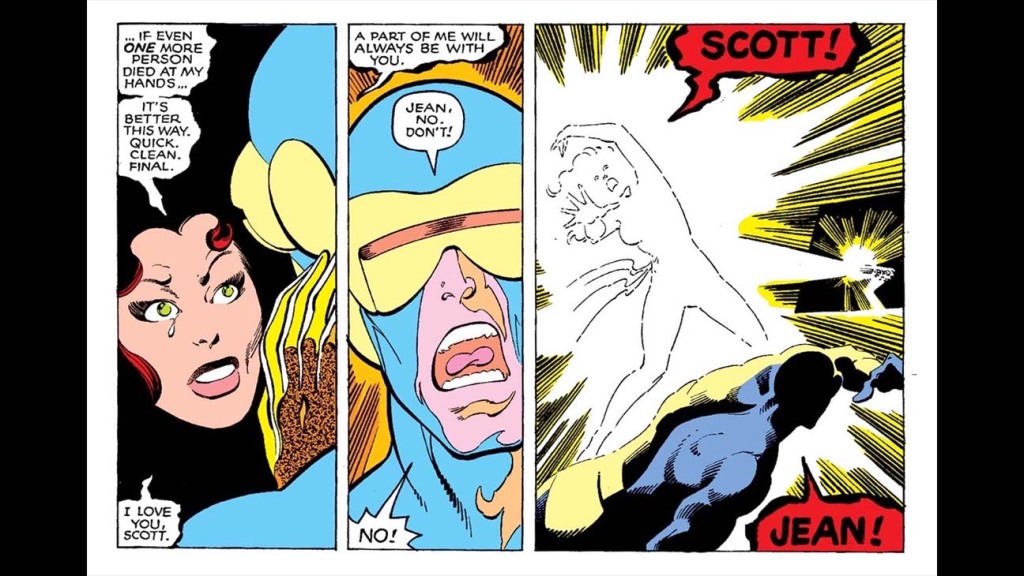 X-Men wasn’t Claremont’s initial brush with Hollywood. He first crossed paths with the entertainment world in 1978 when he pitched then Marvel editor-in-chief Jim Shooter a story for Marvel Team-Up that involved the cast of Saturday Night Live and producer Lorne Michaels. He recalls calling NBC in New York and getting hung up on (the receptionist didn’t believe the caller was from Marvel). The situation was eventually cleared up, and the comic came out.

Soon afterward he got a call from Shooter. “How quickly can you get down here?” the man asked him, “here” being the Marvel offices in Manhattan.

“John Belushi will be here in 30 minutes.”

Sure enough, shortly after Claremont’s arrival, in walked Belushi — “He was a comic geek!” Claremont remembers gushing on the inside — who invited several of Marvel staffers to the upcoming premiere of Animal House.

While the screening proved to be a bit of a bust — thanks to Belushi’s impulsiveness, there were no seats at the premiere for the crew — Claremont and company ended up at the afterparty. “We were wigging out. We gave out original art to everybody,” he recollects.

Cut to 10 years later for the second Hollywood encounter, when he and Stan Lee were pitching an X-Men movie and found themselves sitting opposite James Cameron, then basking in the success of Aliens.

“He was pitching us Kathryn Bigelow as director,” says Claremont. “I thought this was going to be a game-changer! Imagine Kathryn Bigelow directing a project that would have [featured] the epitome of a strong, dynamic, progressive female cast.”

That hope, however, was short-lived. Extremely. “Then Stan and Cameron started talking Spider-Man, and the X-Men idea went up in flames.”

Still, like his creation, Phoenix, the opportunity for an X-Men movie would rise again. In the late 1990s, Claremont was back at Marvel, after leaving the publisher over the direction of the comics in 1991. This time he was a vice president and the editorial director.

At that time, producer Lauren Shuler Donner had been developing a feature adaptation for several years, but, according to Claremont, the project had stalled.

“Fox couldn’t find a way to bring the concept to life that made cinematic sense. So I wrote up a memo, four pages long,” he says. The memo described what made the X-Men different from other superheroes and explained core concepts for the top Fox brass.

“Within three days, we had a green light,” he says. “Whatever I said had a resonance and Lauren and company moved on full-bore.”

(The memo, Claremont says, is housed at Columbia University’s Rare Book and Manuscript Library as part of his donated archives.)

Finally made, 2000’s X-Men took inspiration from the Claremont-written works and launched the superhero genre. That, to the writer, is the major legacy of the X-Men movies, even as the Fox franchise winds down (there is still one more film to be released, the much-delayed and troubled spinoff New Mutants) and a reboot by Disney-owned Marvel Studios seems inevitable.

“The success of X-Men paved the way, I have to presume, for Sony to make Sam Raimi’s Spider-Man. That in turn gave Marvel and [now Marvel president Kevin Feige] the chops to go out with Iron Man.”

'Dark Phoenix' Team on a Final Scene Years in the Making