Continue to The Hollywood Reporter SKIP AD
You will be redirected back to your article in seconds
Skip to main content
June 5, 2019 12:30pm
Logo text

Writer-director Simon Kinberg’s feature directorial debut is in the unenviable spot of not only wrapping up nearly 20 years of X-Men movies, but also making up for the creative misfire that was 2006’s X-Men: The Last Stand with its re-telling (reboot?) of the fan-favorite Jean Grey/Dark Phoenix saga — all while coming out on the heels of the Disney-Fox merger where this blockbuster risks getting lost in the post-Avengers: Endgame shuffle.

Those are a lot — and maybe too many — plates for any franchise finale to keep spinning, let alone a regular-sized movie. While the buzz and marketing may give the impression that this release is less than a big deal, it’s quite the opposite. For when this iteration of the X-Men wraps up, an era ends with it — one fans may never see the likes of again.

CG noodles. For lack of a better descriptor, that’s the threat the X-Men had to stop in their first movie, 2000’s X-Men. Since then, the budgets and scope increased to give these iconic Marvel characters a canvas worthy of their splash-page adventures while the focus tuned in on what invested audiences in those adventures for the last 19 years: The characters. Moreover, the thematic tentpoles through which their comic book movie action was thread. The first film opened with the still-bold and subversive choice of a young Erik Leshner (aka Ian McKellen’s Magneto) in WWII, surviving Nazi occupation — and the first outburst of his metal-bending powers — at the cost of witnessing his parents literally stolen from him. (2011’s prequel/reboot, X-Men: First Class, would further explore this aspect of Erik’s past and pit him on a fan-favorite mission to hunt the Nazis responsible for forging his Magneto ways.) X-Men also tackled the notion of racism put through a comic book movie lens; it was humans vs. mutants, with McKellen’s Magneto taking a more Malcolm X approach to the conflict while Patrick Stewart’s Professor Xavier adopted a more MLK Jr. strategy. No other comic book movie tackled the material like this before or since, and the first movie’s handling of this material — the “laugh with, never at” approach to its characters — still holds up 19 years later. 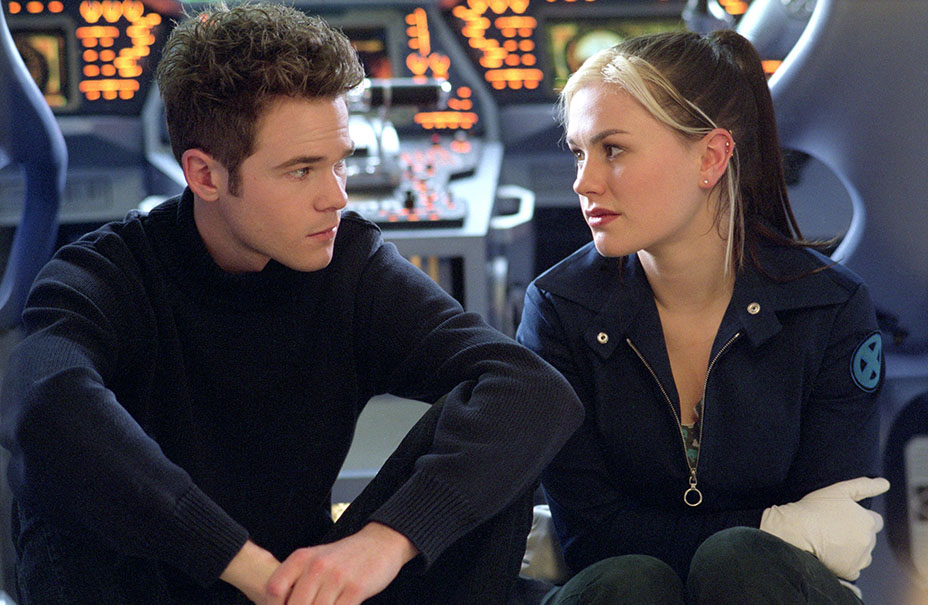 2003’s X2: X-Men United would further explore these notions and double-down on the core conflict that divides the X-Men: How does one constantly struggle to save a world that fears and hates you? This sequel — arguably the best of the X-Men films, with its Wrath of Khan-esque emotional stakes for the characters — explores another timeless and timely theme of sexual identity. The movie uses the character of Iceman — and his coming out to his parents as an X-Man (“Have you tried … not being a mutant?”) — as a perfect, overt metaphor for how one may find themselves dealing with the anxiety that comes with revealing their sexual orientation to loved ones. The fear that the family you were born into will accept you less than the family you made and fight alongside. 2017’s Logan tackled the U.S.’s current (and highly ignorant) immigration politics with its near-future set story that scored the R-rated swan song for Hugh Jackman’s Wolverine an Oscar nomination.

'Dark Phoenix': What the Critics Are Saying 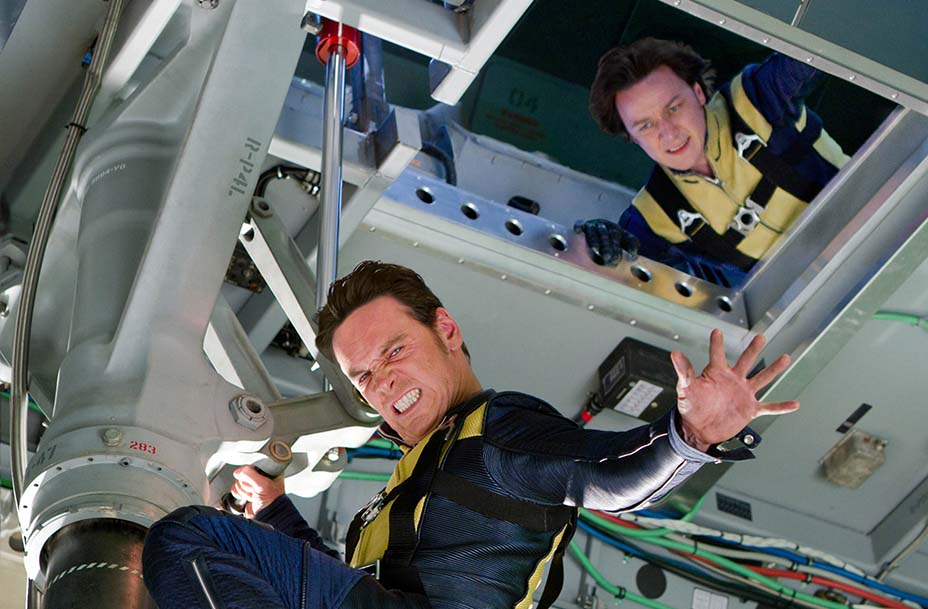 While the Marvel Cinematic Universe has evolved the genre in general to a place where studio execs are no longer worried that giving audiences cosmic heroes, Infinity Stones and sorcerer supremes will hurt the box office, no movie before, during or after the MCU has managed to significantly push the conversation to telling these kinds of inclusive stories like the X-Men films have. That’s not to say this franchise is perfect; there were some missteps with the material (namely X3 and 2016’s Apocalypse). And out of 12 movies so far (13, if you count next year’s New Mutants), the series has only produced five really good-to-great installments (X2, First Class, Days of Future Past, Deadpool, and Logan). Despite more than half of this series’ movies suffering from a meh batting average, fans could count on the X-Men adventures to give them something other comic book entries couldn’t — characters that felt relatable, that felt like us, even if they did have Adamantium claws or teleporting powers. 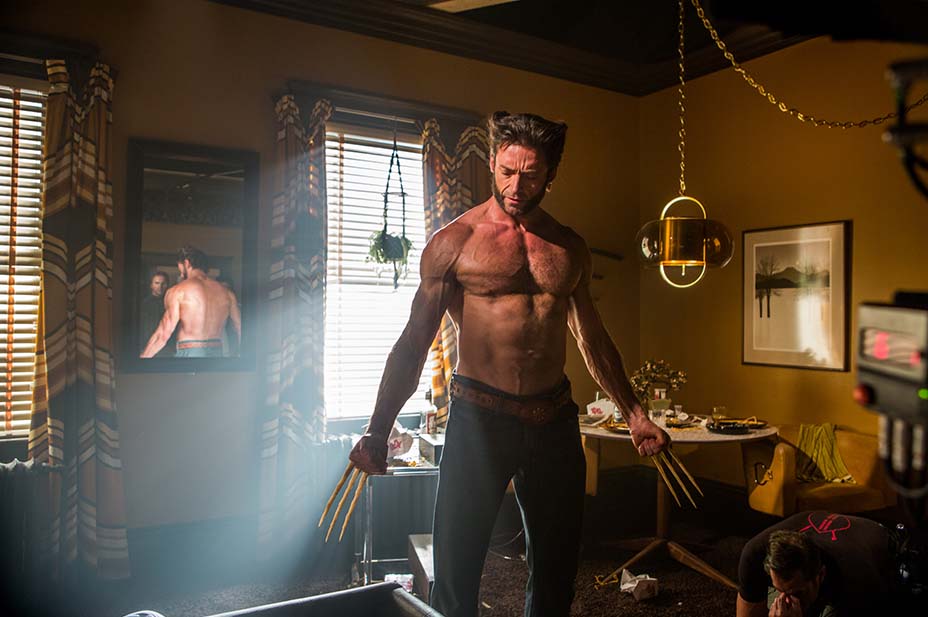 The post First Class X-Men movies (minus Dark Phoenix) introduced yet another means to ground the mutants’ missions on relatable terms: Tethering the stories to the decade they take place in. By setting First Class in the ‘60s, Days of Future Past in the ‘70s, and Apocalypse in the ‘80s, the franchise was able to tap real-life historical events and put the X-Men on the frontlines of them. First Class and Days of Future Past especially — and effectively — played revisionist history by Forrest Gump-ing our heroes and villains. It was Xavier and Magneto that helped stop the Cuban Missile Crisis from tipping into WWIII; Mystique and a time-traveling Wolverine found themselves caught up in the Nixon administration. No other comic book movie played with history or used it like these did, bending answers on history exams to the thematic richness only these characters’ stories can deliver.

Dark Phoenix marks the end of an era. It’s appropriate that the X-Men were arguably Patient Zero (after Blade) for the recent comic book movie boon we find ourselves in. There would be no Thanos or Avengers without Wolverine and Co. first taking on those CG noodles two decades ago. And as much as we are going to miss this cast, these iterations of the characters, we are very eager to see the next evolution of them under the MCU banner.

We know Marvel will make different movies, here’s hoping they are also better than the best discussed here. The characters — and the fans — deserve nothing less.

'Dark Phoenix': What the Critics Are Saying