This weekend, filmmakers from Focus Feature’s Darkest Hour were aboard the Queen Mary in Long Beach, California, for a panel discussion and press interviews about the film, as well as to help preview the historic ship’s new exhibit, Their Finest Hours, which opens to the public on Thursday.

The exhibit includes Winston Churchill artifacts as well as featured set pieces from Darkest Hour, including replicas of the War Room (where Churchill and allies plotted Adolf Hitler’s defeat), the Map Room and bedroom.

Appropriately, production designer Sarah Greenwood and set decorator Katie Spencer were among those on hand to talk about the film’s sets as well as actual locations that helped tell the story of how the newly appointed British prime minister (played by Gary Oldman, who was also in attendance) navigated the threat of invasion during 1940 and changed the course of World War II.

Joe Wright to Direct 'In the Garden of Beasts' Adaptation

Joe Wright to Direct Psychological Thriller 'The Woman in the Window' 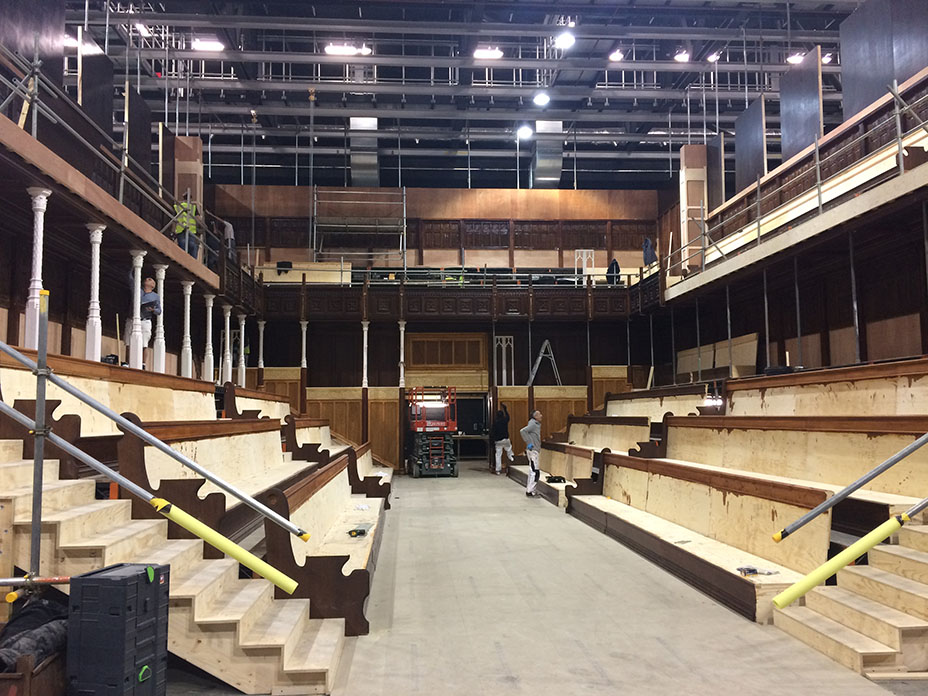 The production was able to shoot in the halls and lobby of the House of Commons in the Palace of Westminster, but there were two key reasons why the chamber itself had to be a set, which was built at Leavesden Studios (a sequence showing this set’s construction is shown here). “They offered it to us, but there’s a real law that you can’t sit down on the green benches. So you can bring in extras, but they can’t sit down,” Greenwood explained, adding that another reason was the real House of Commons was rebuilt around 1950. “In our period, it would have had the former look. We went in the archives of the House of Common, researched the earlier look and built it.”

Downing Street is also part location, part set. “We were allowed to shoot outside Downing Street, which is a very rare thing. That was fantastic,” said Greenwood, adding that Downing Street of course looks different than it did during the war, and since renovations were not permitted, any changes to the location were completed with visual effects. The interior, which wasn’t available for shooting, was instead a set built inside a derelict house in Yorkshire.

Spencer added that she collected antique furniture for this location, which was reupholstered to get the right color scheme and look. 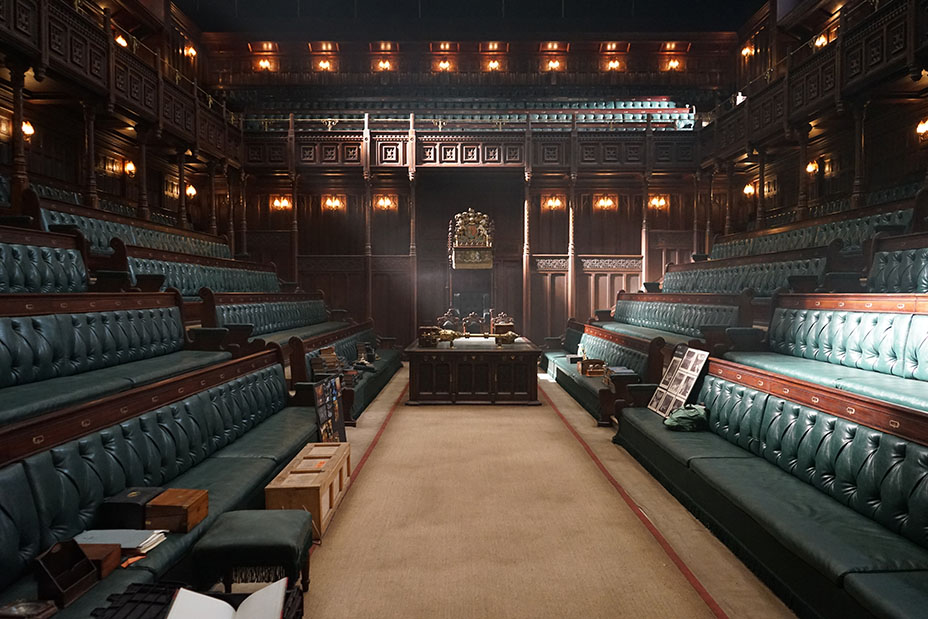 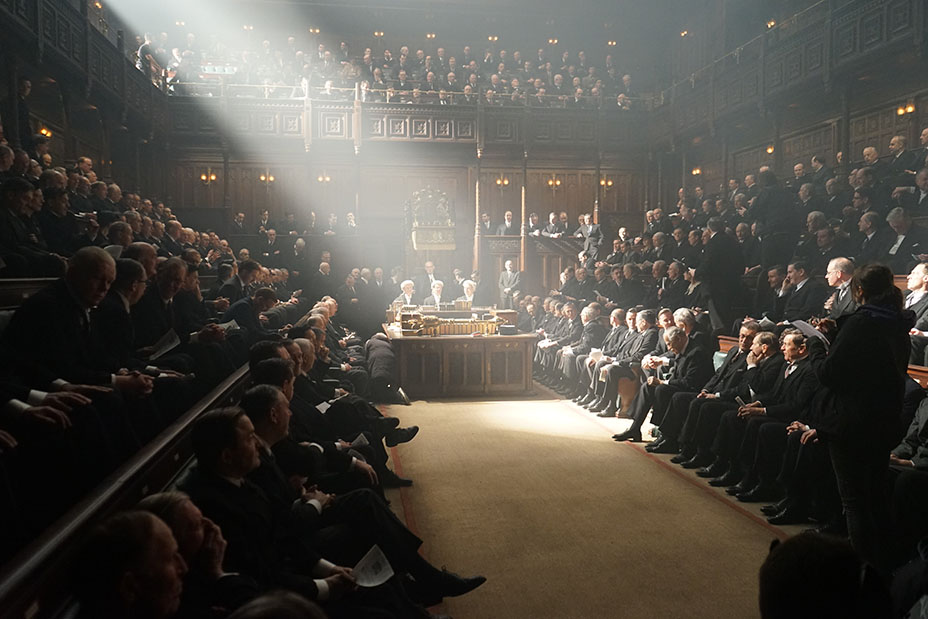