The 19-year-old Los Angeles native is best known for the 2013 coming-of-age Sundance movie The Inevitable Defeat of Mister & Pete, and his role as Ra-Ra Kipling in Netflix’s ‘70s-set musical drama The Get Down. This weekend, he can be seen in theaters with The Darkest Minds, based on Alexandra Bracken’s YA novel of the same name that’s set in a dystopian universe where teens develop mysterious, powerful abilities. They are declared threats by the government and set to detainment camps. A group of them escape, including Brooks’ character, Chubs.

The film is noteworthy for multiple reasons. In addition to having a diverse cast led by The Hunger Games alum Amandla Stenberg, at the helm is Kung Fu Panda 2 filmmaker Jennifer Yuh Nelson, who makes her live-action directorial debut with the Fox project at a time when women continue to be underrepresented behind the camera. Brooks credits his director with creating a relaxed feeling on set, especially compared to the intense schedule of a TV show.

“It just speaks on so many different levels,” Brooks says of how The Darkest Minds plays in today’s political climate. “Kids not being able to be with their parents, socio-economic statuses, [the plight of] minorities.” He adds: “What this film shows is that there is hope, but it’s coming from the youth, and our generation has to stick together and work to figure it out.”

Brooks says that the film’s diverse cast is also important to see in a moment in which Hollywood is facing a reckoning about underrepresentation. For the actor, it isn’t new for him to be pigeonholed into portraying a particular type of role, but he didn’t “realize how bad it was” until he saw Jordan Peele’s Oscar-winning hit Get Out.

“It was so refreshing because so many people hadn’t seen anything like it in the genre with a black lead. And that was just last year,” he says. “We’re always having to figure out how not to be put in a box, and until that goes away, we still have a long way to go — but at least we get to show people that there is plethora of things we can do. Personally for me, I’m learning a lot, too.” 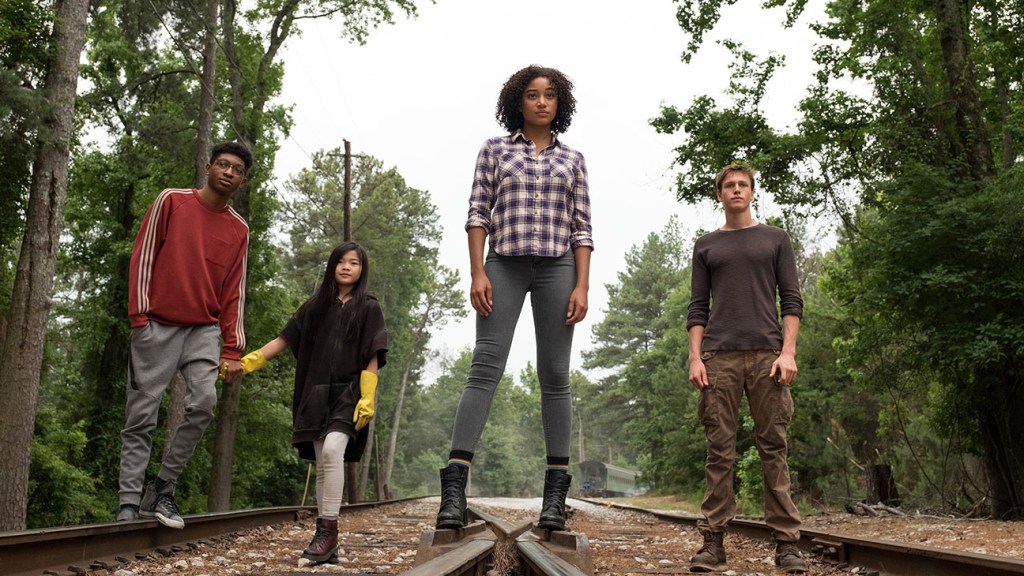 Brooks says that having more representation will lead to diversity becoming the norm. He notes that he still is affected by doubts of what he can and cannot play because of his skin color.

“Even for me, if I got a role, it was hard for me to say, ‘Can I see myself in this role?’ For instance, ‘Can there be a black Shazam? I can’t [see myself as] Shazam.’ I see him as buffer guy and not my color,” he says. “There will always be people who have a particular image in their head, but that’s because they’ve been taught that or that’s been thrown on them. Having that [representation] wouldn’t necessarily end stereotypes, but it would become more of a norm.”

Brooks has watched as two of his The Get Down co-stars tackled comic book movie roles, with Shameik Moore voicing Miles Morales in Spider-Man: Into The Spider-Verse and Yahya Abdul-Mateen II playing the villain Black Manta in Aquaman. Brooks would be up for that kind of work as well.

“I would love to be Static Shock. It would be an honor to play characters that I grew up watching on Saturday morning,” he says.

While Netflix canceled The Get Down last year after one season, he’s still hopeful it could return someday.

“I wish it would come back,” he says wistfully. “But it’s all good, Netflix will work it out somehow.”

'The Darkest Minds' YA Adaptation Bets on Dystopian Love Story