The box-office fate of movies based on young adult fiction has been somewhat uncertain of late.

The $282 million domestic take of The Hunger Games: Mockingjay Part 2 was the lowest of the series stateside, while The Divergent Series: Allegiant’s $66 million in the U.S. had Lionsgate exploring moving the franchise from movies to TV. And The 5th Wave in 2016 only brought in $34 million in the U.S.

20th Century Fox is hoping The Darkest Minds, based on the first book in a series by author Alexandra Bracken, fares better. The story takes place in a world where almost all those under 20 years old were killed by a pandemic, while those who survived developed powers and abilities. Ruby (Amandla Stenberg) is one of those and has escaped the government camps she and other powered individuals are kept.

To counter possible market malaise, Fox has mounted a campaign has played up the emotional aspect to the story. The film, opening Friday, is tracking to open in the low teen millions in its stateside debut and is currently sitting at 14 percent on review aggregator Rotten Tomatoes. 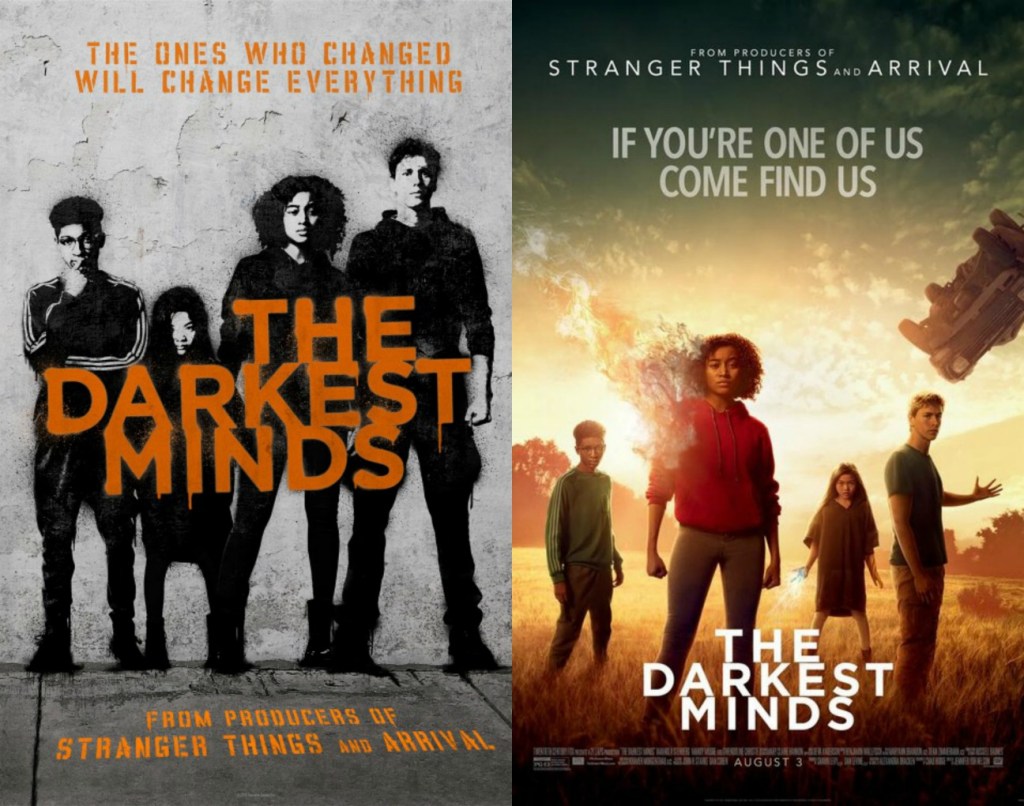 The marketing team took a Banksy-style artistic approach for the first poster. The four main characters — Ruby, Liam and others — are shown here as if they’ve been spray painted on the side of a building, complete with paint dripping down the wall. The title is added over their silhouettes in orange while copy at the top reads “The ones who changed will change everything,” hinting at their role in some kind of revolution.

On the theatrical one-sheet those same teens are shown standing defiantly in a field, each exhibiting some kind of power. This time the copy says “If you’re one of us, come find us,” which adds the idea that these characters are on the run in some way.

Possibly the main selling point, though, is the callout that the movie comes “From the producers of Stranger Things and Arrival.”

Ruby narrates the opening of the trailer (14.8 million views on YouTube), introducing us to the world where kids have been imprisoned because through some set of circumstances a good number of them died and those that survived gained incredible powers. She’s said to be among the most powerful and joins a group of other kids who have remained outside of control and are looking for a place where kids can live free together. She and the others soon join the active fight against the government to free those who have been rounded up and go back to living their lives free from the stigma their powers have given them.

Another trailer titled “What Happens Next” (2.2 million views on YouTube) shows some of the powers Ruby and the others have but isn’t concerned with the story, at least not beyond the teen romance between her and Liam, one of the other kids on the run. It’s positioned here as a dramatic story of young love that just so happens to involve kids with strange abilities. 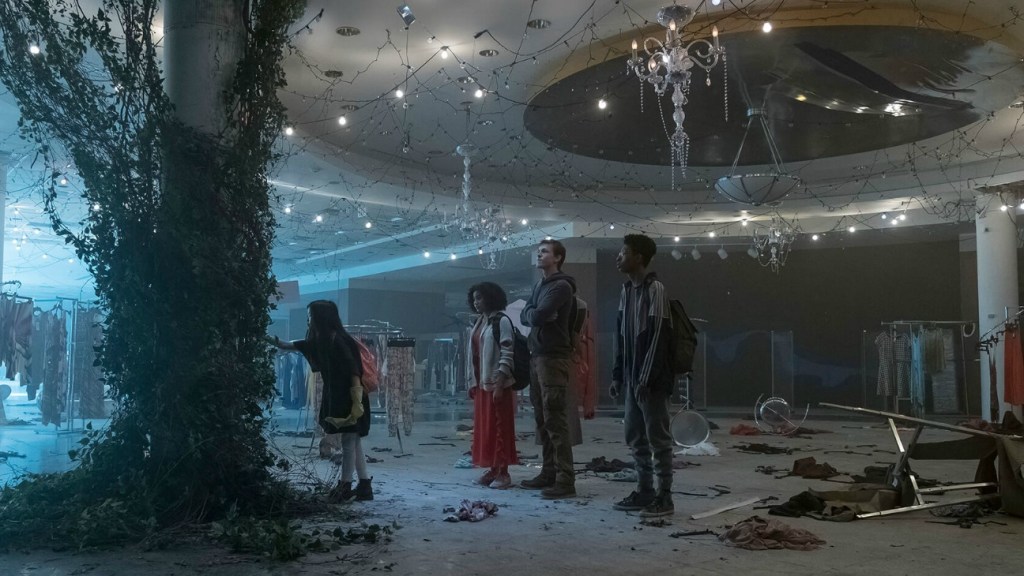 Fox released an extended TV spot that took a very different approach than what was seen in the rest of the campaign. It provides more backstory, mostly via news footage, on the sickness that swept through the world’s young population, killing most and granting powers that frightened the adults to the survivors.

Paid Snapchat filters allowed users of that app to apply the color that, in the story’s world, is assigned to those with different powers.

The movie made stops at quite a few conventions and events between March, when the first stills were released, and the release date.

There was BookCon in May, where Stenberg and Bracken appeared to talk about the movie and its sourcebook. There was also a booth, cosponsored by Goodreads, where attendees could make their own bookmark.

In June, Fox sponsored a presence at VidCon, the popular gathering for online video enthusiasts. The “Power Lounge” it offered those at the convention fit in nicely with the story’s theme of individuals with powers.

In July, the cast — along with Bracken and director Jennifer Yuh Nelson — appeared at San Diego Comic-Con. There was a special “From Page to Screen” panel devoted specifically to the book and movie, while Stenberg represented the movie at the “Women Who Kick Ass” panel that included castmembers from others shows and movies.

In mid-July, Fox released a featurette with Bracken talking to a group of kids about the book and what changed when it was adapted for the movie. Another had the cast talking about the powers their characters have and how those play into the story, and another had them talking about the story and how adults are afraid of the kids with powers. The relationship between Ruby and Liam was discussed and explained as well. 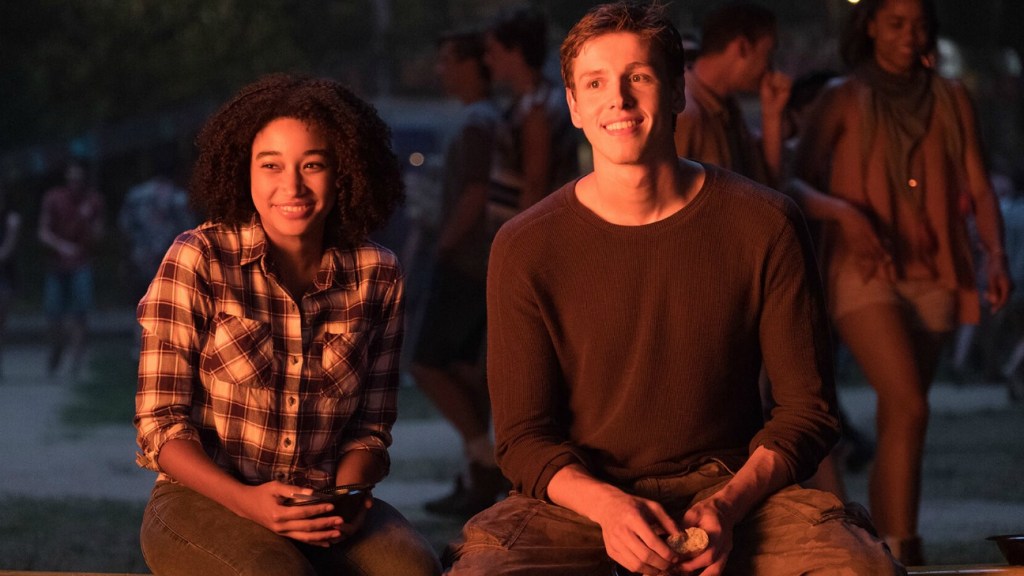 There are elements of the campaign — including the first trailer released in March and the extended TV spot — that appear to sell the project as a movie with a story similar to other “chosen one” characters and narratives.

For the most part, though, Fox has worked to position the movie as being a teen romance by focusing on the Ruby/Liam subplot. Why these kids have powers, what their place in society is and other aspects of the story are aren’t played up in this part of the campaign in the hopes it can reach audiences looking for something more emotional.

In both areas, the focus is squarely on Stenberg, who was a breakout hit in Everything, Everything last year and stars in the highly-anticipated The Hate U Give later this year.