In early 2021, DC will be expanding its successful middle grade graphic novel program with three new titles featuring Superman, Green Arrow, and — somewhat unexpectedly — John Constantine, the long-standing lead of horror title Hellblazer, and The Hollywood Reporter has the exclusive cover reveals of each title.

The new titles — Metropolis Grove, The Mystery Of The Meanest Teacher: A Johnny Constantine Graphic Novel, and Green Arrow: Stranded — build on a catalog featuring a number of acclaimed titles including Green Lantern: Legacy, The Oracle Code, and Gotham High, announced in 2018 and launched a year later.

As with earlier middle grade titles, the new books are targeted towards readers aged 9 through 12, and are intended to act as stand-alone stories outside of the regular comic book continuity introducing DC characters and concepts to a new audience. Each of the three titles will retail for $9.99 U.S. The official descriptions from DC, including release dates, are: 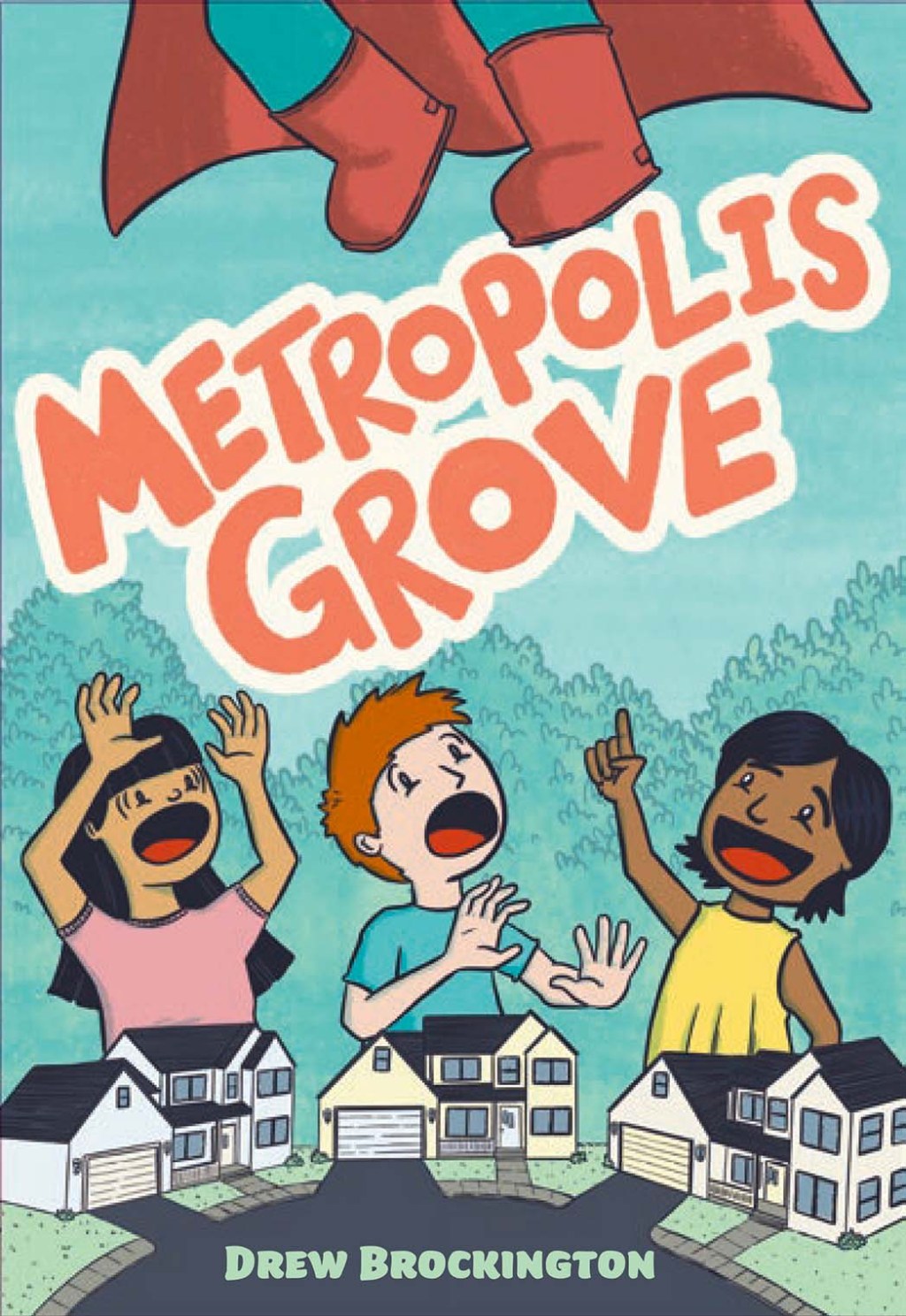 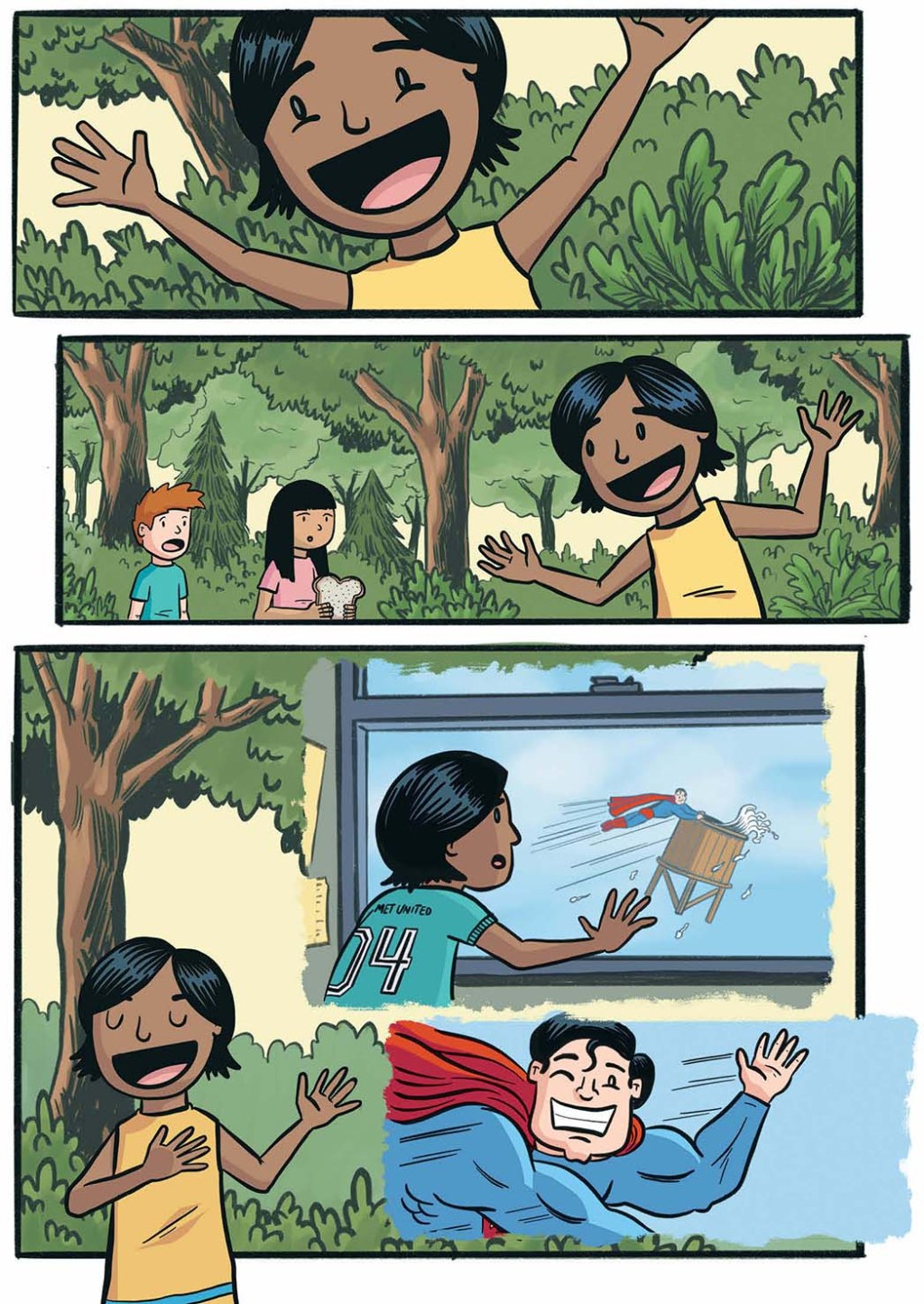 The big city is full of Superman sightings, but here in Metropolis Grove? Every kid in this suburb knows that he’s not real…except newcomer Sonia Patel, who convinces her friends Duncan and Alex to believe! When the trio discover a mysterious cave full of Super-memorabilia, they can’t keep it to themselves, and that sets off a school year full of drama and adventure and more than a few opportunities for a newfound friendship to test its limits.

And when they finally figure out the resident of the cave is Bizarro, things get even more out of control! (May 4, 2021)

The Mystery Of The Meanest Teacher: A Johnny Constantine Graphic Novel by Ryan North and Derek Charm 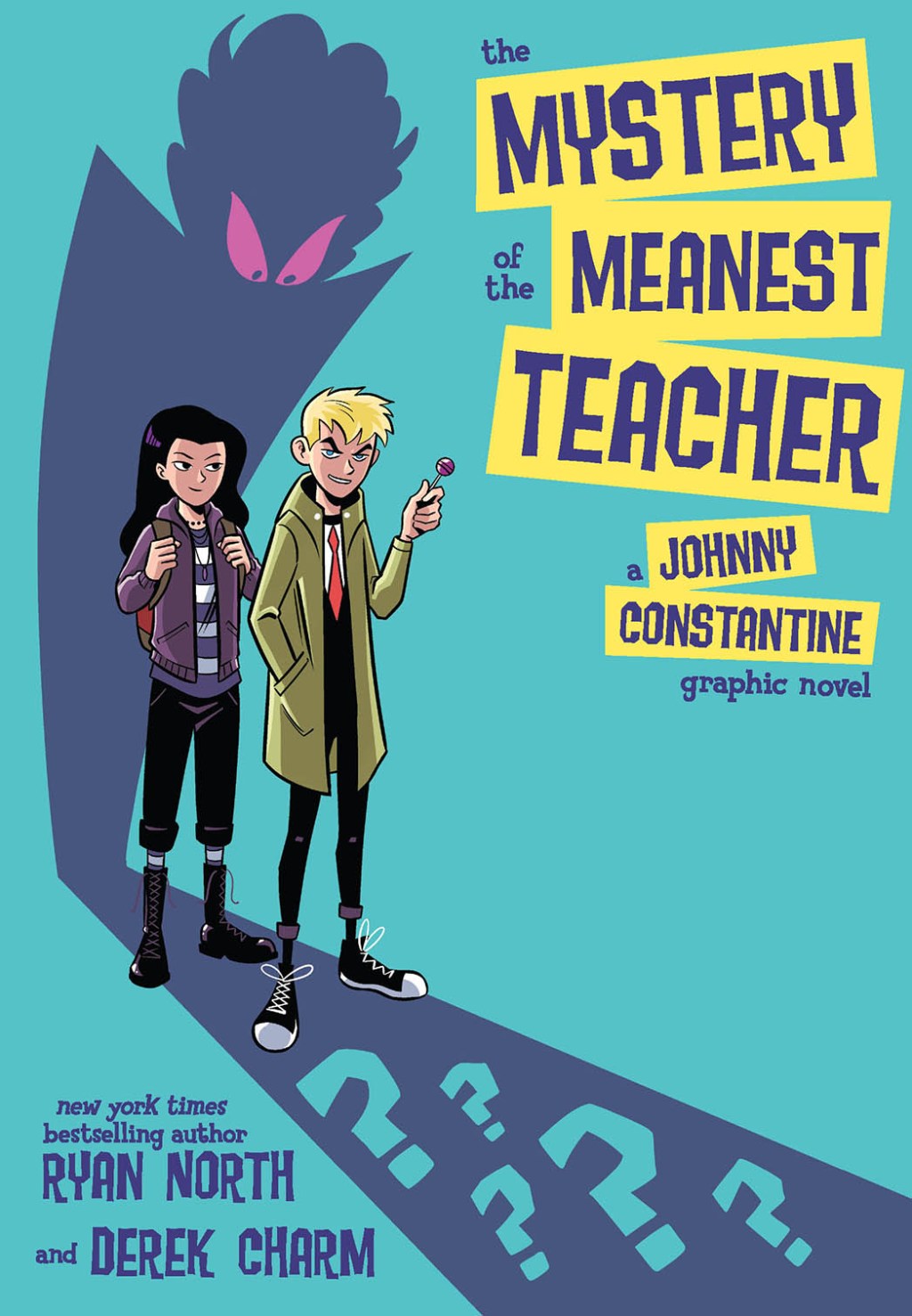 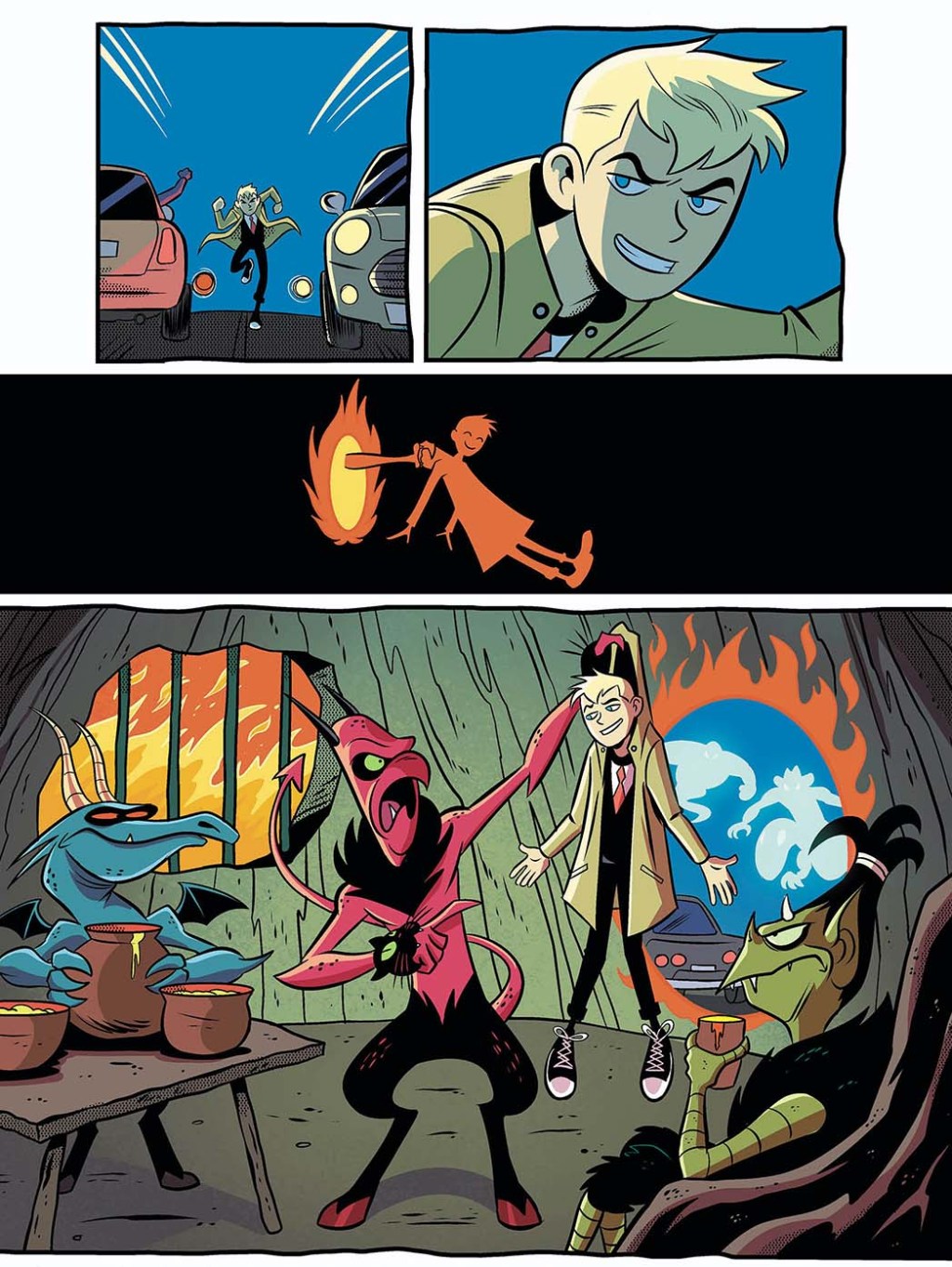 After angering a number of hostile spirits in England, 13-year-old magician Johnny Constantine has to find a way out of the country. Persuading his parents to send him to America, John arrives at the Junior Success Boarding School in Salem, Massachusetts. But once there, he finds himself to be something of an outcast. And he is also convinced that his homeroom teacher really has it in for him. Worse, he’s convinced that’s she’s really a witch.

Fortunately, John is able to find one kindred spirit at school with whom he’s able to form an alliance–another misfit named Anna, who also happens to have her own developing magical powers. John recruits Anna in his efforts to uncover the truth about Ms. Kayla and expose the Meanest Teacher’s real identity to the world. Joined by a friendly demon named Etrigan, these two amateur sleuths will uncover clues and stumble upon forces beyond their control in a humorous series of misadventures. (June 1, 2021) 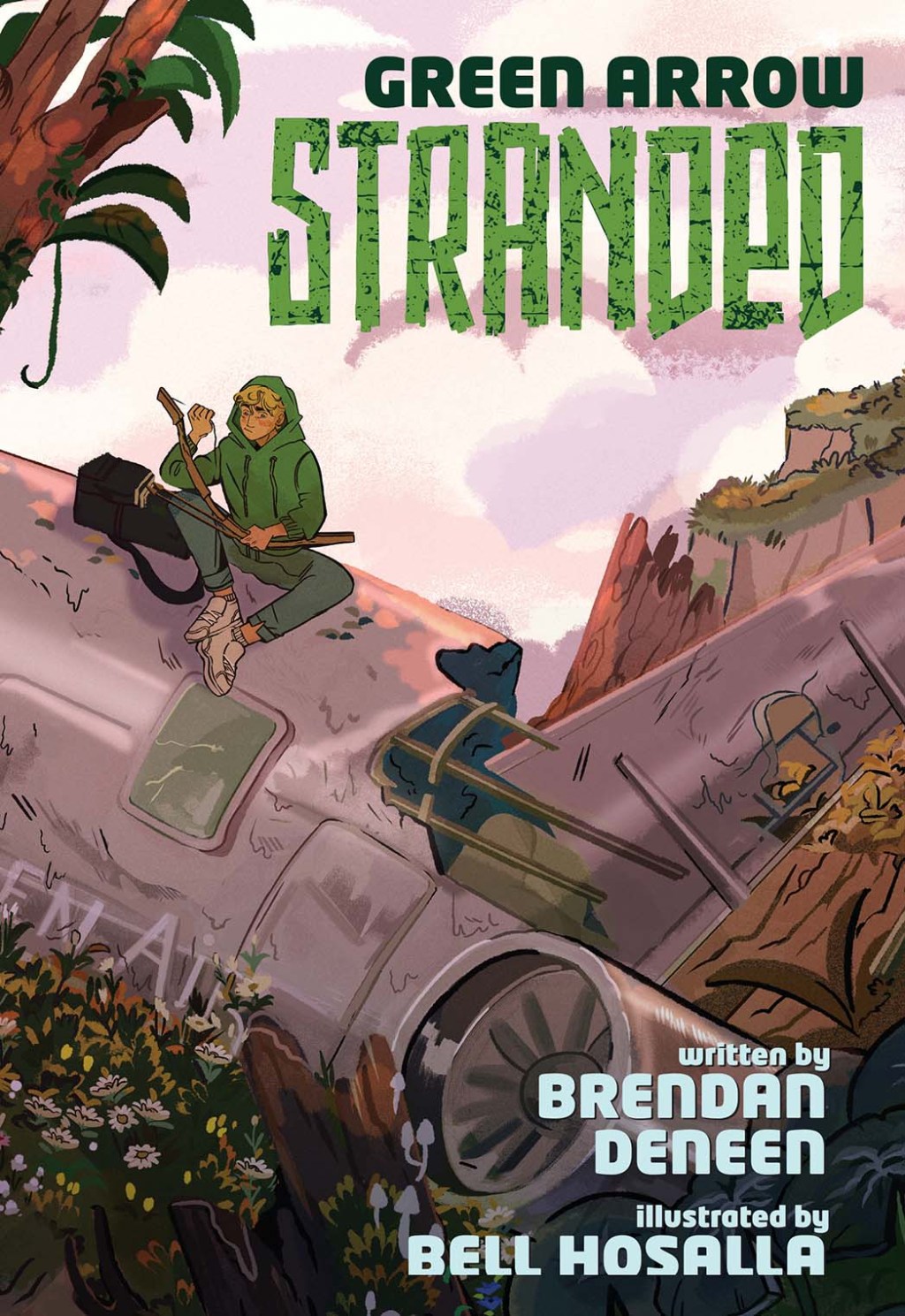 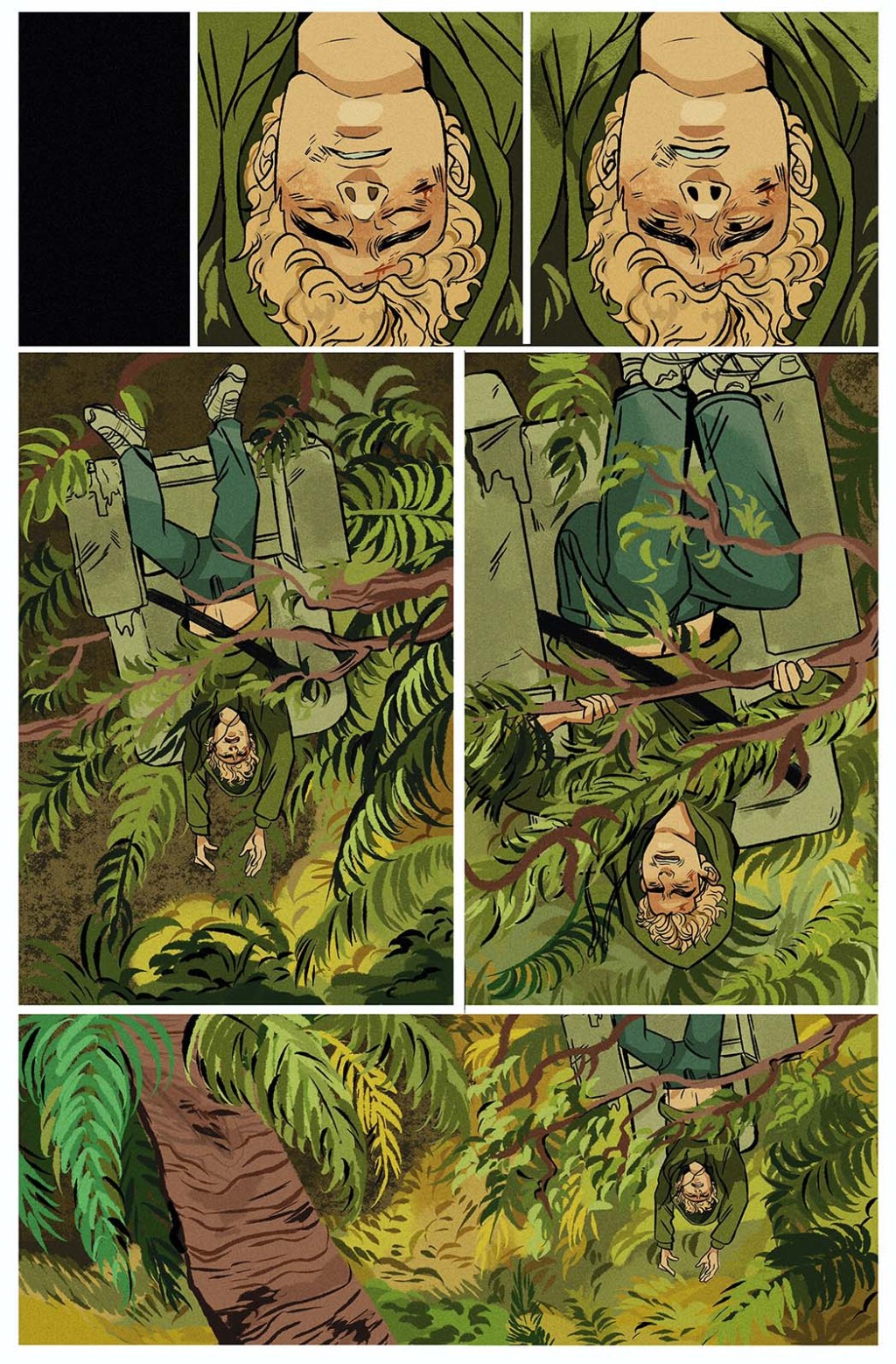 Following a plane crash on a deserted island, 13-year-old Oliver Queen must learn the skills he needs to survive and to protect his injured father. Ollie has always hated the idea of hunting, but his dad insisted they go on this trip with his business partner, Sebastian, and his son, Tyler. When Ollie fails to take a perfect shot, the teasing starts, and he wonders if his dad will ever be proud of him again. But just when he thought their trip couldn’t get any worse, their private jet is struck by lightning and crash lands on a deserted island. Ollie awakens to find himself to find his dad seriously injured and the other passengers nowhere in sight.

If they hope to survive, he’s going to have to learn skills he’s been avoiding developing so far. He has never felt less sure of who he is…or if he will be able to hang on until help arrives. (July 6, 2021)