The new trailer for Deadpool 2 gives a closer look at the cinematic X-Force and… well, it’s not exactly the classic team that comic fans are familiar with. (For starters, who is Peter? The hero we all deserve and need, obviously.) On the one hand, that’s not unexpected — in comic book continuity, X-Force was an evolution of the New Mutants, and that team has their own movie in the works placing many of the characters off-limits for now — but on the other, it’s a surprise to see X-Force-specific characters like Feral, Warpath or even Boom-Boom failing to make the grade.

That said, all but one of the four characters introduced in the new trailer come from the X-Force comics of yore — and two share a creator with both Deadpool and Cable, coming from Rob Liefeld himself — so, for those looking to learn up on the new arrivals, here’s everything you need to know about the comic book pasts of the big-screen X-Force. 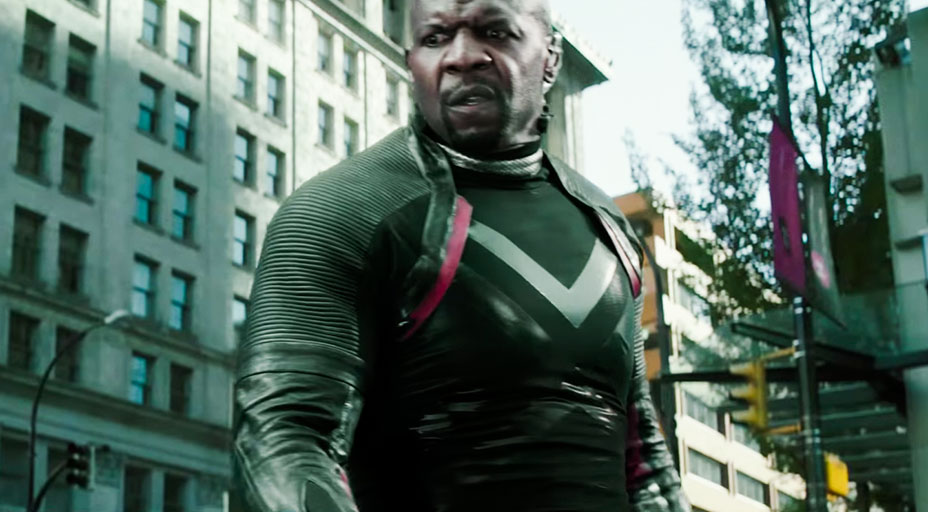 Played by: Terry Crews
First appearance: Factor X No. 1, 1995
A skilled martial artist, Bedlam — AKA Jesse Aaronson — actually has powers that allow him to disrupt electrical systems, including bio-electric systems… meaning that he can put his opponents to sleep, or cause them pain, without having to touch them. The comic version of the character joined X-Force toward the end of its original run, but it clearly didn’t agree with him; an apparent death in 2001’s X-Force No. 115 was quickly followed by his reappearance and actual death in 2003’s Uncanny X-Men No. 423.

Played by: Lewis Tan
First appearance: The New Mutants No. 99, 1991
A founding member of the original X-Force, Shatterstar’s backstory is impressively “comic book,” as he’s both a time traveler and an alien who crossed through a dimensional divide to arrive on Earth. As if that wasn’t enough, he’s also a savage warrior and former gladiator turned reluctant, violent hero, and the son of X-Men members Dazzler and Longshot, although neither of them know that because it happened in their future and then their memories were erased so they don’t remember any of it. Let’s just leave it as, “He’s very good with swords and likes to fight.”

Played by: Zazie Beetz
First appearance: The New Mutants No. 98, 1991
Despite what the movie Deadpool might say about luck not being a superpower, the comic book career of Neena Thurman would suggest otherwise: a mercenary and recurring partner of Cable as well as an occasional member of  X-Force and the X-Corporation — a brief, philanthropic offshoot of the X-Men — Domino was genetically engineered by a secret government division to be the ultimate weapon, only to go rogue (Lowercase, not the X-Man of the same name) and become a mercenary. Although her intentions are traditionally good, and she’s more often than not doing the right thing, it’s worth remembering that one of the reasons Domino has been successful enough as a mercenary to stay alive is that, when the situation calls for it, she’s willing to get her hands dirty for the right price.

Played by: Rob Delaney
First appearance: …This trailer…?
…Yeah, I got nothing. He seems to be a joke character, but who’s to say there’s not going to be some unexpected reveal where Peter turns out to be someone pretty famous in the X-Men mythology after all? Here’s hoping he turns out to be the shape-changing Morph in disguise.