In the middle of the film, Ryan Reynolds’ Deadpool assembles a superteam called X-Force, and its roster includes an invisible teammate known as The Vanisher. The audience never sees the character until a split-second shot in which he’s electrocuted and is revealed to be played by none other than Brad Pitt.

Screenwriter Paul Wernick notes that in their original script, he and co-writers Rhett Reese and Reynolds didn’t conceive of that moment including a celebrity cameo.

“We never saw Vanisher in the original script. He was always a mystery,” Wernick tells Heat Vision. “When he got tangled up…we just thought, ‘Oh my god, what a perfect idea for a celebrity cameo.’ And then we thought, ‘Who is the hardest get in Hollywood? Let’s call him.'”

Reynolds reached out personally to Pitt, whose children loved the first Deadpool movie.

“He immediately said yes,” recalls Wernick. “It was a pinch-me moment.”

Director David Leitch had worked with Pitt for years as his stunt double on films like Ocean’s Eleven and Mr. & Mrs. Smith. The star had been considered to play the time-traveling mutant Cable before Josh Brolin came aboard. The Deadpool 2 team shot Pitt’s cameo over two hours in Los Angeles during postproduction in the spring.

“It was a super small window, but once we had the yes, there was never a pressure — we had a whole window of post to get it done,” says Leitch. “We shot the plates for it and really just needed to get him on a green screen for a short window of time.”

All but the most dedicated comic book fans likely aren’t familiar with Pitt’s Deadpool 2 character, who actually is a bit different in the source material.

For one thing, the Vanisher doesn’t look anything like Pitt. For another, his power isn’t even invisibility in the comics: it’s teleportation. Despite all of this, Telford Porter — yes, Telly Porter, you read that right — is nonetheless a character with a storied place in comic book history.

The Vanisher was the second threat the X-Men ever had to face. He debuted, created by Stan Lee and Jack Kirby, in 1963’s X-Men No. 2, which boasted an entirely unearned cover blurb about its new threat: “The X-Men had to find out…. How do you beat a mutant who is…unbeatable?!!” As it turns out, the Vanisher proved to be particularly beatable after Professor Xavier used his psychic powers to give the character amnesia. “One minute he was threatening us all…and now…he’s like a helpless child!” declares Iceman, as the Vanisher says, “I must think…have to learn who I am…what I am??!” in the background.

Of course, his memory returned, even if his reputation never quite recovered. He returned to bother the X-Men as well as the Champions, a team that included a couple of former X-Men in its lineup, but he had crossed over into more of a figure of fun than a true threat. Thankfully, redemption of a sort was just around the corner. 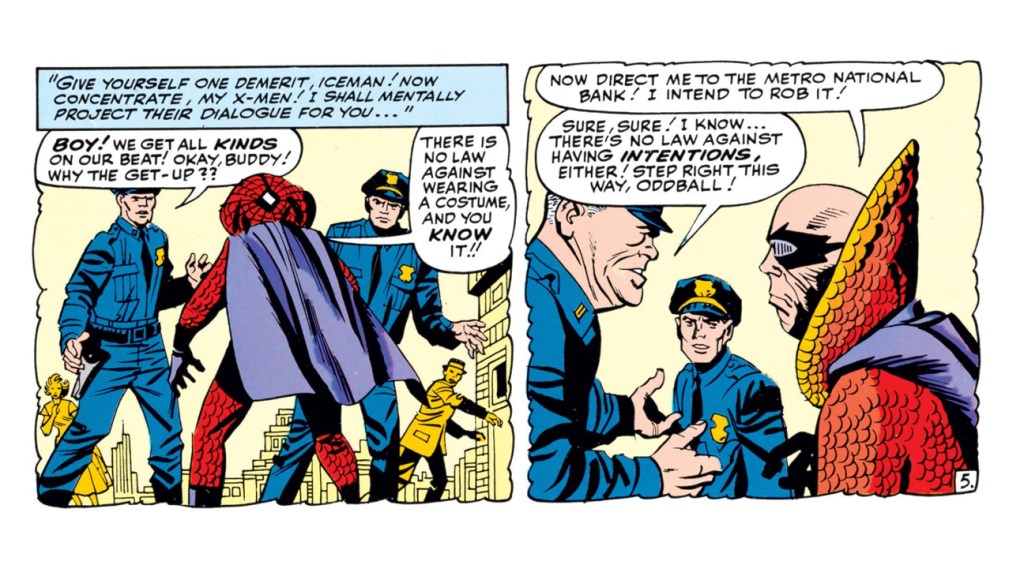 In 1987, Marvel launched a miniseries called Fallen Angels that was, in some respects, a spinoff of the X-Men spinoff, New Mutants; the concept behind it was that the title referred to a group of runaways who had been gathered together as a superpowered gang of well-meaning thieves, under the Vanisher. This was a considerable makeover for the character, and for the better — it emphasized his comedic potential, turning him into a wonderfully inept leader (who has been, it’s revealed, manipulated by another of the gang all along) and unmistakable coward whose preferred use of his teleportation power was to disappear as soon as anything isn’t going his way. Of all the Vanisher’s appearances across the last 55 years, Fallen Angels is probably his peak, in that he is, at least, memorable and surprisingly charming despite it all. 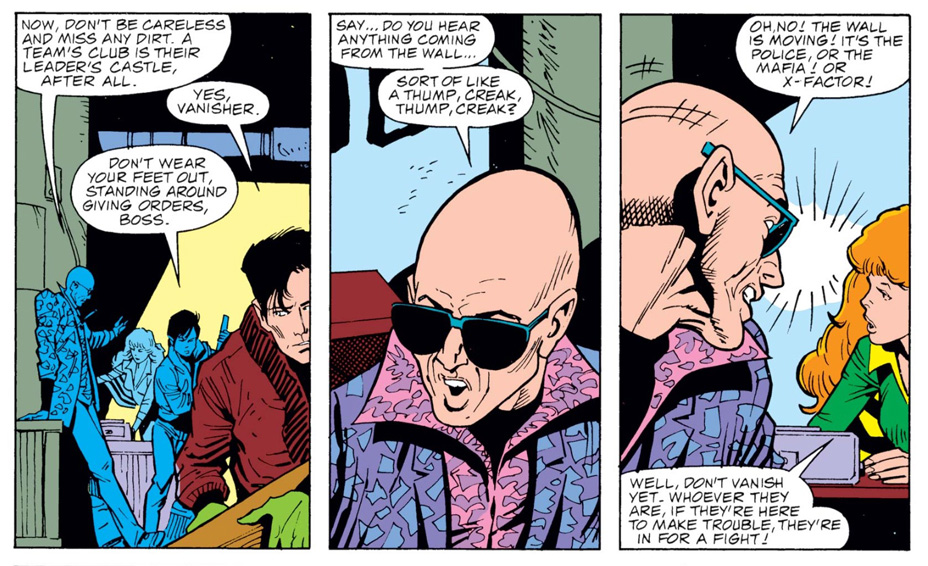 Sadly, the makeover didn’t stick, and the character was left to drift in and out of various comic book appearances without much impact — basically, if the story needed a flunky villain and/or a teleporter, chances are he’d make an appearance — for the next few decades. Even when he apparently died, in 2010’s New Mutants No. 13, it made so little impression that he showed up alive two years later in Astonishing X-Men No. 48 with no explanation. Most recently, he’s appeared in the Black Panther: World of Wakanda miniseries, helping smuggle vibranium from Wakanda, and likely complaining that, once upon a time, people thought he was unbeatable.

With all that in mind, the Vanisher’s Deadpool 2 appearance — what little there is of it — is undoubtedly the highlight of his career for at least the last three decades, if not its entirety. Sure, the big-screen version shared almost nothing in common with the comic book character outside the name, but still: when you’re played by Brad Pitt, does it really matter?

For the Deadpool 2 team, Pitt’s involvement shows how far the franchise has come since the original. The film also pulled off brief cameos from Matt Damon and Alan Tudyk, who played the men Cable meets when he first travels back in time.

“The first Deadpool, we got a lot of noes. In this one, we got a lot of yeses,” says Wernick. “So it was a real treat to have more toys to play with in the sandbox. The premium toy being the Brad Pitt doll.”

Deadpool 2 is in theaters now.