Colossus is finally getting the chance to shine as bright as his metal skin — thanks to Deadpool 2.

The X-Men character has been a fan favorite since he was introduced by writer Len Wein and artist Dave Cockrum in 1975’s Giant Size X-Men No. 1. Throughout his comic book history, Colossus’ gentle nature has put him at the moral center of the X-Men, and it’s often been a point of melodrama when his morals were pushed to breaking point. Beyond his physical strength and metallic form, his go-to move in comic books has been a tendency toward self-sacrifice, including temporarily becoming the Juggernaut to end a rampage by the original, and temporarily dying to save everyone from the AIDS allegory “Legacy Virus,” which only infected mutants.

He’s flirted with big-screen greatness over the years. Daniel Cudmore brought the character to life in 2003’s X2: X-Men United, where a shirtless version of Piotr Rasputin memorably helped Hugh Jackman’s Wolverine defend the X-Mansion; he was also one of the few bright spots in the ill-received X-Men: The Last Stand (2006), where he threw Wolverine — claws out — toward a Danger Room Sentinel.

But it wasn’t until 2016’s Deadpool that Colossus was given the movie treatment fans had been waiting for. Actor Stefan Kapicic brought Colossus to life with an authentic Russian accent and a tender bedside manner that made him the perfect foil for Ryan Reynolds’ raunchy antihero. Deadpool 2 expands his role, giving him an arc that sees him lobby Deadpool to become an X-Men trainee while dealing with his own moral quandaries (and dangerous foes).

“He has a good heart, and with some training he can be an X-Man,” Kapicic says of where we find Deadpool in the sequel. “We have this beautiful relationship between Deadpool and Colossus … It’s like some sort of brotherly love, or even like a father-figure [relationship].”

In the first film, Kapicic collaborated on the Colossus role with multiple performers, including 6’9 actor Andre Tricoteux, who wore a mo-cap suit on set. Kapicic was cast and lent his voice to the character after filming had completed. On the sequel, Kapicic had much more to do. Tricoteux filmed on set, while Kapicic once again lent his voice, but this time he also did extensive motion capture work to deliver Colossus’ facial expressions.

“It was eight, nine hours [a day] with 45 minutes of break. I just didn’t want to stop for any other break,” says Kapicic of his work. “I was working really closely with Ryan Reynolds, trying to give more levels of Colossus in this part, which worked so well — and Ryan gave me so much support. So many ideas, because he is a master of improvisation.” 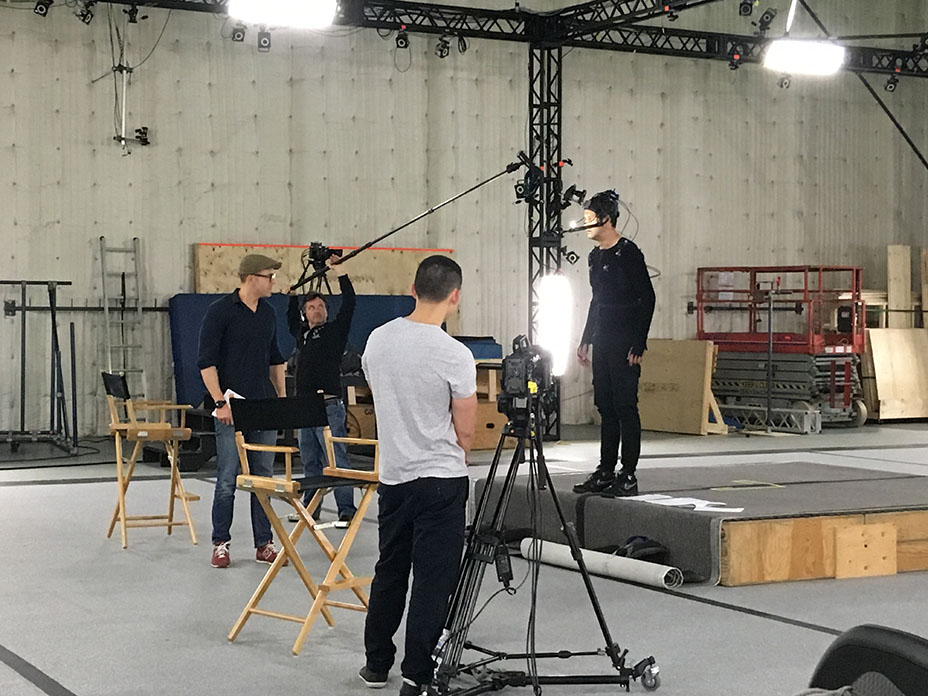 Director David Leitch notes that Kapicic took Colossus over the finish line with his fine-tuning.

“Andre on set is great. He’s a really good actor and he got some great performances,” says Leitch of the on-set Colossus. “Then we really get to refine it and do a lot and make it work with Stefan. It’s the facial capture, the voice — and he brings the character to life.” 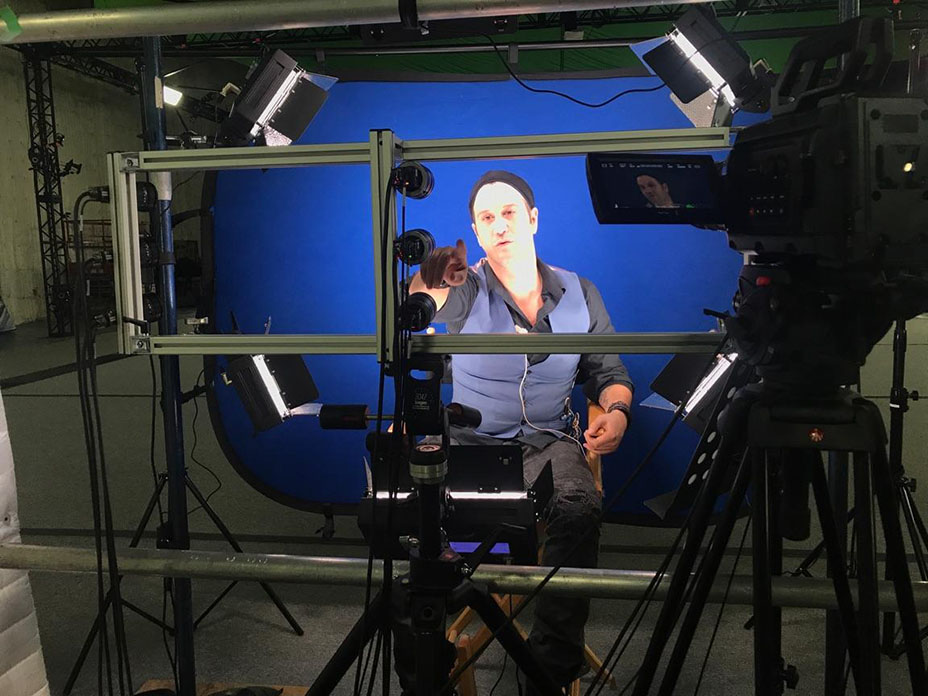 Though Kapicic’s face does not appear onscreen in Deadpool 2, the German-born, Serbian actor’s face is poised to be better known to U.S. audiences soon. He has been shooting a role in the upcoming fourth season of AMC’s Better Call Saul, the third highest-rated drama on cable. 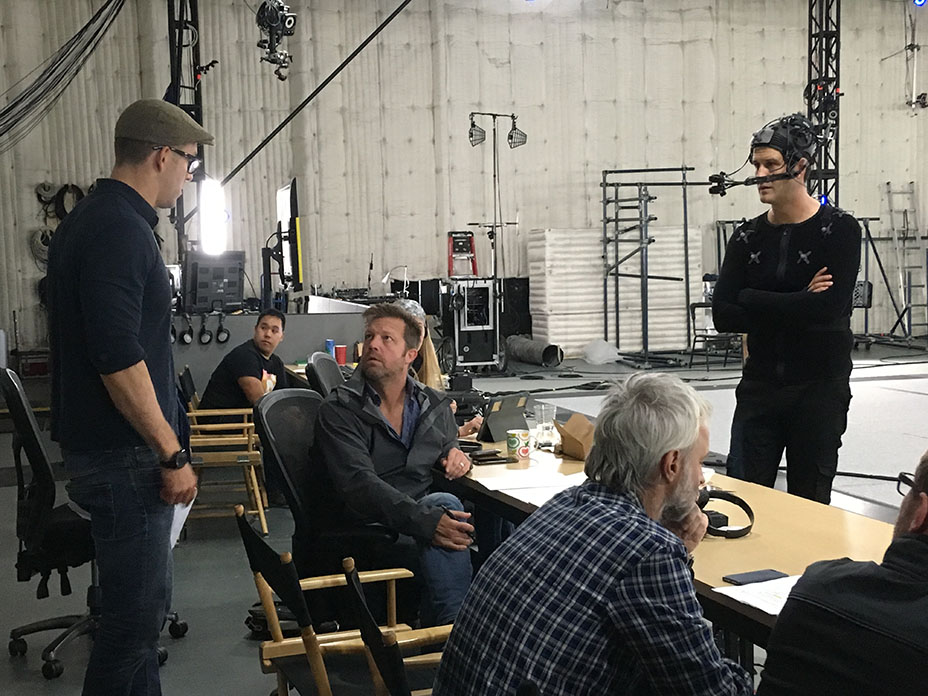 “His voice is tremendous,” says Deadpool 2 screenwriter Rhett Reese. “We love him to death and he really embodies Colossus. He’s such a sweet person and also a big tall guy, so you kind of imagine Colossus when you are looking at him and you hear him talk.” 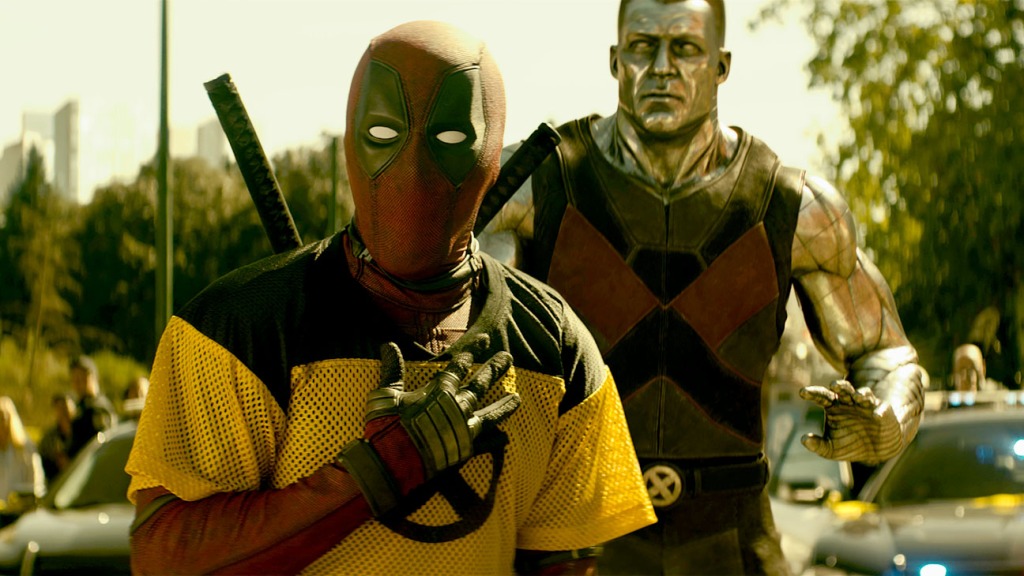 The actor is a self-described comic book geek, and admits to having anxiety about doing the character justice, so much so that his wife advised him not to “be so insecure” about his choices for the role.

“There are some actors who didn’t do right by the characters. I don’t want to mention them, and maybe they didn’t have a chance, but then again, I wanted to do as much as possible for comic book fans,” he says of having the weight of expectations on him.

Wait, a comic book movie actor who didn’t deliver for fans? Who has heard of such a thing?

While Kapicic isn’t naming names, Reynolds has been vocal about his displeasure with his 2011 film Green Lantern. During Kapicic’s visit to The Hollywood Reporter‘s offices, the actor participated in a video shoot where he was shown pictures of movie characters and was asked if Colossus could beat them in a fight. He laughed when he was shown a photo of Reynolds in the Green Lantern costume.

“I think Deadpool would help Colossus,” he said, smiling.

Deadpool 2 introduces a team of mutants known as the X-Force, which already has a movie in the works to star Reynolds and Josh Brolin as Cable. Kapicic is mum if he’ll be involved, but he does say there’s more to come from him.

“The only thing I can say for sure is you are going to see a lot of Colossus,” Kapicic says. “Will that be in X-Force, Deadpool or X-Men franchise?”

Time will tell. Deadpool 2 is in theaters now. 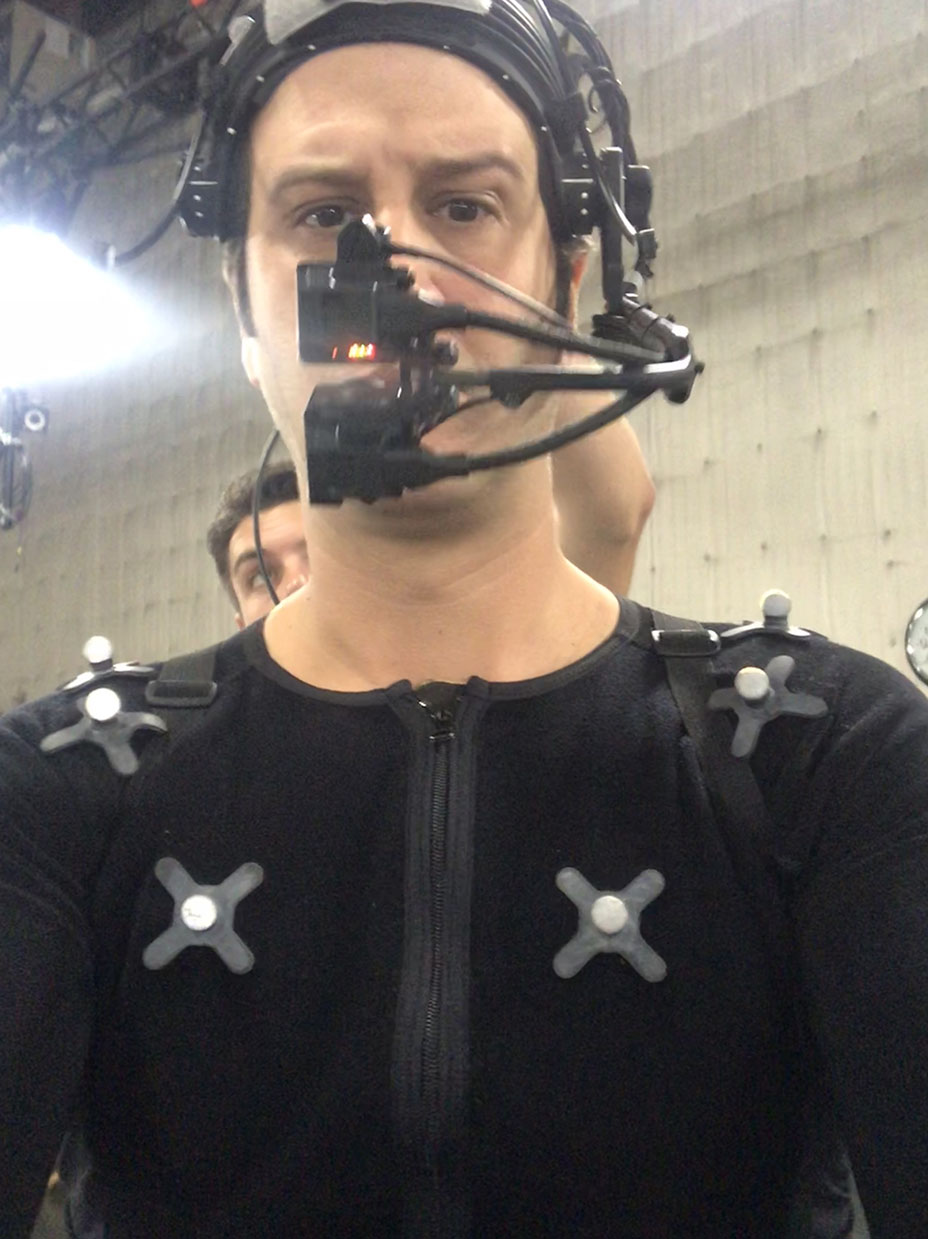 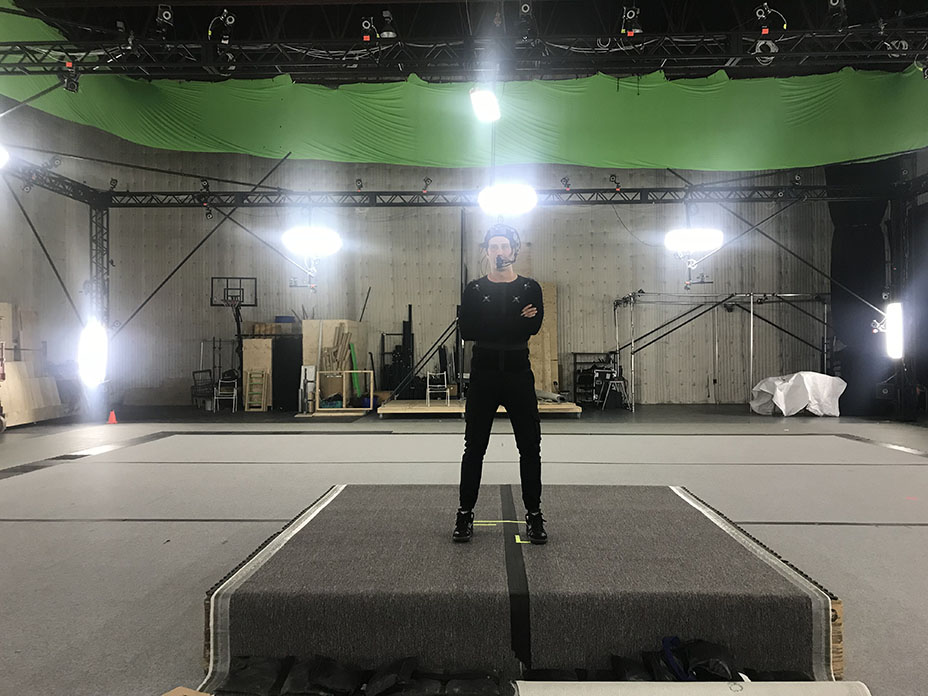 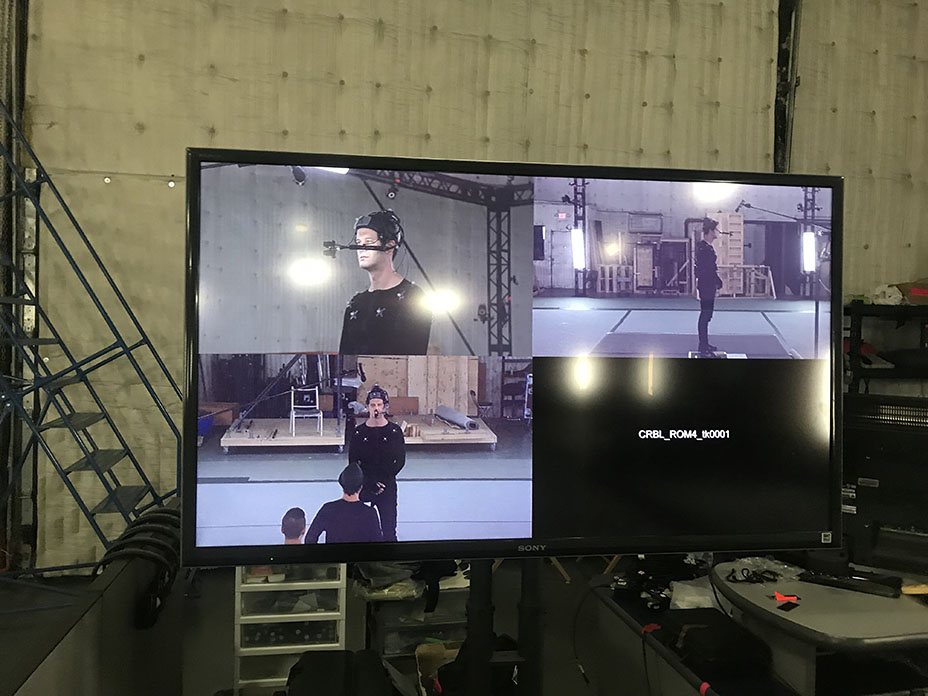 How 'Deadpool 2' Writers Snuck Heart Into the Raunchy Franchise