Deadpool 2, with its sophomoric humor, plethora of pop culture references, and soundtrack that covers everything from a-ha to Dolly Parton, is a kick in the shins to superhero conventionalism. That much was expected. But what may not have been quite as anticipated is that Deadpool 2 forms the perfect companion piece to James Mangold’s Logan, while furthering the importance of 20th Century Fox’s entire X-Men-centric franchise. When Logan was released last year, it provided a swansong for Hugh Jackman’s 17-year run as Wolverine, a role he originated in 2000’s X-Men. Mangold delivered the film many fans of the character had always wanted: a gritty, blood-soaked meditation on violence. Packaged in the form of a post-modern Western and stripped of costumes and some of the flashier aspects associated with superhero films, Logan deconstructed Wolverine’s legacy in an ode to pain. The bleakness of Logan seems like a far cry from Deadpool 2, given the latter’s lack of baggage from either a character standpoint or its position in a now-18-year-old franchise. But David Leitch’s film, despite its hilarity, is surprisingly emotionally grounded, and has more to add to Logan’s message than its overt references to the film.

Deadpool 2 opens with a music box, featuring the character Logan impaled on the husk of a dead tree in the same position as he died in Mangold’s film. Deadpool (Ryan Reynolds) makes a few quips about Logan stealing his R-rating and beating him to the punch in dying in his own film, before promising that he’s going to die in this film too. This all seems like an extended gag, meant to highlight Deadpool’s fourth-wall-breaking, referential nature. But as the plot pushes forward and Deadpool suffers the tragic death of his girlfriend Vanessa (Morena Baccarin), the thematic arc of the film takes shape. Logan isn’t simply an impermanent object that can be tossed away like any other gag, it is the thematic music of the film and perhaps this entire cinematic universe going forward. Deadpool 2 manages to retain all of the elements that made the first film so successful, but it does so creating deeper emotional layers. No, Deadpool doesn’t sacrifice his amusing personality to become like Logan, and the film isn’t a harrowing experience where death is permanent. But Deadpool 2’s enveloping bear-hug around Logan enables Leitch’s film to exist in the space around Mangold’s film and harken back to the original driving ideas behind Stan Lee and Jack Kirby’s X-Men.

Like Jackman’s Logan, Reynolds’ Deadpool is forced to come to terms with his existence when everything he cares about in the world, the very thing that drives him, is snatched away. While Logan had built up a family of mutants through the X-Men, Deadpool only had Vanessa. The sequel’s narrative heightens the love story of the first film by reemphasizing that everything that made Wade Wilson into Deadpool was due to his love for Vanessa. Logan and Deadpool 2 find two men with healing factors, stripped of the people that gave them purpose and identity — and they are unable to cope. Both films find the characters on a suicidal drive. Logan handles this more subtly, with the lead character’s alcoholism and scarred body showing an inclination towards self-destruction as his healing factor continues to fade. Deadpool 2 takes the more direct approach, as the character demands it. But it is arguably a bit more shocking to see this character, our raunchy jester, contend with suicide. While there’s plenty to laugh at, including the Looney Tunes levels of violence that tests Deadpool’s ability to heal, Reynolds delivers staggering moments of sincerity in his hopelessness. While it’s tough to say any performance in Fox’s X-Films have matched Hugh Jackman’s in Logan, Reynolds in Deadpool 2 delivers one that is appropriately adjacent to it. 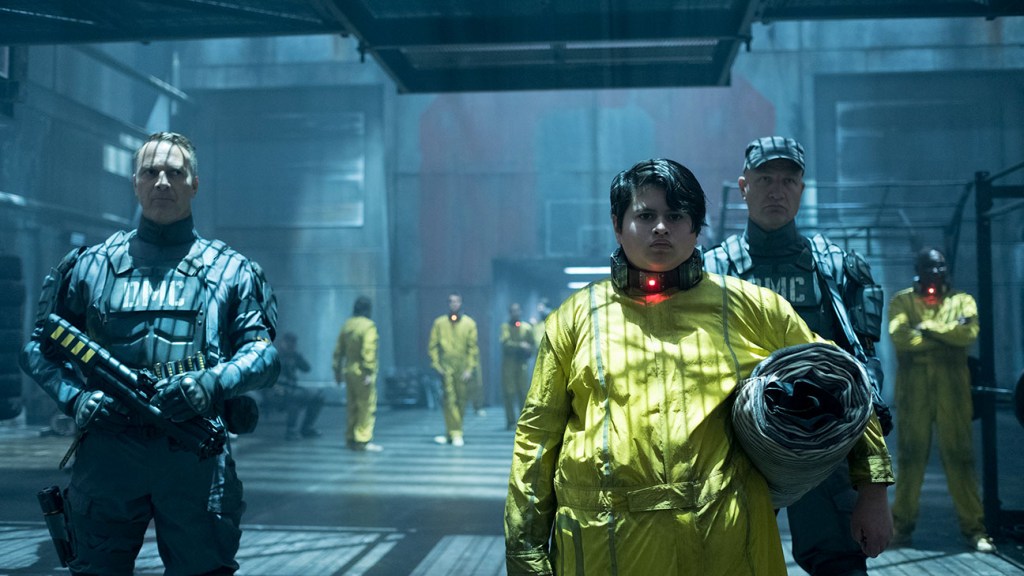 Logan is reluctantly pulled out of his death dive by the arrival of Laura (Dafne Keen), a young mutant with powers very similar to his own. In his mission to deliver her to a fabled mutant safe haven, Logan finds purpose again, but also hope that a new generation of mutants can accomplish what he and his generation of X-Men failed to do. In the aftermath of a botched training mission with the X-Men, Deadpool is also driven by a young mutant, Rusty (Julian Dennison). Rusty, tortured and abused at a mutant orphanage that facilitates conversion therapy, lashes out against the world by reveling in his powers. Both of these angry young mutants represent the hopes and fears of the future. Laura has the capacity to be everything Logan hates about his own violent tendencies, or to be something better. “Don’t be what they made you,” Logan tells her in his dying moments. While Deadpool has no genetic connection to Rusty like Logan does to Laura, there is the recognition that their shared experiences in abuse by a world that hates and fears them can ultimately have tragic costs. “Kids give us a chance to be better than we used to be,” Vanessa tells Deadpool hours before her death. Thus, in his efforts to die so that he may be reunited with Vanessa, Deadpool takes on the challenge of protecting the boy from the time-traveling soldier Cable (Josh Brolin). Cable’s mission to kill Rusty in order to prevent the future in which Rusty becomes a tyrant and kills his family is also driven by his need to protect the next generation. Cable’s daughter Hope, an allusion to the character’s adopted daughter in the comics, forms the purpose of his mission, and hope very literally forms the stakes of the entire film. Thus, Cable’s arc not only runs parallel to Deadpool’s, but Logan’s as well. 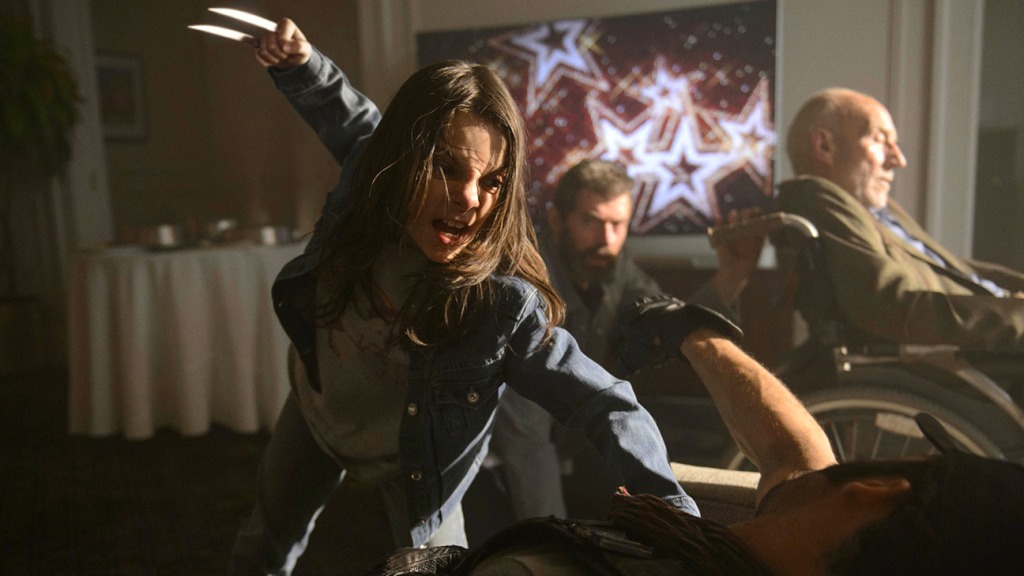 It is this recognition in the potential of a next generation that form the very foundation of the X-Men as they first appeared in the pages of Marvel Comics in 1963. Together, Logan and Deadpool 2 paint a picture of mutantkind that none of the prior films have tapped into as successfully. The social stakes aren’t always as grand as choosing whether to side with Magneto and rule over humanity, nor the bigotry as docile as protest signs and parents asking their children if they’ve tried not being a mutant. The X-Men comics rose to popularity during a time when Americans believed things were getting better, and the films have existed in that mindspace as well. But now that the U.S. stands fully revealed, and we’ve come to realize that hatred and bigotry never left, perhaps a harder-edged take on mutants is required both in comics and on film.  Deadpool 2 makes a crack about the X-Men’s dated social and civil rights messages, but then does something to update that message. In Logan and Deadpool 2, the most recent X-films, systematic abuse supported by the government is taken into account. It’s an inability to see mutants as human beings, or to recognize the emotional complexity of children where the biggest stakes lie. It’s these themes that made Lee’s work, and more significantly Chris Claremont’s work on the X-Men, stand out. It is in teaching the next generation, exemplified by Laura and Rusty, not only to fight but to form a community – a family, as Deadpool puts it, that gives rise to hope. Logan and Deadpool 2, while both solo films that seemingly buck the trend of the X-Men comics they have their roots in, best exemplify why these stories of mutants still matter.

The 'Deadpool 2' Cliches That Aren't Part of the Joke