The whole family is together for the first Deadpool 2 poster.

And because this is Deadpool, the poster was unveiled in quite an inventive way.

Star Ryan Reynolds on Thursday tweeted out a cover for a special issue of Good Housekeeping magazine, featuring Deadpool’s favorite holiday recipes for things such as D’s Spiced Nuts (“A hearty and healthy holiday snack that’s so tantalizing, you might just gobble up a whole sack of them by yourself”) and Candy Creamy Clam Skinny Dip (“Enjoy the tangy, smooth taste of a creamy clam dip that will leave your guests begging for more”).

And for fans able to get a copy of the special issue, there was another surprise inside: the first poster for Deadpool 2.

“When Good Housekeeping called and asked me to be a contributor to their holiday issue, I was completely shocked and flattered. I’m a HUUUUGE fan. It’s always been a dream of mine to visit the Good Housekeeping Mansion and bathe in their infamous grotto. But unlike most men, I read Good Housekeeping for the articles,” reads the intro to the package, written by none other than Wade Wilson (aka Deadpool). 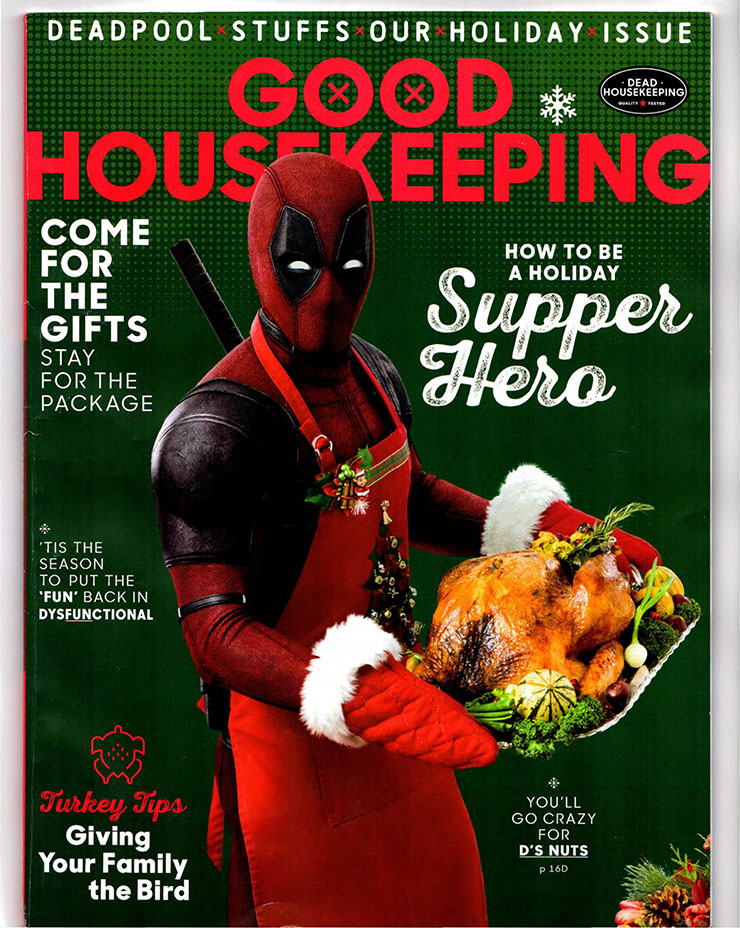 The original Deadpool was known for its entertaining marketing campaign, which helped propel the 2016 R-rated film to become the top-grossing X-Men film of all time ($783.1 million worldwide).

“Deadpool’s persistence to be in Good Housekeeping was impressive — initially we had no idea who he was, let alone that he was a fan of the magazine,” Good Housekeeping editor in chief Jane Francisco said in a statement. “But after repeated attempts to ignore his… passion… we came to a compromise. He could appear in one issue, if he promised to stop leaving care packages at our editors’ homes and agreed to maintain a 50-foot distance from the Good Housekeeping offices and our staff.”

David Leitch stepped in to direct the film, which opens June 1. 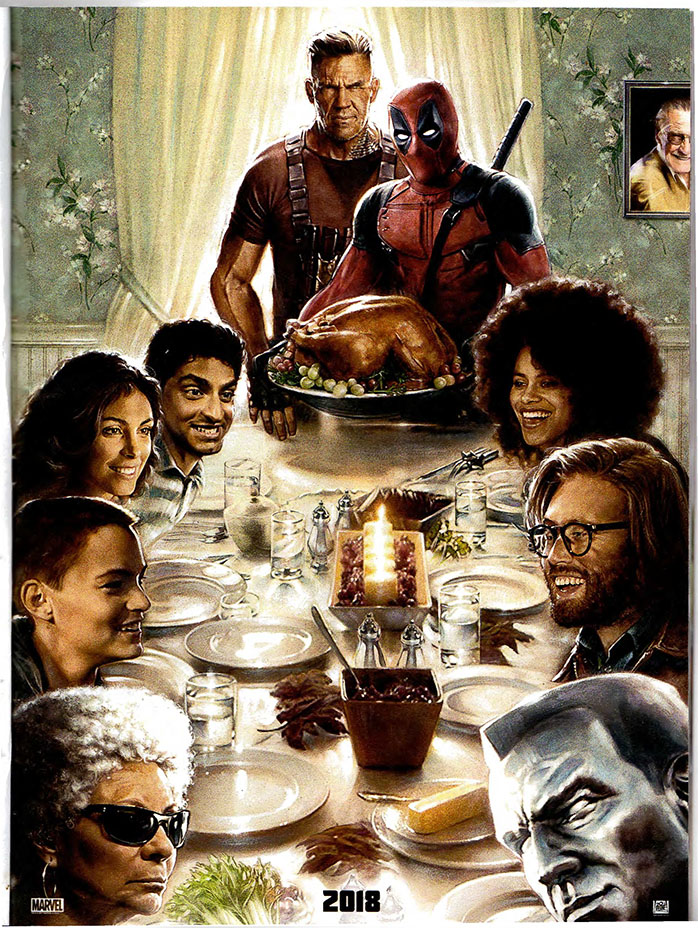 Deadpool Creator Rob Liefeld Is Having a Better Day Than You