Perhaps no one is more excited for the Wednesday’s first footage of Deadpool 2 than the person who started it all.

“He is taking performance art to another level,” says Liefeld, who is so amped for the footage that he rushed out this morning buy a 4K copy of Deadpool 2 director David Leitch’s previous film, Atomic Blonde.

'Deadpool 2' Delivered Something Completely Out of Left Field

The teaser included a look at Negasonic Teenage Warhead (Brianna Hildebrand), revealing the character is progressing in her X-Men career (and has more hair) after the 2016 film, when she was trainee to the metal-plated mutant Colossus (Stefan Kapicic).

“She’s progressing, as you can see. She is not my trainee anymore,” says Kapicic. “She definitely has approached the new level of X-Men as you can see. Even the haircut, all of the characters … the good thing is we have upgraded on so many levels.”

Liefeld has created his own artwork (below) inspired by the teaser, and recalls that visiting the set of the film was emotional, as it brought him back to his younger days as a “desperate young artist.” 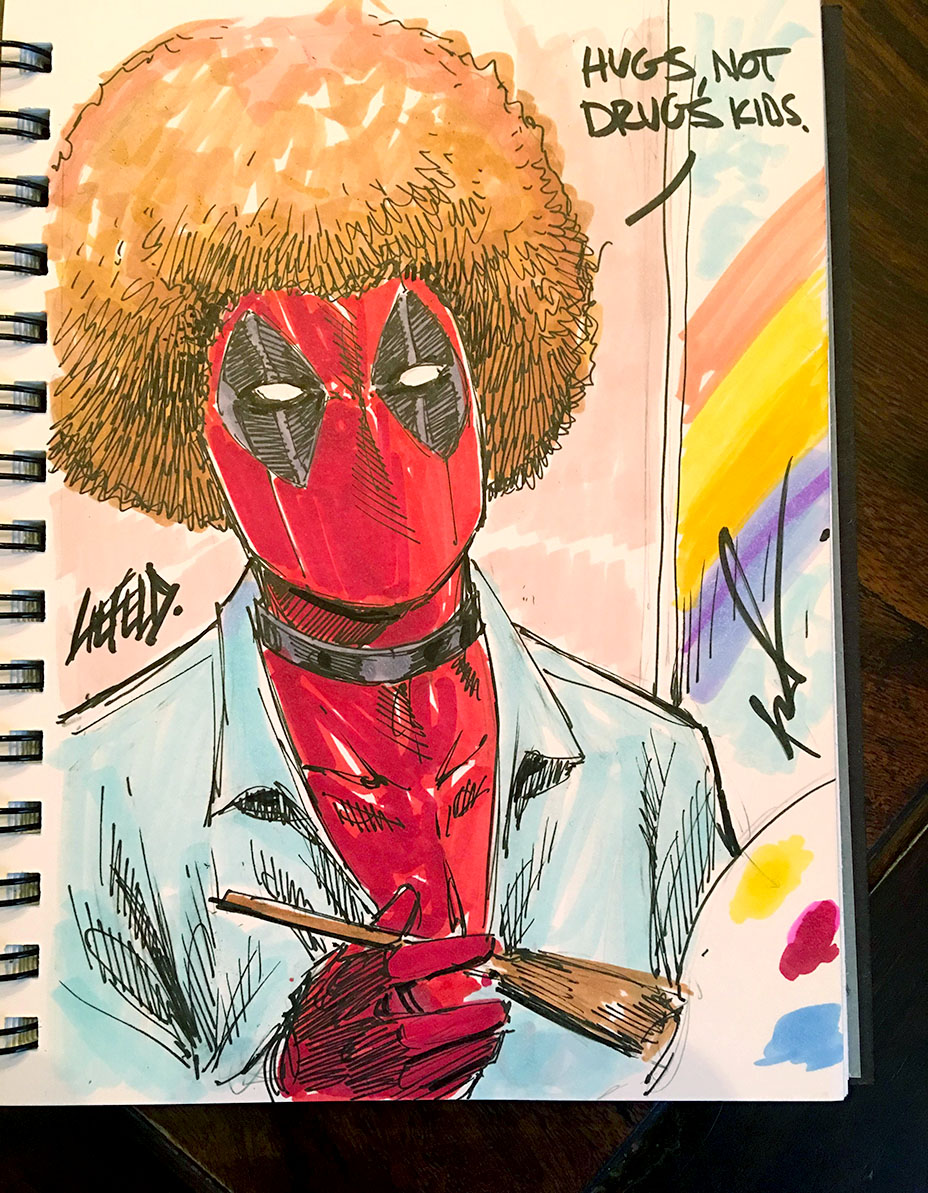 “I was trying to make my way. Spider-Man and Wolverine were not at my disposal. So I threw Cable and Deadpool and Domino into the mix and history rewarded me. So when you are on set and you are seeing these characters in flesh and blood, I’m not going to lie, I was feeling verklempt.”

Josh Brolin (Cable) and Zazie Beetz (Domino) are newcomers to the franchise this time around.

The original Deadpool publicity campaign earned a lot of praise, and now things are really kicking into gear for Deadpool 2 following last week’s reveal of the Merc with the Mouth on the cover of Good Housekeeping magazine.

“Deadpool is one of those angels that brings us laughs and joy and happiness with the marketing of the movies,” says Kapicic. “This is what we need in the world we are living in right now. It’s much more than just a trailer. It’s a breath of fresh air and happiness that we are longing for.”

'Deadpool 2' Teaser Shows Off Another Side of the Marvel Mutant