The sight of Zazie Beetz as Domino on Monday morning was a sign that the antihero could play a larger role in the follow-up to Ryan Reynolds’ superhero comedy Deadpool than originally believed.

To be fair, Beetz looks great as the mutant mercenary, in a costume that might not be entirely true to the character’s comic book visual. She has, traditionally, worn an outfit that covers everything but her head, but the facial markings here mirror, and invert, the comic book visual of the character co-created by Deadpool‘s Rob Liefeld.

Beetz’s Domino looks easily as fierce as the source material as she lies on a rug made out of Deadpool, and the fact that she’s taking it easy on top of him might be significant: Does it potentially suggest some kind of conflict between the two? (The cartoonishness of Deadpool’s pose under Domino brings to mind a Wile E. Coyote/Road Runner dynamic, although that might just be me.) If that is the case, that wouldn’t be outside of the comic book canon version of their relationship, with both characters’ loyalties depending as much on their client base as any personal beliefs.

That’s more true for Deadpool than Domino, admittedly; whereas the mercenary nature of the former character’s comic book incarnation extends so far as his tagline — “the Merc with the Mouth” — the latter has, more often than not, been on the side of the good guys, and, even moreso, been by the side of Cable. A longtime member of the time-traveling antihero’s supporting cast, she has fought alongside him as part of his own mercenary group the Six Pack, as well as multiple incarnations of X-Force. Beyond her association with Cable, she’s worked with the X-Men, S.H.I.E.L.D. and other comic book organizations throughout the year, underscoring her comic book status as team player, rather than leading lady. 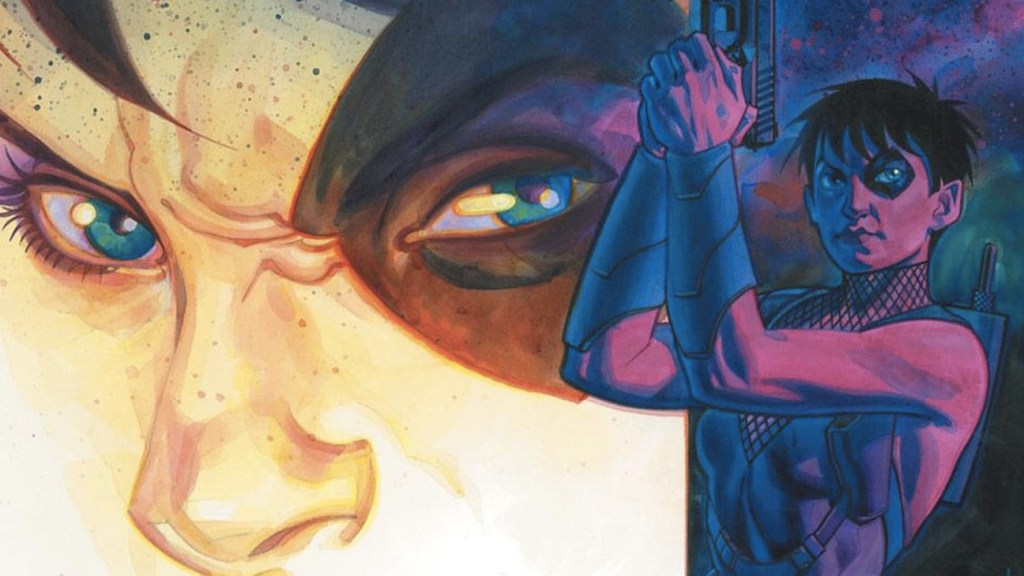 If that seems harsh, it’s worth pointing out that Domino duplicates elements of other, more beloved, comic book characters. She’s essentially a remodel of Black Widow with some Wolverine narrative DNA (she, too, is the result of a secret government program to create the ultimate weapon) and the “good luck” powers of an earlier Marvel character, Longshot. Domino has yet to be given a distinctive story of her own with which to break out and prove her own worth.

That’s not to say that she’s never had her own comic book; in fact, she’s had two since her 1991 debut in The New Mutants No. 98, with a three-issue series in 1997 and a four-issue series in 2003. (The artist on the second series was Brian Stelfreeze, currently working on Black Panther with Ta-Nehisi Coates.)

For the most part, however, Domino’s comic book adventures have been restrained to the X-Force titles, with occasional guest appearances in other comics across the decades — although, with a movie appearance in the offing, that might be about to change. And, perhaps, given the increased profile (and, just maybe, a new attitude courtesy of Deadpool 2‘s screenwriters), Domino might be about to have her time in the spotlight.

If her luck holds, of course.