Who knew that Deadpool 2 might make audiences get misty-eyed?

Thanks to screenwriters Rhett Reese, Paul Wernick and Ryan Reynolds, the latest installment has what fans loved about the 2016 original — raunchy jokes, lots of comic book references and crazy actions — but it also has a surprising amount of heart. Deadpool’s (Reynolds) relationship with girlfriend Vanessa (Morena Baccarin) provides a surprisingly deep touchstone for the story, as does his quest to stop the time-traveling mutant Cable (Josh Brolin) from killing a young mutant named Russell (Julian Dennison).

The journey to Deadpool 2 has been a long one. Reese and Wernick first penned a Deadpool script draft back in 2009, with little hope that the film would get made. After years of toiling away on their passion project, Deadpool opened in 2016 and became the biggest X-Men movie of all time with $783.1 million worldwide. It earned the pair a WGA nomination and the film got a slew of other nominations as well. In Deadpool 2, the stakes are bigger, but so are the rewards. The film has bested the original in terms of reviews, and it is also projected to have a bigger opening weekend than the original, which set the record for the top R-rated opening ever.

In a conversation with Heat Vision, Reese and Wernick look at the story they wanted to tell this time around, and why — despite Reynolds’ suggestions to the contrary — Deadpool 3 (or perhaps Deadpool 4?) are in the Merc With a Mouth’s future.

We see a lot of Deadpool without the mask in this movie, and see more of his humanity. Is that something you wanted, to be able to show Ryan’s scarred face more in this movie?

Paul Wernick: In the first movie, it evened out to about a third, a third a third. A third in the mask, a third without [the mask] — pre-Deadool, so beautiful Ryan Reynolds — and a third in the scarred makeup. In this one, it was about a half-half ratio. Our feeling was in those very personal scenes, in those scenes where we really needed him to emote, he’s got to have the mask off. It’s always a challenge, because that makeup he gets on is treacherous and time consuming and really uncomfortable, so Ryan’s instinct is usually, “Can we get him in the red mask vs. the makeup?” But we pick and chose those scenes very carefully and again, usually it’s when you really need to see his eyes and feel what’s in his heart that he’s got the mask off. Strangely, Deadpool emotes so beautifully in the mask, and that’s just a credit to Ryan’s genius. You can really feel what he feels, what the character feels, even when he’s in the mask. His eyes are white and you can’t see his facial expressions, but you really do emote with him and that’s just the brilliance of Ryan Reynolds.

Rhett Reese: He’s very physical with his body, and also they do a mo-cap with him. All of his lines they record on video, and then they animate the mask to a computer generated version of the mask essentially to match his cheekbone movement and his mouth movement and his eyes opening and closing so you do get a little more emotion out of that mask than you might otherwise if a computer weren’t animating it.

There’s no Stan Lee cameo this time around. Did you consider one?

Wernick: I think there’s a painting of Stan in the [X-]Mansion, is there not Rhett?

Reese: I think there was a bust of a statue that gets knocked over, was that his head?

Reese: I don’t know if you can make it out … He had just had cameo’d for is in the short that we did where Deadpool is in a telephone booth … So Stan did cameo for us in that. I’m not sure why it didn’t work out this time. But we did try to at least make a nod to him. I know his face is in there somewhere. 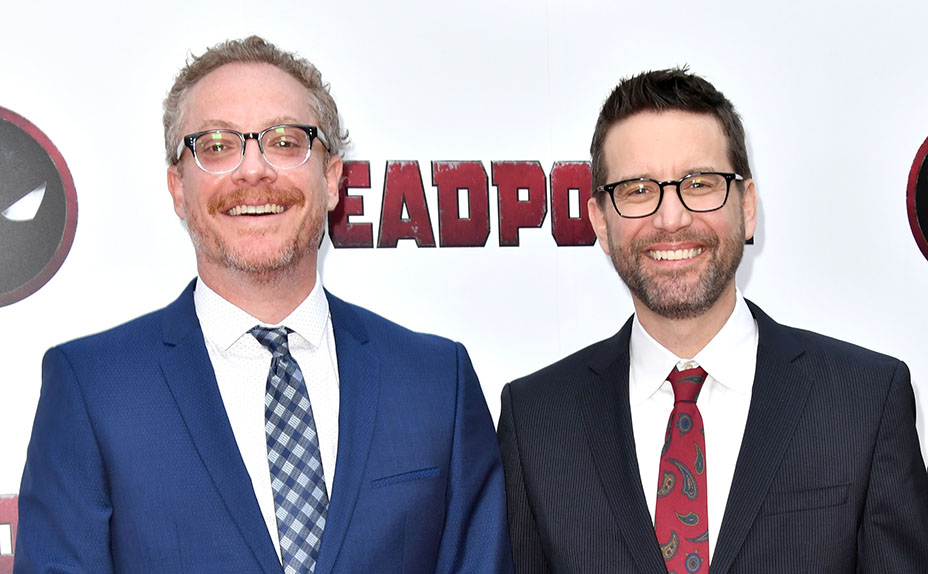 Ryan Reynolds has said he isn’t sure about Deadpool 3 — that he wants to focus on the upcoming Drew Goddard teamup movie X-Force. Creatively, is there more left to do in a Deadpool solo movie, or would you just want to see the character in more of a teamup scenario?

Wernick: Calendar-wise, X-Force is next up in line. Drew is finishing up his movie [Bad Times at the El Royale]. Come the fall, I think he’ll turn his attention full-time to X-Force and so that’s next up in the series. I do think we are always thinking about Deadpool. It will be nice to take a little bit of a break. We’ve been writing consecutive Deadpool drafts for the last nine years. And we’ve got drafts since 2009 in our computer all the way through to 2018. So, it will be nice to kind of catch our breath. My guess is you will see Deadpool again in his own movie. Whether we skip Deadpool 3 and just go to Deadpool 4, I’m not sure. But my guess is you will be seeing much more of Deadpool in the future in various forms and fashions.

Ryan got a writer’s credit on this one. What was the process for working on him this time around?

Reese: In the first movie, he helped us figure out the story. We figured out it together. We went off and wrote the script and he came in and helped with ad-libs and changing it and giving us notes and things like that. This time out, he joined us from the get-go and we broke it together and wrote it together. We ended up splitting the scenes up three different ways and sending them back and forth to each other via email and rewriting each other and kind of punching up each other’s stuff and we ended up with a draft that really sounds like it’s one voice, because I think we tend to know each other’s sense of humor really well at this point and we all have Deadpool living inside of us a little bit. Ryan more than anybody, but Paul and I as well. And so it was very much a team effort, but it was a team that wasn’t hastily thrown together. It was a team that’s been together for nine years basically. And so we had a real shorthand and a real ability to move quickly and efficiently through a script with three different brains on it. Which was exciting and Ryan is a brilliant writer and very, very much deserves this credit, and I think this will be the beginning of what is hopefully a nascent but long writing career for him.

Check back on Monday for a more from Reese and Wernick, as they delve into spoilers from Deadpool 2.

How Colossus Became a Secret Weapon of 'Deadpool 2'