It should come as no surprise that speaking to Rob Liefeld, the man who co-created the fast-talking super-antihero Deadpool, is much like what one would expect a conversation with his creation would be like.

Liefeld, similarly to his comic counterpart, is a quick-witted, sardonically charming individual who can fit more words into one brief exchange than even the most verbose orator that addressed a crowd. The comic book creator caught up with Heat Vision ahead of the release of his character’s first-ever original graphic novel since his introduction in 1991 and shared his thoughts on Josh Brolin’s Cable casting and how “he’s never too far away from my buddy Deadpool.”

“I thought it was a really cool idea,” said Liefeld of Marvel’s initial pitch for him to illustrate the original graphic novel Deadpool: Bad Blood. “So, I thought if we were going to do that, it should be something really special.” 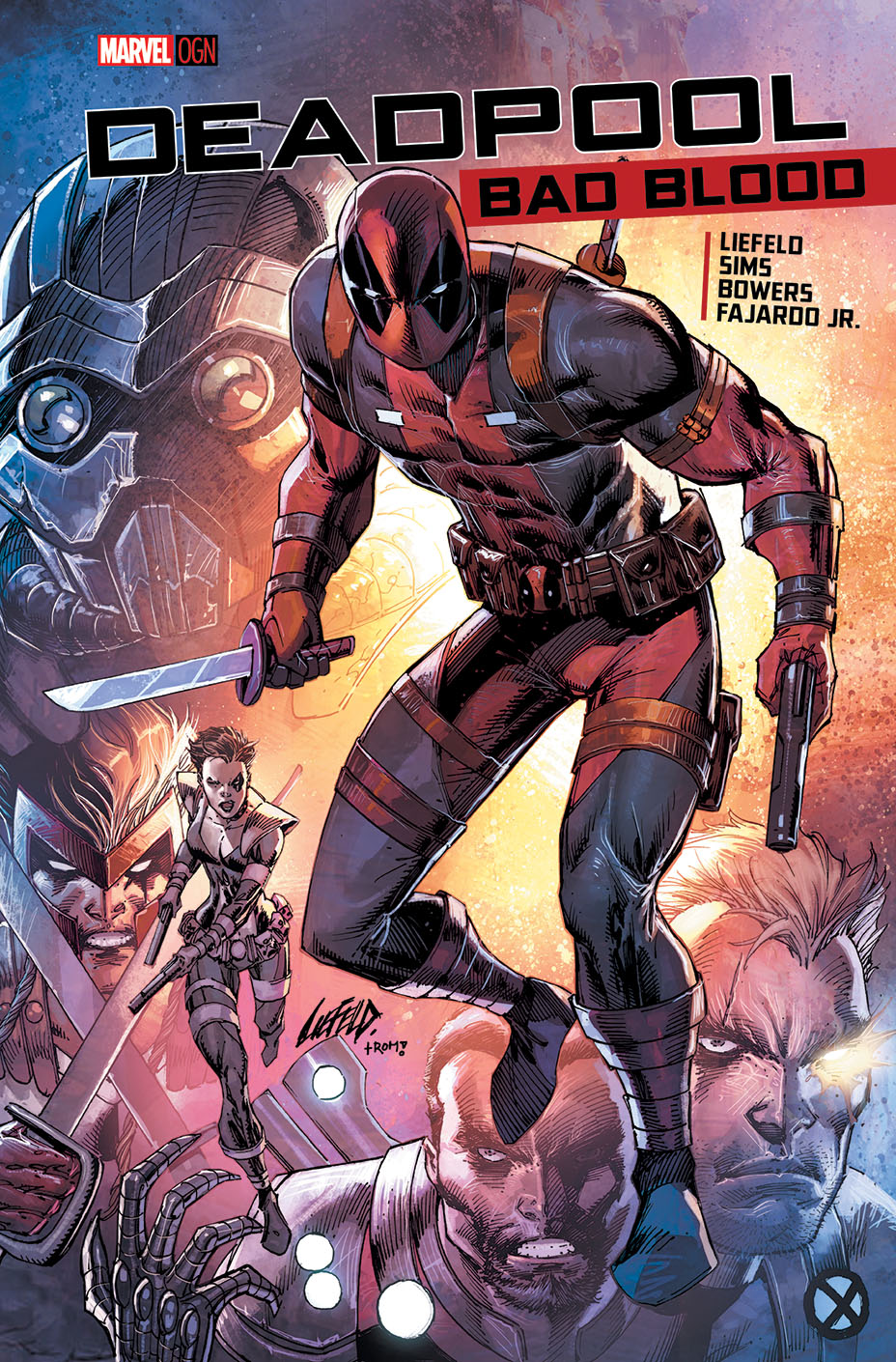 Luckily, the veteran comic book artist/writer had just such a story in mind. “I had this idea for like a decade about telling this story about a figure from Deadpool’s past, very far in his past, like middle school. A kid who knew Wade Wilson,” recalled Liefeld. “I wanted to make sure he’s consistent with how he’s been portrayed in the past, and even though I have almost every Deadpool comic and I’ve read a ton of them, [I asked Marvel to] give me reference on what Wade looked like in middle school so I can keep it consistent. They said, ‘Yeah, that doesn’t exist. You’re doing it for the first time.’ I was like, ‘Score! Awesome!’ ”

Liefeld then found himself tackling one of Deadpool’s biggest issues: who would be the villain. “The next hurdle was the bad guy, or maybe our tragic figure of the story, and [Marvel] said they loved these designs, but asked about his name. I always had a name, but I was afraid to say it. When I was a kid my parents took me to the drive-in to see Bambi. The name Thumper is synonymous with the most adorable rabbit ever to appear in film. I think we can say that — take that Bugs Bunny! So, I’m sitting there, terrified to say the name, because I don’t have a backup. It took me forever and I said, ‘His name is Thumper. Is that going to be a problem?’ Twenty-four hours later, I hear back, ‘Rob, that name is wonderful!’ So, let’s hear it for that Marvel/Disney synergy!”

The name not only harkens back to Liefeld’s own childhood filmgoing experiences, but also is an apt moniker for a character who, in Liefeld’s own words, “beats Deadpool into the pavement.” “It’s better than ‘Strong Guy,’ ” Liefeld quips. 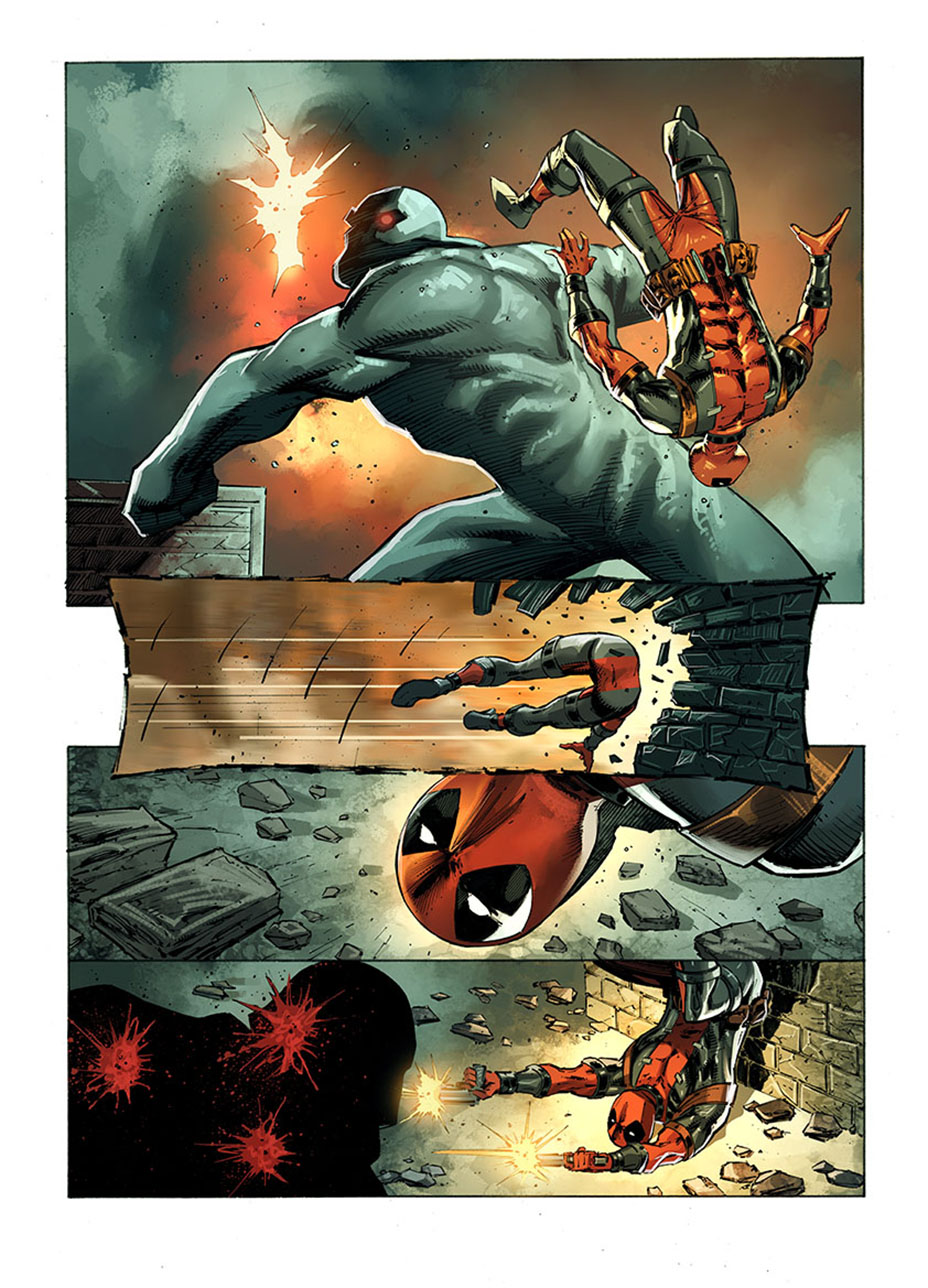 As far as Wade Wilson’s own alter-ego is concerned, Liefeld credits his mother yet again for the inspiration behind the name. “When my parents and I would huddle around the television in the ‘70s, and the newscast would come on and say tonight so-and-so died, my mom would go, ‘Oh, there’s two more coming. People die in threes.’ She would call it the ‘dead pool,’ ” he recounted. The name stuck in his memory for years. “I thought it would be a kickass name for a mercenary.”

Eventually, Liefeld got the chance to finally mine that inspiration for creative ore, attaching the sobriquet to a character he pitched to Marvel as “Spider-Man with guns and swords.”

Twenty-five years later, after multiple appearances in video games, comics, TV cameos and one infamously ill-fated prior film appearance, Liefeld’s “merc with a mouth” finally starred in his own movie. The film went on to become a massive box office success, but Liefeld is still a bit miffed the film took so long to get the studio green light. “Just hit the Deadpool button,” he recalls of the years waiting for the film to get an official production announcement. “He’s actually quite popular. This is not a risk!” 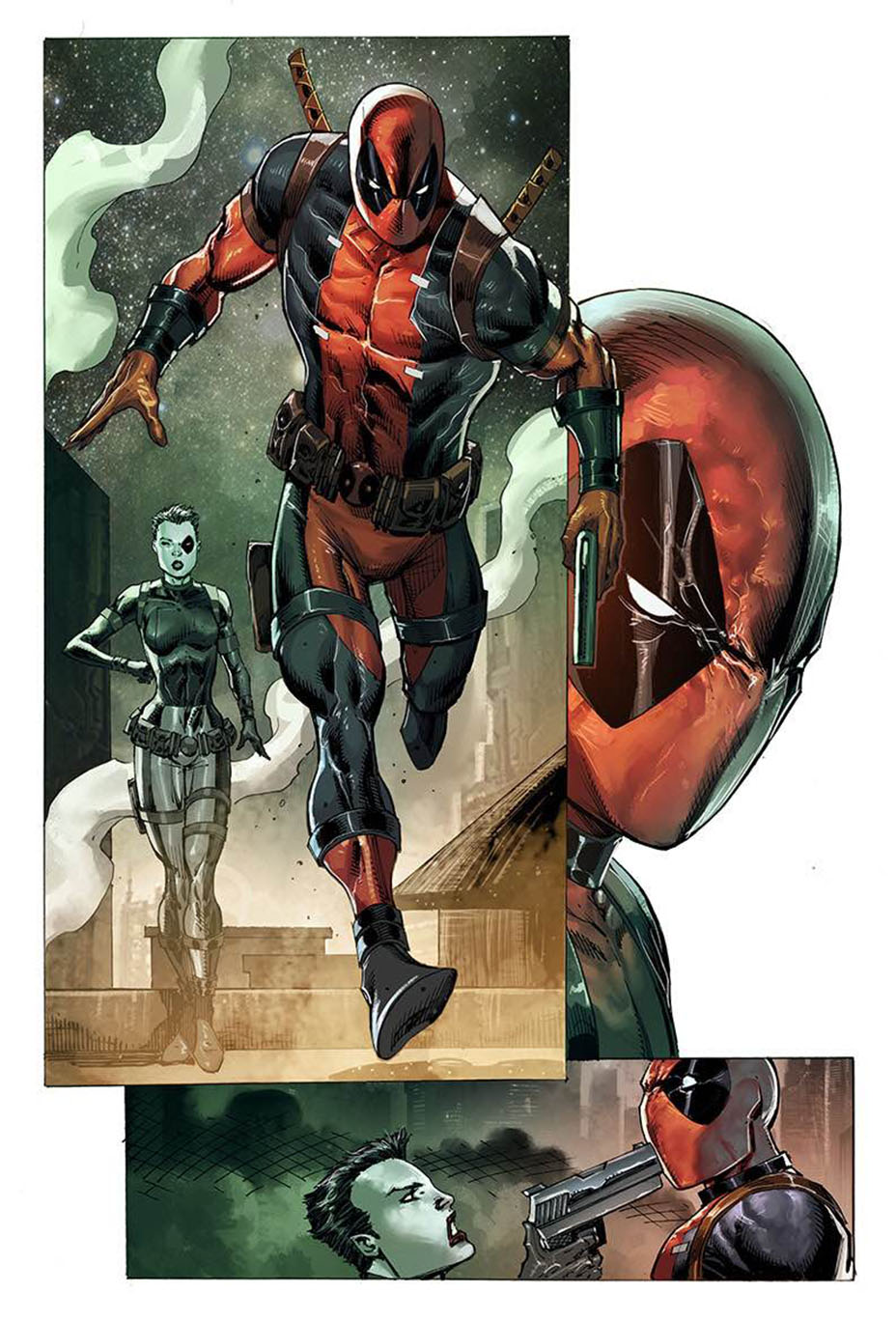 Star Ryan Reynolds eventually got the film off the ground, along with director Tim Miller, and quickly cemented himself in the role of Wade Wilson. No one is a bigger proponent of the casting than the man who dreamed up the character two decades earlier.

“If you spend 90 seconds with Ryan Reynolds, you know he’s Deadpool,” said Liefeld. “There is no one else on the planet that has any business being that character, ever.”

As for the recently announced casting of Josh Brolin as Deadpool’s grim-faced musclebound counterpart, Cable (another of Liefeld’s creations), for the upcoming film sequel, the artist couldn’t be more pleased — not only with Brolin’s casting, but with the circus that surrounded the weeks prior to his announcement in the role. “Josh Brolin is a home run any way you cut it,” said Liefeld. “I have never seen a casting derby like the derby there was for Cable. That was like every race I’d ever seen combined into one. Everybody who was 38-65 made sure they put their name in there, and you have no idea some of the names that you didn’t hear!”

Liefeld was so taken with the announcement of Brolin in the role that he shared a sketch of the iconic actor in Cable regalia on his Instagram.

Despite the excitement, Liefeld did admit some trepidation during the casting process. “Did I sweat that the wrong guy would get cast? Yes, 100 percent. That kept me up at night, but the planets aligned, everything worked out and I love seeing these videos of Josh pumping those guns.”