Continue to The Hollywood Reporter SKIP AD
You will be redirected back to your article in seconds
Skip to main content
March 23, 2018 9:53am
Logo text

Thursday’s trailer for Deadpool 2 promises the film will double down on the humor and action that made the first installment such a hit. Fox’s marketing is offering audiences more of what they want with this trailer’s red-band antics and tongue-in-cheek references, and while that could be read as an offering of more of the same, Deadpool 2’s trailer hints at a deeper dive into the X-film universe than we’ve been on before.

Fox’s X-franchise, which launched in 2000 with Bryan Singer’s X-Men, has the distinction of being the longest-running U.S. superhero franchise to exist without a reboot, though the films have played fast and loose with continuity, a factor that Deadpool poked fun at in his debut film. (2011’s X-Men: First Class, while conceived as a reboot, technically no longer seems like one, given that the younger cast made a crossover film, 2014’s Days of Future Past, with Bryan Singer’s original team.)  While the X-franchise has largely remained relatively grounded, helped, or in some cases hampered, by the decision to frame the initial films as science fiction rather than superhero films, Deadpool leans into its comic book roots, with the sequel looking to go the extra step. Ryan Reynolds’ Deadpool (aka Wade Wilson), finds himself protecting a child from time-traveler Cable (Josh Brolin), while speaking about his capabilities to do the right thing. The satirical lens through which Deadpool operates is clearly focused through the modern superhero films that stood apart from the X-Men franchise as we once knew it, giving the films an opportunity to explore this world with a tone and style that hasn’t been seen before. Garish costumes, time travel, and a busload full of the oddest of mankind’s most feared and hated mutants, the trailer for Deadpool 2 doesn’t pull any punches. This shouldn’t come as much of a surprise given the film’s director.

While the first film’s director, Tim Miller, left the sequel before production started, David Leitch looks to maintain the style of the first film, albeit with slightly more neon and seemingly more ambitious action sequences. Fans of Leitch’s prior films, John Wick (which he co-directed with Chad Stahelski) and Atomic Blonde, can attest that the filmmaker certainly knows how to deliver stunningly choreographed sequences of bloodshed and bruises, which we get just a taste of in the trailer. After catching up with a couple of returning characters, Dopinder (Karan Soni) and Vanessa (Morena Baccarin), the trailer delivers its first major beat. In what appears to be an underground facility, we see Deadpool face off against the time-traveling mutant Cable, and things do not go well for our man Wade as Leitch showcases his knack for hand-to-hand combat.

Brolin’s Cable has his sights set on a kid played by Julian Dennison, who broke out in Taika Waititi’s Hunt for the Wilderpeople (2016). While we don’t get much in terms of hints as to the identity of Dennison’s character, if he is in fact a character from the comics, we do see his hands glowing later in the trailer, and the Mutant Inhibitor Collar around his neck suggests he’s a powerful mutant. If Cable is on his trail, we’re willing to bet that he’s the cause of the post-apocalyptic future Cable hails from. While Cable’s comic history is awfully complicated, fans of X-Men: The Animated Series may remember the season 2 two-parter “Time Fugitives,” which saw Cable travel back in time to ensure the future of mutants by stopping a plague that would cause their extinction, leading him into conflict with occasional partner Bishop and nemesis Apocalypse. The 2010 Uncanny X-Force comic series by Rick Remender featured a team that included Deadpool, though not Cable, tasked with killing Apocalypse, who had been reincarnated as a child. Given how casual the X-films are about continuity, it’s possible that Dennison is playing a young, reincarnated version of Apocalypse, despite the character having gotten the spotlight in X-Men: Apocalypse where he was portrayed by Oscar Isaac. 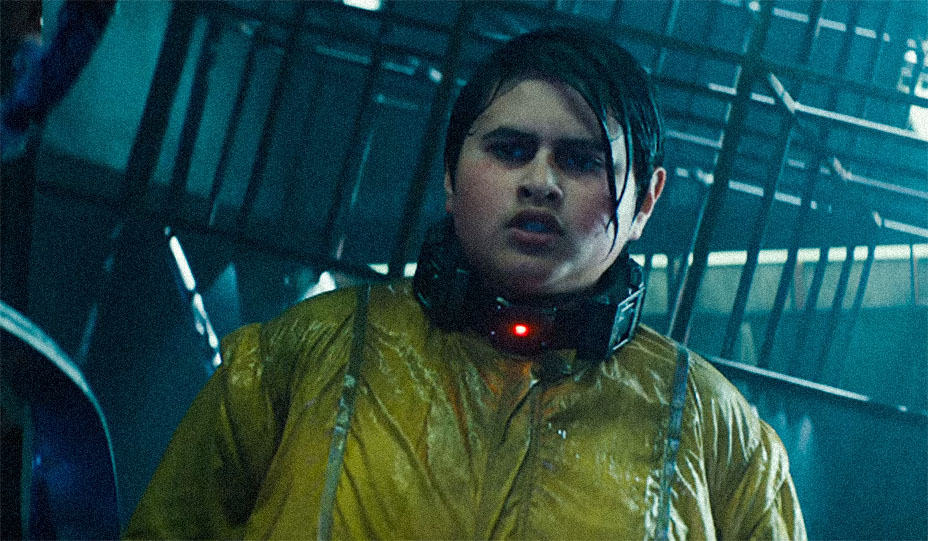 And speaking of X-Force, the team constitutes as the trailer’s biggest reveal. While teased in the previous trailer, here we see the full lineup of characters also created by and made popular by Deadpool creators Rob Liefeld and Fabian Nicieza. Set for a feature film of their own, it comes of a bit of a surprise how prominent a role they seem to play in the events of Deadpool 2. The X-Force, who were originally led by Cable in the comics as a militant offshoot of the X-Men, seem like they may not be working with Cable from the onset as he seems to be working solo. Deadpool was originally created as an antagonist of the X-Force, and didn’t officially become a member until decades later with a new iteration of the team and a new costume — a monochrome number that’s teased in the trailer.

The trailer suggests that Cable and Deadpool’s roles have been reversed. Deadpool’s position with the X-Force in the trailer, even going as far to give the team its name, may mean he’ll be partnering up with them pretty early. In the film, the X-Force’s most prominently featured member is Domino (Zazie Beetz) a mutant with the ability to manipulate luck and frequent partner of Cable, though the film may find them on opposing sides initially. She’s joined by Bedlam (Terry Crews), who can disrupt electrical fields; and blink and you’ll miss them, Shatterstar and Zeitgeist, whose casting has yet to be confirmed but eagle-eyed viewers can make out Lewis Tan and Bill Skarsgard in the respective roles. 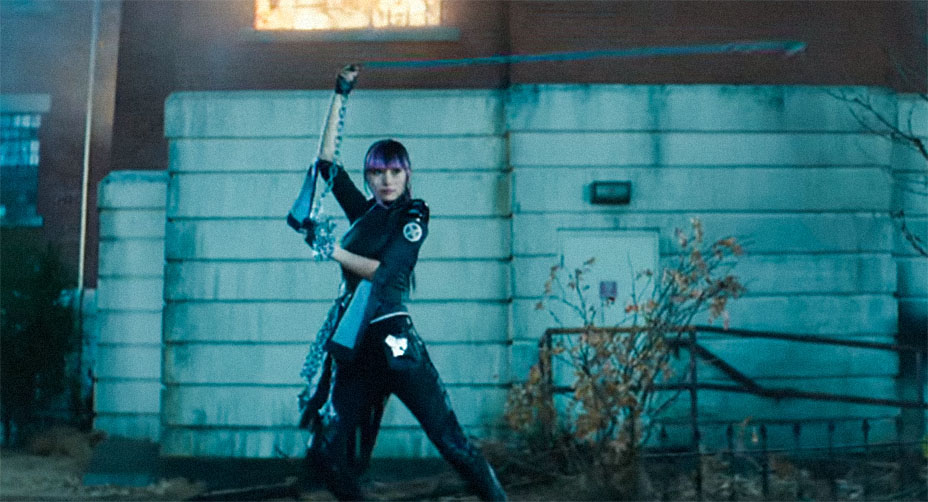 The X-Force isn’t the only mutant team Deadpool will partner up with. Negasonic Teenage Warhead (Brianna Hildebrand) and Colossus (Stefan Kapicic) return as members of the X-Men. This time they’ve brought along a new member, played by Shioli Kutsuna, whose electricity powers suggest she’s playing New Mutant character Surge. And while we don’t see the famous mutant leader, we do get a glimpse of Deadpool going for a spin in Professor X’s chair, which may be the image that perfectly sums up Deadpool’s effect on the X-Universe.

Despite the Deadpool 2 trailer being the lengthiest look we’ve gotten of the film so far, while also introducing plenty of new faces, the trailer relies on keeping things close to the vest. There are surely still plenty of surprises in store that will be saved for the film’s release on May 18th, and given how the character has managed to stay part of the zeitgeist over the past couple years, don’t call it a comeback. If this trailer is indication enough, Deadpool 2 paves the way for a much wilder and weirder journey through Fox’s X-Universe, for as long as it still manages to exist.

A Deep Dive Into the 'Deadpool 2' Trailer