Netflix’s Death Note aims to do what has been nearly impossible for Hollywood to date: translate a beloved manga and anime property into a live-action movie.

Death Note, first introduced to the world a as a manga by Tsugumi Ohba and illustrated by Takeshi Obata, centers on high school teen Light Turner (Nat Wolff), who finds a supernatural book that allows its owner to kill simply by writing down a person’s name. Along with girlfriend Mia Sutton (Margaret Qualley), they create the identity Kira to start a war on crime and reshape the world, even as the brilliant detective L (Lakeith Stanfield) seeks to track them down. Meanwhile, a death god Ryuk (Willem Dafoe) may or may not be helping the pair on their quest.

'Death Note' Is What Happens When Filmmakers Don't See Race

On paper, Death Note has all the makings of a movie franchise — after all, it was successfully adapted into a sprawling (and acclaimed) anime — and director Adam Wingard says two or three movies was the goal when he pitched it to Netflix.

“At the end of the day, there are a lot of places to explore where to take Light. And ultimately the series is sort of about almost his downfall as a character. This is sort of the beginning of it or the origin of it,” he tells Heat Vision. “There are definitely lots of places to go, and we know generally where we would take it. Hopefully people will watch it and Netflix will order a sequel. They definitely are ready to. They just need people to watch it.”

Hollywood has a troubled history with live-action anime and manga adaptations. Even those that have developed a cult following, like 2008’s Speed Racer, have been rejected by the moviegoing public at large and none have launched the franchises studios have hoped. With Death Note, Wingard tried to be the exception to the rule and avoid some of pitfalls that ensnared other adaptations.

“Things like Speed Racer, for instance, they are really trying to bring an anime to the screen,” says Wingard, who adds he’s a fan of the Speed Racer movie. “What I wanted to do was adapt it in a way like you would a novel — as though you’d never seen anything from it. I didn’t want it to feel cartoony.”

The end result is a violent and stylish film, complete with an ‘80s-heavy soundtrack. While Death Note has so far struggled with critics and been hit with accusations of whitewashing, fans are just now getting a chance to weigh in, as the movie hits Netflix Friday.

In a conversation with Heat Vision, Wingard also looks at his next project, 2020’s Godzilla vs. Kong and responds to those whitewashing accusations and concerns about moving Death Note from Japan to Seattle.

The film has an ending that is not something fans familiar with the anime will know. It feels complete in a lot of ways, but what are your thoughts on continuing the franchise?

We kept it open as a sequel.  When I went to Netflix initially, I pitched it as at least a two-film series, maybe three, knowing this was the origin story. We definitely designed the film so it plays a closed loop. Sequels are never guaranteed. They have to be earned. On some level, I really love that the movie ends with all the characters damaged. It’s such an unconventional ending for any kind of comic book film, and I really like that.

Speaking of Light’s downfall, one thing that’s interesting to me is starting out, he seems more sympathetic than in the anime, which is the version I’m familiar with.

I saw his trajectory of being sort of an Anakin Skywalker type of thing that progresses over the course of a couple of movies. Ultimately, what we did was, the original Light character from the source material is in this film. What’s happened is it’s kind of been split into the two characters. Light and Mia in this case make up the whole character. It’s really not just one or the other. In some ways, Mia is almost more like Light from the anime. That was always a conscious choice, because this film was a coupling of those two to give birth — literally — to Kira and to watch that thing unfold and to see how that can go kind of wrong, too. Ultimately at the heart of this film, it’s really a tragic teenage romance, or at least that what it became. 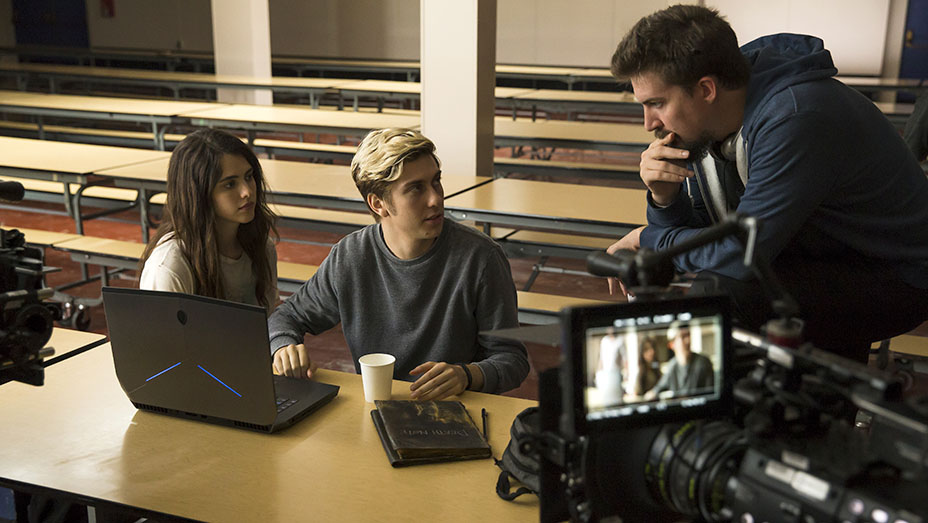 Mia is more of an active, savvy character in this version than in the source material. Was that key to making the script work?

I think that’s one of the things I brought to it as a director. Her character was always in the script. It was a different name before. She was much more of a peripheral girlfriend character Light used the note to impress. I felt like it needed something more. There was a real opening for this.

You actually have notes from other people who have apparently owned the Death Note in this version. They say things like “Don’t trust Ryuk.” That was an innovation for the movie not in the source material, wasn’t it?

We wanted to give the book a history. We wanted to almost imply that it’s really been around since even pre-history, actually. There’s all kinds of different languages within the book. It’s really cool if you’re able to flip through it, and you can see it very quickly in the film, but there’s French, there’s German writing. … The Death Note itself is so extensive that if you turned it to the back of the Death Note, there’s actually Japanese and Korean and Chinese writing in the back that goes in reverse. They really went all out. Something like that is an art department’s dream. I’ve been working with the same production designer for a couple of years, Tom Hammock, so they were automatically like, “the movie is named after a prop.” So they took that very seriously and really wanted to give the whole thing a carved out history.

People have been upset about moving the setting from Japan to Seattle and not casting Asian leads. You’ve likened it to The Departed‘s take on Infernal Affairs, the Hong Kong movie from which it was based. How do you handle negative feedback, and how much is it on your mind?

You have to take all those things seriously, because ultimately what we are talking about are progressive things. We’re talking about diversity in casting. None of these things are bad things to bring up or to debate. At the end of the day, we are doing something different from the source material. That was the whole point. The creators [of Death Note], they are in on this whole thing. They love the direction we took with it. It really was about re-exploring it in a new context. Movies like The Departed, they are doing something very similar. They are taking a Hong Kong movie and they are putting it in the United States … You are not overlaying this over the original Japanese versions of Death Note. Those exist and those are very faithful adaptations of the source material. It is a little surprising to see there was so much resistance to that. At the same time, you get it. … I think when people see the film, they really understand direction they took with it, we put it in a new time and a place and it’s a new thing. These characters are very different. The approach to them is different, so anything is possible in that context.

Next up you have Kong vs. Godzilla, which is as big as it gets. What can people who like your smaller scale projects except for you to bring to this one?

It’s still very early to say. I can definitely say there’s going to be a lot of neon in that film. That’s pretty safe. I’m hoping to do something really fun to the soundtrack to it, too. I think the funnest thing about doing a movie about these very iconic monster characters is to really just take them seriously. I’m always playing with genre tropes and those kind of things. One of the best things you can do within the context of something that’s so over the top, you don’t get bigger and more stylized than a movie about giant monsters. Especially a movie about giant monsters specifically fighting each other. How do you reel that in? I think one of the secrets to it is going to be to bring some true emotion to it. I want people to be crying at the end of the movie, so we’ll see. But it’s going to be cool. 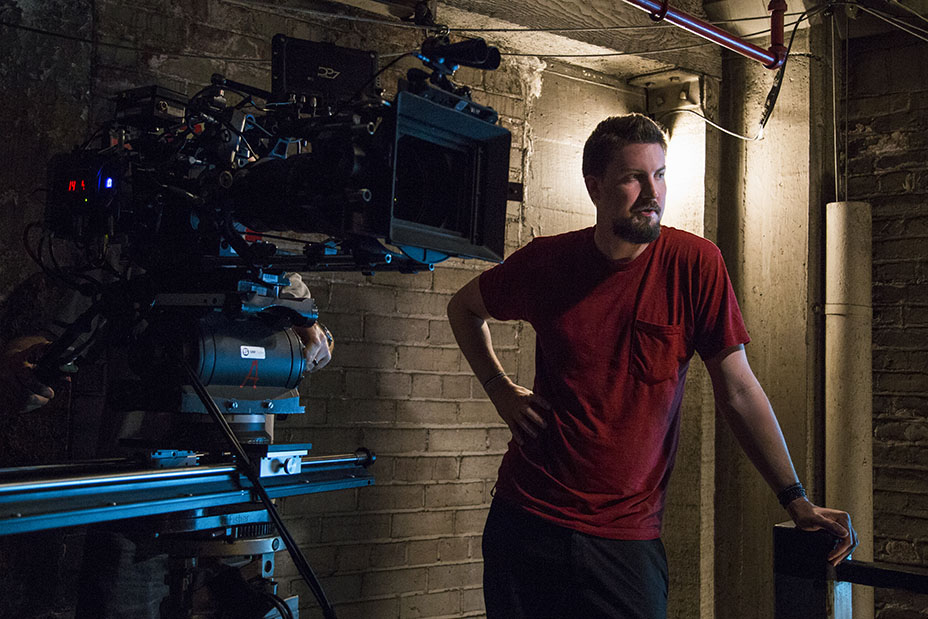