Destiny 2, the follow-up to 2014’s hit first-person shooter/RPG hybrid from Bungie and Activision, is almost here. And now the first television spot for the upcoming AAA title has been released — and it’s helmed by a familiar Hollywood name.

Jordan Vogt-Roberts, whose Kong: Skull Island was a critical and commercial success this spring, has delivered a promo that captures the humor, aesthetic and action of the futuristic shooter.

Vogt-Roberts caught up with Heat Vision to discuss the challenges of translating a vast world of rendered characters and environments to live-action, shooting in his native Detroit and his personal love of video games. He also offered up a bit of insight into his future video-game-related project, a film based on long-running stealth game franchise Metal Gear Solid.

This trailer was a lot funnier than I expected.

I’m actually curious how people will react. We had such a weird task of simultaneously trying to have humor and really expose people who might not know about Destiny to broaden the audience. But also, for me, it’s such an important thing to protect your core and be respectful to the people who made the first game such a success. So, the spot is trying to walk a lot of lines. I’m curious to see how that humor will translate with people.

One of the challenges of working on something like this is finding that balance between fans of the franchise and newcomers.

For me as a gamer, and the world is changing so much, but I just remember so vividly when I was younger marketing campaigns hadn’t figured out how to be respectful and loving to the actual people playing games in their basements before gaming was cool. Now, I think people like Activision and Sony are getting much smarter, and they should be rewarded a bit for actually giving a shit about real gamers, people who made Destiny a success, logged in hundreds and hundreds of hours.

You’re not the first Hollywood director to do a spot for a AAA video game title. Jon Favreau did a trailer for the original Destiny game. How did this opportunity come about?

Kong had finished, and I was trying to figure out how to process what the last two and a half years of my life was. I’m so proud of the collaborations with Kong, but that was a quarter of a decade, essentially, so I wasn’t looking to jump into a project right away. I was sort of looking at commercials and TV stuff. This sort of randomly came up, and I was joking, “Well, I love comedy, I love sci-fi and I love video games, so this is sort of a perfect combination.” It only got sweeter when during my pitch I said I wanted to actually shoot it in Detroit. Luckily, [Activision CEO] Eric Hirshberg is from Michigan as well and saw that and said, “All right, cool. Let’s do that.” So, the job kept getting sweeter and sweeter for me. 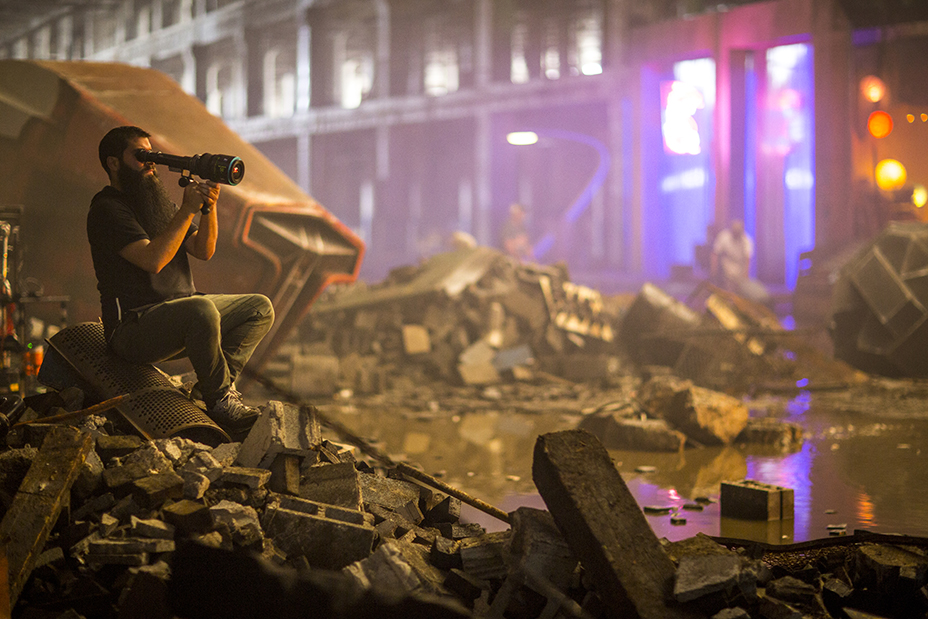 Did you have a crash course in Destiny?

I had read so much about it and had so many friends that played it that I really did read about it regularly. I’m kind of a weirdo like that; I’m obsessed with games journalism. I went up to Bungie, in Seattle, to play this new one and meet with the team up there — with Luke Smith [Destiny 2‘s game director] and the artists to sort of play around up there, sit down with them, pick their brains. It’s rare to get in the attic, in the spider webs, of somebody else’s creation. It was such a nerdy, great experience. Those guys are all such masters.

Did you pick the song “Sabotage” by the Beastie Boys for the spot?

The Beastie Boys are one of my favorite bands on the planet. It was something that I brought up to the agency about temping in [using a song as a placeholder until rights are secured] really early. And it was one of those things that you say and think that there’s no way we’re ever going to get this song. You’re waiting for the inevitable moment when the rug gets pulled out from under you and you have to change the song. I ended up writing a letter directly to the remaining two Beastie Boys just telling them how important that song is to me and how important the creative decision was between me and everyone involved, and they approved it — which is shocking. [Laughs.] It’s also funny because we were trying to figure out if a younger generation was really aware of the Beastie Boys, and one of our ad execs was texting his little brother, who’s a teenager, asking, “Do you know the Beastie Boys?” and his response was “Who?” But then he Googled the song and was like, “Oh, I love those guys!” It’s so crazy to think that we’re in a time period where that’s a classic song now!

Was Nathan Fillion (whose character Cayde-6 narrates the spot) on set for the shoot?

Nathan was not on set with us, but he was incredibly involved. I can’t say enough good things about that guy. We had a bunch of emails going back and forth and a couple calls. He actually went and recorded video of himself riffing the speech. I was able to take the video of that to the actor who did the motion capture for Cayde-6 in the game who was there on set with us in the Cayde suit. It was a really lovely collaboration between the artist who does the mo-cap and Nathan who does the voice. 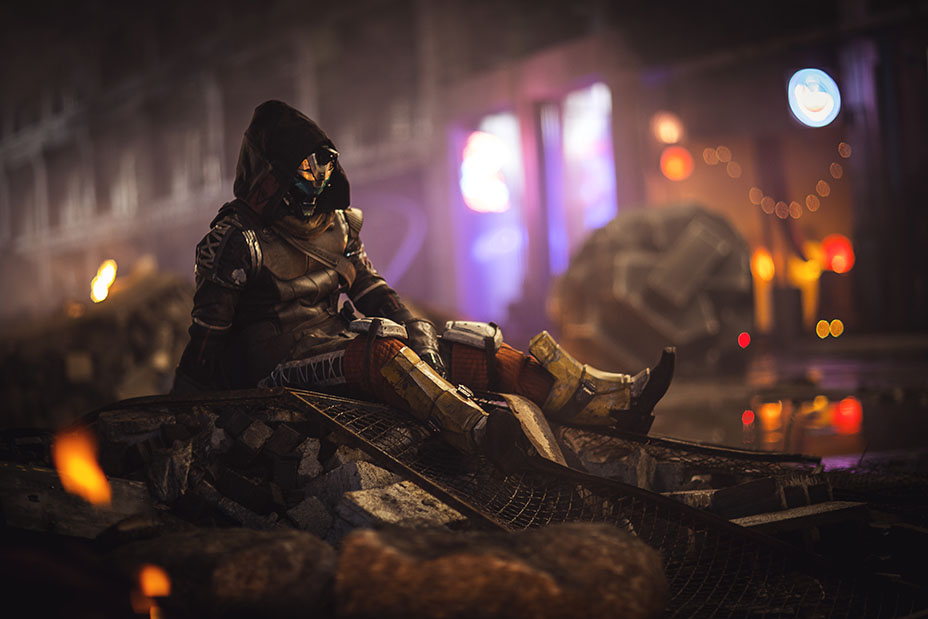 Luke Smith is a character. Did he have a lot of input into what he wanted in this spot?

No, it was a real collaboration. I really can’t say enough good things about the Bungie guys where they just give a shit. You would think since they’ve had such success and made such enormous money with their franchises that you would really expect it to be a slightly more corporate environment. But then you go up there and it’s a bunch of people who just really give a shit about what they’re doing — blood, sweat and tears and wanting to make something great not just for their audience but for them.

I was up there for a full day just doing a deep dive into the world, and for me it was just important to convey just how important games are to me and how important the fusion of gaming and films are to me. I really wanted to always have that Bungie blessing, of them vouching for the aesthetic of the world. There’s such a bold color palette and visual world to those games that a lot of video games don’t have, so it was very important to me to try to bring that to life properly.

How do you bring that style to live-action?

[Laughs.] A lot of trial and error. For me, it’s just about committing to what the games are. Destiny really does have a very bright, almost primary color palette. Instead of running away from that, I said, “Let’s lean into that.” In video games I’m just so fascinated with how you translate the vibe of a game into a film. Obviously, no one’s really done that properly. It was one more test of saying how do we commit to being true to this without being afraid of it? There were times on the set where you would look at some of these colors and go, “Wow, this is not how we’d usually do this.” We just said, “No, let’s lean into the world that Bungie and Activision have created and just go for it.” I love the idea of leaning into what games make you feel — the type of gameplay, how you translate an active experience of playing a game into a passive experience of watching something. How you re-create and elicit emotions is what’s interesting to me. This is just one smaller representation of how you make these leaps.

Did you learn anything from translating this game to live-action that you plan to use on the upcoming Metal Gear Solid film?

I think for me there is always going to be a little bit of exploration of playing with that translation of active experience to passive experience. And I think that builds into what I’m trying to achieve with Metal Gear and takes the first steps into that world of how these things can translate. Metal Gear is an infinitely tricky project, and there’s a billion ways to go wrong with that. Every little experiment is ultimately going in that reservoir of knowledge of how to protect an equally important property to people.