This week’s Pokemon: Detective Pikachu seeks to launch a new cinematic franchise based around the characters found in card games, video games, cartoons and other media since the brand was introduced in 1995. A tally of $43 million overseas so far and a 73 percent Rotten Tomatoes score indicate Warner Bros. may see early signs of success.

Justice Smith stars as Tim Goodman, whose father has recently gone missing under mysterious circumstances. Tim is also a former Pokemon trainer in a world where humans and the various Pokemon creatures live side by side but separated by a language barrier. To his surprise he one day comes across Pikachu (voiced by Ryan Reynolds), who considers himself a bit of a detective and who Tim can understand, to the surprise of both of them. Pikachu wants to help Tim find his father, putting the unlikely pair on a journey that will have them facing danger and encountering plenty of other Pokemon characters.

The movie, co-produced by Warner Bros. and Legendary, is the first attempt to bring the Pokemon franchise to the big screen in a decade and the first time it’s taken a hybrid live-action/animation approach.To that end, it’s given the movie a campaign that focuses heavily on those characters while also using Reynolds’ signature wit as a primary selling point. 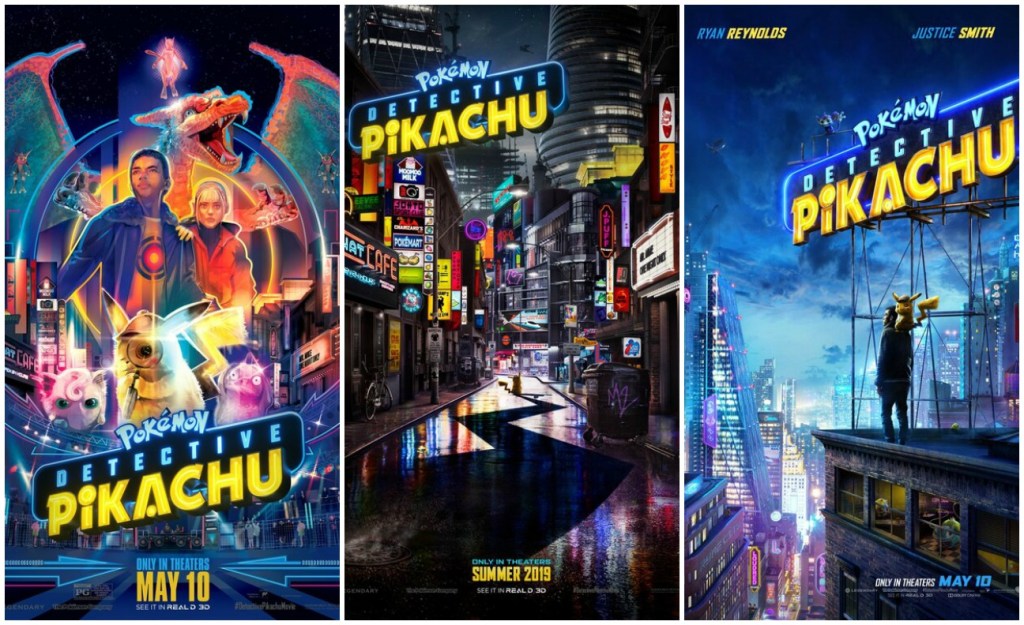 The teaser poster (produced by Legion Creative Group), released in November of last year, wants to introduce us to the world of the movie by presenting a narrow city street that seems pulled straight from Blade Runner and other futuristic science-fiction with lots of neon signs advertising different shops and eateries in English, Japanese or both. Pikachu stands alone in the middle of the street, his trademark lightning bolt hinted at by being shown as the shadow he casts on the cement.

In February the second poster (produced by the Art Machine marketing agency) was released, this one showing Pikachu perched on Tim’s shoulder as both of them stand on a building rooftop overlooking the city, the movie’s title shown as a brightly lit sign above them.

The Real3D poster shows Tim and Lucy Stevens (Kathryn Newton) in a brightly-lit piece of artwork featuring Pikachu and other Pokemon characters along with the same streetscape shown on the teaser and other scenes from the movie. The Dolby Cinemas poster showed Tim and Pikachu from behind as they faced the city, shown only within the outline of one of Pikachu’s lightning bolts.

On Nov. 12 last year, viewers were introduced as the first trailer (62 million views on YouTube) opens to a city that represents the peaceful coexistence of humans and Pokemon and meet Tim, who is bitter after dreaming of becoming a trainer. When he gets home and finds Pikachu in his apartment he’s surprised, no less so because they can actually understand each other. With that happening, Pikachu convinces Tim he’s his best hope to find his missing father. That leads the pair on all sorts of adventures involving lots of other Pokemon, both friendly and not so much.

The second trailer (27 million views on YouTube) from late February starts off taking Pikachu’s perspective as he talks about the amnesia he’s suffering from. He convinces Tim the two of them need to work together to figure out where the human’s father has disappeared to, an investigation that leads them into interactions with all sorts of other Pokemon characters. Showing off all those characters seems to be the primary purpose of this trailer, thought it also expands on the story slightly. 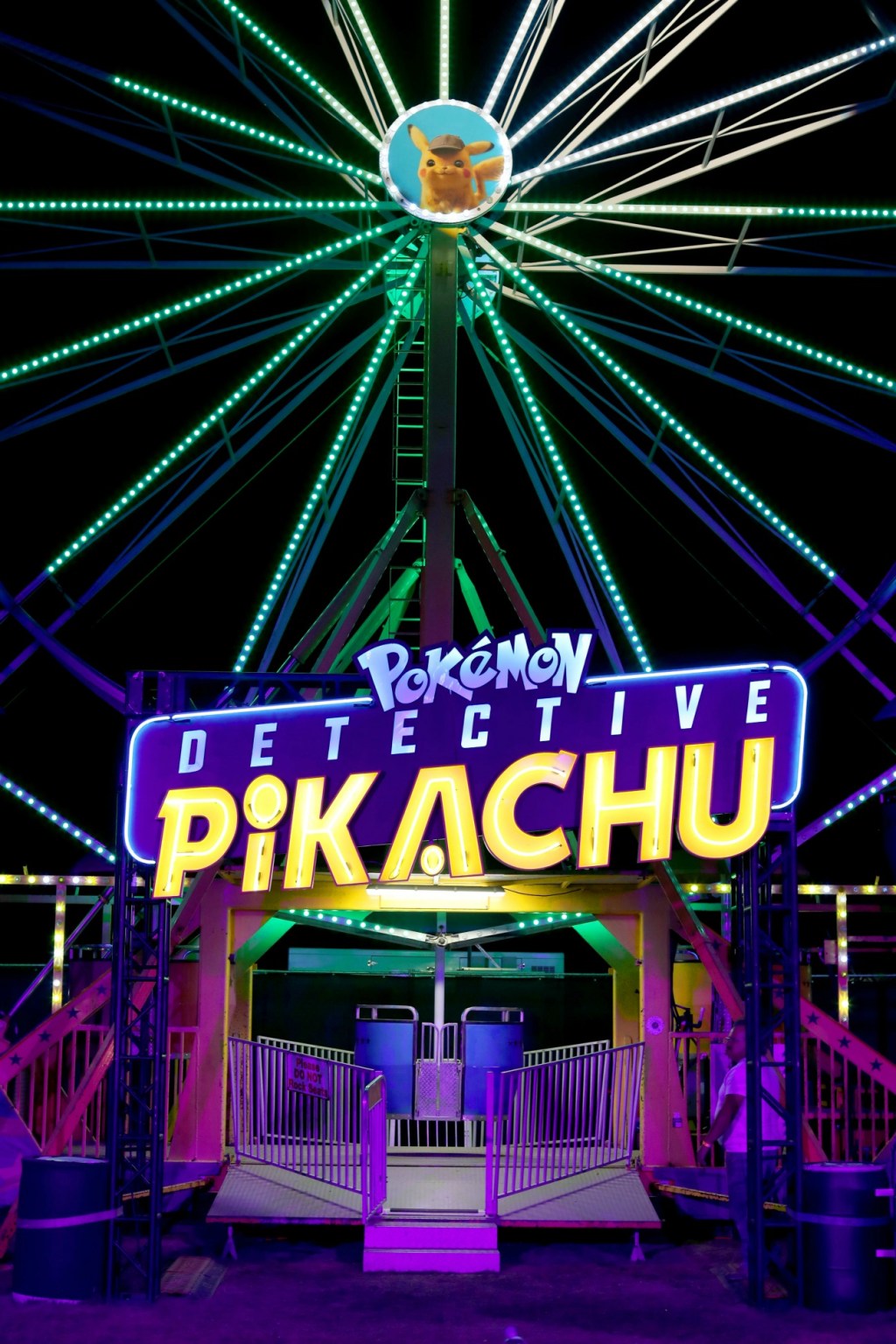 Unsurprisingly, the Pokemon parent company announced it would be releasing a whole new line of products tied to the movie, including new card games, apparel, toys and more, all scheduled to come out about a month before the movie hit theaters. Legendary was confident enough the movie would become a hit the company put a sequel in development in January, three months before the first one came out.

Beginning in mid-February, Warner Bros. started running paid ads including a TV spot that showed the basic premise outlined in the trailer but skips most of the setup, getting straight to the unusual partnership formed by Tim and Pikachu.

Nintendo also announced two new games — Pokémon Sword and Pokémon Shield — in late February as part of the overall renewed push around the franchise. Of course the popular mobile AR game Pokémon GO got in on the action, with maker Niantic announcing would add movie-themed levels for people to play.

In late February, a video from Reynolds had him discussing the lengths he went to while getting into character as Pikachu, including abandoning his children and ignoring his wife Blake Lively who also appears in the video and who wasn’t happy with her husband’s choices.

While the movie itself wasn’t at SXSW in March, WB did place posters for it there that featured a Snapchat code that, when scanned by users with the app, unlocked an AR experience featuring the main character.

The studio sponsored Neon Carnival, the super-exclusive party hosted by Brent Bolthouse, in April, bringing the stars of the movie as well as signage and live-action Pikachu for people to be photographed with.

One more video from Reynolds had him mimicking the look and feel of a lifestyle influencer on YouTube with a tutorial showing how he gets ready to play Pikachu, including drawing dots on his face and then working with a top-notch visual effects studio.

? 7-Eleven, which introduced photo filters featuring the movie’s title character and an augmented reality experience that had Pikachu roaming around stores. It also offered a handful of exclusive movie-themed products, including the new Hi-Hat Mocha – identified as Pikachu’s favorite drink.

? Google, which launched the POKÉMON Detective Pikachu Playmoji pack for its augmented reality Playground app on Android devices, allowing people to insert Pikachu and other characters into the real world.

? Casetify, which introduced a new line of Pokemon-themed smartphone cases just in time for the movie.

? Burger King, which put figures for six characters from the movie in its Kids Meal.

Reynolds put out another video in April of all the different Pokemon characters that had been recruited for the movie. On Earth Day there was a new video, set to “What a Wonderful World,” that showed some of the emotional story points audiences could expect along with the colorful characters.

AMC Theaters hosted advance screenings the week before release to help generate some word of mouth among audiences. Those happened around the same time the studio promoted the movie’s New York City premiere with a series of social updates following Pikachu’s trip to the red carpet.

More Pokemon hijinks were on display in an extended commercial a week before the movie was in theaters that didn’t feature much of the story but did include lots of jokes about Pikachu’s addiction to caffeine, signaling the studio felt humor was a key selling point for audiences.

One more video from Reynolds had him mimicking the look and feel of a beauty/lifestyle influencer on YouTube with a tutorial showing how he gets ready to play Pikachu, including drawing dots on his face and then working with a top-notch visual effects studio. 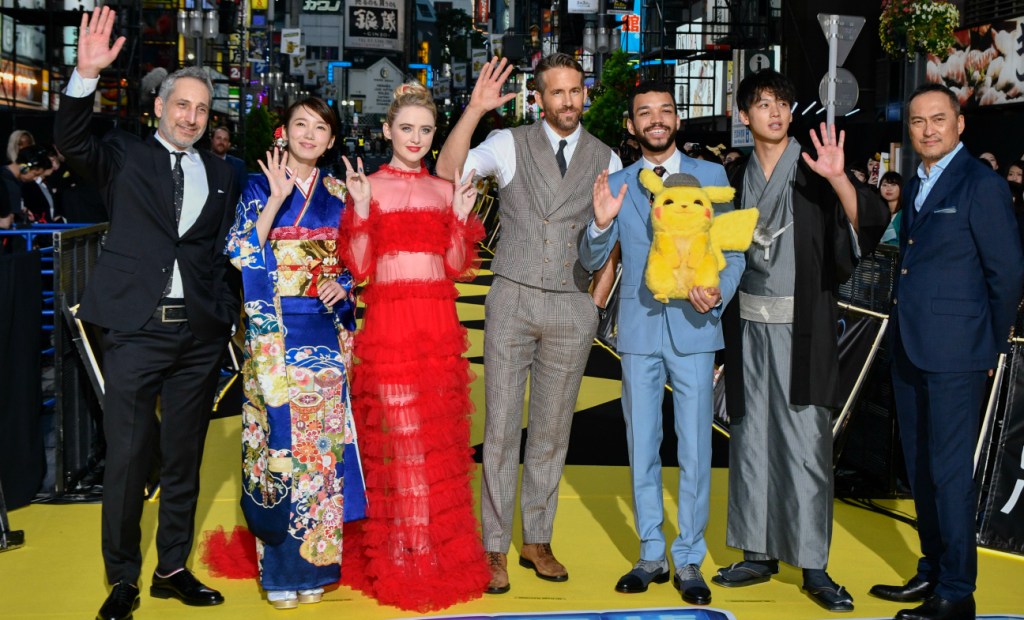 The Pokemon franchise is full of characters and world-building details. While the movie is focused on Pikachu in particular the campaign has nodded to the vast array of creatures and more that fans have obsessed over for more than two decades.

Each of the posters, trailers and commercials have been dissected as fans and commentators seek to find all the Easter Eggs that may be hidden, whether it’s Japanese language signage that, once translated, spells out the name of an unseen character or obscure Pokemon hiding in the shadows of a scene glimpsed only briefly, there’s been ample opportunity for fans to discuss the marketing materials at length. It’s activity that’s even encourage on the movie’s official website, which offers a magnifying glass visitors can use to explore the theatrical poster to find all the hints and clues.

For the more casual moviegoer, Warner Bros. has offered Reynolds himself as the central reason to see the movie, focusing the campaign on his bold personality and popularity among audiences. It’s even picked up where Fox left off in the two Deadpool campaigns, using the actor’s personal YouTube and other social media profiles as the platforms on which to launch various commercial, artwork and other materials. In that way, the final video he published where he takes the approach of a social media influencer is meta in that he’s poking a bit of fun at the concept even though in reality that’s exactly what both studios have counted on to help reach audiences.