There’s a scene in the opening minutes of Parfums Christian Dior’s new documentary Nose, about the life and nasal talents of François Demachy, that finds the iconic perfumer investigating fields of patchouli in Indonesia. Speaking French, Demachy says, “It’s very important to see the product in its natural habitat.”

In a way, that is the essence of the 70 minutes that follow but instead of the product on display, it is Demachy as he is filmed in various habitats including fields of patchouli in Indonesia, lush gardens in Grasse and behind his desk in Dior’s Paris headquarters. It’s a multi-continent journey through Grasse, Cannes, Madagascar, Sri Lanka, Indonesia, Shanghai, Tokyo and Calabrian, and other locales. As the man who creates all the fragrances for the Parfums Christian Dior, he has a huge job and is more comfortable behind the scenes, allowing movie stars like Charlize Theron and Natalie Portman to help sell his wares.

It was followed by a Q&A featuring moderator Brad Goreski joined by Demachy, the filmmakers and beauty and fragrance expert Erin Flaherty, who appears in the doc. To enhance the viewing experience, Dior delivered a VIP package that included an “Odorama” brochure to help augment the at-home experience with removable fragrance tabs to smell such scents as patchouli, Grasse jasmine, Grasse rose, Italian bergamot and Irish ambergris.

Asked why they pursued the film, de Kersauson said the duo felt there was a misunderstanding with what perfume is. “People think it’s beauty and luxury,” he said. “More than anything else, it’s a craft. We realized it has a lot of soul and deserved to be explored and shared with people.”

And who better to do that than Demachy. He said that the vision most people have of his profession is a person with disheveled hair in a white coat with all the accouterments of a lab setting. “I really wanted to share that perfume is, in fact, a chain and not just the work of one person.”

Beauvais was also quick to point out that perfume making is a craftsmanship that should rank alongside other artistic pursuits like painting, music, etc. Added de Kersauson, “The most important thing I’ve realized is that when you start smelling, it improves your life so much. You never want to go back. By being lucky enough to be more aware of that environment, I felt happier somehow. When you start smelling well, it’s like seeing in black and white to color.”

Goreski noted how the filmmakers traveled the world and encountered many characters along the way. Surely, there must have been some behind-the-scenes drama or “a meltdown at any point?” he asked.

Not so, said de Kersuason who summed up the main challenge as Demachy’s humility. “I think I was most impressed by that nature,” he said. “He’s very humble.”

On that note, when asked what he hopes people take away from the documentary and the first real glimpse into his life and work, Demachy turned the attention on the many in his industry who work to fill the bottles. “It’s really a chain,” he said, calling out the people who transform the raw materials, those that cultivate the harvests and all the manual labor that goes into feeding the pipeline. “It is craftsmanship from the moment when people invest to work on the raw materials until the final fragrance.”

As for the filmmakers, they both said they hope that their film boosts appreciation for the sense of smell. “Out of all the senses, it is the one that is underestimated,” said de Kersauson. “It got me in a better place. Understanding your environment is something that gives a lot of pleasure. I wish people would start smelling.”

Beauvais agreed and added that while it was impossible for viewers to smell the scenes reflected on screen, they worked hard to penetrate another sense in a way that could be complementary. “Music relates well to perfume — there are similarities,” he said, saying that the selections are “kind of pleasing” to the ears and not too niche. “The movement and the rhythms of fragrance [are similar to music]. It’s kind of constructed the same with top notes, base…so many analogies. It felt natural that the music would be a key element to make this sense of smell more approachable or understandable.”

Flaherty, a former top beauty editor at Harper’s Bazaar and Marie Claire, asked Demachy for an answer she knew he wouldn’t return: What do you want your legacy in the fragrance world to be? His humility again got in the way again, so instead, a suitable answer came from Flaherty even before she finished the question when she tried to sum up his standing. “You are the nose,” she said. 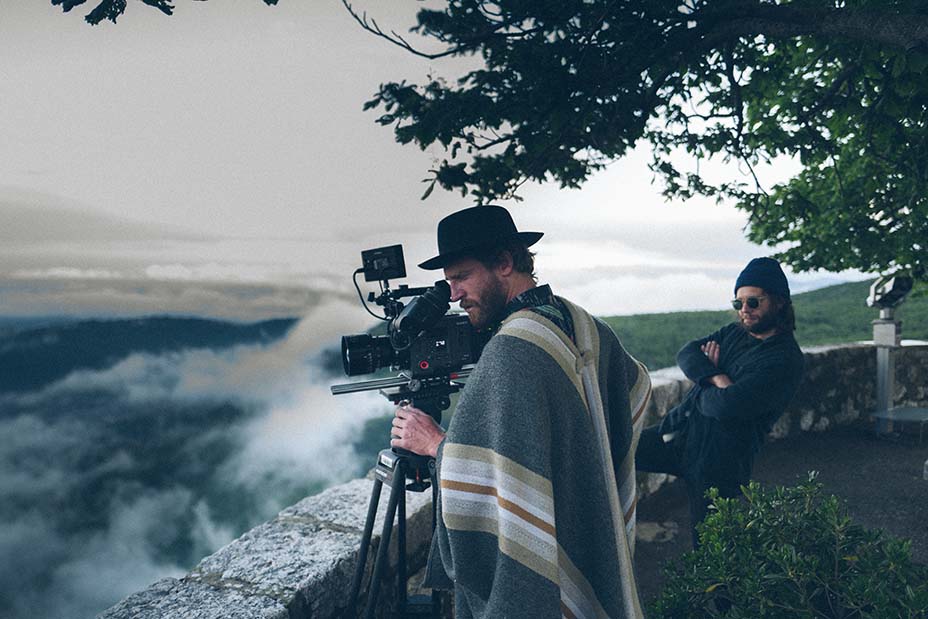