Animation allows filmmakers to imagine vibrant new worlds that should induce amazement while still making sure the “audience can identify with the experience,” explains Disney legend Glen Keane, the director of Netflix’s Over the Moon.

For Keane, one of the scariest parts of this movie was creating Lunaria, the city on the moon. “How are you going to create a world that’s so outlandishly wonderful and new, not earthly, the equivalent of Oz?” Keane says. “And how do you create a city on the moon that doesn’t look like it was from Earth? No matter what modern architecture I looked at, it always looked like something from cities such as Dubai or Beijing — modern architecture is so wild and creative and inventive.”

The New NYC Piano Bar in NoHo Loved by Hollywood

In the end, Keane took inspiration from the work of Spanish artist Joan Miró. “Miró’s work is so beautiful and childlike, with fanciful colors and shapes, like colorful orbs that float in space. It just feels like a child’s imagination,” he says, adding that, for the lighting, he even revisited the cover of Pink Floyd’s Dark Side of the Moon.

Visually, Lunaria was designed to convey the “emotional journey” in the film,” says Keane. It’s also an expression of “how tears have two sides. There’s the tears of joy and the tears of pain. Lunaria is born of [Moon goddess] Chang’e’s tears, so everything is glowing. There’s a beauty and a joy to it.”

Director Dan Scanlon faced different challenges in creating the magical world of Pixar’s Onward. Combining fantasy with suburbia, Onward is set in New Mushroomton, a world that includes magic — and is still populated by such inhabitants as elves and gnomes — but also has slowly embraced modern influences. 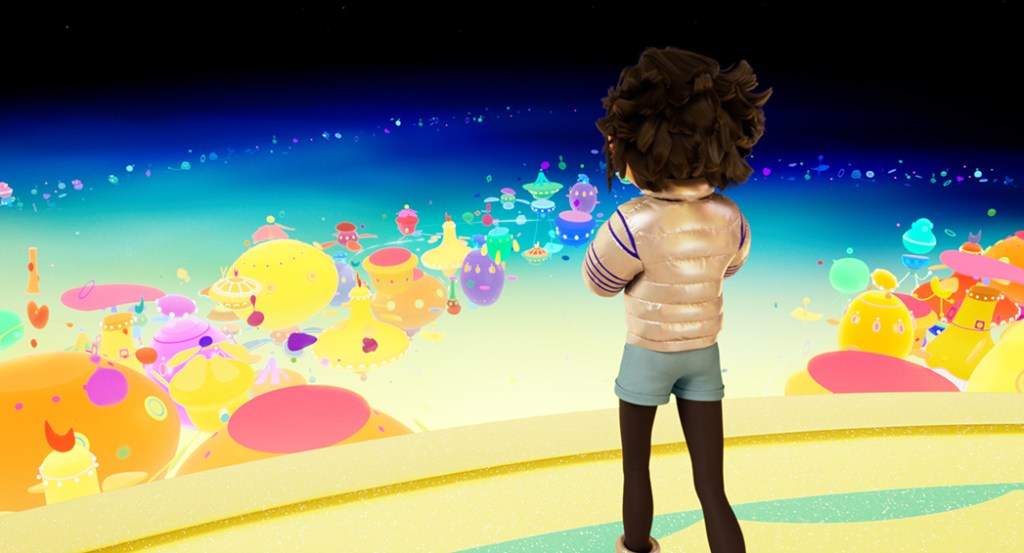 “We wanted this to be a world that had once been magical and fanciful and had lost touch with that,” Scanlon says, adding that the filmmakers found inspiration for its realism primarily in Los Angeles, while they looked for fantasy design themes in stories such as The Lord of the Rings. “We would design what it would’ve looked like — an old castle, magical mushroom house — and then add modern [elements], like a new porch that doesn’t quite fit the style, or a satellite dish. You don’t want to pair any one specific thing, so we tried to look at a lot of different things and see what were the running themes.”

WORLDS OF WONDER
These three other Oscar-nominated animated films feature fantastical universes, from alien habitats to the beforelife.

Stop-motion studio Aardman Animations gave this alien world an aquatic theme, which inspired its colors and patterns as well as its clamshell-shaped spacecraft.

In Pixar’s jazz-inspired fantasy film, the ethereal world of The Great Before took some cues from ancient sacred geometry and was made to feel “childlike” as the “home of newborn souls.” 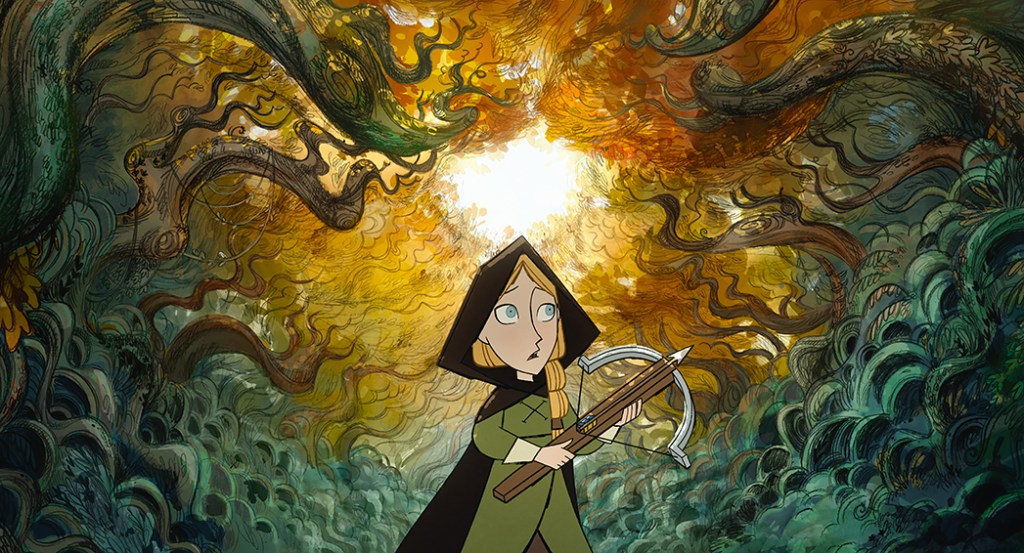 Cartoon Saloon conveyed the freedom of the lush forest with a hand-drawn, sketchy style of curves and flowing lines, an “almost rococo” aesthetic for the tale rooted in Irish folklore.