If Roger Ailes, the late chairman and CEO of Fox News, were still alive as President Donald Trump’s divisive campaign on behalf of the midterm election congressional candidates came to a thundering close, would he have doubled down on all the unsupported charges Trump made?

Alexis Bloom, who directed the new documentary Divide and Conquer: The Story of Roger Ailes, which Magnolia will release Dec. 7 and which will eventually air on A&E, considers the question a moment before responding. “I don’t know. Only Roger could answer that,” she says. “But the one thing we do know about Roger is that he was obsessed with maintaining his audience. How do you do that? In the current climate you do double down, and Fox hasn’t lost its audience. Would he, in private, have been dismissive of Donald Trump? I’m sure. Would he have tried to influence him? Yes, but I don’t think he would have been successful, because if there’s one ego that could take on Roger’s, it’s Donald’s.”

Bloom, who served as a producer on Alex Gibney’s 2013 We Steal Secrets: The Story of WikiLeaks, began the Ailes film (on which Gibney is an executive producer) near the end of 2016 — after Ailes had been forced to resign that summer in the wake of Gretchen Carlson’s sexual harassment suit, but before his death on May 18, 2017. The doc grew out of discussions she and Gibney had been having about doing a film on Fox owner Rupert Murdoch. “It became clear that Ailes was the creative genius behind Fox,” she says. “Murdoch was the money man. We just thought we live in that world — and that was prior to Trump.” 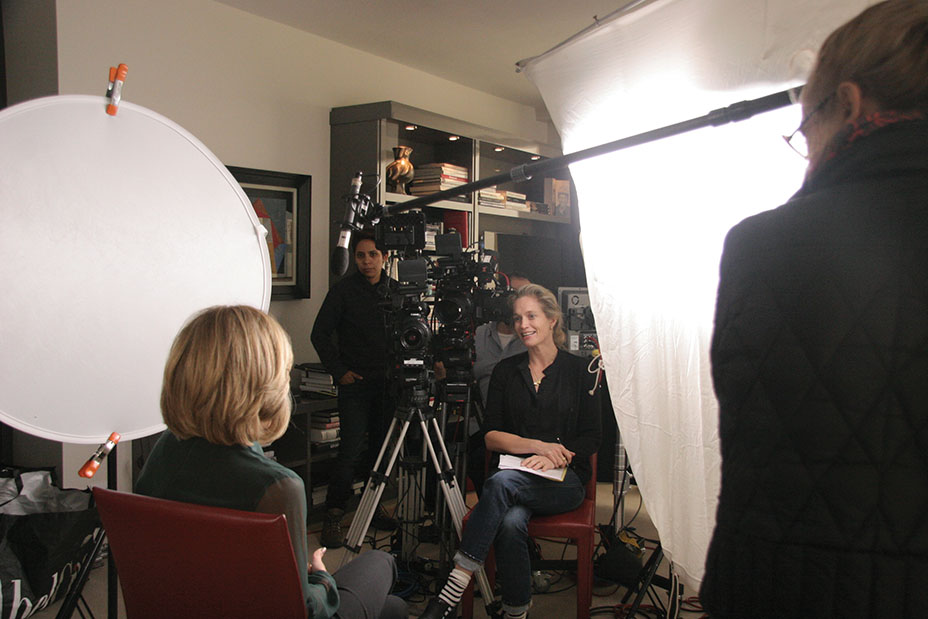 The trajectory of Ailes’ rise and fall may be familiar to media types: his early days as a producer of The Mike Douglas Show; his fateful meeting with then-presidential candidate Richard Nixon, whom he advised on how to make the most of TV; his days as the dominant Republican political consultant in the ’80s; his molding of Fox News beginning in 1996; and his eventual ignominious demise.

But, as Bloom embarked on the project, she discovered that “most people had no idea who he was. And when they did clock who he was, they almost exclusively thought of him in terms of sexual harassment.”

For her own part, Bloom says the discovery about Ailes that surprised her the most was “the depth of his paranoia. I didn’t know that he carried guns with him at all times. That the glass in his office was bulletproof. That he had such a level of personal security. I didn’t know that he was such a fabulist. We’d made a film about Julian Assange, who’s an unrepentant fabulist. At a certain point with Roger, I was, ‘Wow, he’s got that disease, too.’ The myth-making was profound. That he was as crazy as he was — that you could run a big corporation and be that unhinged.”

Ironically, she adds, Fox News appears now to have erased any mention of the man and his myth. “They stopped licensing all footage of Roger Ailes,” she says, though her film was able to get clips from other sources and through fair use. “They’ve almost expunged his presence at Fox. There’s no plaques of him. He’s a ghost there.”