In a matter of hours, the internet will light up with the impressions of True Believers who’ve finally witnessed Avengers: Endgame‘s closing moves and need to vent, knowing that whether they loved or hated the film, or something in between, there are always nits to pick.

But I, like Thanos, take the longer view, casting my attention back over the 11 years Marvel has spent occupying cinemas with its ever-expanding universe. I have some gripes, all of which arose long before the new film’s press preview. Which is to say that what follows is spoiler-free, though each of these issues remains, or is compounded, in Endgame.

There’s a deeply phony moment in Endgame‘s climax that pays tribute to the women of Marvel.

Viewers will not be fooled. Forget for a second that the MCU started off by glorifying a billionaire misogynist and took 11 years to let a woman occupy even half a director’s chair; or that Marvel let the body-spray bros over at DC, of all people, make the first great comic-book movie about a woman. Even if gender equity weren’t a concern, it made sense to give Black Widow her own film long, long ago.

Look at Hulk and Thor. Each got a big crack at solo-movie stardom, and when audiences yawned, they got to return in sequels and reboots. (Hulk’s first misfire was made by another studio.) They’re like the guy at the office who keeps blowing big assignments and gets promoted anyway. Sorry, Julie, but we’ve invested too much in Bob to let him fail.

Remember how, six years into this Marvel Studios thing, people went crazy for Guardians of the Galaxy because it was such a break from the superhero template? Imagine if years earlier, the fourth MCU movie had been not the muscle-headed Thor but a fleet-footed, no-supervillains espionage pic starring Natasha Romanoff. Marvel’s world would have been much more interesting. And if fans liked it, there could have been more — maybe keeping Scarlett Johansson busy enough to turn down the great-looking dud Ghost in the Shell and Luc Besson’s imbecilic Lucy. 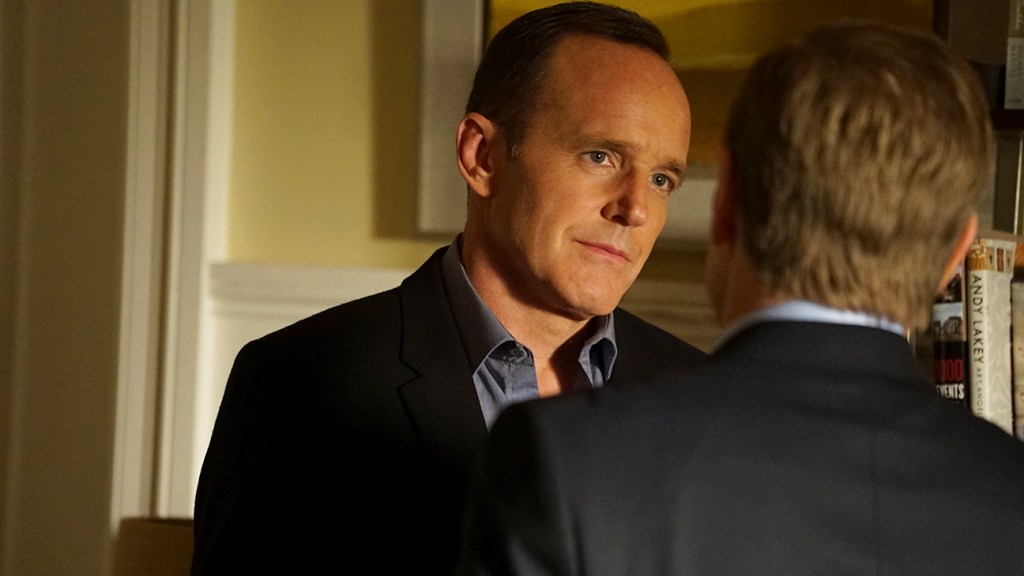 Where Are the Mortals?

Everybody knows that superheroes need ordinary people around them. Not just love interests and comic sidekicks, but humans who make up the world the dude with the cape is trying to save — and who sometimes are essential to that mission. Marvel gave us a great one in its very first film: Clark Gregg’s wry, in-the-know operative Phil Coulson, quietly charismatic enough in Iron Man to stand up to a showboating Robert Downey, Jr. Then it killed him before the Avengers were even a team, only un-killing him on the small screen for a SHIELD TV spinoff.

If an ordinary human character happens to be played by one of Marvel’s director/producers, be assured that this very important chauffeur will remain a presence onscreen for years. But if she’s merely a highly skilled intelligence operative (Emily VanCamp’s Sharon Carter) or Nick Fury’s right-hand woman (Cobie Smulders’ Maria Hill), who knows? Maybe she’ll be lucky enough to stand in the background of a scene or two with no dialogue. What’s the point of this whole “shared universe” thing if we don’t get an occasional cameo by an MVP like Michael Pena’s loquacious ex-con from Ant-Man?

Keeping folks like that in the mix serves a cynical purpose as well: Actors earning a small fraction of the headliner’s salary are less likely to outgrow these movies; their characters’ presence over many years would offer continuity in a world where the biggest heroes occasionally die, pass the baton to newcomers, or what have you. 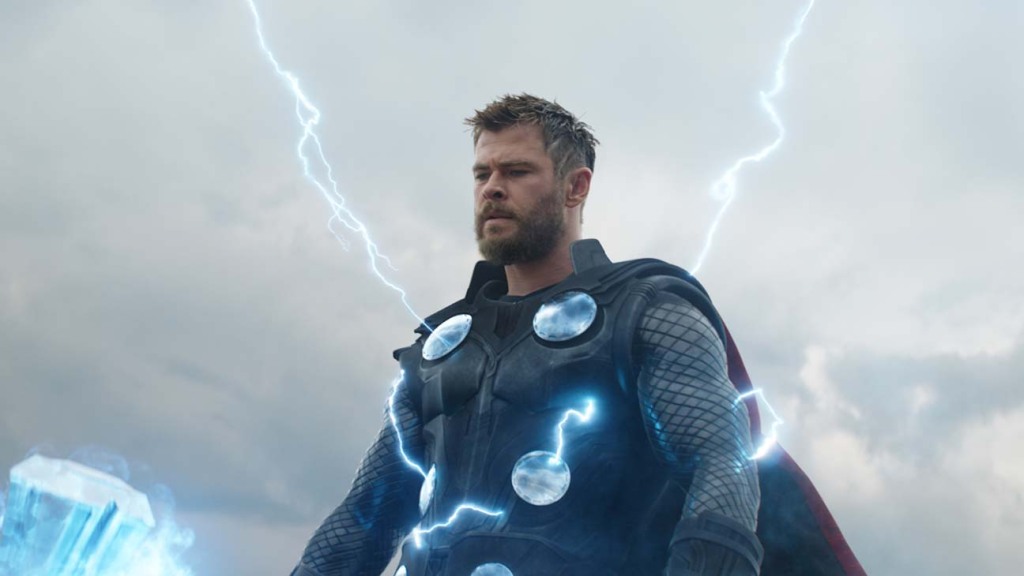 Asgard’s most famous slab of beefcake has not, to put it mildly, been the most coherent character onscreen. A generous observer could say he has evolved, from condescending god to Falstaffian buffoon; others might believe the powers that be have just kept throwing things at the wall to see if anything would finally make viewers care. Filmmakers were never clueless enough to play the Son of Odin totally straight, but his level of arrogant cluelessness has fluctuated with the weather, and sometimes been a poor match for the Wagnerian royal dramas he’s supposedly wrapped up in. Chris Hemsworth has gamely rolled with the punches, and, sure, there have been charming moments over the years. But the indignities inflicted on him in Endgame are far too much to be believed, and fans with any love for the big dude may pray he’ll finally join his one-eyed dad in Valhalla. For eternity. 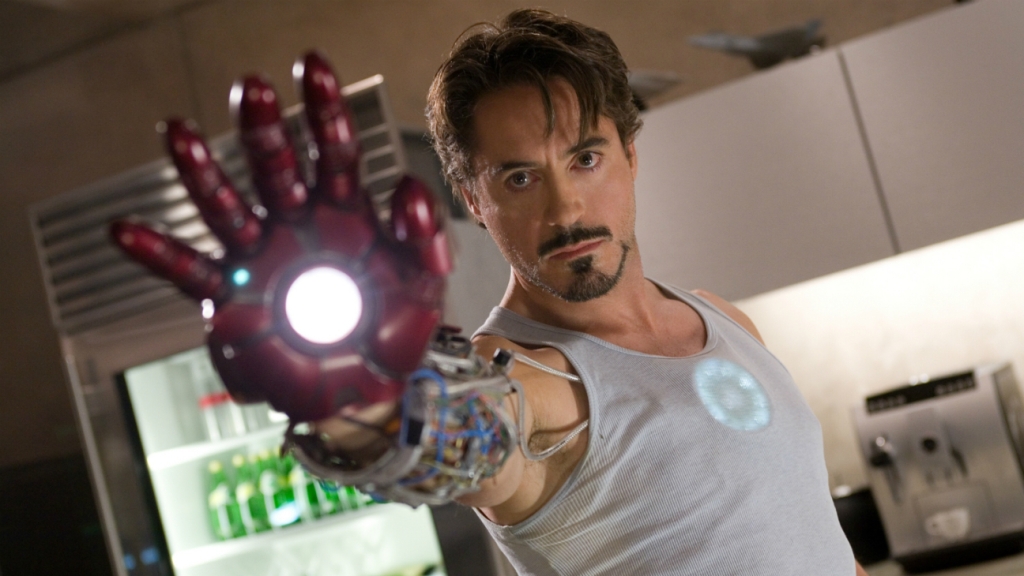 Where’s Elizabeth Warren when you need her? Taxing a giant chunk of this industrialist’s wealth wouldn’t just be the right thing for America. It would introduce the kind of limits that almost always improve make-believe scenarios.

Starting in Iron Man 3 (with some foreshadowing in the second film), we start to intuit problems with the idea that Stark can just build as many variations on his weaponized flying suit as he wants, and can let his artificial-intelligence butler fly them all remotely. First question: Why do you need to be there in person, Tony? Why risk the possibility that Ivan Vanko or The Mandarin will poke a hole in your suit and kill you, if you can just sit at home with a cocktail and have a drone duke it out?

In Age of Ultron, this dilemma spilled out beyond the Iron Man films. We learn that Stark has built an “Iron Legion” of tin men, and in the opening action sequence he uses them — not to save his fellow Avengers as they take heavy fire from Hydra agents, but to stand motionless in crowds of civilians, repeating “we are here to help.” Would there have even been a risk of civilian casualties if those ‘bots had pounced on the bad guys alongside our heroes?

When behind-the-scenes corporate maneuvering finally allowed Marvel Studios to bring Spider-Man into its realm, the studio couldn’t let Stan Lee’s greatest (co-)creation be himself. Peter Parker can walk on the ceiling, swing past skyscrapers and lift trucks over his head; naturally, Tony Stark saw room for improvement. He gave Pete a spider-themed Iron Man suit, presumably because Spider-Man: Homecoming thought it needed to offer fans something two previous cinematic incarnations of the character didn’t. Then, in Infinity War, Stark has a Spidey-themed spacesuit sitting around in his closet, waiting to be rocketed into the stratosphere at the instant Parker finds himself stuck to the side of a spaceship nobody knew was coming. That’s a level of preparedness even a trillionaire Boy Scout might find excessive.

As before, the issue isn’t only that infinite resources make it much less exciting to see a hero get himself out of trouble. It’s also the distracting questions that arise. If Stark cares enough to build armor for a super-strong kid he’s never met in Queens, why has he let his non-powered pals Black Widow and Hawkeye risk their lives alongside him without protection? Why hasn’t he strapped some rockets to Captain America’s arms? Given Pepper Potts a handbag that turns into a bodyguard? You get the idea. Stark’s ego is boundless; his powers should be tethered to some kind of reality.

It’ll be great if the events of Endgame somehow lead Parker to emerge from Stark’s shadow, relying on his own arachnid-given powers and leaving the armor suits to others. I’m not holding my breath.

How DC Has Weathered Corporate Change Before

'Night of the Cadillacs' Is a Horror Comic Rooted in L.A. Diners and Dive Bars