From her sharp, angular features to her piercing hazel eyes, the actress makes an instant impression that she has parlayed into a decades-long career in Hollywood.

“Everybody has a different way of getting somewhere and it’s not the same formula for everyone,” Aarons tells The Hollywood Reporter. “I can say I’ve had a difficult time. I’ve literally been told, ‘Oh, no one is interested in seeing you. No one wants to see somebody that looks like you on TV.’ ”

Aarons — whose résumé includes such roles as the Bum in David Lynch’s Mulholland Drive, Crackhead Bonnie in David O. Russell’s The Fighter, and the titular nun in James Wan’s The Nun — has thick skin. She persisted in her dreams of making a living as an actress, undeterred by the “jarring” and “unsettling” comments she often heard from casting directors. “If you really want to do something, you keep doing it,” she says. “It didn’t make me stop. Umpteen years later, hey, James Wan thinks I’m beautiful enough.”

As it turns out, Wan — who gave Aarons her role as the demonic nun Valak in 2016’s The Conjuring 2 —  was right to bet on the actress. This year’s The Nun, a spinoff in the director’s popular Conjuring universe of horror films, was a massive hit, earning $350 million globally and cementing itself as the highest-grossing entry in the series.

“When I got the job to direct The Nun, one of my first questions was, ‘Is the actress who played her in The Conjuring 2 available?’ ” The Nun helmer Corin Hardy says. “I think about the legacy of marriages between an actor willing to fully give themselves to embody an iconic horror villain, like Boris Karloff and Frankenstein or Christopher Lee and Dracula or Robert Englund as Freddy in A Nightmare on Elm Street and I feel now you can add Bonnie Aarons as the Nun to that list.” 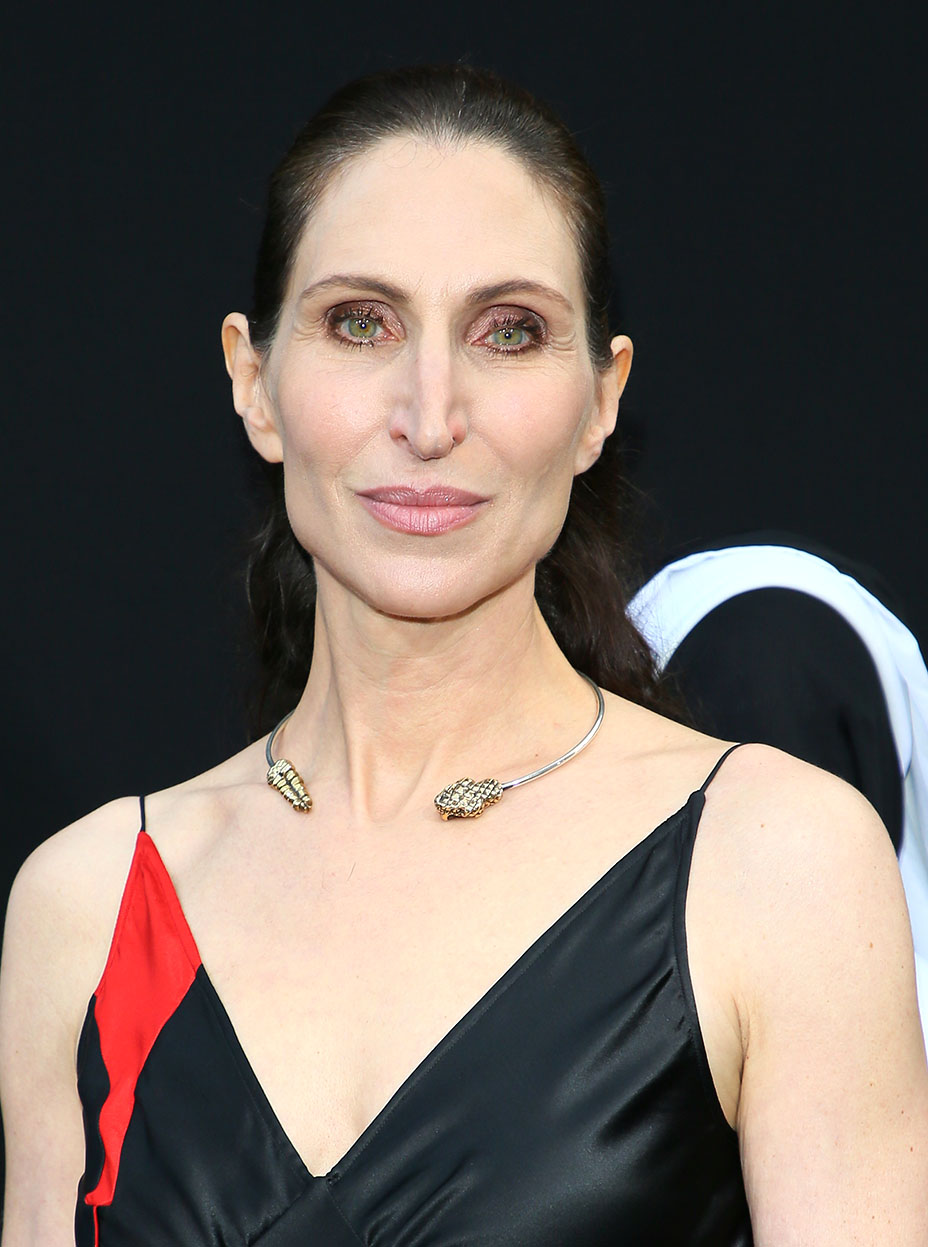 “Bonnie has an incredibly striking look; a wonderful and unique, subtly asymmetrical face that you somehow cannot pin down in a single glance. It draws you back and before you know it, you’ve become hypnotized by her and there’s no getting away,” Hardy says of the actress. “But there is also a beautiful, softer, classic Hollywood movie star lurking behind those pale, alluring eyes.”

Aarons has maintained a steady string of credits over the past 25 years, but she is not the only actor to build a career from playing monsters.

Doug Jones, a lanky athletic performer who stands 6-foot-3, is among the most well-known monster actors on the planet. Last year, he starred opposite Sally Hawkins in Guillermo del Toro’s best picture Oscar winner The Shape of Water, but his role as a romantic leading man differed slightly from the norm: Jones played a fishman/demigod from the depths of the Amazon. 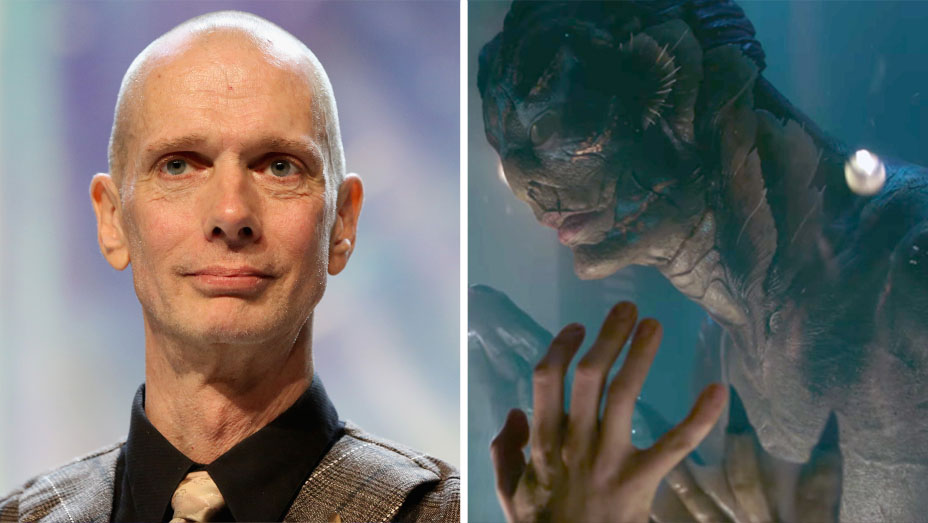 It wasn’t Jones’ first brush with Oscar. The actor had been at the center of del Toro’s 2006 Spanish-language fantasy drama Pan’s Labyrinth, a film that changed his career. “I was the go-to actor to talk to because I was the only American actor in the film who spoke English as a first language,” he explains.

The glamour of the biggest night in Hollywood was a far cry from Jones’ start in Hollywood. “This all happened by accident for me. Being a tall, skinny, goofy fellow, I connected with sitcoms and Gomer Pyle and Barney Fife. Those were the guys I wanted to be,” Jones tells THR. “Somewhere along the way I got intercepted and started doing commercials because I had mime and contortionist on my résumé. That often came with costume and makeup applications.”

Among those early commercial roles for the young actor was a dancing mummy for Southwest Airlines, an alien for a toy company and, in his first big break, the role of a piano-playing lounge singer with the head of a crescent moon in McDonald’s’ late-1980s ad campaign, “Mac Tonight.”

“That became a 27-commercial run, and that was a really great gig. I bought my first house,” Jones recalls. “That commercial campaign marked me as the tall, skinny, goofy guy who moves well and wears crap on his face and doesn’t complain about it. That reputation worked its way through the makeup effects and creature world. The blessing of all this is that I have built a career based on referrals.”

Having strong references can lead to serious inroads in Hollywood, but forging a path for oneself can also open the door. Case in point, Aarons’ first big break.

“There’s this bar called Residuals Tavern in the Valley, and I was told to go there because a lot of bigwigs hung out there,” Aarons says. “So, I went and I’m sitting at the bar and there’s a lot of bigwigs there. They’re playing this bar game where someone writes a question on a piece of paper, they hand it to another person and that person says an answer without revealing the question.”

Eventually, Aarons was passed a slip of paper. “The question was, ‘What would you say to me if I told you that you have a beautiful pussy?’ So, I said, ‘Well, you haven’t even seen my cat.’ Everybody fell off their seats,” she says.

One of the “bigwigs” she impressed was director Garry Marshall. “I’m walking back to my car in the parking lot when all of a sudden it’s Garry Marshall chasing me going, ‘Miss, wait a minute, wait a minute. I’m Garry Marshall,’ ” the actress says. “I go, ‘I know who you are,’ and he says I must be a writer or actress or something and I tell him I’m an actress and I’ve been having a lot of trouble [booking roles]. I told him that a lot of people don’t think I’m pretty, so I asked, ‘Would you put me in a movie?’ And he gave me his number.”

That chance meeting at a Studio City watering hole led to Aarons’ first big-screen credit, the role of the prostitute in Marshall’s 1992 film Exit to Eden.

The actress hopes her story can inspire others with “non-traditional” looks hoping to make a living in front of the camera. “If they want to, they’re going to go after it,” she says.

Jones, similarly, aims to provide an example for the next generation. “The torch that I have been carrying has always been: We are actors first. Any young actor who comes up and says, ‘I want to be a creature,’ I say, don’t set out to be monsters. Set out to be a really good actor,” says Jones.

Among those younger actors is Jason Liles, a 31-year-old with a rail-thin frame similar to Jones and a towering 6-foot-9 stature. Liles has booked roles as Ryuk in Netflix’s 2017 film Death Note (Willem Dafoe provided the character’s voice) and George the gorilla opposite Dwayne Johnson in this year’s Rampage.

“I see it as accepting your differences, embracing it and using it,” Liles says of his look. “You have something that very few people on the planet have the combination of. There’s no one like you. I don’t know what I’d do if I was just a 5’10” Average Joe-looking guy. It’s so important to accept who you are, no matter what you do.” 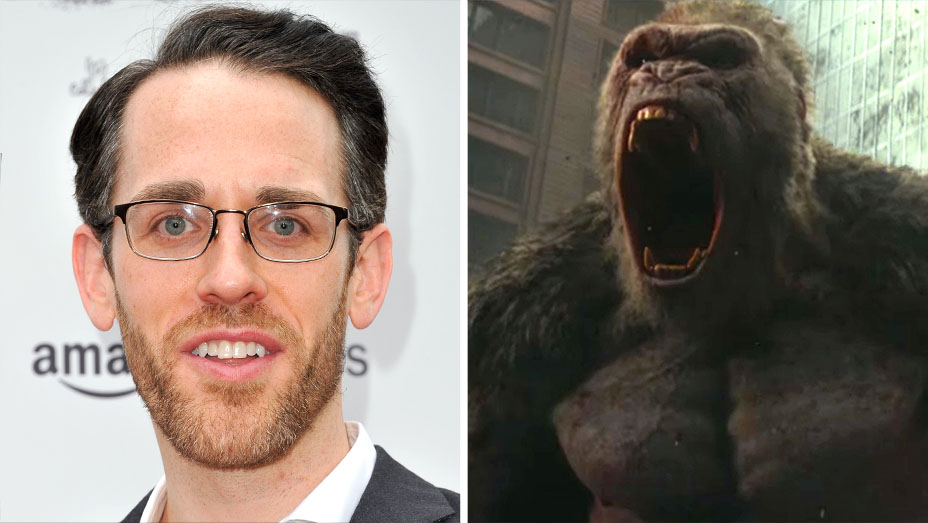 “I’ve been kind of mentoring him,” Jones says of Liles, whom he met at a workshop in New York a few years ago. “I am very, very proud of him.”

While there are a handful of actors who have built careers bringing creatures to life, it can be hard going. While background talent often get a pay bump for sporting prosthetics or heavy makeup, a representative for SAG-AFTRA tells THR that a principal actor is a principal actor, regardless of what they’re wearing. So, despite having to do their job in layers of heavy rubber, plastic or silicone, the pay’s often the same as their co-star in a T-shirt and jeans.

“I try to advise other actors not to be defined as or refer to themselves as a ‘suit performer,’ because that’s a downgrade,” Jones says.

The key, according to Aarons, to a long-lasting career as an actor who creates a non-traditional path is persistence. “You keep going, no matter what. No matter how many people told me I was too ugly, I still went after it,” the actress says. “To have a passion for something, you’ll find a way.”